I’m not about to wade in to the acrimonious debate going on here in Israel over the exemption of Haredi Yeshivah students from enlisting for some form of military or national service. I will say, though, that the policy of general conscription of all men and women eighteen and older, and the voluntary alternative of Sherut Leumi, National Service, is valuable not only for defense of the country and strengthening the social fabric, but also for spiritual growth for individuals and for the nation as a whole.

The period of military service is a time in which young people mature rapidly as they take on serious responsibility for national defense, and create strong bonds of camaraderie that last a lifetime. The experience of Sherut Leumi also provides opportunities for maturation through taking responsibility in significant work that really helps others. People can volunteer in schools and educational organizations, in hospitals and health clinics, in homes for the elderly, in social work positions helping disadvantaged communities, struggling immigrants or teens at risk, and other organizations. It’s all about helping others. Up here in Tzfat, at Livnot U’Lehibanot, an educational organization we work with that helps young Jews from the Diaspora get in touch with their Jewish heritage in an open and supportive way, Bnot Sherut Leumi are essential members of the staff, and they put their heart and soul into the service they do.

This week’s parashah begins the Torah’s account of the sacrificial service in the Mishkan that is the central theme of the entire book of Vayikra. The Rambam presents and analyzes the laws of sacrifices in careful detail in his great halakhic work Mishneh Torah. In his great philosophic masterpiece Guide of the Perplexed, however, he regards animal sacrifice as a relatively primitive form of service that was restricted to one place, the Holy Temple, and presided over by one tribal family, the Kohanim. This allowed the rest of the nation to shift emphasis to the more purely spiritual service of tefillah, and he hints that eventually emphasis may shift to meditation and a more contemplative service that relates to God through pure thought, though all three forms of service remain in effect when feasible (3:32). The Ramban, Rabbi Moshe ben Nachman, defends the spirituality of the sacrificial service. He notes that the term for sacrifice, korban, means drawing close and oneness, and cites Rabbi Avraham Ibn Ezra’s explanation that by rights, if a person commits a transgression against God with body and soul, he should forfeit his own body and soul in penance, but by God’s graciousness we are permitted to substitute the blood of an animal for our blood, the soul of the animal for our soul. The service of animal sacrifice is to drive home to us the awareness that it is really our own souls we should be delivering to HaShem (Torah Commentary, Lev. 1:9).

This conception of the sacrificial service is alluded to in the Gemara Hagigah, where Rabbi Shimon ben Lakish enumerates the seven levels of Heaven and their functions. The fourth level is called Zevul:

Zevul – in which there is Jerusalem and the Holy Temple, and the altar is built and Michael the Great Officer stands and offers upon it a sacrifice.

This level is the location of the heavenly Jerusalem, the inner ideal of the earthly Jerusalem. There the mighty angel Michael serves as a kind of Kohen Gadol offering sacrifice. But what is the sacrifice he offers? The Ein Yaakov has an alternative text of the Gemara that adds the following:

Do you think that there are cows and sheep there? Rather, what does he offer? The souls of the righteous.

Most medieval commentators interpret this to mean that the angel Michael receives the souls of righteous people after death, especially martyrdom. Their sacrifice on the heavenly altar means they are elevated to even higher realms in the afterlife. This reading takes its theme from the earthly Temple, which, however holy, used death as a vehicle for translating the soul of a sacrificial animal to the spiritual realm. But Meir Leibush ben Yehiel Michel Wisser, known as the Malbim (1809-79), a more modern commentator, has a more subtle interpretation:

Every transgressor blemishes his body by his action and his soul by his thought. He offers an animal place of his body, and by devoting his soul in thought at the time of the offering of the sacrifice he repairs the blemish of the thought of his soul, and Michael stands in the heavenly level of Zevul and offers the self-devotion above as a sacrifice.

The Malbim’s view takes into account that the heavenly Temple, while parallel to the earthly Temple, works on an entirely spiritual level. The earthly Temple runs a holy barbecue. In the heavenly Temple the sacrificial currency is thought. The thoughts that are offered by the angel Michael on the heavenly altar are the precious living thoughts of devotion and self-transcendence of good people living in this complicated world and trying to fix their mistakes. The concept he references is mesirat nefesh, giving one’s soul. This is the true meaning of avodah — service, not just in the context of Tshuvah but at all times – service of God by going beyond ourselves.

This may be one of the deep reasons that the destiny of Am Yisrael required us to pass through the experience of Egyptian enslavement and divine redemption. We learned the meaning of avodah – service to others. We learned it in its debased sense, as slavery, and in its higher sense, transfigured into service to God. We re-enact this process on a much smaller scale as we prepare our homes for Pesach, cleaning and kashering to get rid of hametz. At the Seder, we begin by proclaiming over the Matzah “this is the bread of affliction.” By the end of the Seder we hold up the Matzah and say it is the bread of redemption. We are still eating the same bread – but now we are serving God in self-transcendent freedom.

Here, I extend my deep respect to the young men and women who serve in the Israel Defense Forces and Sherut Leumi, all those who combine military service and Torah learning, all those who learn with total mesirat nefesh, all those who continue their service in the reserves, all those who help others in countless ways and contribute to the health and well-being of our society. Going beyond themselves, giving of themselves to protect others, to help others with a generous and mature spirit, they fulfill the very highest Torah ideal of service. 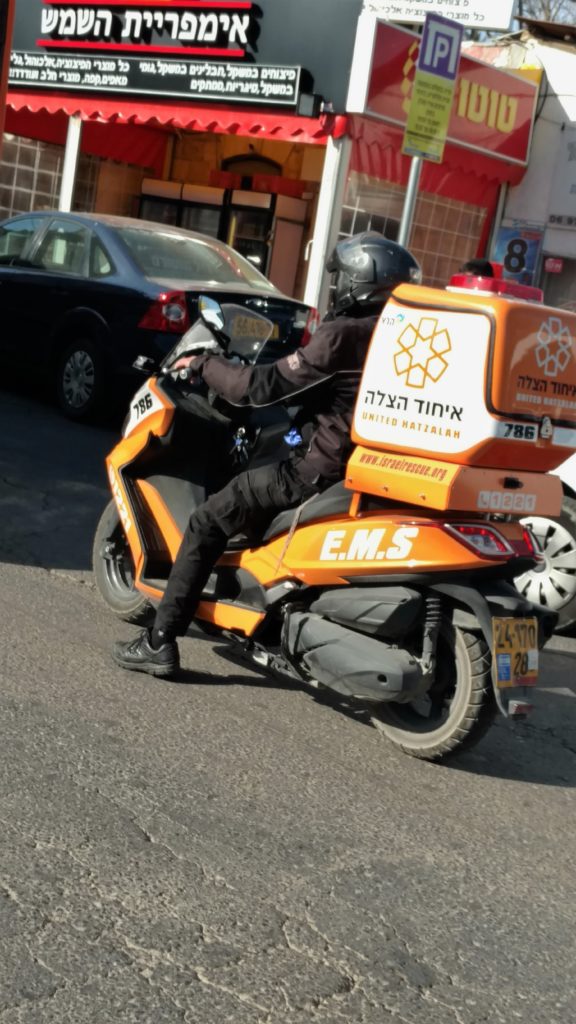