This week we attended the wedding of a young couple in Tzfat. The Kallah is the daughter of a wonderful family we have come to know here, the brilliant artist Yoel Tordjman and his wife Miriam. She married the son of one of the oldest and most distinguished Tzfat families, the Shebabos, who, since the sixteenth century, have been official caretakers of one of the most special of the many special Batei Knessiot of Tzfat, the Beit haKnesset Rabbi Yosi Banai, also known as Beit HaKnesset haTzaddik haLavan – the Synagogue of the White Tzaddik. This is the oldest intact synagogue in Tzfat, built by Sefardic Jews in the fifteenth century and surviving two earthquakes and the battle for Tzfat in the War of Independence.

The chatunah was according to Sefardic custom. Among the significant differences from Ashkenazi weddings is that the Chuppah itself is regarded as the essential cheder yichud, the chamber of union which officially establishes the marriage. In Ashkenaz custom, right after the Chuppah the couple retires to a small private room together for an intimate meal. But in Sefardic custom this is not technically necessary – the ceremony in the Chuppah seals the marriage. This actually follows the essential halakhic concept of the Chuppah as described in the Gemara, both the Yerushalmi and the Bavli, and as explained in detail by the Vilna Gaon (Even HaEzer, 55:9, Sota 24). Traditionally it has a canopy as well as curtains on three sides, a tent that enfolds and embraces (Tosefta Sota 15:9), and so it was at this wedding. But the Chuppah is not exactly private. Along with the Chatan and Kallah, members of both families, the officiating Rabbi and all those called for honors packed in there and the rest of the guests crowded around – at typical boisterous Israeli weddings no one sits, everyone just packs together around the Chuppah.

The enclosed Chuppah is actually like a little Mishkan, a Tabernacle, and there are a number of parallels. It’s set in a public space, yet it’s a place for intimate union, and in rabbinic midrash the relationship between HaShem and Israel is compared to a Chatan and Kallah who meet in together in the Mishkan. Both the Chuppah and the Mishkan have a temporary quality – with soft, flexible curtains, not stiff walls, and both are meant to be put up and dismantled and on the move.  And both are places of transition, gates of passage.

Rabbi Menachem Recanati, fourteenth century kabbalist and Torah commentator, gives us the key to understanding the significance of the Mishkan, whose construction and complete assembly is described in this week’s parashah. He notes that the central symbol of the Mishkan is the Keruvim, angels whose representations are woven into all the curtains of the courtyard and tent, woven into the Parokhet, the sacred curtain that divides the Holy of Holies from the rest of the Mishkan, and sculpted in gold over the sacred Ark (Perush al haTorah, 15c). If you were a Kohen Gadol, a High Priest making your way through the entire Mishkan, you would see the images of Keruvim everywhere you looked. According to the Gemara Hagigah 13b, these angels have the faces of children, and this is how they are depicted in non-Jewish medieval art. But while medieval cherubim are styled as playfully fluttering around, the Keruvim of the Torah are not playing around – they are the awesome angels who are said to guard the entrance to the Garden of Eden, along with a flaming sword that turns every which way (Gen. 3:24). And this is the key to the meaning of the Mishkan: it is the moveable gate to the Garden of Eden traveling with the Children of Israel. That it is guarded by angels with the faces of children means that to be worthy to regain entrance to the Garden of Eden we need to have the consciousness of children  — pure, innocent and totally open.

Just as the Mishkan is a tent of transition, the gate to ultimate human enlightenment and fulfillment, so, too, the Chuppah is a tent of transition, the gate that opens to every Jewish couple on their journey to build their home together and make it their own Gan Eden. Each Jewish couple becomes a kind of reincarnation of Adam and Eve, and this theme is woven into the berakhot we say for them under the Chuppah. With all the wise advice available from wise people over the generations about how to cultivate a happy and fulfilling marriage together, the Mishkan and the Chuppah also encode some valuable insight. They are spaces suffused with Torah spirit, enclosed to foster intimacy, yet open to welcome family and friends, made of soft and flexible material, not fixed in place but moveable, and infused with the consciousness of children –  open to change and growth and joyful wonder together.

We sense these qualities in the Chatan and Kallah whose wedding we celebrated this week – their purity, their joy, their sense of commitment as they embark on their life journey together. The Kallah’s father, artist Yoel Tordjman, is engaged in an ambitious art project that is also about spiritual journeys. He has gathered 613 of his extraordinary abstract paintings and is working to arrange their display in a moveable installation on twelve of the most dramatic bridges in twelve countries around the world. The 613 paintings represent the 613 mitzvot of the Torah, which are themselves bridges between earth and Heaven, and he hopes that his art will bring all humanity together in peace and solidarity and shared spiritual awareness.

The bridge, the Mishkan, the Chuppah are all dynamic symbols of journey and connection. The truth is, we are all on a great journey together towards ultimate human enlightenment and fulfillment, towards the once and future Garden of Eden. 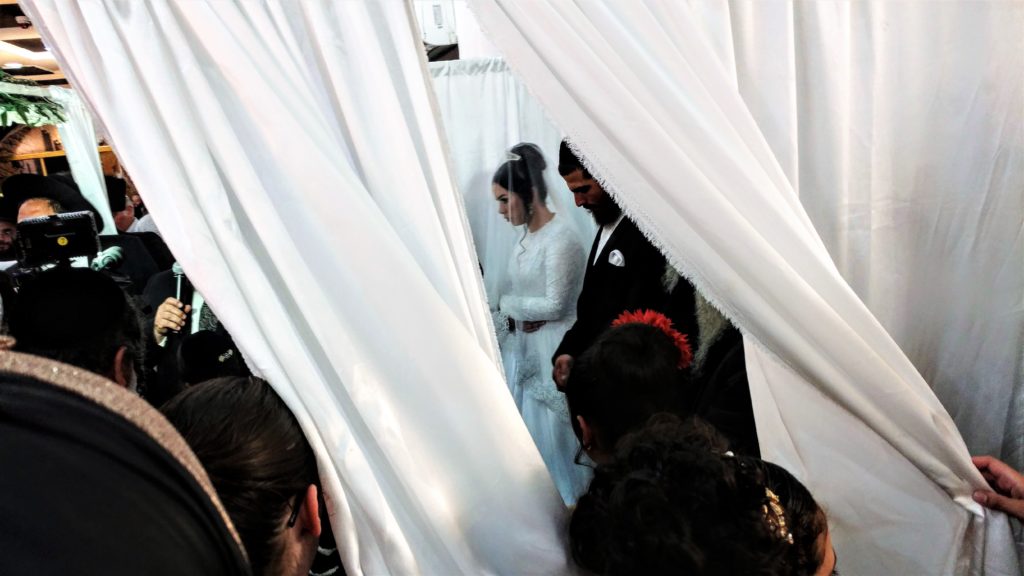 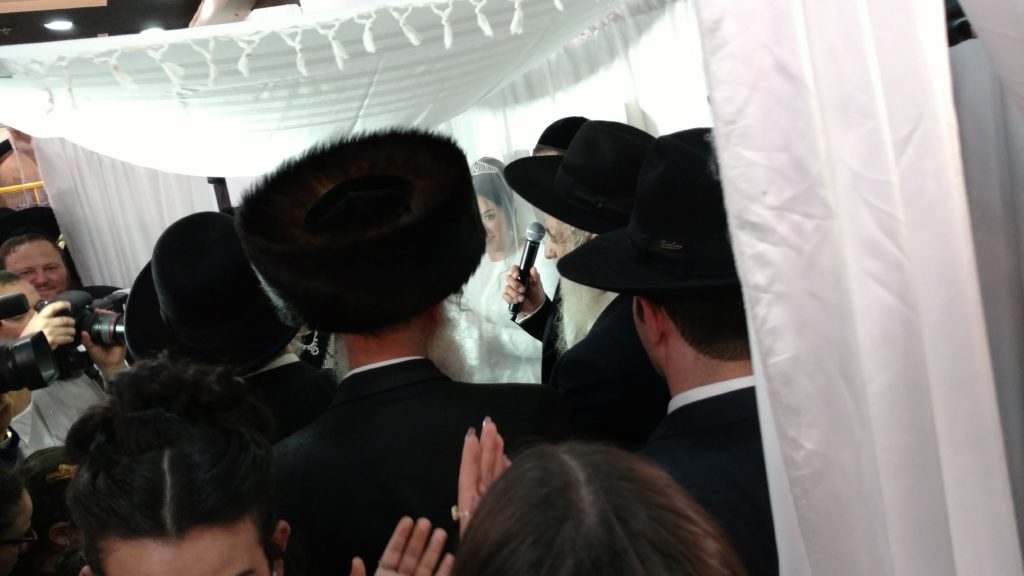 2 thoughts on “Back to the Garden”