We are still reeling from the tragedy at Meron on Lag BaOmer. When Nadav and Avihu, sons of Aharon HaKohen, died in the midst of what they had hoped would be a great spiritual experience, the dedication of the Mishkan, the Torah tells us Aharon’s response: וידום אהרן – Aharon was silent. A silence of inexpressible pain and heartbreak. A silence that is an open, raw, unaskable question. With wakeful silence we embrace the families who lost precious husbands and fathers, precious, precious children. This is not a time for clueless platitudes, for papering over the pain with false fantasies and explanations pretending to know God’s Mind. For the mourning families and suffering injured, just the embrace of attentive silence, compassionate presence.

For the community there is work to do. In the Gemara Berakhot, Rava and Rav Hisda are quoted to say:

If a person sees sufferings coming upon him, he should investigate his actions, as it says “let us investigate our ways and examine and return to HaShem (Lamentations 3:40).”

The point is that when troubles come and troubles mount, the response of a true Torah Jew and true Torah community is to take responsibility and look honestly and deeply at our own actions and inactions and their consequences that are contributing to the troubles, make the necessary changes and return to HaShem. Sectors of the Torah community have been taking hit after hit over the last year and more, with massive deaths from the pandemic and now this. It’s time to investigate our ways and examine and really return to HaShem. But this investigation and examination and change of ways and return to HaShem needs to be honest and wise and in touch with reality.

The line in some communities is that this tragedy was a divine decree that even Rabbi Shimon bar Yochai, whose yahrzeit was being celebrated at his gravesite in Meron, could not avert. That’s an irresponsible evasion. Maimonides says pointedly in his Guide of the Perplexed (3:12):

We suffer because of evils that we have produced ourselves of our own free will, but we attribute them to God, may He be exalted above this. As God explains is His Book, saying “is the corruption His? No, the blemish is His sons, a perverse and crooked generation (Dt. 32:5).” Solomon also has explained this, saying “the foolishness of man perverts his way, yet his heart is upset with HaShem (Prv. 19:3).”

By all reports, the deaths and injuries at Meron were a result of longstanding human mismanagement, corruption, venality and arrogance among supposed religious and political leaders, who continually blocked proper improvements to infrastructure to accommodate the enormous crowds that gather for there for Lag BaOmer, while egging on ever more people to attend and opposing all attempts at limitation and control. Experts have warned of disaster for decades, and were consistently ignored and derided. To try to foist this on God and Rabbi Shimon is impious as well as irresponsible. There have been other foolish statements of blame by some religious leaders that don’t deserve mention.

What is good for today is not good for tomorrow, for things change, as it says “do not boast yourself about tomorrow, for you do not know to what the day will give birth (Prv. 27:1).” One who sees what “gets born” senses from a distance what can possibly occur, so he is protected from many injuries and does not do anything but that about which he is clear that it will not possibly to lead to harm.

This is not only Rabbi Shimon bar Yochai’s good advice, it’s a mitzvah of the Torah. The Torah says:

When you build a new house, you shall make a guard-rail for your roof, and do not place blood upon your house lest someone fall from it. (Dt. 22:8).

While the Torah is giving us a specific example, the entire rabbinic tradition understands this as a warning to take precautions against all unsafe situations that endanger human life, as Maimonides makes clear in his discussion of this mitzvah in his great halakhic code Mishneh Torah, in chapter eleven of “Murder and Protection of Life.”

This is the core theme of Parashat Bechukotai: that we are responsible for the blessings and, Heaven forbid, for the troubles that come upon us. The whole world reflects our moral and spiritual comportment, our adherence or deviance from Torah and Mitzvot. The parashah opens:

If you will walk in My rules and observe My mitzvot and do them, I will give your rains in their due times and the earth with give forth its abundance and the field will give its fruit.

Rabbi Shalom Noach Berzovsky, ztz”l, the late Slonimer Rebbe, one of the truly wise leaders of the last generation, expounds the midrash:

The Rebbe’s point is that we live in a moral, spiritual and physical ecosystem. There’s an intrinsic relationship between our moral and spiritual behavior and the natural world. It’s not magical thinking and it’s not reward and punishment – it’s a reality that when we are careful and thoughtful in our behavior, comprehensively following the rules of Torah, the Torah of Life, that attune us to realistic, wise and healthy life in this world, then life goes well for everyone. If not, if we behave recklessly and thoughtlessly, out of ignorance of Torah, ignorance of reality or stubborn arrogance, we bring disaster on ourselves and others.

HaShem is communicating with us at every moment, giving us feedback and guidance to improve our way of life. This communication is via the natural world, reflecting our behavior through weather and the agricultural cycle and our relations with the animal world; it’s via the human social and political world, reflecting our behavior through peace or conflict in the community or between nations; it’s through every event and encounter in our lives. Sometimes the messages are subtle. Sometimes they can’t be missed. Right now, the Torah community in Israel is being hit over the head with a sledgehammer. Are we paying attention? Forty-five precious individual husbands, fathers, children were killed. Our community must do deep, deep soul searching and repair, to the very core.

There’s a special alleyway in the Old City of Tzfat which gives you a straight sightline to Meron. It’s called the Alley of the Mashiach and it’s very, very narrow. The tradition around here is that when the Mashiach comes, he will come from Meron to Tzfat through this alleyway, this straight, narrow path. It’s time for us all to straighten our paths in Torah, to straighten the path towards the Mashiach. 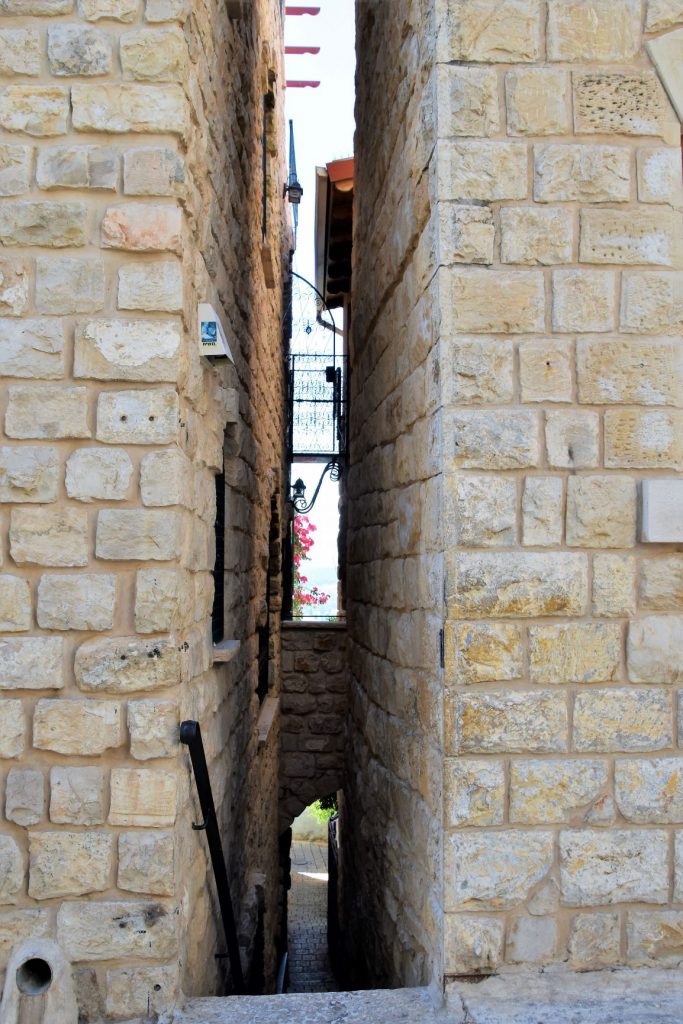 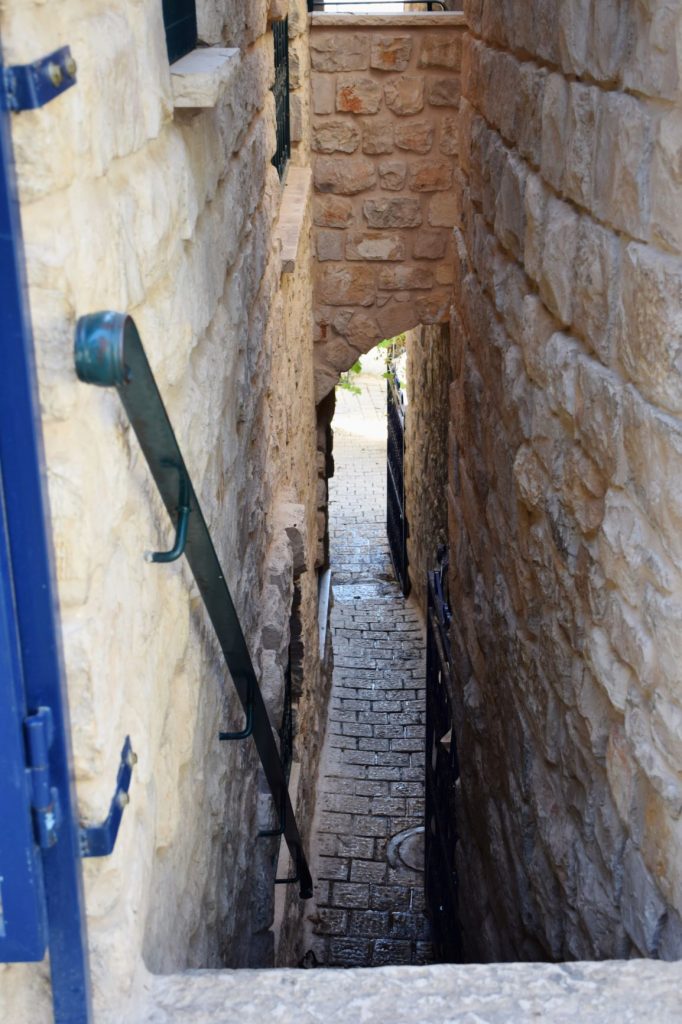