The period of Sefirat haOmer, according to the kabbalistic tradition, is devoted to the process of improving our moral character, though this theme is not immediately obvious in the way the mitzvah of counting the Omer is presented in our parashah. From the Torah, the mitzvah is just to count each of the forty-nine days between Pesach and Shavuot by saying its number out loud, preferably in the evening at the start of the day. That’s it. In the kabbalistic kavanah for the mitzvah, the seven ethical Sefirot are mapped onto the seven weeks and the seven days of each week, such that each of the forty-nine days is given an ethical theme for us to work on towards perfecting our behavior. Though this program seems externally superimposed, there are hints in our parashah that moral growth really is the theme of this Spring season.

The Midrash Sifra observes that in the midst of the parashah’s discussion of the yearly cycle of the festivals and their requisite sacrificial offerings, this verse appears:

And while harvesting your Land, do not finish cutting the corners of your field, and do not collect the missed produce of your harvest – let them be for the poor and the stranger, I am HaShem your God (Lev. 23:22).

It’s an apparent non-sequitur. The midrash brings the explanation of Rabbi Averdimas:

Rabbi Averdimas ben Rabbi Yosi said: what did Scripture intend by placing this verse in the middle of the festivals, with Pesach and Shavuot on this side and Rosh HaShanah and Yom Kippur on that side? To teach that everyone who provides Leket, Shikhechah and Pe’ah and Ma’aser for the Poor, it is accounted to them as if the Holy Temple is standing and they are offering its sacrifices in its midst.

Rabbi Meir Simcha haKohen of Dvinsk, in his Meshekh Hokhmah, notes that in the parashah the whole period between Pesach and Shavuot is framed by mitzvot of giving. The Omer is brought as an offering at the beginning of the period, leaving the uncollected produce for the poor in the middle, and leaving the corners of the field for the poor at the end of the harvest. He explains:

The Creator placed many mitzvot in every action at every step, to devote all human concerns to HaShem, blessed be He, so that all physical actions become paths of enlightenment and illumination, to arrive through them to the true perfection and closeness to HaShem, blessed be He… The rule is: the beginning, middle and end of the harvest process are holy to HaShem, and they are devoted to issues by which compassion and loving-kindness take root, which are the very things that bring an Israelite to the felicity of moral perfection and the goal God desires, may He be exalted.

His point is that the Torah guides us to transform physical work, such as the laborious agricultural activities of this season, into opportunities to cultivate compassion and generosity and care for each other. Spring becomes a season, not just for growth of grains and fruits and vegetables, but for moral growth as well, growing beyond self-absorption and self indulgence to responsible care and concern for others. So the kabbalistic transformation of the mitzvah of Sefirat haOmer into a day-by-day program for ethical improvement is very much in the spirit of this time.

One of the ostensible spiritual highlights of the Omer period is Lag BaOmer, coming on Thursday night and Friday of this week. It’s a big deal up here in the Galil, in Meron and Tzfat, and popular throughout the country. It could and should be a time of spiritual uplift, commemorating, among other things, the story of the last day of the great Tanna Rabbi Shimon bar Yochai, on which he is said to have attained ultimate enlightenment as he passed from this world to the next, as portrayed in the Idra Zuta of the Zohar. As it happens, the celebrations in Meron usually devolve into wild, thoughtless and irresponsible behavior among crushing throngs of people out for a good time, or grabbing what they think is some kind of spiritual reward for themselves by pushing to get themselves as close to Rabbi Shimon’s traditional gravesite as they can. In our neighborhood children gather wood and paper garbage for weeks before, to light dangerous bonfires in flammable fields without adult supervision, threatening the nearby homes, Heaven protect us all. Rabbi Shimon’s memory and example would be honored far more authentically by real acts of kindness and compassion, thoughtfulness and responsibility. It’s too much to ask, I know. But it’s the true spirit of Torah, and with God’s help may we all help each other in the process of growth towards the ethical and spiritual maturity the Torah envisions for Israel and for humanity. 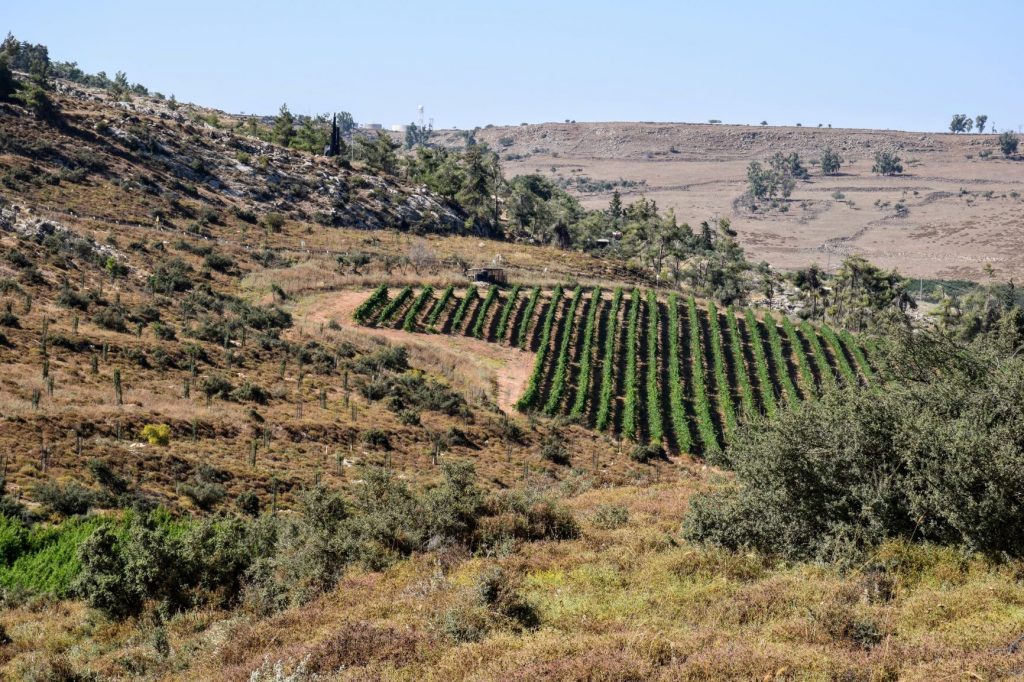 On the way from Tzfat to Meron, where real work gets done