Some groups within the Muslim communities of Israel have become increasingly violent throughout the Ramadan period, building to a frenzy this week in attacks against Jews on the Temple Mount, in neighborhoods of Jerusalem, in towns and cities around the country. Communities in which Jews and Muslims have worked hard to get along well for decades have suddenly seen that work go up in flames. Hamas has now joined in, with barrages of over a thousand rockets from Gaza causing death and destruction in southern and central Israel. While Israeli authorities made a few missteps early on, nothing justifies the murder and mayhem being unleashed. Boosters for the attackers boast that they are defending against a set of due-process, court-ordered evictions of Muslim families from a neighborhood of East Jerusalem, and against what they consider the defiling presence of Jews in their holy places in Jerusalem. But whatever holiness there is to Ramadan or Muslim holy places is desecrated by the barbaric violence whipped up by Muslim preachers and politicians and propaganda and perpetrated by these attackers themselves.

How is real holiness revealed?

According to the prevailing halakhic opinions, the holiness of Temple Mount persists despite the destruction of the Holy Temple. Maimonides explains:

It is the revelation of the Presence of God that grants holiness to the place of the Holy Temple, the Temple Mount, even if the Temple is not standing at the moment. But how did the Temple become a place of divine revelation? The Temple was the successor to the moveable Mishkan, the Tabernacle, which King David decided to locate permanently in Jerusalem. Nachmanides explains that the moveable Mishkan itself was the successor to Mount Sinai, the original place of revelation of God in the giving of the Torah. When Israel left Mount Sinai to travel to the Land of Israel, they effectively took the mountain with them, in the form of the Mishkan God commanded them to construct, which served as a portable location for God’s continuing revelation of Torah and continuing guidance.

The Midrash Rabbah on this week’s parashah gives us a hint as to how holiness is revealed. After the opening command to take a census count of Israel, but exclude the Levites, and to set up the camp of the Levites around the Mishkan, the Torah says:

And Israel did according to all that HaShem commanded Moshe, so they did.

The midrash addresses the way verse emphasizes that Israel did everything God commanded, everything!

They distanced themselves from the Mishkan and gave space to the Levites to camp around the Mishkan (Bemidbar Rabbah 1:12).

The “all” that Israel did included what seems, at first glance, to be a not-doing — to give the Levites space. But this is the key to kedushah, to holiness. Rabbi Yehudah Aryeh Leib Alter of Gur explains that the holiness of the Mishkan was not realized through pressing to draw close to it, but by giving space to the Levites to perform their service. He says that even though there were probably people among the rank-and-file Israelites who were on a higher level of spirituality than many Levites, still, they stepped aside. Through humility, self-restraint, putting aside their will to graciously give way to the other, Israel recognized the sanctity of the Mishkan and of the nation as a whole. This is what God really wants from us (Sefat Emet, Bemidbar, 5631).

The Mishnah Avot (5:5) lists ten miracles that occurred in the Holy Temple, among them that, though people stood crowded together in the courtyard during the Temple services, when the moments came to prostrate themselves on the ground when God’s Holy Name was pronounced, they prostrated themselves with plenty of space around them. Rabbi Shimon ben Tzemach Duran explains that the moment of prostration is a supreme spiritual experience, sensing God’s Presence, “and wherever there is revelation of the Presence, a small space holds the many (Magen Avot).” In authentic spiritual experience we make room for each other.

When the angels are about to utter the Kedushah in the Heavenly Temple, proclaiming the holiness of God, “holy, holy, holy is the Lord of Hosts, filling all the earth is His Glory,” the liturgy tells us “they give permission each to the other” to speak. Holiness is revealed in the ethical move of respectfully and graciously making space for each other.

The Kotsker Rebbe, Rabbi Menachem Mendel, was once visited by a number of Talmud scholars. Suddenly, he asked them “where does God dwell?” They laughed at him and said “what a thing to ask! The whole world is full of His Glory!” The Kotsker responded: “God dwells wherever we let Him in.”  Even God’s holiness is revealed by making room for God.

The holy day of Shavuot is approaching, and here we are in the midst of a war with our Muslim enemies, the usual suspects, but also with some of our Muslim neighbors. At this moment it’s not clear whether this will calm down or spiral into a much wider conflict, may HaShem protect us all. Most disturbing and dangerous has been the rioting of Jews against our Muslim neighbors. This breakdown in moral discipline is the complete antithesis of everything Torah and Judaism stand for. The violence coming from some groups in the Israeli Arab community is no excuse for us to emulate their barbaric behavior and become barbarians ourselves. We are seriously challenged by cruel enemies who have succeeded inciting impressionable Arab youth among us. But if they succeed in inciting our own youth to violence, if our moral discipline breaks down, we are lost.

Shavuot commemorates the revelation of Torah at Mount Sinai and its ongoing revelation through Torah learning and Mitzvah action, by which we learn the moral and spiritual discipline of putting aside our own little wills and desires to make room for HaShem’s Will, HaShem’s ongoing guidance in our lives. In the short run, a firm response to the violence will be necessary. In the medium run, we may have to deal with implacable enemies with great force, God help us. In the long run, we, Am Yisrael, light of the nations, will need to learn for ourselves and teach others, all humanity, how to respectfully, generously and graciously make space for each other, and make space to reveal God’s Presence in God’s world. God help us all. 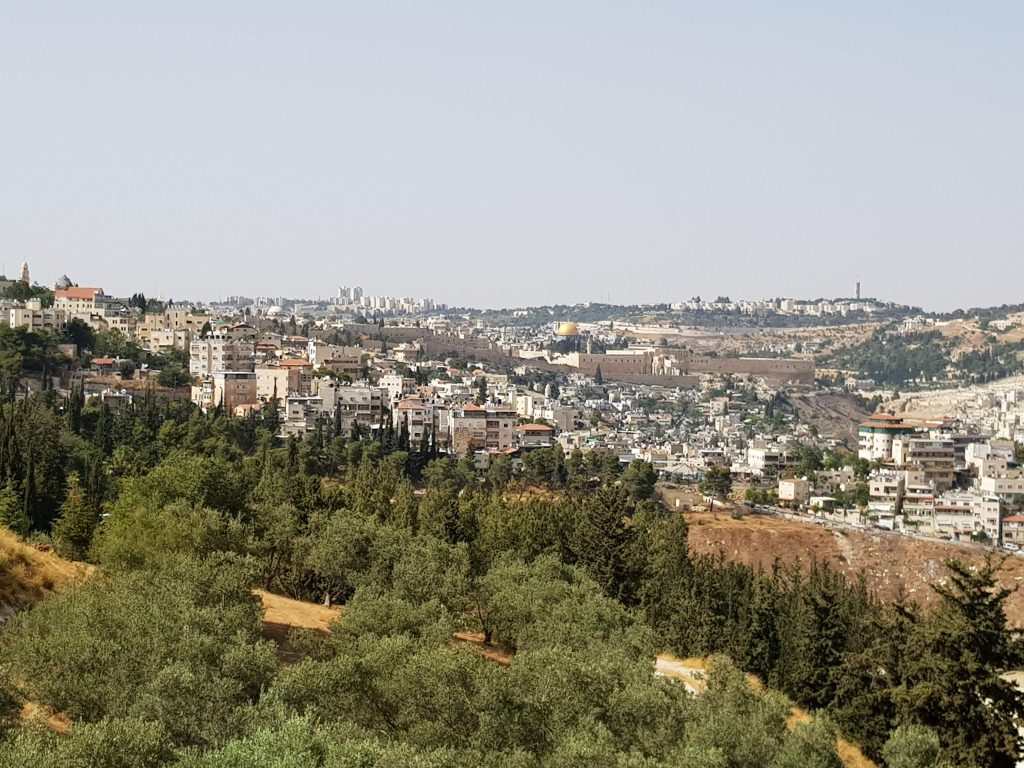