Chol haMoed Sukkot here is a time for family outings, so we arranged with our daughter and son-in-law and family, and our in-laws who are visiting, to meet at Ramat HaNadiv, the beautiful gardens in Zikhron Yaakov dedicated as a memorial to Baron Edmund and Adelheid de Rothschild who were benefactors of the Yishuv during its early struggles. We joined many other families strolling the extensive paths and admired the trees and flowers and listened to musicians who were scattered around the gardens, playing in a variety of styles. There were large Sukkot provided for people to eat in, and together with other families we had a delightful lunch.

We also realized that there is a deep inner connection between a garden such as Ramat HaNadiv and the very essence of the mitzvot of Chag haSukkot itself. What is the meaning of the mitzvah to take together the Four Species, Lulav, Myrtle and Willow branches in one hand, and bring them together with the Etrog in the other hand, and what is the connection to the mitzvah of the Sukkah?

Rabbi Kalonymus Kalman Epstein in his great work Maor VaShemesh, parashat Behar, provides a key to unlocking the mysteries of these mitzvot. Taking us back to the Torah’s account of Creation, he notes, on the basis of the Midrash Bereshit Rabbah (5:9) that according to Rabbi Yehudah bar Shalom the sin of Adam and Eve was not the first deviation from divine Will in the process of Creation. The first deviation was made by the Earth, which was commanded by HaShem:

And He said: let the Earth sprout forth herbs and grasses bearing seed, and trees of fruit making fruit according to their kind, whose seed is within, and the Earth did so.

But the Earth does not follow HaShem’s command exactly. Instead:

And the Earth brought forth herbs and grasses bearing seed according to their kind, and trees making fruit whose seed is within, and God saw that it was good.

If you notice carefully there is a slight discrepancy in language between the command and the result. God commands “fruit trees making fruit” but the Earth brings forth “trees making fruit.” Rabbi Yehudah bar Shalom explains that the intention of HaShem was that every tree of this world should be such that the taste of the entire tree should be like the fruit of the tree. Not just that the fruit of a tree would be sweet and juicy, but even the branches and bark and heartwood of a tree would taste sweet and juicy – “fruit trees making fruit.” If you were to take a branch of an orange tree, for instance, and eat a piece of the bark, it would have tasted sweet and juicy like an orange. The principle is that “inside and outside be the same,” through and through – a principle of spiritual and ethical integrity (Talmud Berakhot 25a).  But instead, the Earth produced trees that had tough, dry wood, tasteless or even bitter, and bitter leaves. Only the fruit was sweet – “trees making fruit.” It was a diminished world that the Earth brought forth – except for one tree. According to Rabbi Abba of Acco in the Midrash Bereshit Rabbah (15:7) there is a tree in the world for which the taste of the wood and the taste of the fruit are the same: the Etrog tree. According to the Gemara there is a second tree along with the Etrog: the Black Pepper tree. But we’ll leave the Pepper tree aside for now and focus on the Etrog.

The woman saw that the tree was good to eat.

The tree – the wood of the tree, not just the fruit – was good to eat.

But God commanded Adam and Eve not to eat from the Etrog  tree in the midst of the Garden. The Etrog has another purpose, a positive mitzvah: for Tikkun, Repair. And that is our job as the nation of Israel.

This is the meaning of the mitzvah of the four species. The mitzvah action is to take in one hand branches of the three species: palm, myrtle and willow. The palm is long and straight – it represents the trunk of a tree. The myrtle is leafy, it represents the branches and leaves. The willow is known for being a strong water-drawing tree, growing by rivers. It represents the roots of a tree. From a deep rabbinic tradition we have the requirement to bind them together, essentially making a representation of a composite tree and holding it in one hand. But the composite tree is missing one part: the fruit. Then we take the Etrog, representing the fruit, in the other hand, and we bring them together. The mitzvah is to hold them tightly together, with nothing intervening between them. We add the rabbinic custom to shake them in the six cardinal directions – a principle of unification just like the inner intent of reciting the Shema. So the mitzvah of the  Four Species is a kind of prayer. We are sending the message through our mitzvah action, saying: may Ha-Shem impart the perfection of the Etrog tree, whose fruit and wood have the same taste, to all trees of the world. May all trees be ”inside like outside.” And not just all trees, but all people, all creatures and all reality should be “inside like outside.” This is the condition of ethical and spiritual integrity that we are praying for.

This is why the berakhah of the mitzvah is:

The mitzvah blessing is “to lift up the Lulav.” Not just taking the Lulav but lifting it up, elevating it with the rest of the species.

According to Rabbi Yitzhak Luria, z”l,  the proper place to fulfill the mitzvah of the Four Species is in the Sukkah. In the kabbalistic tradition the Sukkah represents the Garden of Eden itself. So strolling through the gardens of Ramat HaNadiv on Sukkot with families from all over Israel we got insight into the mitzvot of Sukkot, intended to help us cultivate Garden of Eden consciousness – the principle of ethical and spiritual transparency and  integrity, a principle we pray will be eventually imparted to the whole world, speedily and in our days. 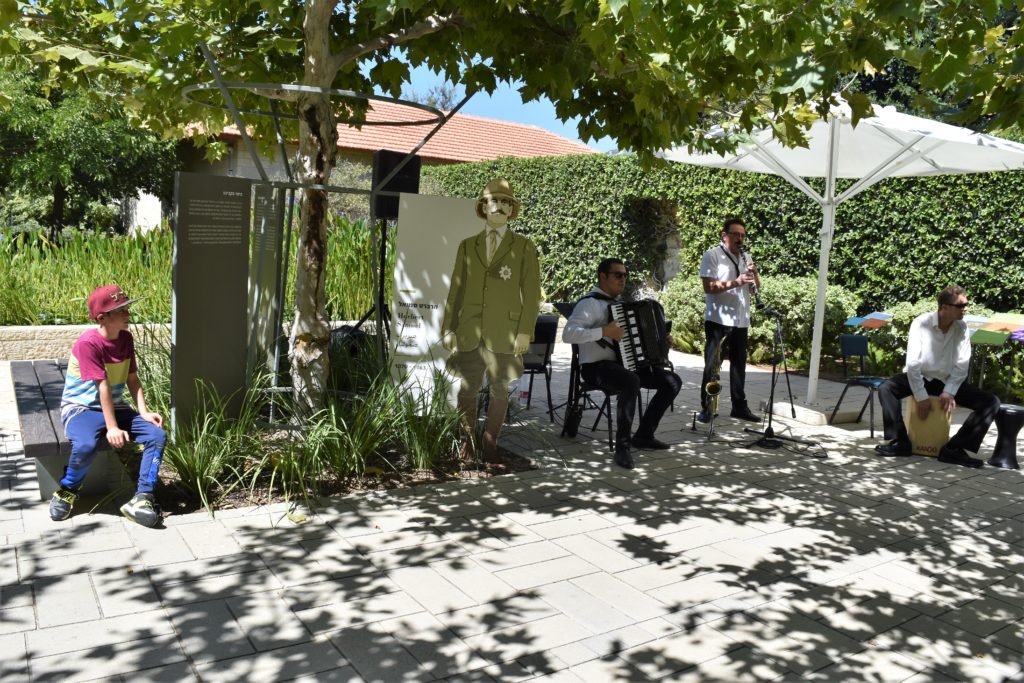 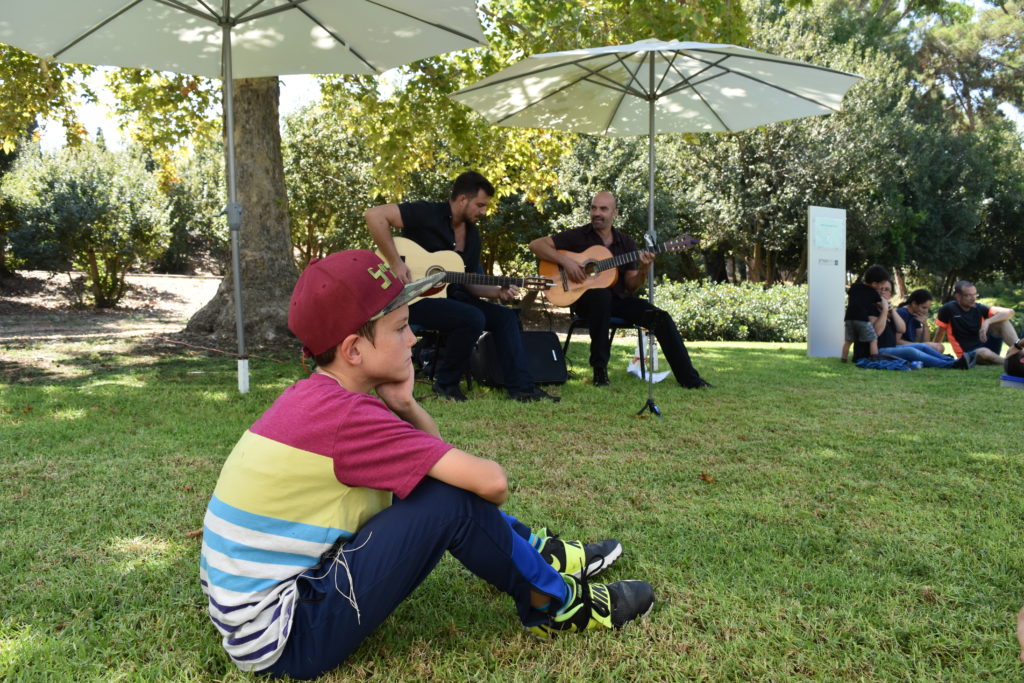 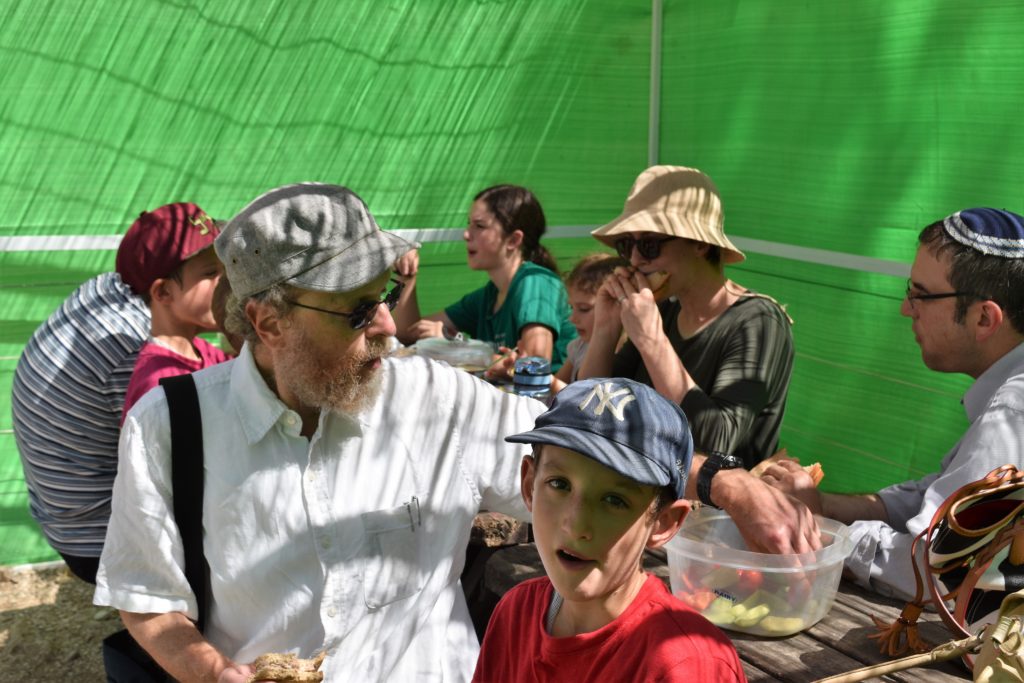 One thought on “The Secret Garden”