I was in college in the late Sixties, in those wild and crazy times. I remember a sit-in on the campus quadrangle, a protest against the war in Vietnam. Some of the students, speaking over a bull-horn, suggested that we all take upon ourselves an act of self-denial and boycott – that we all stop drinking Coca Cola. A protest rose up from the crowd – “we can’t stop drinking Coke – we like it.” Someone else suggested Pepsi – “we like Pepsi, too.” The debate raged as soft-drink after soft-drink was suggested and rejected until they came up with an obscure soda that everyone agreed they could handle denying themselves. How this act of self-denial was going to stop the war in the first place was never quite made clear.

This event came to mind the other day when we received an earnest message on one of the chat groups. An entirely well-meaning person suggested that as a segulah, a spiritual remedy for someone who is seriously ill (may they have a speedy and complete recovery), everyone should accept upon themselves to start Shabbat ten minutes earlier than they usually do, and by the merit of this communal commitment may HaShem have mercy upon this ill person. I don’t know – something about this struck me as just as silly as trying to stop a war by denying ourselves Dr. Brown’s Cel Ray soda (I used to love that stuff).

It seems virtuous enough. According to some halakhic authorities Tosefet Shabbat, adding a little bit of extra time to Shabbat by starting a little before sunset on Friday and ending a little after nightfall on Saturday night, is a mitzvah from the Torah. Others hold it is a mitzvah of the Rabbis. Still others hold it is no mitzvah at all – but it’s a nice way to express how much we love Shabbat, bringing it in early and leaving it late. In any case, a degree of Tosefet Shabbat is built in to candle-lighting time erev Shabbat, which is eighteen minutes before sunset in most communities, thirty minutes before sunset in Tzfat, and forty minutes before in Jerusalem. To start Shabbat ten minutes earlier than candle-lighting time is a virtuous, harmless little ritual act – but what does it have to do with requesting divine favor for someone to heal them from serious illness?

The whole concept of segulot is controversial. The idea that reciting and repeating certain verses or formulae of divine and angelic names or baking challah in certain shapes or performing other little ritual actions will bring healing or success or love or protection from harm – all this shades towards the superstitious. It’s part and parcel of a tendency towards magical thinking that pervades some sectors of the Torah community – the belief that certain thoughts, words or actions will bring about consequences or defend against threats in ways that have no relation to real causality. The Rambam in Hilkhot Mezuzah (5:4) complains about those who take mezuzot and add names of angels or divine Names or other verses to the paragraphs of the mezuzah:

Not only do they nullify a mitzvah, but they take a great mitzvah that expresses the unity of the Name of the Holy One, blessed be He, and love of Him and worship of Him and make it as if it is an amulet for their own benefit, as they foolishly think, turning it into something that benefits the vanities of the world.

His point is that the mitzvah of mezuzah is a sacred expression of the most profound Torah principles, an aid to contemplation of HaShem every time we pass through a doorway. But some people treat it like a magic amulet to protect them or their home and secure for them worldly benefits. Despite the Rambam’s warning, not all Torah Jews have outgrown this immature approach to the mitzvah of mezuzah. In some cases Torah learning itself, the supremely meaningful mitzvah, is turned into a ritual for the sake of protection or success. Superstitious practices themselves are prohibited in Torah as darkei haEmori – following the magical ways and practices of the Emorites, an ancient idolatrous Canaanite tribe. There is a psychological dimension to healing, real prayer is real communication with HaShem, and Torah learning is meaningful in itself. But a ritual unrelated to any real causality is just magical thinking.

This week’s parashah shifts focus to two odd characters, Balak, king of Moav, and Bilaam, a prophet from Aram with a reputation for issuing effective curses. Their narrative is comical and they come off as buffoons, except that their intentions are deadly serious – to invoke a divine curse and thwart Israel’s entrance to the Land of Israel. The Zohar describes Balak and Bilaam as magicians, and even regards Balak as the more expert magician. Balak arranges altars and sacrifices in specific numbers and optimal locations with the intent to magically influence God. Bilaam’s special power is to know the exact, brief moment of divine anger and to zing in a curse at just that moment (Zohar 3:210a). But God cannot be gamed by magic rituals, and Bilaam himself is forced to admit prophetically:

For there is no sorcery in Yaakov and no magic in Israel; in its time it is told to Yaakov and to Israel that which God enacts.

Rabbi Meir Simcha HaKohen of Dvinsk explains that though the history of Israel is miraculous and full of wonders,

The wonders of Israel are not through any sorcery or magic, but only by the power of HaShem, blessed be He.

The Rambam in his Guide of the Perplexed distinguishes between what he terms “first intention” worship of God and “second intention” worship. Second intention service refers to exterior ritual actions that have no intrinsic relation to God, but can be directed towards God by intent. The essential example he brings is sacrifices. The blood and guts of an animal have no real connection to serving God, Who is entirely incorporeal and doesn’t need roasted meat or sprinkled blood or the smell of a barbecue. But the Torah permits offering sacrifices to God as a secondary, external mode of worship. Prayer and fasting come closer to real worship – but the Rambam hints at a maturing of spiritual awareness to realize that we don’t need words or acts of fasting and self-denial to really connect with HaShem. Putting thoughts into a linear sequence of words is already a slow process, and physical self-denial is exterior. HaShem knows and reads our thoughts at every moment, so the first intention of divine service is sincere, thoughtful and heartfelt contemplative prayer that is direct, real and spiritually mature communication with God (Guide 3:32).

We truly pray for the full healing of that person who is seriously ill, and all those who need healing. And we can be sure that HaShem is aware, as He says through the prophet Yeshayahu:

Before they call I will have answered, they are still speaking and I have already heard. 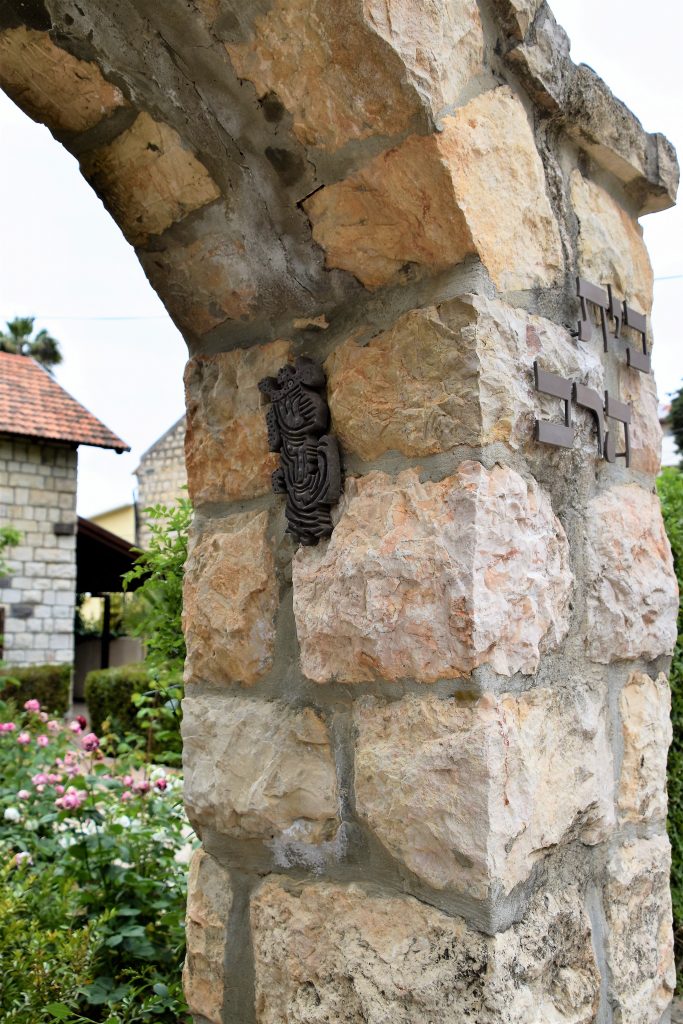 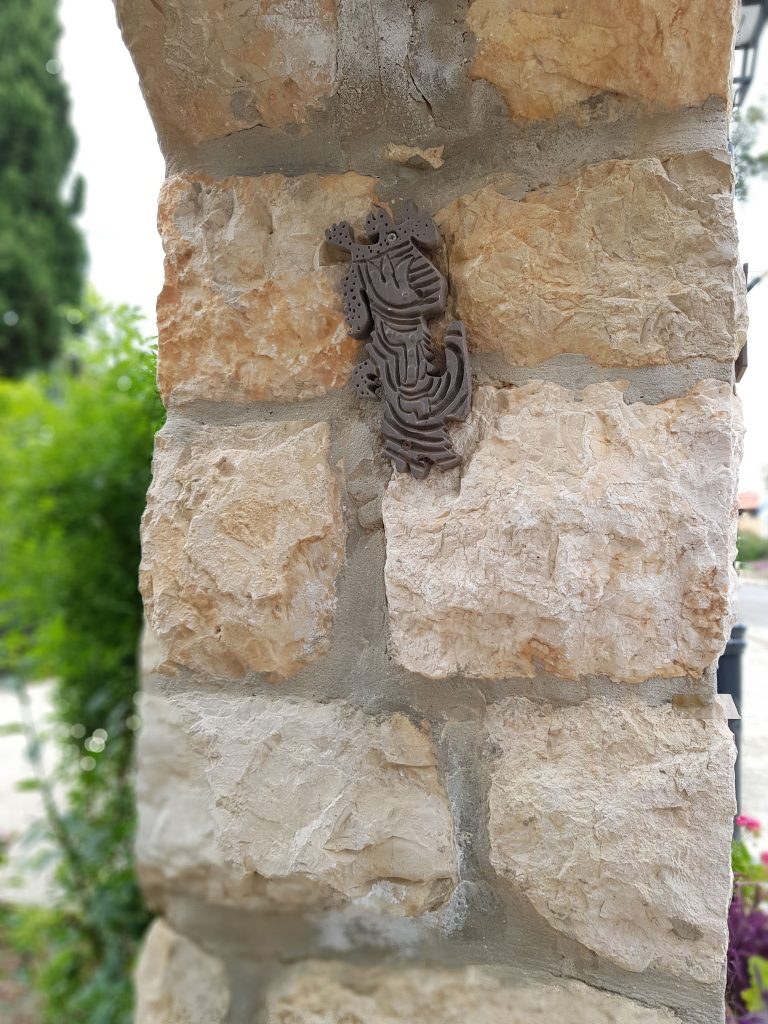