Israel is convulsed by the death of Solomon Tekah, alav ha-Shalom, a nineteen year-old Israeli of the Ethiopian community in the greater Haifa area, shot by an off-duty policeman. The details of the incident are not yet clear. The policeman says he was in a park with his family last Sunday when he saw a fight break out among a group of teens. When he went over to stop the fight and identified himself as an off-duty policeman, he says the teens turned against him and started throwing rocks. Fearing his life was in danger he says he discharged his pistol at the ground as a warning, but the bullet ricocheted and killed Solomon. Other witnesses are said to have differing accounts of the events, but we have not yet heard further details.

What is clear, though, is that the Ethiopian Jewish community is still struggling socially and economically and does not feel it is being treated fairly in its homeland, especially by the police, but in other areas as well. There have been several shootings of Ethiopian youth by police over the years, statistically out of proportion to the size of the community, under complicated circumstances, including one last January in which a mentally ill young man who was said to have threatened police was shot and killed. But along with these extreme cases, the sense of disenfranchisement of Ethiopian Jews is widespread. This is particularly painful. With our hard history, our multi-millennial experience of persecution around the world, there is no way that our own brothers and sisters, with all they have been through as well, should feel discriminated against by fellows Jews in our own Land. There is no way that skin-color discrimination, one of the scourges of Western societies, should infect our own Jewish community. Pledges to require sensitivity training for the police force are not enough. Here in Tzfat, the Committee for Ethiopian Jews in Safed, one of the first and most effective organizations supporting the Ethiopian community financially, educationally and culturally, was established by Yehoshua and Hilary Sivan and their family, who made Aliyah from England fifty years ago. They do important work, and Tzfat is a bit more enlightened on this issue on account of their efforts, but they are the first to say there much more to do. The problem is systemic and needs to be taken to heart and actively addressed, urgently.

This week’s parashah recounts the death of two of the great, righteous leaders of Israel – Miriam and Aharon. In the Gemara Mo’ed Katan, Rabbi Ami takes note of the context in which Miriam’s death is reported:

The notion that the death of a righteous person can be a cleansing or atonement for their community or generation might make us a bit uneasy – as if the suffering and death of a Tzaddik somehow serves as a substitution for others, absolving others of sin. It sounds cruel and as if it’s an indulgent license for moral and spiritual irresponsibility.

But Rabbi Ami’s comparison should be considered more carefully. He compares the death of the righteous person to the effect of the Red Heifer. The Red Heifer is not a standard sacrifice. It’s intended to cleanse a person of death itself and cultivate purity. Rabbi Meir Simcha haKohen of Dvinsk in his Meshekh Hokhmah explains that the death of a Tzaddik cleanses others only when they consider and take her or his life and moral qualities seriously and internalize these qualities themselves. He adds:

It’s similar to the example of the Red Heifer, which facilitates purity. So, too, the death of a Tzaddik arouses a person to do Teshuvah and purify themselves from their sins… It’s in the manner of the outlaws of Rabbi Zeira’s [neighborhood]…

The case of Rabbi Zeira is from the Gemara Sanhedrin:

Certain outlaws lived in the neighborhood of Rabbi Zeira. He became close to them so that they might return in Teshuvah. The Rabbis were critical. When Rabbi Zeira died [the outlaws] said: up to now [the Rabbi] prayed for mercy upon us. Now who will ask for mercy for us? They ruminated in their hearts and did Teshuvah.

Rabbi Zeira, one of the great, warm and open-hearted Rabbis of the Gemara, reached out to the difficult people of his neighborhood, despite the disapproval of the more stiff and staid Rabbis – and the Gemara justifies and endorses Rabbi Zeira’s approach. The point is that the death of a Tzaddik or Tzaddeket like Miriam is not a substitution for self-correction, but rather a spur to emulate their qualities and perfect ourselves morally and spiritually. They are no longer with us – we have to internalize their qualities for ourselves

Rabbi Barukh ben Yechiel Michel of Mezhibuzh in his Botzina diNehora reinforces this point with reference to the death of Aharon HaKohen. In our parashah, HaShem tells Moshe:

Aharon shall be gathered to his nation…

Rabbi Barukh expounds: “that is to say, the qualities and virtues of Aharon shall enter and penetrate into the nation, so that his holiness shall not be lost from Israel.”

The death of a Tzaddik arouses us to take to heart the meaning of their life and death. It’s a painful occasion for deep reflection. So, too, in the case of the killing of Solomon Tekah, alav haShalom, we need to take to heart the meaning of his life and death. It’s a wake-up call to our society. We have among us a precious community of Jewish men, women and children who have suffered much, who have returned to their homeland but still don’t feel fully welcomed and at home among their Jewish brothers and sisters. Their struggle is a blemish on our collective conscience as Am Yisrael. With HaShem’s help, the death of Solomon Tekah should awaken us to open our hearts and extend our hands in support, in true Ahavat Yisrael – the love of Israel and recognition that we are all family. 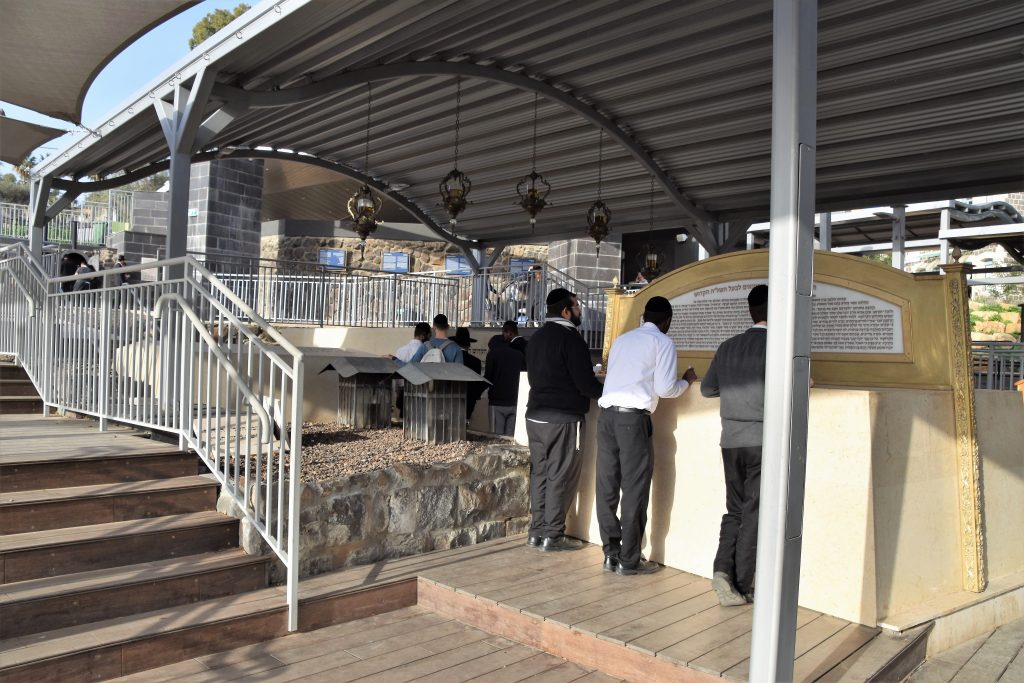