We made a trip this week with a visiting cousin to the nature reserve of the Hula valley that is renowned for the vast number and variety of birds that pass through. Almost all the migrating birds of Asia and Central and Eastern Europe take this route to Africa and back. It’s late in the fall migration season, but the huge and elegant common cranes are still here in great numbers, as well as ibises, egrets, waterfowl, kingfishers, and all kinds of raptors. Many of these birds will winter right here.

The reserve has a set of shallow lakes, forests, meadows and fields that serve as rest and refreshment stops for the birds. For those that feed on seeds and vegetation on dry land, a unique arrangement has been set up between local farmers and the birds. The farmers have set aside designated fields sprinkled with peanuts and other bird feed and the birds feed only in those fields, and everyone sticks to the agreement.

Usually we cycle by ourselves around the reserve, but thanks to a suggestion from some friends, this time we joined a group for a tractor ride with an official guide that takes you right into the marsh area where most of the birds congregate, especially the thousands of cranes. The guide explained that the birds are accustomed to the tractor and allow it to drive among them without fear, and they come quite close. By contrast, when the occasional hawk or kite flies over, the rest of the birds are spooked until they are gone.

So birds and birders have learned to get along peacefully together, to trust each other’s peaceful intentions and abide by peaceful agreements. Not so the Palestinians and their supporters. Willfully misinterpreting the significance of the U.S. decision on acknowledging Jerusalem as the rightful capital of Israel, they are using it as an excuse to incite rage and perpetrate violence in Israel and around the world. This has been a long-standing pattern: over the course of decades they have infected Islam with a shameful ideology that justifies and encourages violence. Violence in the name of religion has once again become the dangerous scourge of our planet.

Levinas, in his essay “Ethics and Spirit,” asks rhetorically: “Nothing is more ambiguous than the term “spiritual life.” Could we not make it more precise by excluding from it any relation to violence (Difficult Freedom, 6)?” Yet throughout history religions have played starring and supporting roles in instigating or justifying violence and warfare. And what about Hanukkah? We can’t let ourselves off the hook too easily here. Doesn’t our celebration of the miracle of the flask of oil also include a celebration of military victory in a war against the Hellenist oppressors? Or does it?

Several commentators have noted that the passage in the Gemara Shabbat 21b that discusses the background reason for our commemoration of Hanukkah focusses on the miracle of the oil and only hints at the war fought by the Hashmonaim against the Hellenists. By contrast, the prayer for Hanukkah inserted into the Amidah and Birkat haMazon seems to focus on the war and only hints at the miracle of the oil. Rabbi Soloveitchik, in a shiur recorded in Harerei Kedem, challenged this interpretation, however. In a close reading of the prayer Al haNisim, regarding the phrase “for the wars,” he asks “what is the relevance of thanking for the wars?” He suggests “there are those who expound “for the wars” as that which the Holy One, blessed be He, fought for us, that is, that God became the concerned party in war.” We don’t thank God for our victory in war – we thank Him for His victory. He suggests further, according to the Beit haLevi, that if we are thanking for war, it is not for any glory of war or military victory. War is terrible suffering. But we are permitted to thank God for relief from suffering, so we can thank God for relief from the war against the Hellenists and the resulting sanctification of His Name. (Harerei Kedem, 1:303-04) There is no triumphalism here. It’s not about us.

Most of the major religions have been involved in warfare and violence at certain periods in their history. The sign of a mature religion, however, is its refusal to glorify warfare, and its responsible vigilance to limit war as much as possible. It’s time for Muslims of good will to face and reject the malignant advocacy of war and violence that has been permitted to proliferate within Islam, to reject the co-opting of religion to justify political violence and find a way to cultivate the peaceful, ethically-sensitive spirituality at the heart of true religion. If birds and humans can learn to coexist and work together peacefully and harmoniously, Palestinians and Israelis should be able to take wing and rise together to “the better angels” of our spiritual heritage as well. 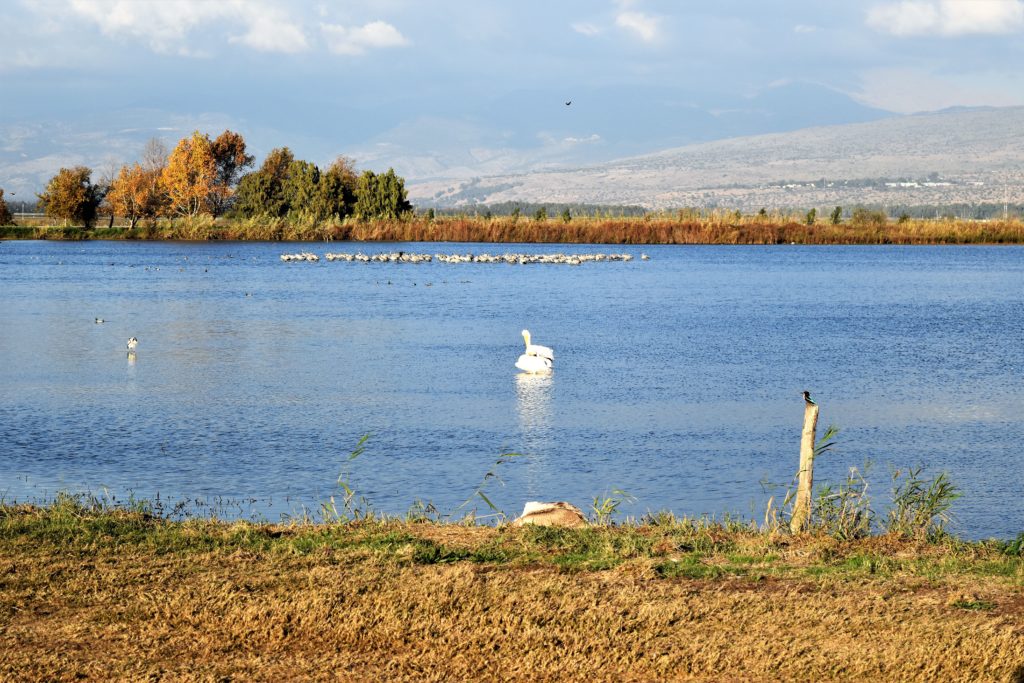 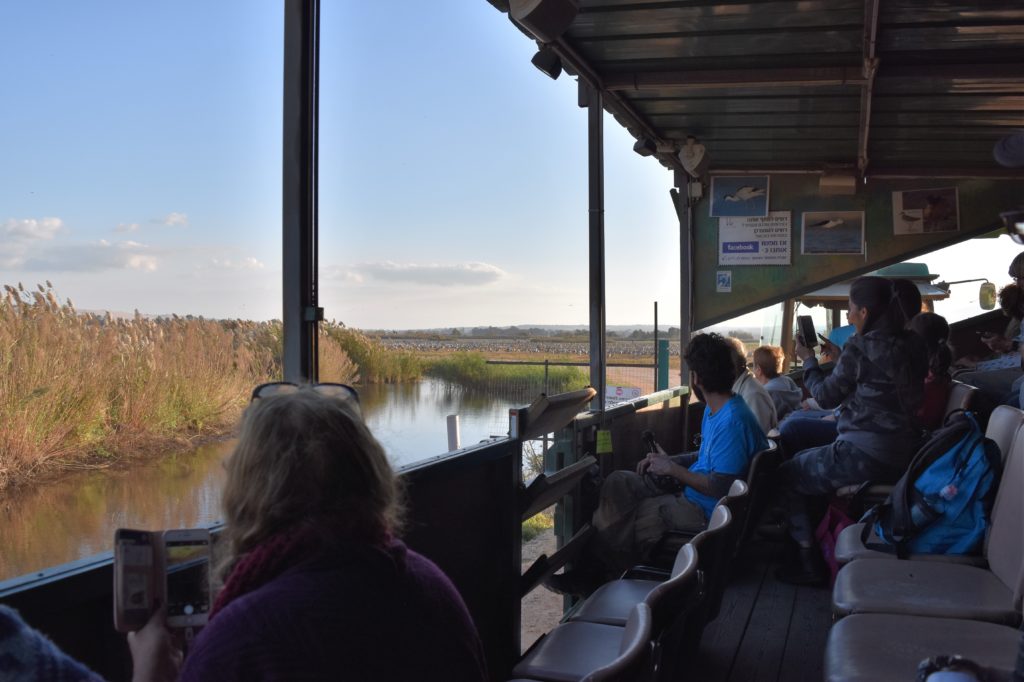 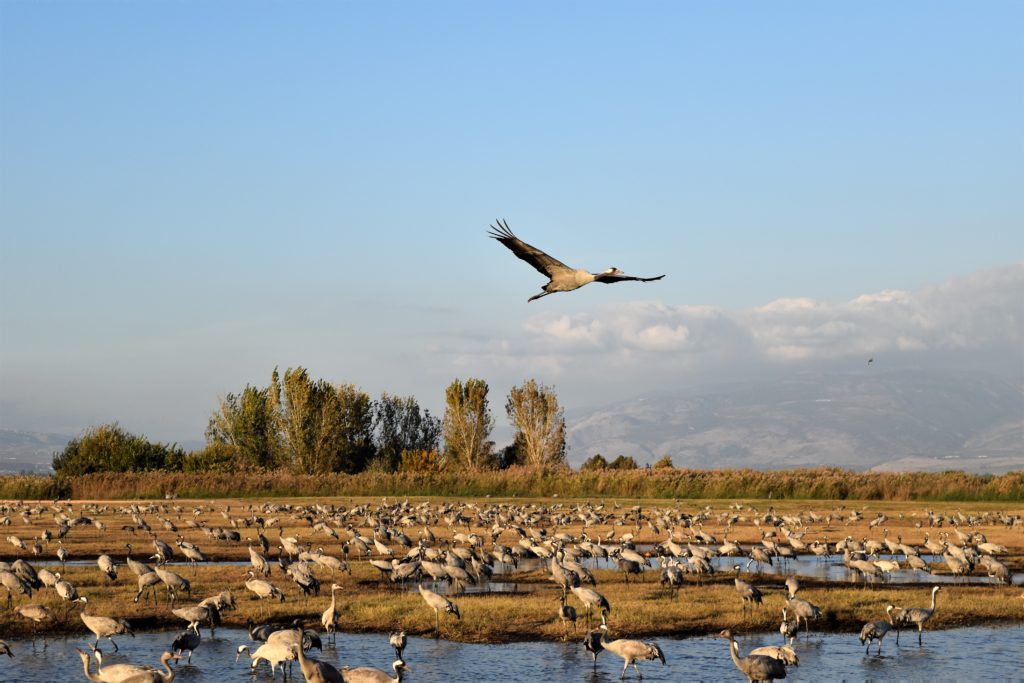 3 thoughts on “Birds Do It”