Just as Tamar began in disparagement and ended in honor, so, too, Jerusalem will in the end be honored as it says “and for honor I shall be in her midst (Zekh. 2:9). And this is [alluded to in the verse] “your stature is compared to the palm tree [Tamar] (Song of Songs 7:8).

The recognition this week of Jerusalem as the capital of Israel by the President of the United States is a welcome policy shift, and long overdue. “Today,” said the President, “we finally acknowledge the obvious: that Jerusalem is Israel’s capital. This is nothing more or less than a recognition of reality. It is also the right thing to do.” Yes, it’s just a recognition of reality – historical, political, social, cultural, and spiritual reality. Yes, it will ruffle feathers among the Palestinians and their supporters, since it challenges their fictitious narrative, but it’s a narrative that deserves challenge – even a fair reading of the Koran undermines it (Sura 5:70, 17:104). This decision may provoke violent tantrums, Heaven forbid, but the violent among them never seem to need much provocation anyway. The decision to honor Jerusalem as the true capital of Israel, ancient and modern, shakes up what has been a pernicious status quo.

The anecdotal Israeli reaction on the street up here in Tzfat? “Thanks. What else is new (with shrug)?” It’s a recognition of the vicissitudes of politics. We have millennia-long training in skepticism when it comes to reliance on political figures, going back to this week’s parashah. Yosef, wrongly convicted, asks the butler with whom he is imprisoned, whose dream he correctly interprets as foretelling imminent pardon, to remember him and mention him to Paro to get him released, too. But the parashah ends on a disappointing note:

But the butler did not remember Yosef and forgot him.

It would take two more years of incarceration until Paro himself has a dream that requires a skilled interpreter, jogging the butler’s memory about Yosef. The Rabbis interpret this setback as punishment for Yosef relying on the butler, as Rashi says:

And he forgot him – afterwards. Because Yosef placed his trust in him to remember him, he was obliged to be imprisoned another two years, as it says “fortunate is the man who places HaShem as his trust and does not turn to the arrogant.”

Some commentators take from this a lesson about faith versus action that inclines towards an ideology advocating passive acceptance of whatever occurs as the will of God, while human effort is regarded as a sign of lack of trust. This attitude makes an assumption about the nature of the self – that the self is isolated from God, that human action is separate from divine action, and only events that occur without our effort can be considered divinely ordained.  But this deserves critical analysis.

Rabbi Shalom Noach Berzovsky, z”l, the late Slonimer Rebbe, in his Netivot Shalom (1:261) brings a saying of Rabbi Menachem Mendel of Vitebsk, that when HaShem prepares for a person a path of salvation from trouble that requires some effort on the person’s part, that person is obligated to make the effort and the effort is virtuous. Yosef was an exception: he was operating on a high and fully conscious level of intimate divine protection, so his reaching out to the butler for help was regarded as a mistake.

The Slonimer Rebbe takes this further and notes that some people may trust in God, yet still feel that they do not deserve God’s help and so they accept passively whatever trouble comes their way, assuming that this is God’s will. True trust, he says, is not only trusting in God but trusting in our close relationship with God, trusting that we are worthy of divine help and can act to take advantage of opportunities God sends our way. This is a further development of a principle discussed by Rabbi Menachem Mendel of Vitebsk in a letter written in 1784 when he had moved from Tzfat to Tiveria. He says:

When one goes to engage in business or other mundane physical activities, certainly these are things in which the holy divine Presence is hidden. One should see that there is Torah in everything… (Pri HaAretz, letter 8, p. 154).

In a letter from 1786 he says even more explicitly:

This is “In all your ways know Him (Prv. 3:6), and the saying “adhere to His qualities (Sotah 14a): that a person should pay attention, in every action and movement and sight and sound and thought and word that comes to him to do, and consider from what divine quality it comes, and consider that in any case this is from HaShem, for without Him it would be impossible, and one should adhere to Him, blessed be He, through that quality (letter 12, p. 167)

The point is that God works not only around us but through us. We are created and held in being by God at every moment, and all our qualities and abilities, including our ability to act in the world, are God-given and God-facilitated. So our efforts and our actions are not a denial of the divine – when they are guided by Torah they’re an expression of the divine.

Thirty years ago this week was the March on Washington for Soviet Jewry known as Freedom Sunday for Soviet Jews. Over 250,000 Jews from all over the U.S. came to the National Mall to rally on behalf of the 1.5 million Jews trapped in the USSR, forced to assimilate and forbidden to leave. We had a large contingent from the Young Israel of Sharon and it was a powerful, moving and memorable event for all of us. The march was timed to occur just before a scheduled meeting between President Reagan and President Gorbachev and was credited with helping Reagan put pressure on Gorbachev to expand his policy of Glasnost to grant Soviet Jews freedom to emigrate. The resulting exodus of Soviet Jewry has not only benefitted them personally but also greatly enriched the communities in which they have settled, especially here in Israel. This was effective effort and political action with momentous impact.

The sanctity of righteous action is also at the heart of our observance of Hanukkah, that begins this coming week. What we admire and celebrate in Matityahu ben Yochanan, his son Yehudah HaMaccabi and the Hashmonaim was their initiative and courageous military action to overthrow Hellenist oppression, and their success is seen as miraculous and divinely empowered.

In this vein, Rabbi Shlomo Efraim of Lunschitz in his commentary Kli Yakar suggests that the mistake of Yosef was not in making an effort to get himself released from prison, but in putting all his hope in the butler, such that “if you remember me, there is hope, but if not, hope is lost.” He is obligated to try to save himself, but also to remember that HaShem’s care and guidance is always with him, moving all events.

So we can appreciate President Trump’s principled decision to finally recognize Jerusalem as the ancient and modern capital of Israel. But we realize as well that behind, around and through all events, certainly including all events connected with our sacred city, God is working for the welfare of Am Yisrael and the ultimate welfare of all humanity – whether all humanity appreciates this yet or not. 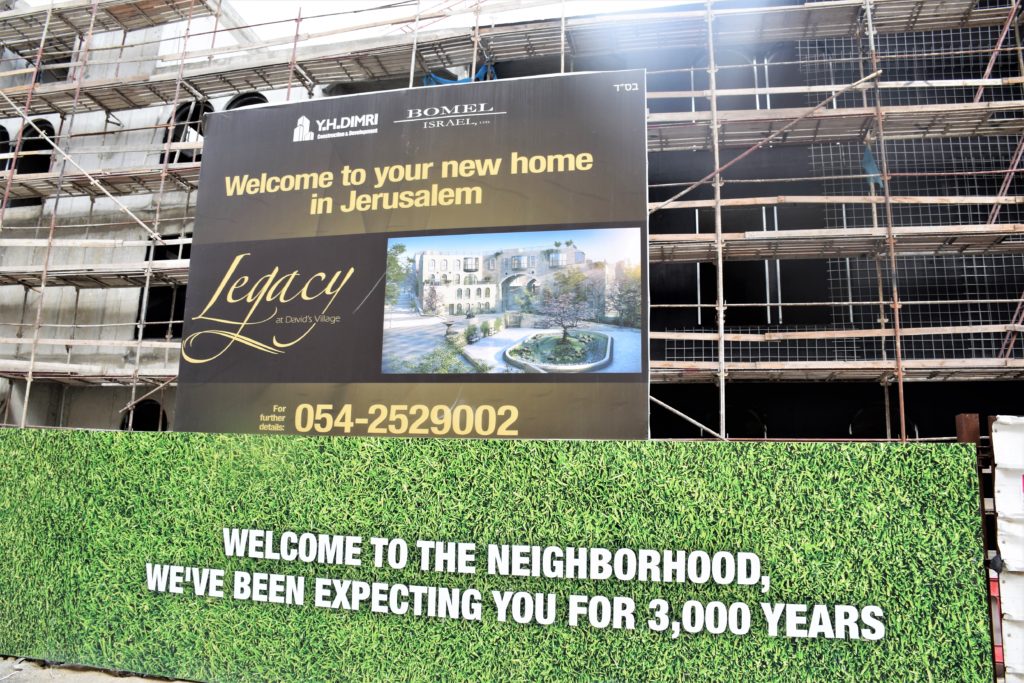 One thought on “God Helps Those”