This week is the fourth anniversary of our Aliyah. So what have we learned?

There is a stark clarity to the Land of Israel. You see it in the bright light and vivid colors, you feel it walking the rocky ground, you sense it in the arid atmosphere (except, maybe, in muggy Tel Aviv), it surrounds you in the sparse and hardy flora and fauna, it’s internalized in the candor and directness of the culture. The clarity is existential — Moshe Rabbenu describes it accurately:

A Land that HaShem your God examines, constantly the Eyes of HaShem are upon it, from the beginning of the year until the end of the year.

This is not a lush jungle or forest where things get hidden in dense undergrowth. You really have a sense of God’s constant attention, that everything that happens here is in the divine spotlight. This has moral consequences. There’s no place to hide, and no room for excuses.

In this week’s parashah, Korach and his allies complain about the leadership of Moshe and Aharon and launch a revolt, which, after several resurgences, is eventually put down. Complaint is the recourse of the resentful, who regard themselves as powerless, hide behind excuses and blame, and feel entitled to get what they want without effort. By contrast, Torah demands of us a commitment to taking responsibility, and working to fix what needs repair.

Korach and his supporters and their families are swallowed up in a precision-guided earthquake, or consumed by fire. But later, in Parashat Pinchas, when taking the final wilderness census of the nation, counting the population that will actually enter the Land of Israel, the Torah makes a point of saying:

The children of Korach did not die.

The commentators explain that they rejected their father’s complaints and resisted the revolt. Not only did they not die, but they and their descendants went on to distinguish themselves in Jewish history.

Eleven psalms are dedicated to them by name, some of the most profound of the profound compilation of Tehillim. These chapters praise God’s care for His People and His Land. A recurring theme in these psalms is the yearning for real relationship with actual God.

As a hart yearns for streams of water, so my soul yearns for You, God. My soul thirsts for God, for the Living God, when will I come and appear before God?

My soul longs, indeed it faints for the courts of HaShem, my heart and my flesh sing out to the Living God.

The children of Korach did not die, they embrace the spirit of this Land, to live in its openness and exposure. The Land of Israel feels responsive, alive, attuning us to how thoroughly and actively we are supported in this world by everything around us. The physical world, as we know from quantum physics, is not inert – it’s packaged energy, held in place by four forces and shimmering, reflecting, refracting and diffracting light in rainbows of color. And we live in a sea of life and of consciousness. And behind it all and through it all, God’s real and intimate Presence. Certainly Israel is a work in progress and there’s a lot that needs fixing. But there’s a clarity here, physical and moral, and a dynamism that urges us to get moving, don’t make excuses, fix what needs fixing, take on a little more than we think we can handle, and make our lives a song to God, the Living God. 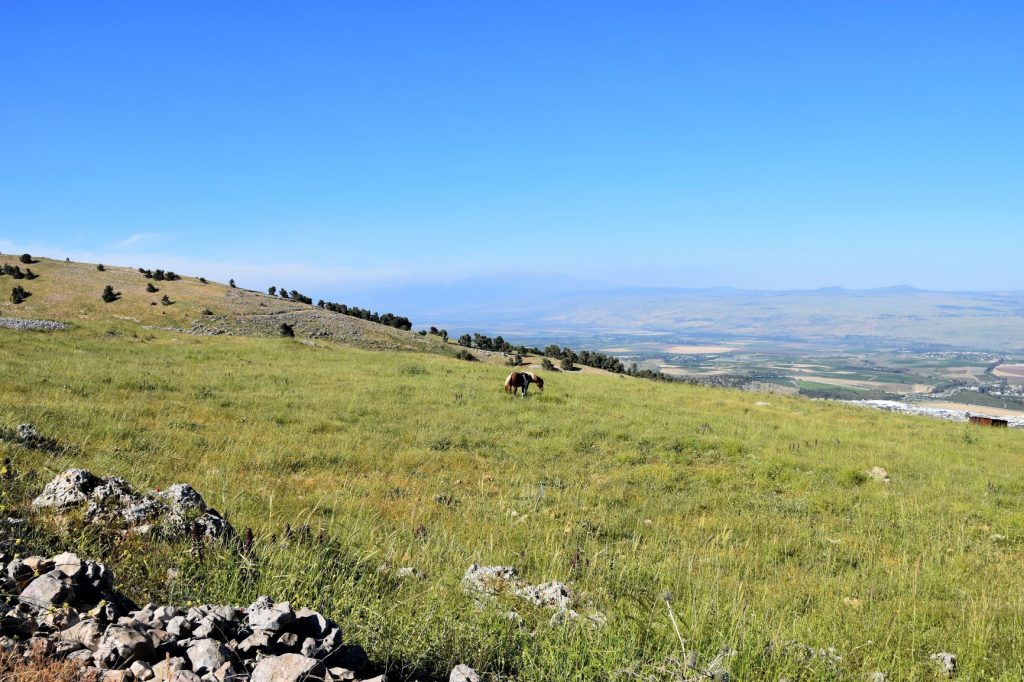 3 thoughts on “Song of Ourselves”