There’s been a resurgence of the pandemic in Israel, and in many places around the world. The easing of restrictions to allow businesses to operate and people to earn a living has been necessary, and could have proceeded safely if people adapted and maintained the discipline of physical distancing and wearing masks and conscientious hygiene. But people have become lax and complacent, apparently tired of the restrictions on movement and behavior, which are inconvenient but frankly not that onerous. This last week, for instance, we are aware of a certain Torah institution that held a Hinukh Sefer Torah, a ceremony to dedicate a new Sefer Torah, during which people danced crowded together without masks or physical distancing. May God protect us all.

In this week’s parashah, the Israelites get tired of the restrictions of their wilderness march and complain about the sameness of their food – the miraculous manna from Heaven. In response, they are attacked by venomous snakes – many are bitten, many die. The people plead for help and HaShem instructs Moshe:

HaShem said to Moshe: make for yourself a serpent and mount it on a pole and whoever is bitten should look and live. And Moshe made a copper snake and placed it on a pole, and it was such that if a snake would bite a person and the person glanced at the copper snake they lived.

Making the snake model out of copper was Moshe’s innovation, punning on the shared triliteral root of the word for snake (נחש ) and the word for copper (נחשת ). The commentators suggest numerous theories about how looking up at the snake model on a pole might have helped heal a snakebite, but they all follow the essential insight of the Mishnah Rosh HaShanah:

Was it the snake model that killed or revived? Rather, when Israel gazed towards the Above and submitted their hearts to their Father in Heaven they were healed, and if not, they would decline.

The Mishnah makes clear that it’s not the copper model of a snake that had power to heal. Rather, the healing came from God and was facilitated psychologically. The model lifted up on the pole was intended to lift people’s eyes to our Father in Heaven, the true Healer. But using a model of a snake on a pole seems like an edgy remedy for a nation dedicated to combating idolatry. This model was handed down from generation to generation, and, sure enough, over the years people forgot its original purpose and came regard it as an object of power in itself. Finally, the great king Hizkiyah, who uprooted all lingering remnants of idolatry from his kingdom, addressed it:

He removed the high places of worship and broke the sacrificial pillars and cut down the ashera trees and cut in pieces the copper snake that Moshe had made, for until that time the Children of Israel would burn incense to it, and he called it Nechushtan (“that copper thing”). And he trusted in HaShem the God of Israel, and after him there was none like him among all the kings of Yehudah, nor among those who were before him.

The degeneration of the copper snake into an object of worship in itself flags a common problem in religion and in life. A spiritual practice or creative activity that starts out as a vehicle for inspiration becomes, over time, routinized, ritualized and externalized. There’s a tendency among people to cling to the superficial shell and regard the thing or the action as the source of the power. This happens in Torah life as well. The dedication of a new Sefer Torah is a joyful occasion under normal circumstances. But when the Sefer Torah gets treated like a talisman and people think the object will protect them from all harm so they can dance without careful precautions during a life-threatening pandemic, the tendency to cling to shells becomes dangerous.

Looking more carefully at that Mishnah in Rosh HaShanah, there’s a key word: “when Israel gazed towards the Above and submitted their hearts to their Father in Heaven they were healed.” Hearts. The term heart in traditional spiritual usage does not mean just the muscle that pumps blood. Physically, it refers to that whole region of the chest, including the muscles of the torso, the lungs, the diaphragm, the solar plexus and the heart that pumps blood. It’s where we tend to register emotion through the impact of hormones. And emotion is a deep form of conscious awareness. So heart in traditional usage refers to a level of consciousness deeper than verbal cognition. It’s our emotional awareness, by which we process not just the facts of a situation or event, but their existential meaning. Verbal cognition tries to pin reality down into stationary forms and categories to give us a sense of stable orientation in existence. It can lead to externalization. Heart consciousness opens to the living dynamism of reality. It’s flexible and adaptive, expanding and transcending. In Etz Hayyim, Rabbi Hayyim Vital says “at each and every moment the worlds change and this moment does not resemble that moment (1:1:5, p. 15a).” That’s the experience of heart consciousness.

Opening our hearts to God can help with healing, not as magic, but helping us out of the self-absorption that often accompanies illness and pain, opening us beyond ourselves to access effective therapy. With extraordinary individuals that opening might receive a radical healing response, not as ritual but as real, God-gifted transformation. When we awaken real heart consciousness, what seems like the dull routine of restricted activity during a dangerous epidemic opens up to awareness that every moment of life is different, changing, offering new challenges but also new opportunities and insights and wonders. When we awaken real heart consciousness we become more sensitive to each other and more caring, and would not think of endangering others with thoughtless and undisciplined behavior. When we awaken real heart consciousness we realize it is the living Word of the Living God recorded in the Sefer Torah that is the source of holiness and wisdom and life, and that asks of us to behave as responsible human beings at all times.

The Torah of HaShem is perfect, restoring the soul, the testimony of HaShem is faithful, giving wisdom to the fool.

With real heart consciousness we can adapt to changing circumstances, even dangerous and restrictive circumstances, with patience and maturity and discipline and keep finding new and inexhaustible sources of support and resilience and inspiration, and remember Who is in charge. 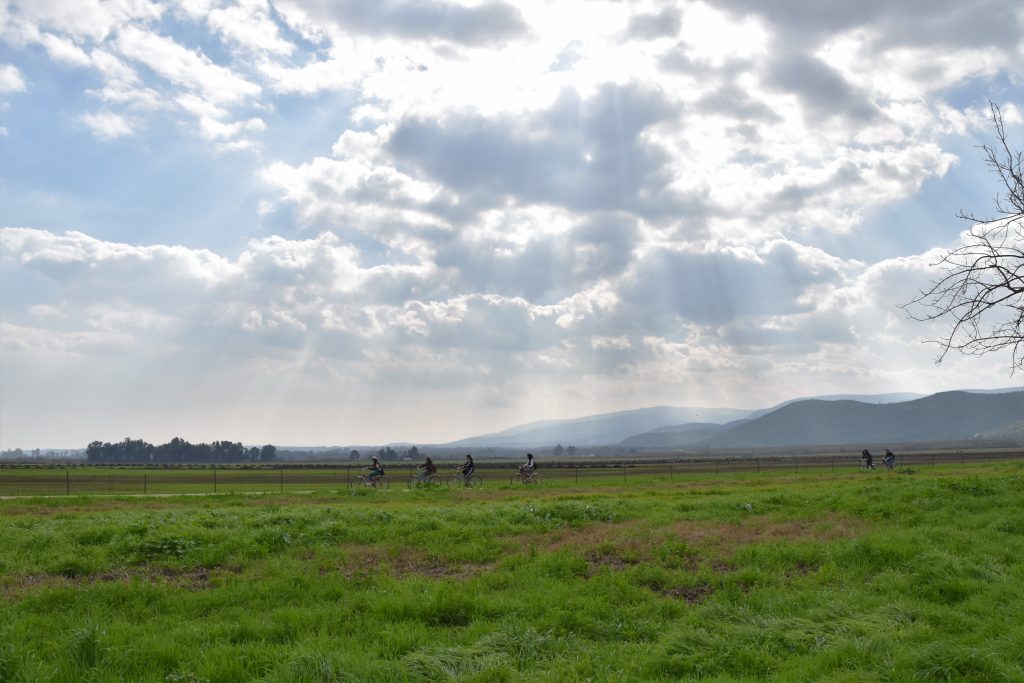 At the Hula Valley Nature Reserve in February 2020