In this week’s parashah, Am Yisrael fails to take up its destiny to enter the Land of Israel, a decision that dooms that generation to wandering forty years in the wilderness until another generation arises that has the necessary courage. That failure of nerve has also dogged Am Yisrael in all subsequent generations, to this day.

The Gemara Sotah devotes an extended passage analyzing what went wrong in the incident of the spies. Rav Mesharshia focuses on what seems to be the spies’ clinching argument to dishearten the people, that the inhabitants of the Land were of giant stature, such that:

We were in our own eyes like grasshoppers, and so were we in their eyes.

Rav Mesharshia said: the spies were liars. Fine, “we were in our own eyes like grasshoppers,” that’s alright. But “and so were we in their eyes,” – how did they know?

To have a modest sense of self is appropriate enough. But when the spies claim to know how the Canaanites viewed them, looking at themselves entirely through the eyes of others, it was a sign of inauthenticity. It’s okay to be sensitive to others and their feelings, but not to the extent that we betray our own perspective and get intimidated to the point that we shirk our responsibility. This is an attitude that persists in some quarters of the Jewish community to this day, as Israel struggles to make decisions that affect our destiny and that have raised the objections of enemies and other even well-meaning voices in the international community.

The whole enterprise of Israel’s entrance into the Land of Israel flies in the face of some widespread contemporary political attitudes and assumptions. The Torah makes no claim that the Land has always belonged to the Israelites. We’re Hebrews, עברים, from the other side of the Jordan River, as the Torah testifies and Yehoshua acknowledges in his great final speech to the nation: “your ancestors used to dwell on the other side of the river… (Joshua 24:2).”  The Torah is quite up front about the fact that there were tribes already living here that will be displaced. The nations at that time, who themselves conquered others to get there, complained and asserted their rights and made up stories and falsified history to defend their supposed entitlement, just as they do today. So by what right does Israel enter the Land of Israel?

Yehoshua and Kalev stand up against the rest of the spies. HaShem Himself testifies to the character of Kalev:

My servant Kalev, since he has an other spirit in him and follows Me fully, I will bring him to the Land to which he came, and his offspring will inherit it.

Rebbe Zev Wolf of Zhitomir explains that the “other spirit” of Kalev is his sense of responsibility to work for tikkun, for moral and spiritual repair and the elevation of awareness of divine Presence in the world, and to encourage others to take up their responsibilities.

This is what the verse alludes to, “and he said up, let’s go up.” Not like you [the other spies] said, that the nation that dwells there is fierce, and someone whose consciousness is not strong is like dry wood and of little help to lift up the lower levels. Rather, “up, let’s go up,” – he included himself with them, that we all have ability, each according to his level, to raise up the divine Presence… There is no person in Israel that does not have a place in the divine Presence, and according to his place he can make repairs in the supernal world.

Kalev has an Other Spirit, רוח אחרת. The very essence of spirit is responsibility. Kabbalah, based on a passage in Midrash Bereshit Rabbah (14:9), holds that there are five levels of soul, what we would call the full structure of consciousness. Every human being starts out life with Nefesh, gifted with the animating soul in the body. The higher levels of soul need to be earned. If a person works, through the discipline of mitzvot, to attain a consistent, principled ethical life, they earn Ruach, Spirit. If they work further through Torah study to attain consistent intellectual and spiritual awareness they attain Neshamah. If a person achieves deeper experiential awareness of the continual source of their life and consciousness they attain Chayah, eternal life. At highest level, if a person reaches fully enlightened consciousness, they earn Yechidah, unitive relationship with HaShem.  Kalev, with an Other Spirit, never stationary, always urging himself and others “up, let’s go up,” is the model of the person who shoulders the responsibility and earns the privilege of entering the Land of Israel.

The Torah does not acknowledge any right or entitlement to living in the Land of Israel, not for Jews, not for any nation. And certainly no entitlement based on just being here for a while. And certainly, certainly no entitlement to a society that encourages and indoctrinates its populace in violence and murder and falsehood and oppression of others. Any promises made to our Patriarchs and Matriarchs about their children inheriting the Land of Israel are conditional on us behaving like our Patriarchs and Matriarchs. The Torah is very clear about that. As Yehoshua explains in his last great speech, living in the Land of Israel is a privilege conditional on exercising moral and spiritual responsibility to create a society of justice and compassion and truth, guided by God’s Will:

And now, revere HaShem and serve Him in wholeness and truth.

Up, let’s go up and keep going up. 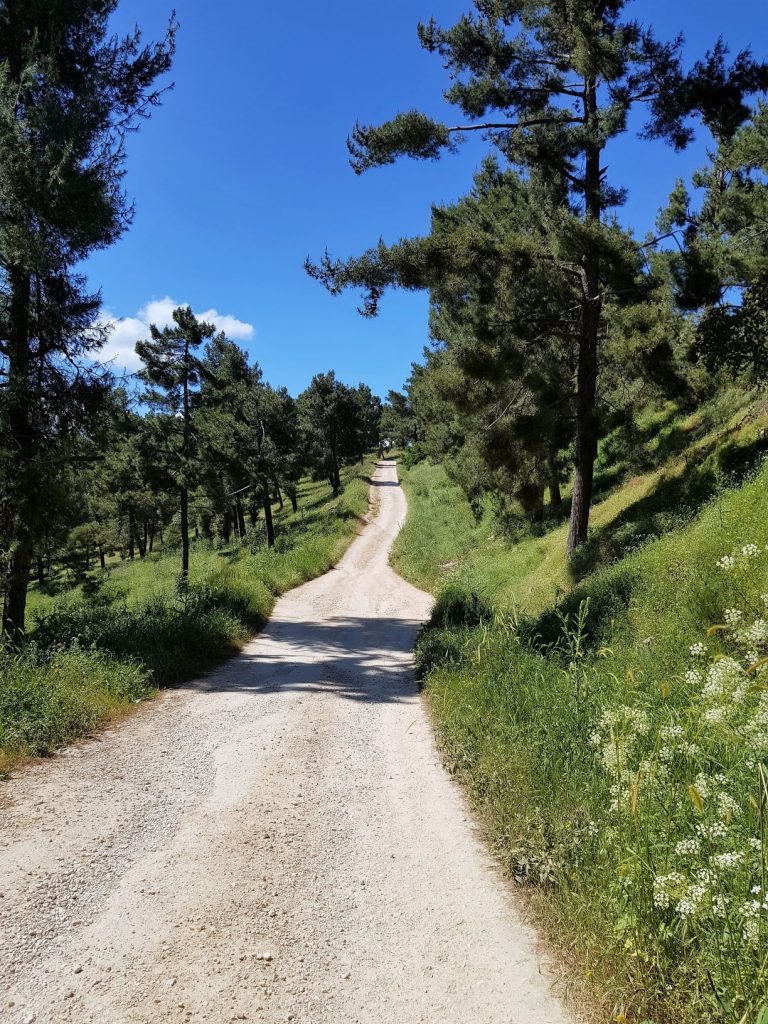