As we are approaching Pesach, the key preparative mitzvah of the festival is in effect: to get rid of all chametz from our homes, as it says

Seven days you shall eat matzot, but [by the 14th of Nisan] cause se’or to cease from your homes, for whoever eats any chametz, that soul will be cut off from Israel, from the first day to the seventh day.

Chametz is any of five grains – wheat, barley, oats, rye or spelt – that have that begun to ferment. This happens through contact with water or certain other liquids, activating naturally-occurring yeasts and enzymes to break down the grain starch into sugars, metabolize the sugars and emit carbon dioxide, which gets trapped in the sticky gluten of the dough, causing it to expand and rise. Se’or is an intense form of chametz, with wild yeasts and bacteria, such as dough starter. We rid our homes of all forms of chametz before Pesach starts, such as breads, cereals, crackers, cookies, baked goods, pasta, grain-based alcoholic beverages, and any foods with grains mixed in. We also clean the house from crumbs of chametz, and kasher cooking utensils we want to use during Pesach that may have absorbed chametz during the year. Pesach cleaning and kashering is a laborious process, but it’s a mitzvah by which we earn a home free of chametz, to fulfill the mitzvah to eat matzah and to celebrate the festival of freedom. As a fail-safe, to make sure our homes are chametz-free for Pesach, the rabbis also instituted a nullification formula that we recite Erev Pesach, in which we say:

All hametz and se’or that is in my possession, that I have seen or not seen, that I have destroyed or not destroyed, let it be considered nullified and ownerless like the dust of the earth.

This cognitive nullification is another way to fulfill the mitzvah, expressed in the Torah in neutral terms, “to cause se’or to cease.”

Hametz was also prohibited as an ingredient of most grain offerings of the Mishkan and the Holy Temple, as it says in this week’s parashah:

The Ba’al HaTurim, similar to many other commentators, explains this according to a midrashic theme:

The point is that in the Holy Mishkan and Holy Temple, when we are offering symbolic sacrifices to God, their ingredients should also express holiness through and through. Midrashic interpretation explains these prohibitions of hametz and se’or and honey as based on their symbolic association with negative human instincts that drive us to satisfying lower urges in harmful ways.

This interpretation is also applied to the prohibition of hametz on Pesach. Hametz, the puffed-up dough, represents arrogance and puffed-up egotism, whereas Pesach is about rediscovering our core spiritual essence, serving HaShem in simplicity and humility and enacting His will to compassionately assist all who are oppressed. This service is represented in the mitzvah to eat matzah, the humble bread of slaves that becomes our humble bread of redemption: we have been freed from slavery to crude and cruel human beings in order to be spiritual slaves of God and help to perfect His world.

When I was in Yeshivah back in the mid-1970s, a good friend of mine once boasted to me that he was invited for the Pesach Seders by this very pious, very virtuous rabbi who was the head of a Kollel in a small town in New York State. The Kollel was composed of elite Torah scholars who lived with their families in very modest trailer homes, dedicating their lives to learning Torah and doing Mitzvot. My friend said “These will be the perfect Seders!”

When I met my friend after Pesach, I asked him how it went. He laughed and said that when he got to the rabbi’s trailer home Erev Pesach, he found out that the rabbi’s wife had gone into labor. The family had to run to the hospital that morning and they were totally involved with the birth until right before Pesach came in, so they didn’t have time to clean their home or check the house to get rid of hametz. The place was a total mess. When the rabbi and the rest of the family and my friend sat down to the first Seder, there was bread and cereal bowls with uneaten cheerios floating in milk from breakfast still sitting on the table. Since by that point the halakhah prohibits moving the breadstuff, the rabbi just covered the bread and cereal bowls and they had their Seder just like that! When he asked the rabbi “how can you have Seder with all this hametz sitting right in front of us?” The rabbi said “what hametz? I said the nullification formula. All I see is some ‘dust of the earth.'” I said to my friend – “You really did have the perfect Seder!”

Pesach is about getting down to essentials, understanding the real priorities in life, dropping the unnecessary complexities and excesses we get trapped in, all the sticky, puffed-up stuff, hametz, and experiencing freedom and responsibility to serve God in humble simplicity, symbolized in matzah. That rabbi followed the halakhah for emergency situations properly and taught the deeper lesson perfectly. If we’ve learned anything, or should be learning anything, from our globally-shared experience of the pandemic, it’s about getting down to essentials and priorities in life and our shared responsibility to support and protect each other. This year we might really appreciate the real meaning of Pesach. 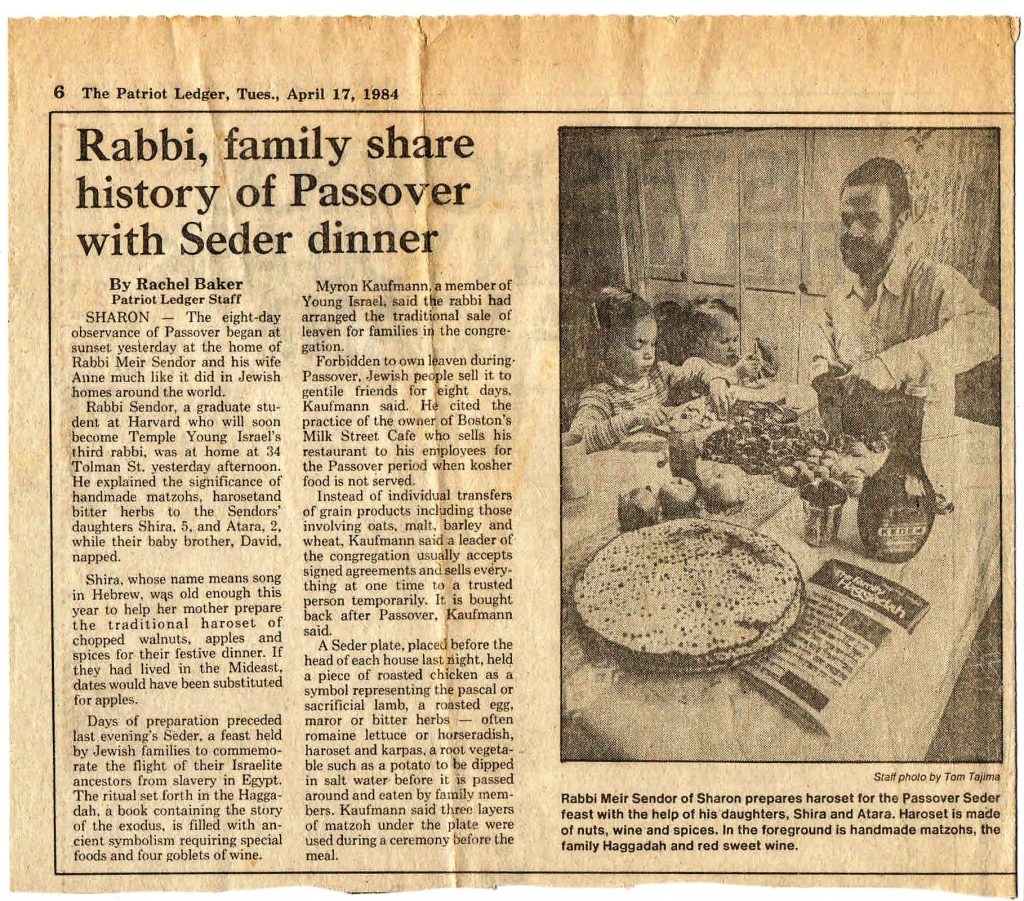 Although an upgrade in wine was sorely needed!