The Experience of Redemption

For further information and to register, please go to https://www.talorot.org/classes-and-events/

The practical and valuable monograph “Mavo haTalmud – Introduction to the Talmud,” that appears as an addendum to tractate Berakhot in most complete sets of the printed Talmud, discusses the authority and proper application of various categories of legal statements found throughout the Gemara. One entry also addresses the status of rabbinic statements found throughout the Gemara that do not have halakhic significance, called Hagadah (the larger genre that the Passover Haggadah fits into) or Aggadah, Talmudic midrash – a category which includes stories, legends, fables, ethical, mystical, historical, medical and scientific material of the time:

Hagadah is any interpretation that is brought in the Talmud on any topic that is not a Mitzvah – this is Hagadah. And you should not learn from it anything other than what happens to occur to mind. And you should know that everything that the sages of blessed memory establish as halakhah on a Mitzvah topic that is from Moshe Rabbenu, peace be upon him, that he received from the mouth of the Almighty, you must not add to it nor subtract from it. But what they expounded on verses, each according to what occurred to him, and what they thought of and what occurred to them from these interpretations, one can learn them but not rely on them.

“Mavo haTalmud” is attributed to Rabbi Shmuel haNagid – though it’s not clear whether the author was Rabbi Shmuel ben Yosef haLevi Ibn Nagrela haNagid, the great Nagid (Leader) of Andalusian Jewry of the 11th century, or Rabbi Shmuel ben Hananiah haNagid of Egypt of the 12th century. The book is thought to be based on a similar work by Rabbi Shmuel ben Hofni Gaon of Sura, 11th century Babylonia. This realistic and rational approach to Aggadah is characteristic of the sophisticated Middle Eastern and Sefaradi rabbinic tradition. They understood rabbinic Aggadah and midrash to be playful, clever and wise, intended to inspire or entertain, using a variety of rhetorical methods, and to be understood figuratively and poetically. They understood the rabbis to be wise teachers for thoughtful and sensible students. Maimonides, in his introduction to his Guide of the Perplexed, follows the Sefaradi approach, adding that rabbinic Aggadah and Midrash is valuable and should not be taken lightly, but it’s necessary to understand the way the rabbis use metaphor, hints and parables to convey deep wisdom. In the Ashkenazi tradition, from the early medieval period and on, there was a line of thought that regarded all rabbinic Aggadah as intended to be taken literally, no matter what absurdities resulted, and this simplistic attitude persists today in some quarters, and has proven to be not just naïve but dangerous. But Aggadah and midrash were never intended to be taken literally. As the Gemara asks rhetorically numerous times when dismissing misinterpretations or misapplications of Torah: “are we dealing with fools?”

Let’s take an example of rabbinic midrash on this week’s parashah – one of my favorites of the vast midrashic tradition. The context is the completion of the Mishkan described at the very end of Parashat Pekudei, the conclusion of Sefer Shemot. After all the myriad pieces of the Mishkan were meticulously constructed by all the craftspeople of Israel under the direction of master artisans Bezalel and Oholiav, it was time to put it all together, so the divine Presence would dwell in the midst of Israel. The midrash Tanhuma (Pekudei, sec. 11) describes what happened. The craftspeople tried to put it together, but it kept falling apart. So they went to Bezalel and Oholiav and asked them to put it up, they tried, but couldn’t do it. The people began to worry and wonder why they had been put through all this expense and effort to make something that didn’t fit together. They brought everything to Moshe Rabbenu, who checked and confirmed that every piece was made properly, as it says “and Moshe saw all the work, and behold they did it as HaShem commanded, so they did, and Moshe blessed them (Ex. 39:43).” So why couldn’t they set it up? Moshe was worried, but HaShem reassured him that He had left the final work of setting it up for Moshe himself. The midrash continues:

Moshe confessed to HaShem: “I don’t know how to set it up!” HaShem responded: “Get busy with your hands, and you will seem to set it up, but it will go up by itself, and I will write in the Torah that you put it up.” As it says “And it was in the first month, in the second year, on the first day of the month, the Mishkan was set up (Ex. 40:17).”

This midrash is interpreting the use of the passive voice in the verse – “the Mishkan was set up” – which leaves unclear who did it or how, and says just that, somehow, it went up. The rabbis created an appropriate backstory bring out this nuance in the verse, and to bring out an important lesson.

On the surface the midrash says the Holy Mishkan would go up “by itself,” and I don’t doubt there are some who take this literally as magical. But that’s not the point. As a community rabbi for over three decades, I would often call this midrash to mind when I faced overwhelming challenges I had no idea how to handle: how to help congregants with life and death issues, difficult medical decisions, difficult ethical issues, difficult relationship issues, issues in which congregants were in serious danger or extreme anguish or anxiety. We’ve all had such challenges in work or in life. In these situations, I would steady myself and paraphrase to myself: just get busy with your hands, and somehow things will come together. The point is to just get in there and get involved, take things step by step, and somehow things will work out. It’s not that things will happen magically on their own. It’s that everyone in the situation is trying their best. Every contribution of every person, however small, is helpful. So the job of each of us is to get involved on our level and help in whatever way shows itself. And in truth, HaShem is working behind all scenes. It’s not superficial magic. It’s the deep, divinely guided reality we live in.

This midrash could be taken one further step, as Rabbi Yaakov Leiner implies, to realize that even our own hands, that we get busy with, are a gift to us, empowered by HaShem (Beit Yaakov, Shemot, Pekudei, sec. 44).

The Mishkan was put together on Rosh Hodesh Nisan, which comes on this Motzaei Shabbat. It’s timely – some of our own challenges right now may seem overwhelming. Even cleaning our homes for Pesach, two weeks away, may seem daunting. Our wise rabbinic tradition, understood properly, encourages us to get in there, do our best, keep moving forward and working together, and somehow, with HaShem’s help, it will all work out. 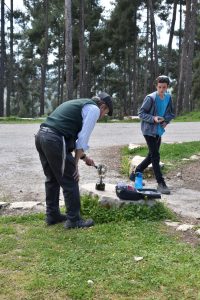 Making coffee with a kit for the first time 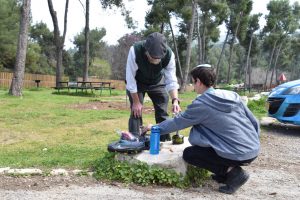 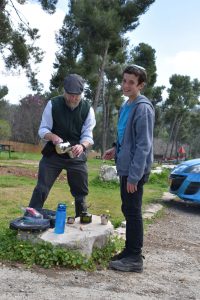 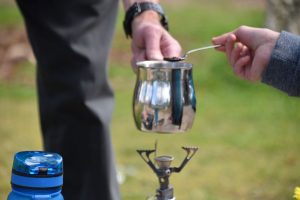 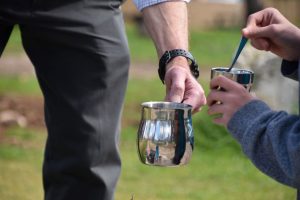 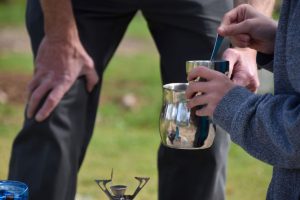 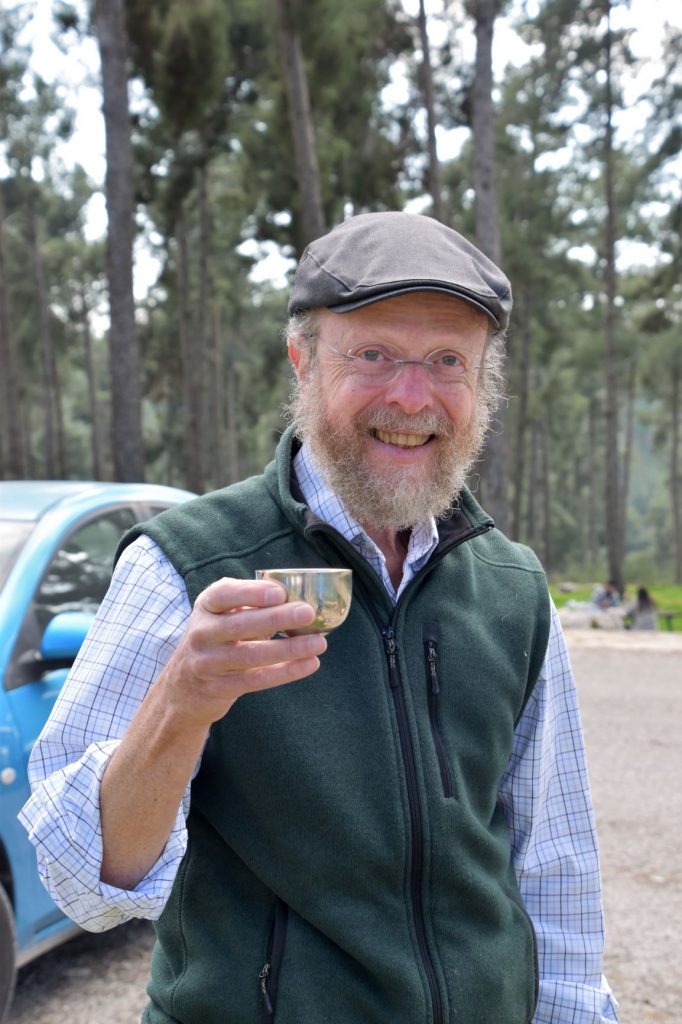