We got our first of two vaccinations against the virus this week. It was the first day of the vaccination program here in Tzfat, and it had a kind of giddy, festive atmosphere. All the health plans set up booths in the Yigal Alon Cultural Center, the largest indoor space in town. Some booths were festooned with balloons. It was by appointment to avoid crowding on lines, and things moved pretty smoothly. The nurse who gave us our shots was especially cheerful, and the injection itself was nearly painless. When she finished giving Anne her shot she added aloud “מחוסנת, מחוסנת, מחוסנת–immunized, immunized immunized.” Brilliant. I remarked that she was cleverly adapting the phrase מקודשת, מקודשת, מקודשת – sanctified, sanctified, sanctified – the formula said by witnesses to validate a marriage under the chuppah when the ring is given and received by the groom and bride, and she was delighted we caught the reference. Then I thought more deeply about what this nurse was doing.

The threefold repetition formula appears in numerous places in halakhah and custom. For instance, in the time of the Sanhedrin, when a new month was declared by sighting of the new moon by witnesses and confirmation by the court, the head of the court would announce “מקודש –sanctified!” – and the people assembled would respond “מקודש ,מקודש — sanctified, sanctified!” to affirm that the new month has been established. In the ceremony known as קידוש לבנה –Sanctification of the New Moon, that is performed by individuals during the waxing period of the lunar cycle, there is a section of verses and statements for blessing and protection from harm, each of which is repeated three times.  In the short-form ceremony for annulment of a vow for legitimate reasons, to officially confirm the nullification the assembled court of three judges declares to the petitioner “מותר לך, מותר לך, מותר לך — it is released for you, released for you, released for you.” In the principle of חזקה, establishing a commitment to a halakhic practice, performing a mitzvah three times in succession establishes the pattern. This applies in certain cases in the halakhic realm of torts and damages as well. In the ceremony for ameliorating a disturbing dream the person who had the dream assembles three friends and declares three times in Aramaic ” חלמא טבא חזאי — it was a good dream I saw” and his friends respond “חלמא טבא חזיזא – a good dream you saw” three times. In the Kedushah during prayer, we recite the threefold exclamation of the angels from the prophetic vision of Yeshayahu: “קדוש, קדוש, קדוש — Holy, Holy, Holy…” On Shabbat evening, before the evening meal, in the singing of the piyyut “Shalom Aleikhem”, a common custom is to repeat each stanza three times. When the Torah is taken from the Ark to read on a festival, part of the ceremony is recitation of the Thirteen Attributes of Divine Mercy three times.

In all these halakhot and customs, the three-fold repetition serves to reinforce and confirm the reality of what is being verbally acknowledged. In the cases of ameliorating a dream, Kiddush Levanah and Shalom Aleikhem, the three-fold repetition has a psychological impact, going beyond a mere verbal statement to a wishful positive suggestion by which the person reciting takes to heart the reality of what is being said.  A similar emotional effect may be at work in the more halakhic and devotional examples – that the people really acknowledge the reality of a new month; that the person looking for release from a vow really accepts that this vow that worried him is now null; that we really feel the presence of HaShem on a festival as the Torah is being taken from the Ark to read; that we and the angels really experience the reality of God’s holiness. In all these cases, the repetition takes the word or phrase beyond its surface meaning and helps a person actually experience a transformed reality.

That really acknowledging reality takes a special shift of consciousness is demonstrated movingly in this week’s parashah. When Yosef finally reveals himself to his brothers, they are at first incredulous, and it takes some gentle and intimate convincing to get through to them. And then, when the brothers try to convince Yaakov Avinu that Yosef is alive and very well in Egypt, at first he just can’t process it. The Midrash HaGadol amplifies the account of how Yaakov ultimately came to realize and accept that Yosef is really alive:

“They said to him, ‘Yosef is still alive (Gen. 45:26).’” The Rabbis said, [the brothers said] if we tell him right away that Yosef is alive, his soul might leave him. What did they do? They said to Serach the daughter of Asher “tell our father Yaakov that Yosef is still alive and he is in Egypt.” What did she do? She waited until he was standing in prayer and she said in a questioning tone “Yosef is in Egypt/ born on his knees/ were Menasheh and Efraim.” His heart fainted as he was standing in prayer. When he finished, he saw the wagons [that Yosef had sent for him] and immediately “the spirit of their father Yaakov revived. (Gen. 45:27)”

According to the midrash, the family was concerned that if they broke the good news to Yaakov suddenly it might be too much of a shock for him. So they ask their step-sister, the wise and righteous Serach, to find a way to let him know. She takes an oblique approach, choosing a time in which Yaakov’s heart would be open in prayer, and conveying the news indirectly and gently in a poem – in Hebrew the last words of each phrase rhyme and the meter and rhythmic feet are parallel. According to some commentaries she sang this poem accompanied by a stringed instrument. As we discussed in our session this week, led by poet Adina Kopinsky, metered, rhythmic poetry and music help us experience in a more deeply emotional and meaningful way. As a result, Yaakov was slightly shaken, but was able to recover his composure and fully process this new reality.

The instances in our parashah are extreme examples of realizing a changed reality. But in truth, realizing the absolute reality of the real is always a challenge for us human beings. The fact is, each of us is infinitely here – not here in this form forever, but absolutely real in every moment of consciousness, due to the absolute reality of God (Maimonides, Yesodei HaTorah, 1:1-3). But we miss God’s reality, and overlook our own reality, all the time. As Maimonides explains in Guide of the Perplexed:

The Creator, may He be exalted, cannot be apprehended by the intellects, and none can apprehend what He is but Him Himself. Apprehension of Him consists in [recognizing] the inability to attain the ultimate term in apprehending Him. All the philosophers say: We are overwhelmed by His beauty and He is hidden from us because of the intensity of His manifestation, just as the sun is hidden to eyes that are too weak to apprehend it (1:59).

His reference to “all the philosophers” includes Rabbenu Bahya ibn Pakudah in Hovot HaLevavot (Duties of the Heart, 1:10), and Aristotle, who says more generally: “For as the eyes of bats are to the blaze of day, so is the reason in our soul to the things which are by nature most evident of all (Metaphysics 2:1).” There are religions in the world that consider reality to be an illusion. For Torah, however, what’s most astounding and overwhelming to the mind is that this reality we are experiencing is really real. When we get an inkling of the impact of this realization, we can barely contain our sense of gratefulness to God.

The realization of reality in our experience takes a certain shift in awareness, one that engages our heart consciousness. I had a small experience of this earlier this week, viewing the Great Conjunction of the two planets Jupiter and Saturn. We were actually able to see them clearly right from our garden, just after sundown. By eyesight we could easily see Jupiter, but Saturn, which is further away and smaller, was harder to discern, just a tiny dot. Then I remembered we have a spotting scope which we got for birding, so I ran and got it and set it up on the tripod. It has good optics, I set it on 75x magnification, and there was Saturn, rings and all. I have to say, actually seeing Saturn clearly with its iconic rings floating there in space was just spectacular. It rekindled that profound sense of wonder looking up into the night sky. We’ve all seen photos of the planet, but actually seeing it directly and realizing it’s an unusual, stunning and real part of God’s Creation is quite moving. Realizing the reality of the real is one of the great challenges of our human spiritual journey. For those who get a sense of it, consciousness is transformed. 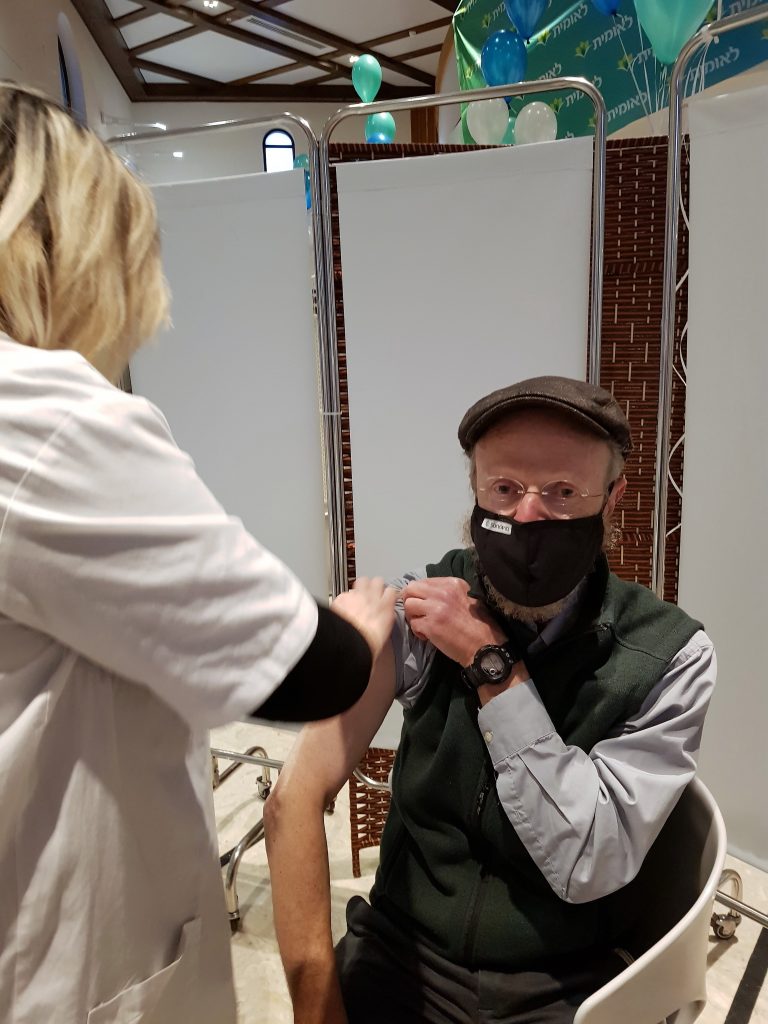