One of the underlying themes of this week’s parashah is identity. Yosef, a prisoner at the very bottom of the social pyramid of Egypt, jumps suddenly to the top, gets a nickname, adopts Egyptian dress, hides his identity from his brothers and intentionally accuses them falsely of being spies, that is, of adopting false identities. In the course of these ups and downs that will shape our national identity, the question of the real nature of identity is raised.

This issue is flagged by the Midrash and expounded by Rabbi Yaakov Leiner with regard to Paro’s declaration of Yosef’s appointment as vice-regent:

Paro said to Yosef “I am Paro, and without you no person shall lift his hand or foot in all the land of Egypt.”

In Midrash Rabbah it says:

Rabbi Yehoshua of Sikhnin (a town in the Galil not far from us) and Rabbi Levi are comparing the limited executive privilege of Paro, who asserts his authority of royal selfhood to pardon and elevate Yosef, to the unique and infinite executive privilege of God to do what He wants, to pardon and elevate Israel, as expressed in the prophecy of Yeshayahu.

Rabbi Yaakov Leiner takes this further, into an exploration of human identity as such. He notes that in contrast to Paro, who uses the pronoun “I” with proud assurance, Yosef responds more appropriately. When Paro says to him “I heard about you, that they say that you listen to a dream to interpret it (Gen. 41:15),” Yosef demurs:

Yosef answered Paro saying “it’s not by me. God will answer to the satisfaction of Paro (41:16).”

Yosef is not just being piously self-effacing here, saying that whatever skill he has in dream interpretation comes from talent HaShem has granted him. He says that “God will answer” – that is, God Himself will answer through Yosef. This is not humility, but neither is this spiritual arrogance. Rabbi Leiner notes that this is a radical and accurate understanding of the mystery of identity:

For in truth there is no power in any creature from itself to act or acquire. Indeed, the portion and acquisition attained by any creature is through its understanding that, from itself, it has no power by itself, and it’s only that HaShem, blessed be He, has given it power “to do valiantly.” By virtue of the fact that Israelites contract themselves in this world and diminish themselves so that the glory of the Holy One, blessed be He, may dwell upon them, and they realize that all their power is only from HaShem, blessed be He, this acquired awareness will remain with them forever, until the future time when HaShem will open up His light and all people of the earth will see that in truth no creature has the power to do any action from itself. Nonetheless they shall be elevated and precious without limit since in this world they have provided space for magnifying the glory of Heaven, for this is the only thing that a person can acquire in this world. (Beit Yaakov, Miketz, sec. 35)

When Yosef says that “God will answer” Paro through him, it’s not a chutzpah: he is making a phenomenologically accurate statement. It’s not just that God has granted each creature its abilities which it now possesses autonomously as its own identity package. Understood clearly in real time, everything about us, through and through and at every moment, is powered by God. Even our will to make decisions, to think, to speak, to act, to “lift a hand or foot,” is powered by God. We have done nothing to bring ourselves into existence, and are not doing much to keep ourselves in existence at every moment. As long as we breathe, drink, eat and watch where we walk, we can stay in this world for a lifetime. We make it more complicated, sure, and our habits of mind, habits reinforced socially over a lifetime, may give us the illusion of autonomous ownership of self, but with clear awareness we can discern that all that we are and all that we do is not by our own power. Just as the primary creative act of ‘Ein Sof, God the Infinite, according to the Ari z”l, is Tzimtzum, a divine Self-contraction to make “room” for Creation, so, too, according to Rabbi Leiner, the primary ethical act of a human being, created in the image of God, is self-contraction, relinquishing any sense of self-ownership or entitlement, to make room for others and for the ultimate Other, God. But as Rabbi Leiner says, that does not diminish us, it is our preciousness to recognize the glory of Heaven that is expressed in all that we are and every move we make.

So when Yosef says ““it’s not by me. God will answer to the satisfaction of Paro,” he means it sincerely, without pious modesty or brash chutzpah. This is also the key message of Hanukkah, the victory and miracle we commemorate, as distilled in the prophecy of Zekhariah in his vision of the automatic menorah, constantly filled and powered by Heaven:

Not by valor and not by might, but by My Spirit, says HaShem of Hosts.

In a similar vein, on Rosh Hodesh we celebrate the renewal of the moon in its monthly cycle of self-effacement, a fitting symbol for Am Yisrael. And in an odd way, the masks that have become the emblem of this time of pandemic offer a thought-provoking challenge to our habitual ways of asserting identity. A little effacement of face for the protection of others is not a bad thing.

This world could use more of this awareness, mired as we are in petty, perverse and violent identity politics. If we would all realize that we are gifts to ourselves and to each other, that the whole world is a precious gift, we might all treat each other with genuine respect and love and enjoy this shining God-powered reality we share together. 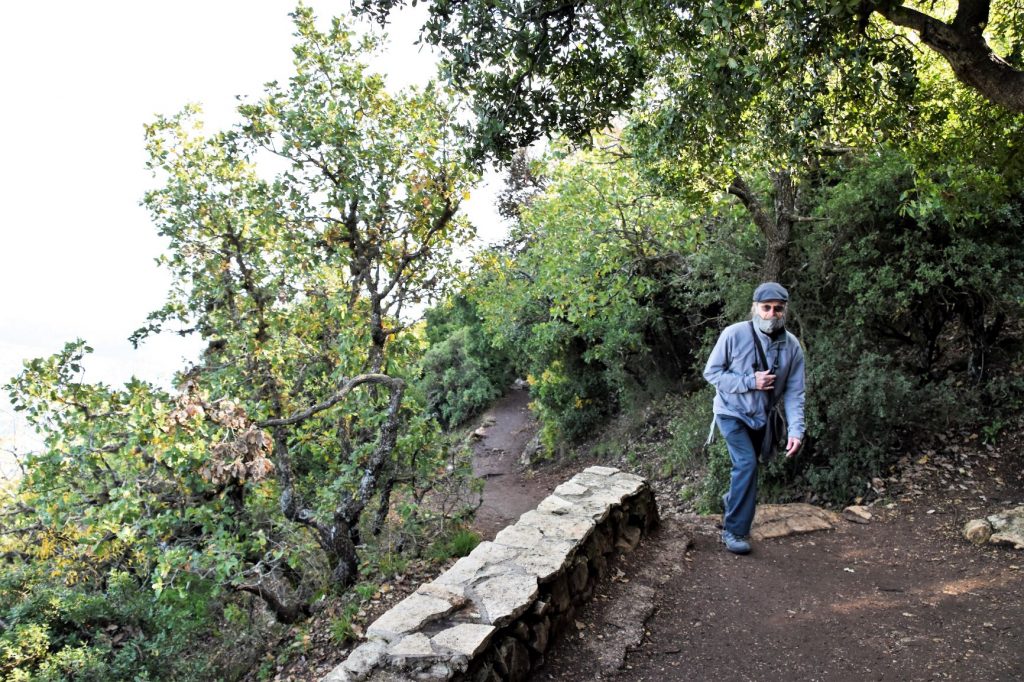