One of the participants in a shiur I taught on prayer told me that she talks to HaShem constantly throughout the day, not just at the three official daily times of tefillah, Shacharit, Minchah, Maariv. In every decision she asks for God’s advice, on every errand she invites God to join her, in everything large and small in her life she involves God. When she mentioned this to other members of the class, very traditional folk, they found it strange, even a kind of chutzpah. After all, it says in Kohelet:

Do not be hasty with your mouth, and don’t let your heart hurry to express a word before God, for God is in heaven and you are on the earth, therefore let your words be few.

But this woman also has support. In Sichot HaRan, sec. 233, Conversations of Rabbi Nachman of Breslov, his secretary Rabbi Natan reports:

I once heard from one of our people that he spoke with [Rabbi Nachman], of blessed memory, regarding clothing, and he said that for everything you should pray, such as if your garment is ripped and you need a garment, pray to HaShem that He should give you a garment. So, too, for everything large and small, for everything one should accustom oneself to pray to HaShem for what one lacks. Even though the essential thing is to pray for essential things, like for serving God, to merit to draw close to Him, for these things, too, you should pray.

Rabbi Nachman goes on to explain that this path of continual prayer raises our awareness. In praying for what we need in detail, we become aware and appreciative of how HaShem is supporting us and providing for us in detail at every moment.

This woman gets support from this week’s parashah, too. At the beginning of the parashah the God-guided mission of Moshe and Aharon to get Paro to “let My people go” is not going well. So God tells them to reassure the people that the redemption is a process, and it is proceeding:

HaShem promises the people He is acting to help them in five ways, the five verbal phrases underlined. In the Gemara Yerushalmi Pesachim (10:1) Rabbi Yochanan in the name of Rabbi Banaiah explains that the four cups of wine we drink at the Seder Pesach correspond to the first four divine actions: “I will bring you out… I will save you… I will redeem you… I will take you.” The commentators explain that each of these is a step in the overall process of getting the people out of Egypt.  For instance, Rabbi Moshe ben Nachman suggests that HaShem will “bring you out” from slavery itself, “save you” from other forms of oppression, “redeem you” by allowing the Egyptians to survive on only condition that they release all claims to you, and “take you” as God’s treasured nation at Mount Sinai.

What about the fifth divine action – “I will bring you to the Land?” Rabbi Ovadiah ben Yaakov Seforno comments: “when you understand all this, you will be worthy for Me to bring you to the Land, and I will give it to you.” The point is that when we understand that all these processes of release from slavery and from Egypt, and all the support and care we receive at all times, are not just impersonal natural processes, rather, they are being done for us personally by HaShem Himself, we will be ready to appreciate and to live life in the Land of Israel.

But there’s a further subtlety here. A rabbinic friend told me about someone who confided to him that she had not really prayed formally from a siddur in years. It wasn’t that she didn’t know how to pray, or didn’t feel connected to God. Quite the contrary. Her prayer life was so intimate that she could not relate to speaking with God in terms of the berakhah formula that begins “ברוך אתה – Bless You…” To address God as You seemed too distant – to make an object of God, an Other of God, when God is closer to us than we are to ourselves, just did not express the way this person relates to God. It’s not that she confused God with herself – she understood that God is infinitely transcendent. But she also understood that God is infinitely close, so “Bless You” seemed too separating, too externalizing. Our rabbinic friend suggested that there can be a difference between saying “Bless You HaShem” and very quietly and intimately whispering “Bless… You… HaShem.” The advice was accepted and appreciated.

Rabbi Pinchas of Koretz says on the verse from Tehillim “He is your praise and He is your God (Ps. 10:21)”:

For the prayer that a person prays is itself divine. It’s not like a person who seeks something from his friend, such that the friend is one thing and the request that the person requests is another thing. Here it’s not so… The prayer itself is divine, for it unifies the supernal qualities. Those who pray before the Holy One, blessed be He, for whom the prayer is something else, are like servants, and they are given from the outside… But those for whom the prayer itself is divine, they are of the aspect of a son or daughter who searches themselves in the treasuries of the King and takes themselves what they are asking for, for such a person is trusted by the Holy One, blessed be He (Imrei Pinchas sec. 419).

When Rabbi Pinchas says “the prayer itself is divine” he means that when we realize that even the words we say and the ability to pray are facilitated and gifted to us by God, the process of prayer becomes intensely intimate. Our words are not projected outwards to some imaginary idea of God. Our words become the divinely-granted meeting ground in which we actually encounter God directly and intimately, transcendent and yet closer to us and more attentive to us than we are to ourselves.

Here in the Land of Israel, preferred pronouns: You…You…You. 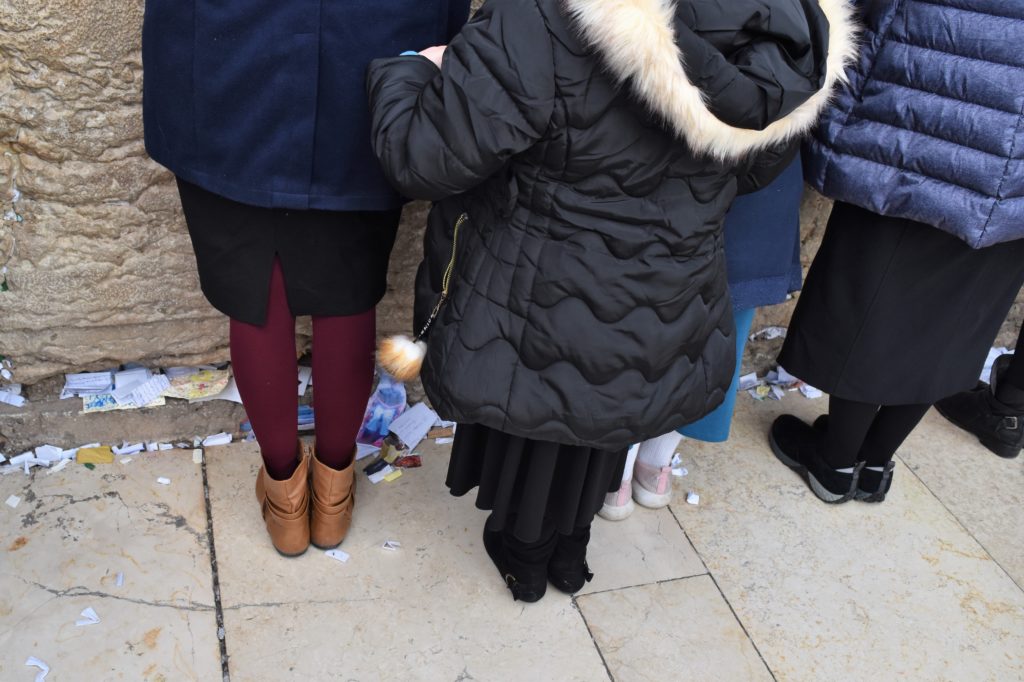 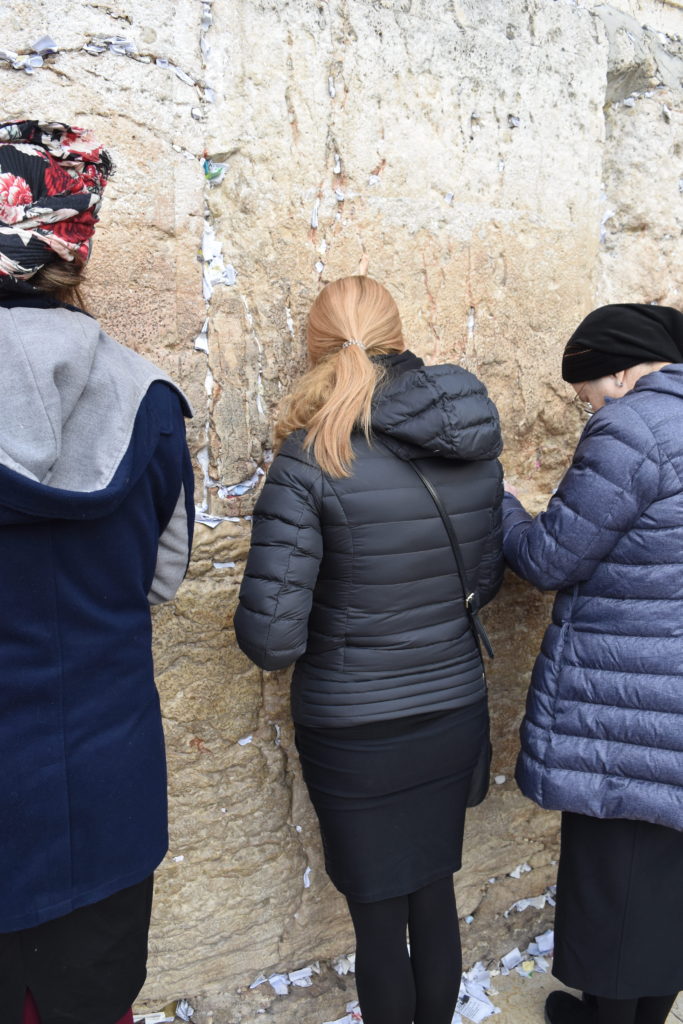