Angels play significant roles in this week’s parashah, though their exact nature remains vague. Yaakov, returning to the Land of Israel after twenty years and anxious about meeting his estranged and dangerous brother Esav, sends מלאכים ahead as a peace overture. In the midrash Bereshit Rabbah (75:3) there’s a dispute as to whether these are human messengers or angels, since the term can be applied to either, but the majority opinion is real angels, as Rashi notes. Later, before his fateful meeting with Esav, Yaakov wrestles with a “person,” but as the event unfolds it becomes clear this is no ordinary human being. Maimonides maintains that the wrestling took place in a prophetic vision, since in his view an angel is a pure form, powerful intelligence without matter. Nachmanides (Gen. 18:1) insists that the wrestling match had a physical dimension, since Yaakov limped away from it. In his view angels are able to enclothe themselves in a subtle etheric matter that some people can perceive with physical senses, so Yaakov could really be punched by an angel.

Whatever angels really are and however they can appear, their essential role in Creation is to do God’s Will perfectly. According to some rabbinic opinions “one angel does not perform two missions, nor do two angels perform one mission (Bereshit Rabbah 50).” In this vein, it is said: “Every day, the Holy One, blessed be He, creates a group of angels. They sing before him and vanish (Bereshit Rabbah 78, Hagigah 14a).” On the other hand, it’s also clear that there are angels that are permanent and can perform numerous and varied missions. According to Maimonides, there are ten classes of angels, some temporary and some permanent, some with one job, some with many. But in all cases, their role is to be unerring agents of God’s Will.

In the past people seem to have been more in touch with angels – not so much today. But the angelic nature to do God’s Will fully still serves as a model for the Torah’s ethical and spiritual ideal. Granted, the rabbinic tradition is fond of a bit of human self-promotion, or at least consolation, pointing out the advantages of human over angelic being.  Some note that we are challenged by our free and fickle will, so when do fulfill God’s Will we are rewarded for it. Others say that whereas angels are fixed at one spiritual level, we are ennobled by our ability to change and progress morally and spiritually (Beit Yaakov, et al). But the ideal remains that our goal is essentially angelic, to attune ourselves to God’s Will.

But the very way we attune ourselves to God’s Will is different. In Pirkei Avot (2:4), Rabban Gamliel, son of Rabbi Yehudah haNasi, gives us an extraordinary epigram:

To make God’s Will like our will is the usual understanding of what it means to learn Torah and observe the mitzvot: we are putting aside our will and desires and committing ourselves to learning and doing what God wants. But that God will make our will like His Will is radical. The implications are spelled out in a thirteenth century meditation text known as Sha’ar haKavanah, attributed to Rabbenu Azriel of Gerona, but the main body of the text is probably from a school of Kabbalah known as the Iyyun Circle:

This passage is an elaboration of Rabban Gamliel’s statement, identifying a process of mutual accommodation between God’s Will and our will. The Hebrew term used is השוואה , which I’ve translated as “equilibration,” borrowing Piaget’s technical term for the way in which children continually adjust their understanding of the world as new experiences shake them out of the limited orienting frameworks they have constructed for themselves. The point is that the attunement of wills is not only on our part. As we accommodate to God’s eternal and infinite Will, God also accommodates to our will, transitory and limited as it is. But there’s a caveat, as the text continues:

But the completion of the lower will is not when it draws close for its own need, but rather when it draws close and enclothes itself in desire and will to reveal the agency of equilibration that is hidden in concealed hiddenness. When one draws close in this way, then the Supernal Will draws close to him, and adds vigor to his power, and desire to his idea, to complete and perfect every matter, even the will of his soul, in which the Supernal Will has no portion. Concerning this it is said “One who is vigilant for good procures favorable will (Prv. 11:27).”

The process of mutual accommodation requires us to transcend our self-centered desires and aim for the highest good, “the better angels of our nature,” to discover that our will really isn’t separate from God’s Will to begin with – we are always, already agents of the divine, but that relationship is usually hidden from us. The aim of the meditation this text is recommending is a way of coming to realize and fully actualize our responsibility to be God’s agents effectively. When we reach this level, the author assures us that HaShem, for His part, will also accommodate to the issues we consider important, and empower us to accomplish them, even issues that would be irrelevant to God the Infinite.

At the end of Casablanca, Humphrey Bogart consoles Ingrid Bergman saying: “Ilsa, I’m no good at being noble, but it doesn’t take much to see that the problems of three little people don’t amount to a hill of beans in this crazy world. Someday you’ll understand that.” Well, it turns out that, as we rise to our higher nature, God does care about our hill of beans, and that we can be angels for each other, helping and supporting each other with care and compassion in this crazy world. 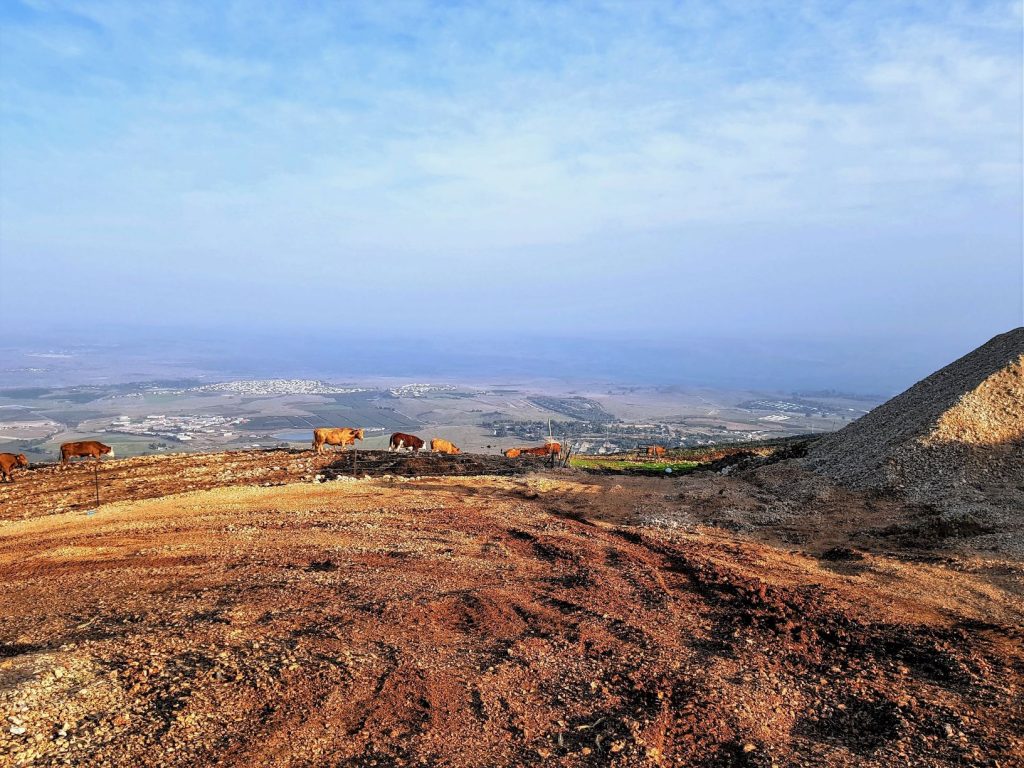