Last week Ryan Bellerose came to Tzfat. He’s a Métis, one of the First Nations from the area of what is now Northern Alberta. Ryan’s a political activist for the First Nations in Canada and for indigenous nations around the world.  And Ryan’s a dedicated and active Zionist, a founding member of Calgary United with Israel.

He’s on a tour of Israel and he spoke here at the Mystic Mountain Pub – a hip venue for music, poetry, talks, shiurim and great home-brewed beer. It’s an intimate place, and a good and appreciative crowd turned out to hear him.

Ryan’s a big guy with a big heart. His struggles to improve the conditions of his people and of indigenous peoples world-wide aroused in him a sense of common cause with Israel and the Jewish people. He recognizes that we are an indigenous nation of the Middle East that had been violently driven from our homeland and persecuted around the world for two thousand years, yet succeeded in returning and rebuilding. In an interview with Lisa Klug (Times of Israel, May 9, 2016) Ryan says of Israel:

You are a great example to my people and to all indigenous people of what indigenous peoples are capable of. You were a damaged, fractured people who had the entire world against you, yet you not only regained your ancestral lands, you rebuilt them and you built a thriving powerful nation without losing touch with your ancestral roots. Tell me that’s not a powerful story and example.

Ryan’s sharp, articulate and often hilarious in the way he sets the record straight on many things in our perverse world, including the war of narratives going on between Israel and the Palestinians with their leftist allies, both the malicious and the clueless:

I feel compelled to fight the idea that Israel is a colonialist state, that the Jews are colonizers from Europe and the entire invalid and false Arab narrative that has been spread since the 1960s. This ridiculous inversion of history has been accepted because nobody really stands up and fights it. And I believe coming from an Indian from Canada, who has lived through actual apartheid (two laws, one state for two peoples), I have a unique perspective. I have lived through colonization, and Israel is not even remotely colonialist.

Bellerose calls on Israelis and Jews around the world to stop apologizing for living in our homeland, tell our story straight and true, be ourselves, and stand tall in our own Land. He lists five parameters that define indigenous identity: land, culture, blood, language and spirit. An indigenous nation is one whose culture coalesced in its native land, bound by blood-ties that include those from outside the family who are fully adopted by the nation, and that maintains and develops its language and its spiritual heritage. We Jews are all that.

Yet we Jews are also afflicted with a peculiar kind of self-doubt. Critical self-awareness and consideration for others are essential components of conscience. But if they are not built upon a mature and realistic sense of self-worth and guided by moral and spiritual vision they can be dangerously pathological.

This week’s parashah presents the classic source for this Jewish syndrome of self-deprecation. Bnei Yisrael have the opportunity to enter the Land of Canaan and take up their divinely mandated destiny to create an ethical society guided by Torah in a notoriously immoral, violent neighborhood (things haven’t changed much). Spies are sent to reconnoiter but bring back a negative report. The people are discouraged and retreat. It’s a failure of nerve, but the reason for the spies’ negative attitude is not entirely clear. Commentators from the Talmudic period to the present probe the motives of the spies and more recent commentators tend to cast them in terms reflecting contemporary issues. But there is a telling detail that conveys something symptomatic of their way of thinking – the very last detail in their report:

Rav Mesharshia takes the spies to task for this qualm:

The spies were liars. Fine, that “in our eyes we were like grasshoppers,” but “and so were we in their eyes,” – how did they know?

Rav Mesharshia’s point is that, while modesty is a virtue, excessive consideration of the viewpoint of others to the point of seeing yourself from their perspective and not standing up for yourself is pathological insecurity. Ryan Bellerose observed that the whole Israeli and worldwide Jewish approach to expressing our right to live in our homeland suffers from this weakness. He noted that the term used by Israeli officials for the public relations approach to justifying our presence in our own Land is “hasbarah – explanation.” That’s a term that’s defeatist from the start. In reactively trying to justify ourselves to others we’re already signaling we are living outside ourselves, seeing ourselves from the perspective of others. Even after all these years in our own Land we’re still in exile mentality. We don’t need to explain or justify. We need to live our truth confidently, maturely integrated within ourselves.

In the Idra Zuta, one of the most esoteric sections of the Zohar, recording Rabbi Shimon bar Yochai’s last teachings to his circle on the last day of his life, he opens his extraordinary discourse with an existential insight:

Rabbi Shimon gives a precise phenomenological description of our existence: we find ourselves held in place, firmly bound in place, embodied consciousness in a specific location. Our identities may be constructs of culture and upbringing and personal history, but the singularity and specificity of our existence is absolute. We are clearly meant to be this way, to be who we are. So be who you are. Like the famous saying of Rebbe Zusya of Anipoli:

We Jews still have trouble with this.

But this does not mean we should act with crude unilateralism and insensitivity.

The thirteenth century kabbalistic monograph entitled “Sha’ar ha-Kavanah – The Gate of Intent,” attributed to Rabbenu Azriel of Gerona, begins with a rule: “Whoever establishes something in his mind with complete permanence, it become for him essential.” The text goes on to demonstrate how to create a firm intention in thought through an effective meditation technique. Words and ideas shape reality, and a guiding vision gathers and organizes reality around itself. But this intentionality is not unilateral. The text continues:

This passage plays off the saying of Rabban Gamliel in Mishnah Avot:

He used to say: make His Will as your will in order that He make your will as His Will. Nullify your will before His Will so that He will nullify the will of others before your will.

The point is that moral and spiritual intent is not merely self-expression and self-will for our own needs. But neither is it merely total self-effacement to some sense of a divine Will apart from us. It’s a process of mutual accommodation between our will and God’s Will. This means to be ourselves in becoming a vehicle for divine Will. To accomplish this we need to critique, clarify and purify our own intentions such that they are worthy to be invested with divine Will. In other words, we need to work on ourselves critically to the point that we ourselves can truthfully be the expression of God’s Will. This is what Rabbi Shimon bar Yochai means in the Idra Zuta when he speaks of being bound in this world in God. This demands impeccably honest self-awareness, a combination of profound humility and mature confidence.

Applied to our collective situation in Israel today, this means that we act to keep building our nation with a deep moral and spiritual vision and firm will that continues to create its reality and make it permanent. Herzl said: “Wenn ihr wollt, ist es kein Märchen – if you will it, it is no fairy tale.” We pursue this vision with a critical awareness by which we keeping checking ourselves, not according to the venal opinions of others but according to the high moral standards of Torah, with the understanding that our connection to our Land is not a right or entitlement but our responsibility to God and to humanity. Emmanuel Levinas, commenting poignantly on the lesson of the crisis of our parashah and its interpretation in the Talmud, says:

Those who are about to conquer a country the way heaven is conquered, those who ascend (make Aliyah)… not only commit themselves to justice but also apply it rigorously to themselves. Already, they are potentially exiled. The date of their exile is fixed before that of their conquest. They do not know that their crisis is the source of their right, for there is no right that cannot be revoked. They assume a responsibility without indulgence and are summoned to pay for their own injustice with their exile. Only those who are always ready to accept the consequences of their actions and to accept exile when they are no longer worthy of a homeland have the right to enter this homeland. You see, this country is extraordinary. It is like heaven. It is a country which vomits up its inhabitants when they are not just. There is no other country like it; the resolution to accept a country under such conditions confers a right to that country (Nine Talmudic Readings, 68-69).

In whatever way we ever come to terms with our Arab neighbors, it can’t be from weakness or self-doubt. Only when we have and express a confident and mature sense of who we are, with clear moral and spiritual vision that comes of an honest critical awareness, will our neighbors learn to accept the truth: that we are a local nation, driven forcibly from our Land, who have returned home to live peacefully and perhaps, someday, even in partnership among them. But ultimately our mission is not only about reconciliation with our neighbors. It’s a about being a model of an honest, compassionate and just society for all humanity. 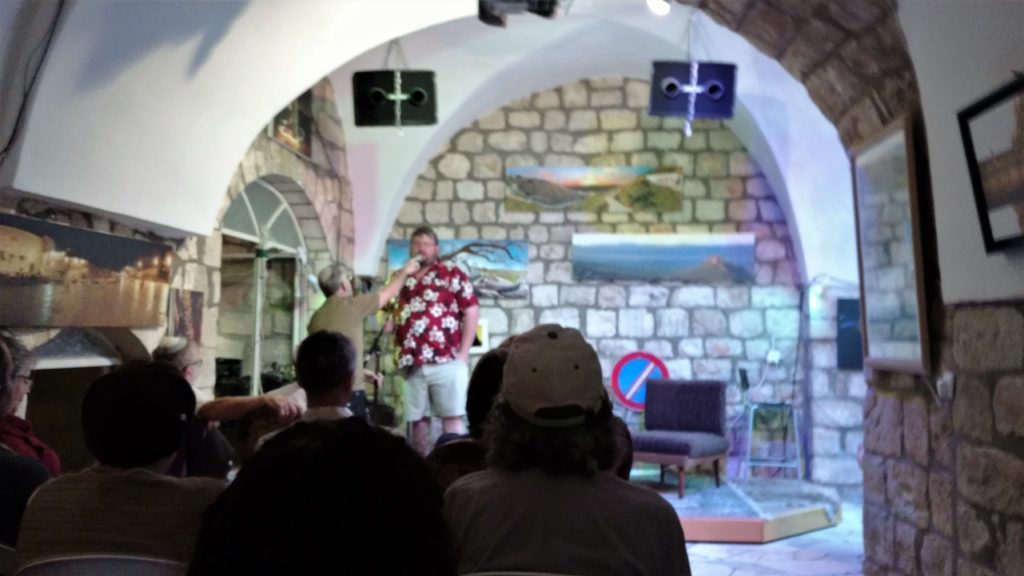 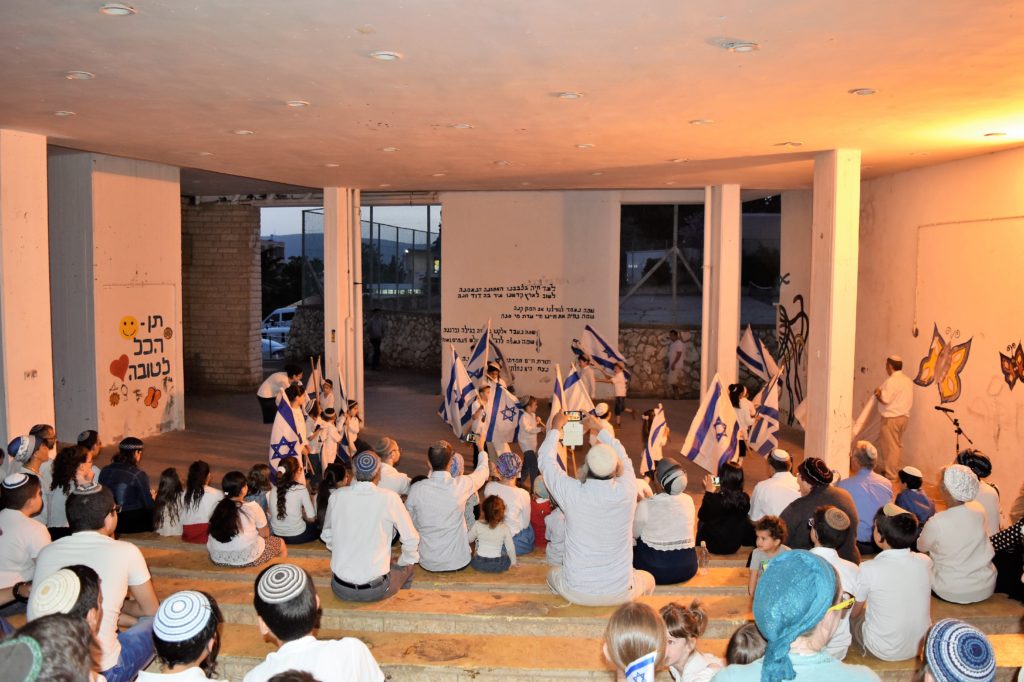 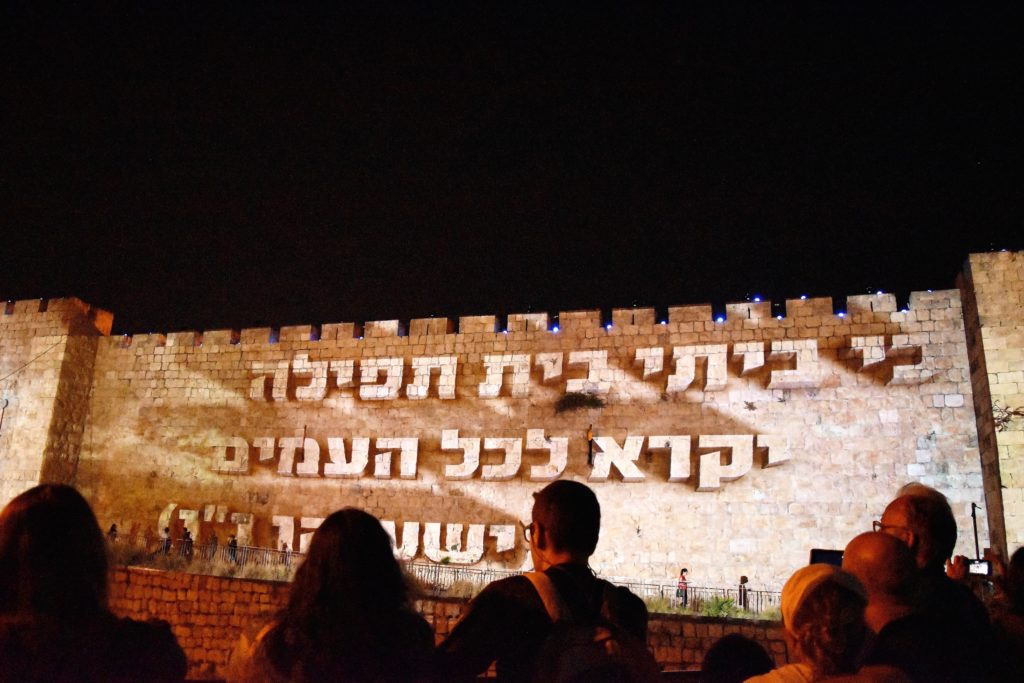