This week our Tal Orot meditation group from Zikhron Yaakov came to Tzfat for a two-day workshop. It was wonderful to get some of the Zikhron team together for a spiritual adventure. We devoted the first day to exploring the depth and breadth of השקטה – Silencing, the method recommended by Rabbi Kalonymus Kalmish Shapira of Piaseczno as found in his sefer Derekh ha-Melekh (pp. 406-7). The second day was devoted to הסתכלות , the meditative gazing technique with a long history in Jewish tradition, discussed briefly in the Talmud, at length in the Zohar and much favored by Rabbi Yitzhak Luria and his circle for the development of consciousness and for therapeutic purposes. Then we took our quieted, expanded minds from the meditation room at Livnot U’Lehibanot overlooking the Meron mountain range out to the forest below the town for a meditative walk. The goal of Tal Orot is to restore and continue to develop our wise, rigorous native Jewish meditation tradition and to help every one of us access our own resources to become true Anshei Ruah – People of Spirit.

[For information about upcoming workshops this summer in Jerusalem and Efrat, please go to our Classes and Events page here.]

The Tana’kh is the record of our journey towards this ethical and spiritual maturity, and this week’s parashah presents a key step in the process. Its central theme is departure and distance. In Beha’alotkha, Israel first departs from Mount Sinai, the place of revelation of Torah, where they had encamped for almost a year. Levites are separated from the people and sanctified. Accommodation is made for those at a distance and not able to celebrate Pesach at the Mishkan in its proper time. The procedures for traveling from place to place as a nation are set out. Yitro departs. When Miriam and Aharon speak ill of Moshe, Miriam is banished outside the camp for seven days.

There is also an unusual example of distancing through staying in place that sheds light on what is learned from distance in general.

When Moshe Rabbenu asks for help in leading the nation, HaShem advises him to appoint seventy elders and have them leave the camp of the Israelites to come stand close to him, surrounding the Tent of Meeting.

And HaShem descended in a cloud and spoke with him and emanated from the spirit that was upon him and gave it to the seventy elders and it came to pass that when it rested upon them they prophesied but did not continue.

HaShem grants the elders a brief taste of the experience of prophecy, so they understand the level on which Moshe is operating and can assist and support him effectively. But two of the elders, Eldad and Medad, remained in the Israelite camp, at a distance from Moshe and the other elders. They, too, received inspiration “and they prophesied in the camp.” But the verse does not say that they stopped. In the Gemara Sanhedrin, Rabbi Shimon bar Yochai expounds:

They remained in the camp. When the Holy One, blessed be He, said to Moshe “gather to Me seventy men,” Eldad and Medad said “we are not worthy of such greatness.” The Holy One, blessed be He, said “since you have diminished yourselves, behold, I will add greatness to your greatness.” What greatness did He add to them? The other prophets prophesied and ceased, but they prophesied and did not cease.

Rabbi Shimon explains that Eldad and Medad retained their prophetic consciousness permanently, as a reward for their humility. But the integral connection between humility and abiding prophecy is not immediately clear. Rabbi Shmuel Edels pushes a little further and notes that the prophecy of Eldad and Medad had another quality that set it above that of the other elders:

The prophecy of [the other elders] was only through an emanation from the spirit of Moshe, therefore they only prophesied for a moment. But by Eldad and Medad it is written ‘and the spirit rested upon them’ – from Him, be He blessed, since it does not say that his [Moshe’s] spirit rested upon them. This is how they merited to prophesy continually like Moshe, whose prophecy is from Him, Blessed be He.

Rabbi Shmuel Edels is explaining that Eldad’s and Medad’s prophetic consciousness was permanent because they themselves earned direct inspiration from HaShem, not just contact inspiration from Moshe. This may be connected to a significant detail in the text: that they remained in the camp, at a distance from Moshe and the other elders. What role does distance play here?

When the great prophet Eliyahu was about to depart from this world, he asks his great student apprentice Elisha if there is anything he can do for him:

9 And it was when they passed over [the Jordan], Eliyahu said to Elisha “ask what I can do for you before I am taken from you,” and Elisha said “let there be two portions of your spirit upon me.”

10 And he said “you have asked a hard thing. If you see me taken from you it shall be so for you, and if not it will not be.”

11 And they were walking and talking and behold a chariot of fire and horses of fire separated between them and Eliyahu ascended in a storm to Heaven.

12 And Elisha saw and he cried out “My father, my father! The chariots of Israel and his horsemen!” and he saw him no longer, and he took hold of his garments and ripped them in two pieces.

As long as a teacher and student are together, the devoted student sets himself aside to absorb as much as he can from his teacher – especially when the teacher is as powerful and inspired as Eliyahu or Moshe Rabbenu. When the teacher leaves, if the student appreciates the departure fully, the teacher is able to teach his ultimate lesson: that the student no longer needs to rely on him. The student now can recognize the resources they have and have developed within themselves and be skillfully self-reliant. The student gets himself back to himself. In the case of a prophet, Elisha can realize that he himself can have a direct relationship with HaShem and receive prophetic inspiration right from HaShem, just as his teacher did. This is the double portion of spirit: one from the teacher, one from the student himself.

This is why Eldad and Medad, students of Moshe but humbly remaining in the camp, at a distance from the Tent of Meeting, not overpowered by the presence of Moshe their teacher, received a level of prophecy higher than the other elders, a level of prophecy that did not cease, similar to Moshe Rabbenu himself. They received HaShem’s spirit themselves, directly. This is the meaning of Moshe’s movingly generous response to Joshua’s complaint that Eldad and Medad are prophesying on their own in the camp:

And Moshe said to him “are you jealous on my behalf? Would that the whole nation of HaShem were prophets, that HaShem would place His spirit upon them.”

Moshe calls for developing a nation of spiritually mature men and women, a call echoed by the prophet Yirmiyahu:

A person will no longer teach his neighbor or his brother saying ‘know HaShem,’ for all of them will know Me, from the least to the greatest, says HaShem.

In Judaism, when the student is ready, the teacher disappears.

Distance from our sources and systems of support moves us to discover our deeper resources, the deeper sources of strength and wisdom that are in each one of us. This was the learning that Bnei Yisrael did through their wanderings in the wilderness on the way towards the Land of Israel. This is the learning we have been doing through our two thousand years of wandering the length and breadth of this planet. With these lessons we have returned to our homeland, to continue to build a nation that can be a light of nations, a nation of Anshei Ruah, men and women of mature spirit upon whom HaShem’s own Spirit can rest. 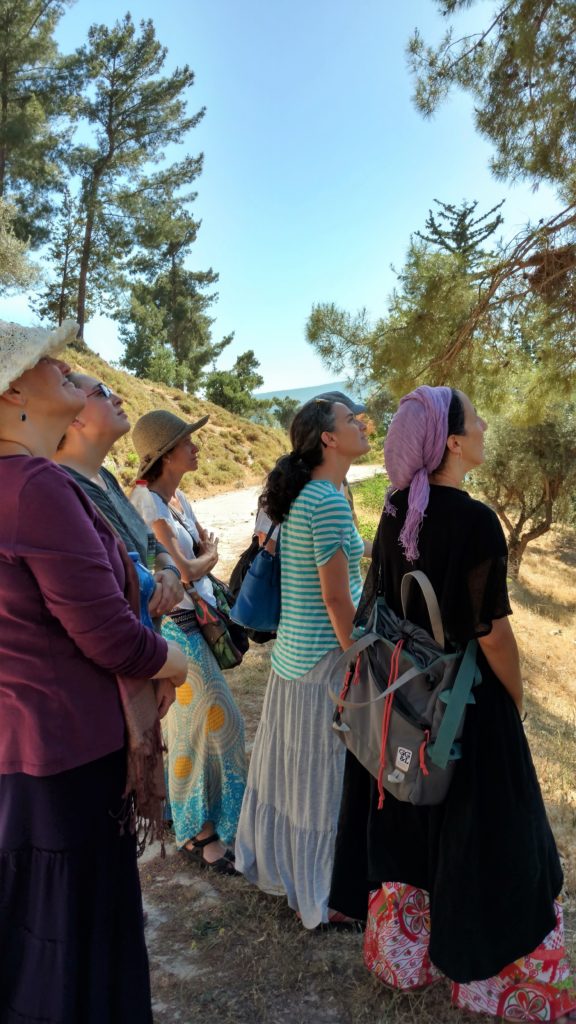 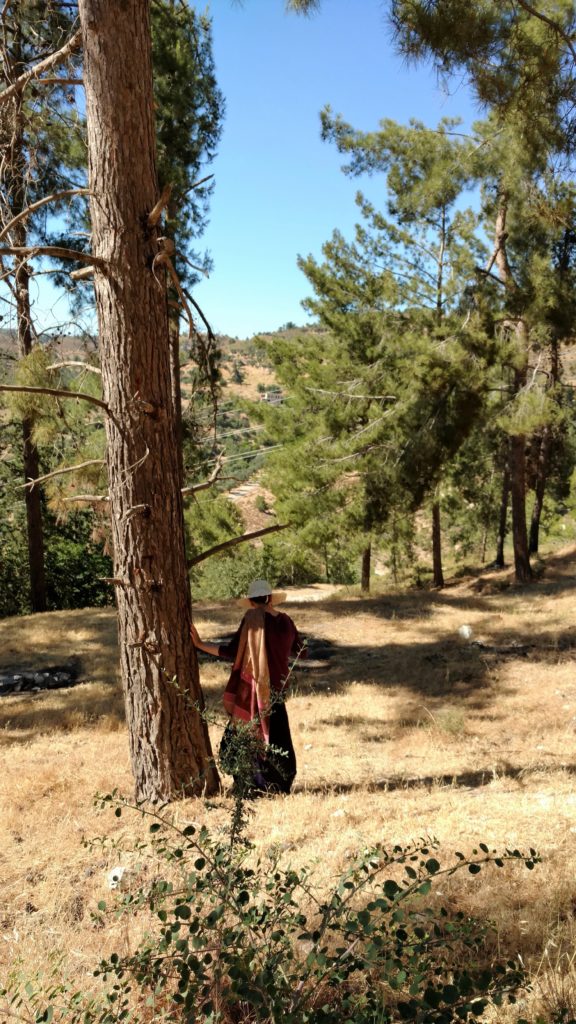 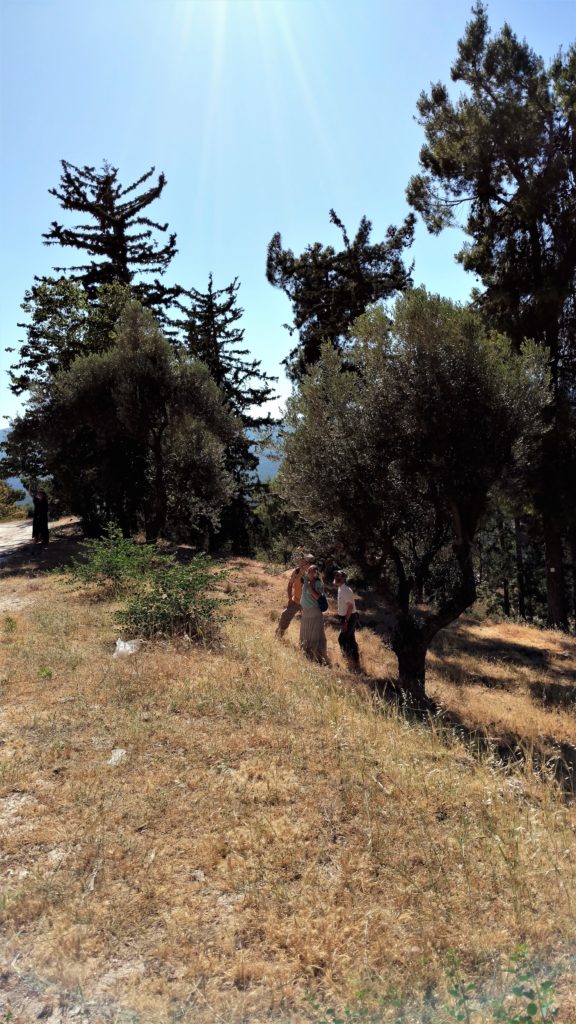