I took a quick trip to the States last week to officiate at a wedding and to take the opportunity spend good time with family. Things went pretty smoothly and happily until the flights back to Israel. A line of fierce thunderstorms in Newark delayed the first leg of the trip. There was a group of Israelis on the flight and we all had the same tight connection at Heathrow. We raced together through the terminal and were doing pretty well until we hit an officious security agent who refused to let us through, claiming the doors to our flight are probably already closed. We tried to convince her we had a chance, but with a smug smile she refused. As it turned out, they had delayed the flight slightly and we probably could have made it. Instead we had a nine hour layover ahead in Heathrow. It was 3 a.m. Jersey time, and we were a cranky bunch. But after some initial irritation we made the best of it. We discovered there were kosher sandwiches at one of the shops. We spent some time at World of Whiskies. We learned and schmoozed and snoozed.

I took some comfort from a Sifrei on this week’s parashah:

Aharon had great joy on the day a covenant was established for him regarding the priestly gifts. Rabbi Yishmael says “there is a parable regarding a lay person who says ‘it was for my benefit that my cow’s leg broke.’ So, too, it was for the benefit of Aharon that Korach challenged him on the priesthood.”

The Midrash claims that the covenant detailed in Parashat Korach, that explicitly reconfirms the gifts of community support Kohanim earn by their community service, was an occasion of great joy for Aharon. Rabbi Yishmael notes, though, that the antecedent to establishing this covenant was the dangerous revolt of Korach, which challenged the leadership of Moshe and Aharon and the responsibilities and prerogatives of the Kohanim. Rabbi Yishmael, who lived in the area of Mount Meron across the valley from Tzfat, compares this to a farmer who realized that the breaking of his cow’s leg, which seemed a serious setback at the time, turned out to be for his benefit.

The reference is to an incident that appears in the Talmud Yerushalmi Horiot 3:4, Midrash Vayikra Rabbah 5:4 and other places regarding Abba Yudan, a generous supporter of the rabbis, who suffered a financial reversal and lost his fortune. When visited by Rabbi Eliezer, Rabbi Yehoshua and Rabbi Akiva, he was distressed that he had nothing to give them. His righteous wife suggested that he sell half of the small field he had left and give the proceeds to the Rabbis, which he did, and they blessed him for it. While plowing the remaining half of his field, his cow fell into a hole and broke its leg. It seemed as if things were getting worse and worse. But when he went down into the hole to try to get his cow out, he found a treasure. He remarked “it was for my benefit that my cow’s leg broke.” This becomes a favorite rabbinic lesson: that sometimes setbacks turn out for the best (and not just that donations to the rabbis brings good fortune). So, too, Korach’s revolt seemed disastrous at the time, but Korach’s defeat became the occasion for confirming and ensuring the responsibilities and prerogatives of the Kohanim.

It’s a consoling lesson, but is it so, and why should it be so?

One of the most profound themes in the Torah of Rabbi Yitzchak Luria, z”l, is the process of collapse and repair that he identifies at the heart of the unfolding of divine revelation and creation. The theme itself traces back to a daring statement of Rabbi Abahu, brought in Midrash Bereshit Rabbah, that the Torah alludes to a series of worlds before this one:

Rabbi Abahu said this teaches that [God] created worlds and destroyed them until He created this one, saying: this pleases Me, those did not please Me.

The Zohar applies this idea of primordial worlds created and destroyed to an allegorical reading of the passage in Parashat Va-yishlach that speaks of the “kings that reigned in the land of Edom before there was a king who reigned for the Children of Israel (Gen. 36: 31-39).” This succession of kings who rise and fall is read as referring not just to primordial worlds but to even more primordial divine principles that are unstable due to an excess of rigid judgment. Only when the comprehensive principle of mankind is revealed, combining male and female, judgment and love, is the process of revelation and creation stabilized (Zohar 3:135a, 142a, 296a.)

Rabbi Yitzchak Luria z”l analyzes the forms of original inherent weakness within these unfolding divine principles that led to their collapse, and the forms of Tikkun, of repair from below and from above that result in a more robust process of revelation and creation (Otzrot Hayyim, 14-32)

Rabbi Avraham Yitzhak Kook, z”l, applies this operative principle to the crisis in faith he perceives in his own time, the early twentieth century. The atheism of the secular Zionists whose courage and sustained efforts were so essential in building the Jewish communities of Israel during the Aliyah movements of the late nineteenth and early twentieth centuries was fiercely criticized by the Orthodox religious leaders of the time. But Rabbi Kook saw in this atheism a healthy spirit of honesty that critiqued and rejected the rigid, narrow and naive conceptions of divinity promoted by an Orthodox establishment that he felt had lost touch with the infinite reality of God. Rabbi Kook insists that thought about God needs to constantly critique itself and purify itself of corporealism, anthropomorphism, fantasy and mental idolatry. He welcomed the critique of the secular Zionists as a creative opportunity that helped identify the weaknesses in contemporary Jewish faith and challenged the traditional religious community to work on deepening and expanding and purifying its sense of God (Orot, 124-29).

Personal and collective problems and crises uncover underlying structural weaknesses and brittle rigidities in our systems of support and meaning. These can be social, political and economic support systems, or they can be personal patterns of thought and emotion and interpretation of our experience in the world. If there is a weakness in a system its collapse is inevitable: the subtle but relentless pressure built into the primordial nature of reality probes every weakness. A collapse of a social structure or a thought structure we have been relying on is painful, but it is also an opportunity to become more critically aware of our true sources of support and ways to truthfully strengthen our foundations from below and from above.

I can’t complain about a long layover in Heathrow on the way to Israel. Our ancestors risked their lives and faced enormous challenges to return to our homeland and to remain here. My biggest hardship was a lousy espresso. Our ancestors’ pioneering self-sacrifice overcame challenge after challenge and paved the way for us today. And for us, too, setbacks and challenges contain hidden treasures, revealing weaknesses in our own character and showing us what we need to work on in ourselves and our world. 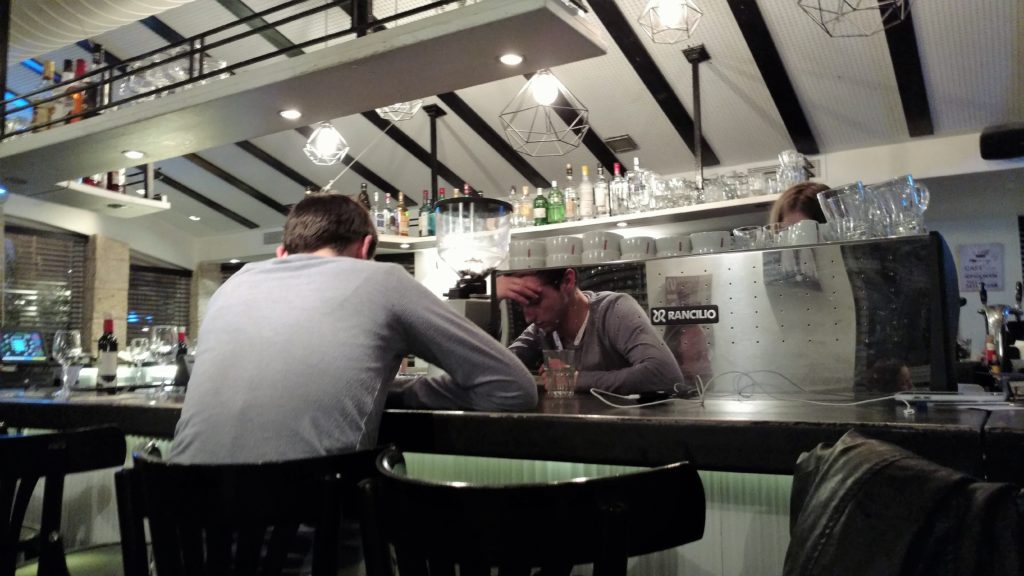 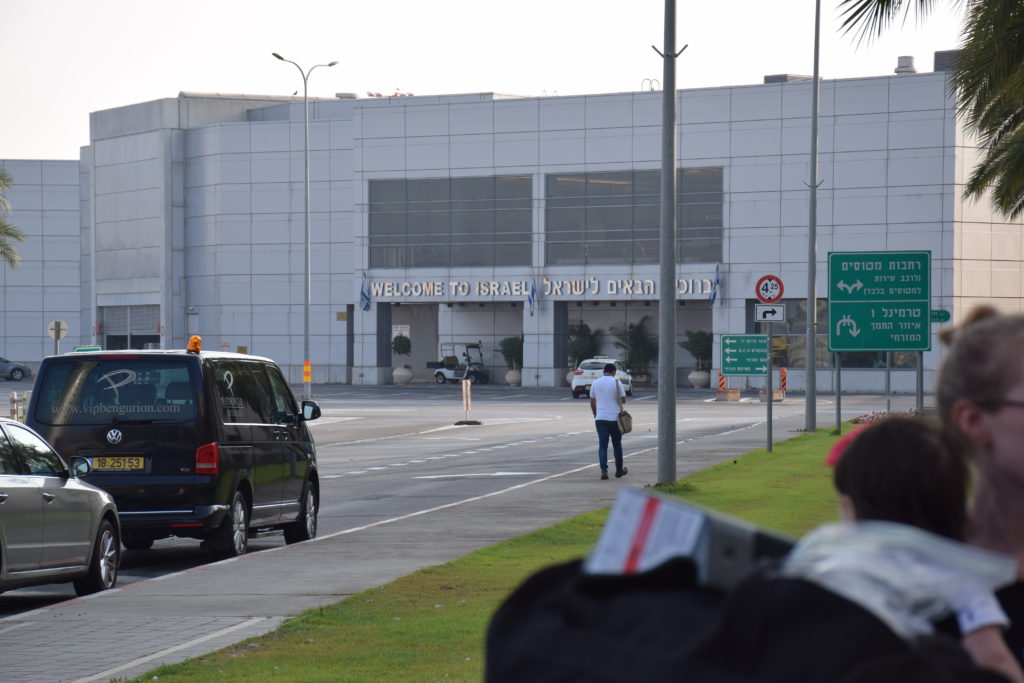 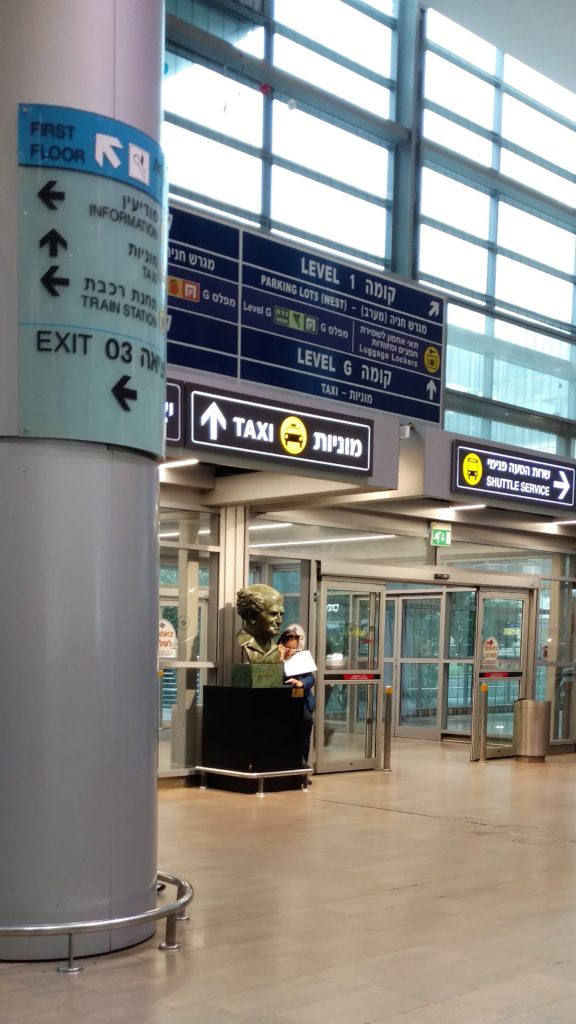 One thought on “Thanks for the Coffee”