[Please check out four opportunities to connect to an Ellul workshop in Israel, in Pardes Hanna (in Hebrew), Efrat, Jerusalem, and Zikhron Yaakov. You can see more about them here.]

Our home borders on a mountain pasture used frequently by a small herd of cattle and two horses. The other day I noticed that one of the horses had gotten its leg tangled in some barbed wire fencing. The owner was not around – he usually lets his animals out in the morning and brings them back to the barn in the late afternoon. The horse was clearly in pain and skittish when I approached. I called the police, but the dispatcher was more amused than helpful. Two craftsmen were working next door, so I went over and asked if they could take a few minutes to try and free the horse. The older man grew up on a moshav with cows and horses and thankfully knew just what to do. He told us to stay back a bit, that too many people at once would alarm the horse. He cut a handful of hay from a nearby cluster and approached the horse slowly. He offered the horse the hay, which it ate, then, stroking its neck and talking softly to it, he motioned to his co-worker to come closer and untangle the barbed wire from the horse’s leg. After a few minutes the horse was free. I may be projecting, but it did seem appreciative, and was certainly happy to get back to grazing. The workmen went back to work, commenting with satisfaction that it’s a mitzvah to help animals in distress.

In fact, the mitzvah is from this week’s parashah – which features several mitzvot relating to the care of animals:

You shall not see your brother’s donkey or ox fall down on the road and hide yourself from them; you shall surely lift them up with him (Dt. 22:4).

But there’s another mitzvah relating to animals whose purpose is more complex:

Some years ago, when I was Rabbi of the Young Israel of Sharon, someone called to ask me a halakhic question. They were back visiting their parents’ home and noticed that there was a robin’s nest in a tree in the front yard with chicks and an attentive mother bird. They had heard from their Rosh Yeshiva that in such a case, even if you have no desire to take the chicks or eggs and even if they are not edible or kosher, you should go and shoo away the mother, lift up the nest a handsbreadth and put it back down, and in this way you formally fulfill the mitzvah.

It’s an interesting question, addressed in a lengthy responsum by Rabbi Yair Hayyim Bacharach (Havot Yair 67). I have to admit that, with all due respect to one of the greatest jurists, I’ve never been quite comfortable with his conclusion, so I decided I wasn’t going to give the questioner a simple answer, but walk them through the problem a bit and test their motives.

I challenged the person – do you intend to take the chicks? Certainly not, they said. So why harass the poor birds? According to Maimonides, the purpose of this mitzvah is to avoid causing emotional pain to the mother bird, so she is shooed away so she doesn’t see us taking her offspring – since animals feel love and anxiety for their children just as humans do. He adds that since it’s a bit of trouble to shoo away the mother bird, in most cases people will just leave everyone alone, which is an even better outcome for the birds and the Torah’s ultimate purpose here (Guide of the Perplexed 3:48).

For Nachmanides, the purpose of this mitzvah is not primarily to protect the birds but to inculcate in us the moral quality of compassion and avoidance of cruelty (Commentary on the Torah, loc. cit.). The Torah concedes human needs and allows us to take eggs for food or chicks to raise, just as it allows us to slaughter animals for food, but in all cases it requires us to treat the animals as compassionately as possible. Rabbenu Nissim in his hiddushim on Hullin 140a states explicitly that if you have no intention of using the chicks or the eggs, there is no mitzvah to shoo the mother bird, just leave everyone alone.

I added that biologists report that when a nest is disturbed, even one with eggs or chicks, the mother bird may sometimes abandon it entirely. Apparently it’s not an issue of human scent, but just physical disturbance — such as lifting it up and putting it down. This along with the anxiety it causes the birds.

So in our case, I explained to the person that since they did not intend to really take the chicks for a positive use, but just to lift up the nest the minimum distance to effect a halakhic acquisition and put it back down, to “take” them in a superficially formal sense, to disturb the birds in this way for no meaningful purpose would be cruel and unjustifiable. Such an approach to mitzvot, mere surface performance of a useless (and in this case harmful) action as a ritual to amass illusory “points,” is morally and spiritually empty, or worse.

But I acknowledged that there’s another opinion here, in the Zohar Hadash on Megillat Ruth.  The Zohar says:

One who says that the Holy One, blessed be He, is merciful on this [mother bird] says nothing. A person who is merciful will just leave the mother and her children and go on his way. But when the mother is banished from her nest, what does she say? “Woe that I have destroyed my house, and burned my temple, and exiled my children among the nations.” On account of this the Holy One, blessed be He, has mercy – for mercy is not found except this way.

The Zohar here interprets the mitzvah of sending away the mother bird as sympathetic theurgy. The mother bird in relation to her chicks is understood allegorically as parallel to the Shekhinah, the divine Presence in relation to Her children Israel. When the mother bird is shooed away, her pained response is styled by the Zohar as an elegy of regret, quoting the statement in the Gemara Berakhot 3a expressing God’s regret for the destruction of the Temple and exile of the Jewish people. When the mother bird expresses this regret on behalf of her chicks, it prompts God to do the same on behalf of His children Israel. The goal of this mitzvah, says the Zohar, cannot be to inculcate compassion. The most compassionate approach would be to leave the nest alone altogether. There are many items of food that we abstain from fully just because we are commanded to abstain. That the Torah lays out an approach to take the chicks or eggs by shooing the mother bird away means that this is not just a concession to human weakness but a virtuous thing to do. With this approach the Zohar is also alluding to a statement in the Gemara Berakhot 33b, that a prayer leader who embellishes the fixed liturgy poetically saying “Your mercy extends to the bird’s nest” should be silenced, because “he renders God’s commandments as mercy, but they are strictly decrees.”

This passage in the Zohar convinces R. Yair Hayyim Bacharach to decide that one should actively shoo away the mother bird even if you don’t want chicks or eggs:

It is proven that if [the nest] happens to be there, one is obligated to deal with it, and this is reasonable according to the rationale written in the Zohar, that it is so that the bird, mother of the chicks, be distressed and fly from place to place to seek her children, and by virtue of this God’s mercy will be aroused, blessed be He, on His children in exile.

Rabbi Barukh Epstein in his Torah commentary Torah Temimah argues vehemently against Rabbi Bacharach’s reasoning here. To harass the mother bird in the name of symbolic theurgy when you don’t want the chicks or eggs loses sight of the real meaning of the mitzvah and turns it from a principled act of compassion to an act of cruelty. We can’t understand God’s calculus, but how could our act of cruelty to a bird prompt God’s compassion towards us? Even though the Zohar rejects compassion as the essential rationale, it may not mean you should proactively seek to do this mitzvah whether you want to or not, but only that if it comes your way, and for the right reasons, it’s virtuous to do it, and not just giving in to human weakness.

We could add the cautionary story in the Gemara Baba Mezia 85 regarding the great Rabbi Yehudah haNasi. For not having compassion for a calf that ran to seek his protection to escape slaughter and responding instead with a halakhically correct but cold-hearted “this is what you were created for,” he was punished with painful illness. The illness only departed when he saved a nest of baby weasels from destruction. The Torah asks for real compassion for real creatures.

I laid all this out before the person who asked me the question, who was visiting their parents’ home, returning to the nest so to speak. I thought the answer was pretty obvious. But a few days later I found out that they went ahead and shooed the bird and picked up the nest. There is a dangerous tendency to reduce Torah to performative ritual and word-play, dangerous because such externalism can lead to an oblivious insensitivity to others, to other beings, and a disconnect from the real world. True Torah is divine ethical and spiritual wisdom that opens our hearts to others, large and small, in the real world, in a real way.

It’s no small thing to cultivate compassion for all creatures – a horse, a bird, another human being. This world, struggling with horrific catastrophes, natural and man-made, needs all the real compassion we can give. Hurricane Harvey that hit Houston has caused terrible suffering on a shocking scale. The rays of hope in this are the accounts of how so many people have rallied to help each other, risking their lives and sometimes giving their lives in the process. The response of Jewish communities and of Israel has been strong and effective as well. This is real compassion.This is humanity at our best, and the real and meaningful goal of Torah life. 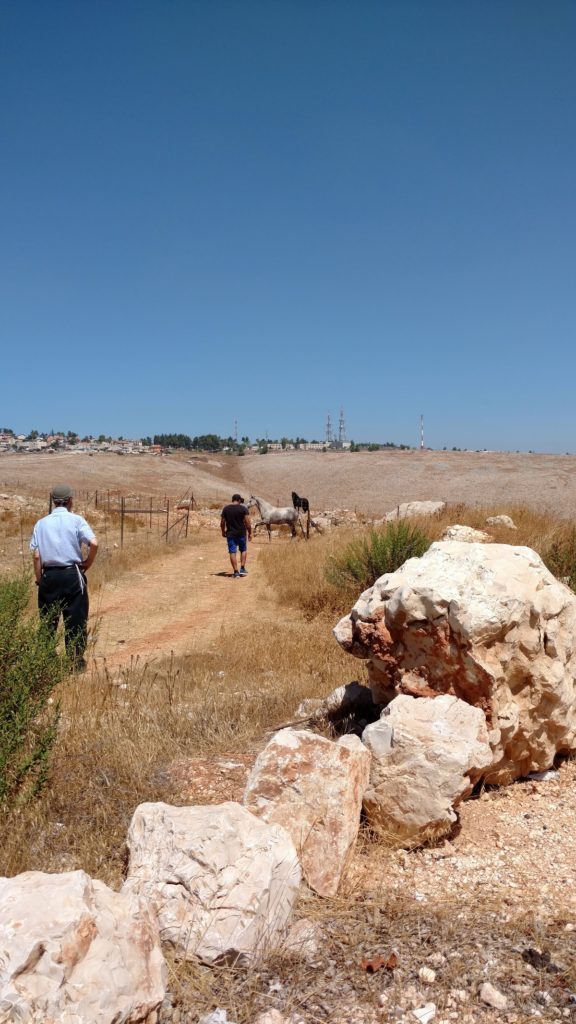 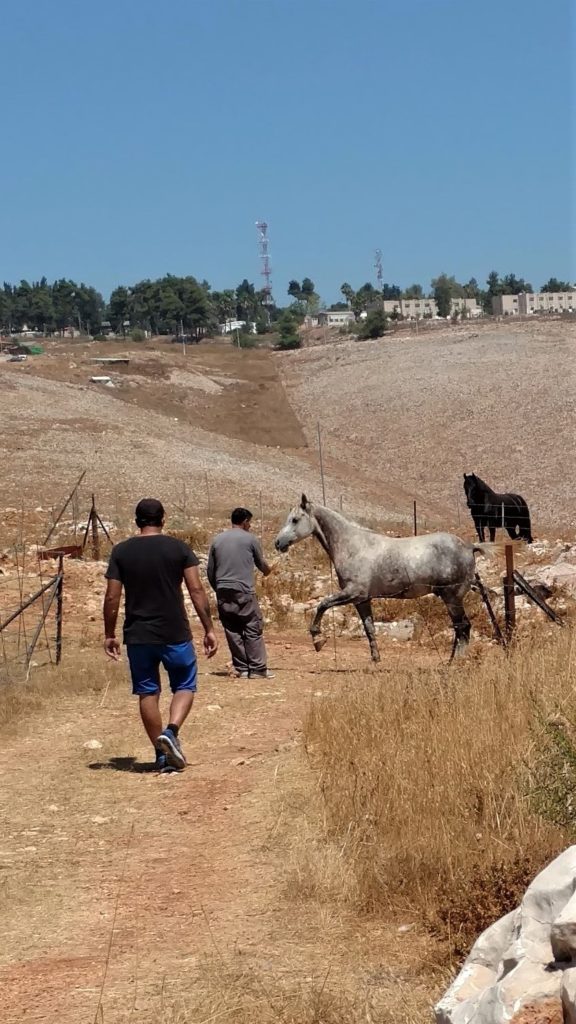 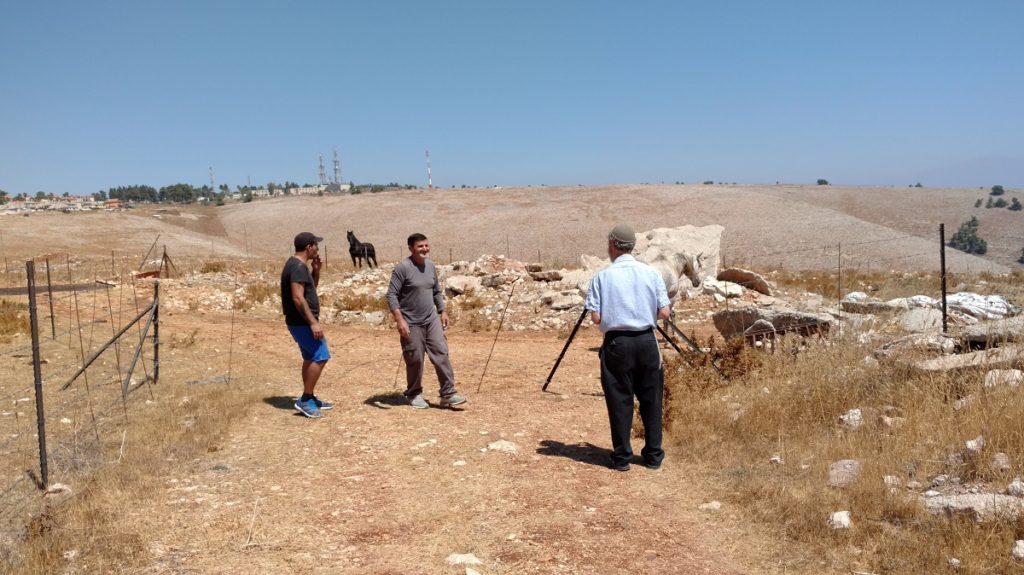 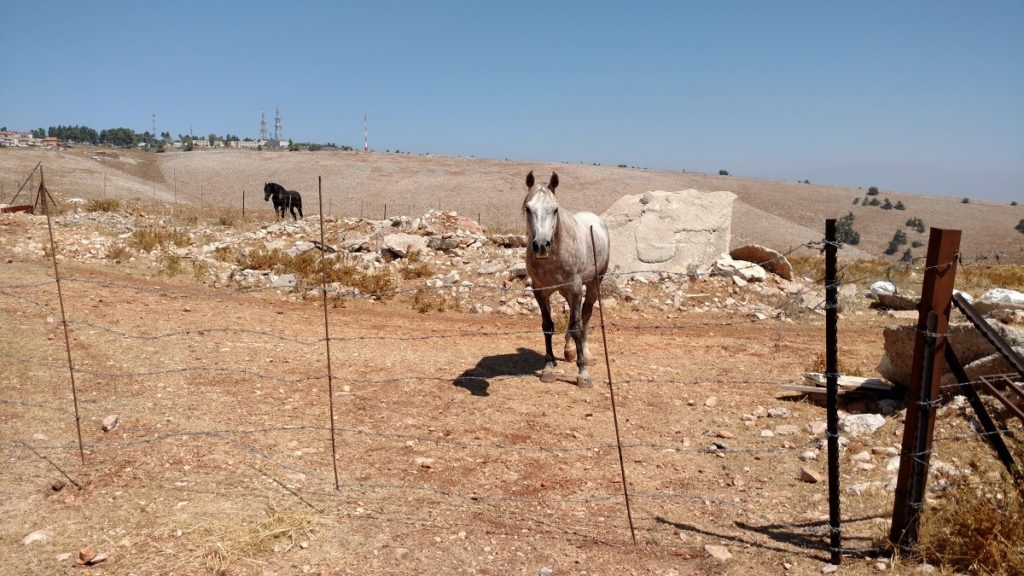