This week the thirtieth annual Klezmer Festival came to Tzfat. For three evenings, first-rate bands gathered from around the world, playing hour-long sets until midnight and beyond, on five open-air stages placed around town. The term “klezmer” is interpreted loosely to include Israel pop, Middle Eastern, jazz, World, and even real Yiddish Eastern European music. All performances are free and the town is packed with visitors from all over Israel. Along with the official performances there are street-corner pop-up acts, clarinets and trumpets and accordions, so music echoes all over town. Vendors of all kinds line the streets and alleyways. There’s also a strong security presence all over town. It’s a family-friendly scene, and we joined the crowds with our daughter and son-in-law and grandchildren who were visiting from Efrat.

We were sitting in the cool of the evening with a large audience at one of the stages, enjoying Gilad Ephrat and his trio – double bass, cello and viola, a deep, rich-sounding ensemble joined by a mandolin virtuoso for contrast – who were making thrilling, genre-busting music combining jazz, contemporary classical, rhythmic Middle Eastern and Israeli folk. The crowd was appreciative and the energy was high. Suddenly, in the middle of the set, one of the security guards made his way towards the stage and Gilad stopped the music to ask if everything was okay. The guard spoke with him and Gilad announced that there was an un-attended purple backpack on the nearby steps which were also serving for some seating. “Does that backpack belong to anyone?” No one responded. Security moved people away from the backpack and cleared a perimeter around it. Another announcement – “does anyone own that backpack?” No response. Gilad shrugged, smiled, said “it’s Israel, we’re used to this,” and the band continued playing. After a while, a guy who was clearly an explosives expert carefully examined the backpack, determined it was harmless, removed it, and people returned to sit on the steps, without missing a beat.

Yes, it’s Israel, where we live with a combination of vigilance and deep trust in the face of cruel enemies. The dynamic tension between these two attitudes is reflected in this week’s parashah that includes the mitzvot of warfare. On the threshold of battle, the officers of the army give a pep-talk to the Israelite soldiers, admonishing them “Hear, Israel, today you are drawing near to war on your enemies; don’t soften your hearts, don’t fear, don’t be anxious and don’t be frightened before them (Dt. 20:3).” Maimonides reads these admonitions as a prohibitive mitzvah – we are warned not to fear. Rabbi Avraham ben David of Posquieres, in his critique on Maimonides’ count of the Mitzvot, objects to the notion that the Torah would prohibit fear and suggests instead that these are not a commandment but a set of promises (Negative Mitzvot 58). The Toldot Yaakov Yosef on the parashah explains according to Rabbi Avraham ben David that while the Torah can command positive emotions such as love, in the sense of encouraging us to exert ourselves to attain them, how could it prohibit a negative emotion? Fear sneaks into the heart of its own accord, beyond a person’s control. So this is just a promise: that if we trust in HaShem we will not fear.

But Maimonides holds that the Torah is not asking of us something beyond our control. It asks us to exert some mental discipline, and he explains how to do it in Laws of Kings 7:15:

Once a person enters the engagement of battle he should rely on the Hope and Savior of Israel in times of trouble, and know that for the unity of God he wages war. He should take his soul in hand and not fear and not be frightened and not think of his wife or children but rather wipe memory of everyone from his heart and turn away from everything and towards war. Whoever begins to think and worry during battle and frightens himself transgresses a negative commandment… And not only that, but the blood of all Israel hangs on his neck, and if he is not victorious and does not wage war with all his heart and all his soul, he is like someone who spills everyone’s blood.

In Israel today as well, surrounded by enemies attempting to terrorize us and threatening genocide, to live without fear is a daily conscious choice. This trust is not based on denial or belief. Belief means to pretend to know something when you don’t really know it – just fantasy. No, this trust is a realistic spiritual discipline. We choose not to fear, and transmute fear into sensible vigilance. Trust means staying steady in the face of all challenges because we know that HaShem guides us all, as the Targum Onkelos on this week’s parashah translates:

This discipline is also expressed in Psalm 27 that we say twice every day throughout the month of Elul and on to the end of Sukkot:

Of David: HaShem is my light and my salvation, who should I fear? HaShem is the power of my life, of whom should I be afraid?… If a camp encamps against me, my heart will not fear, if war rises against me, in this I trust… I will offer in His tent the sound of the shofar (and clarinet and trumpet and accordion and string band), I will sing and make music to HaShem… Hope in HaShem, strengthen and encourage your heart and hope in HaShem.

So even sitting with family and friends and fellow citizens enjoying great music in the mystic mountain town of Tzfat becomes a bit of an existential choice and part of the everyday expression of spiritual courage that is normal life in Israel. 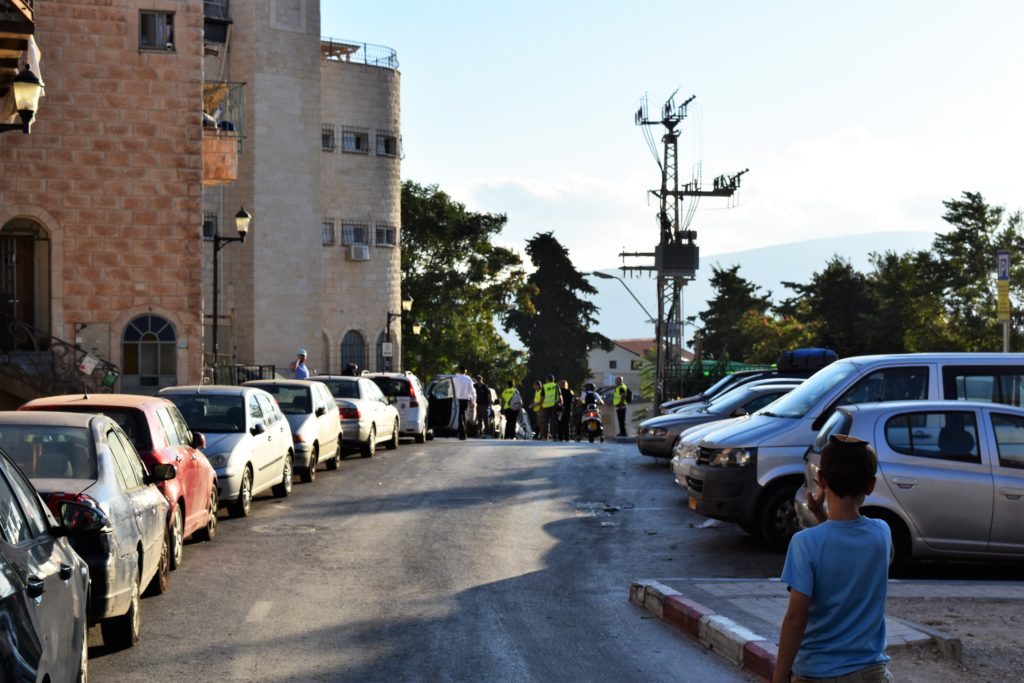 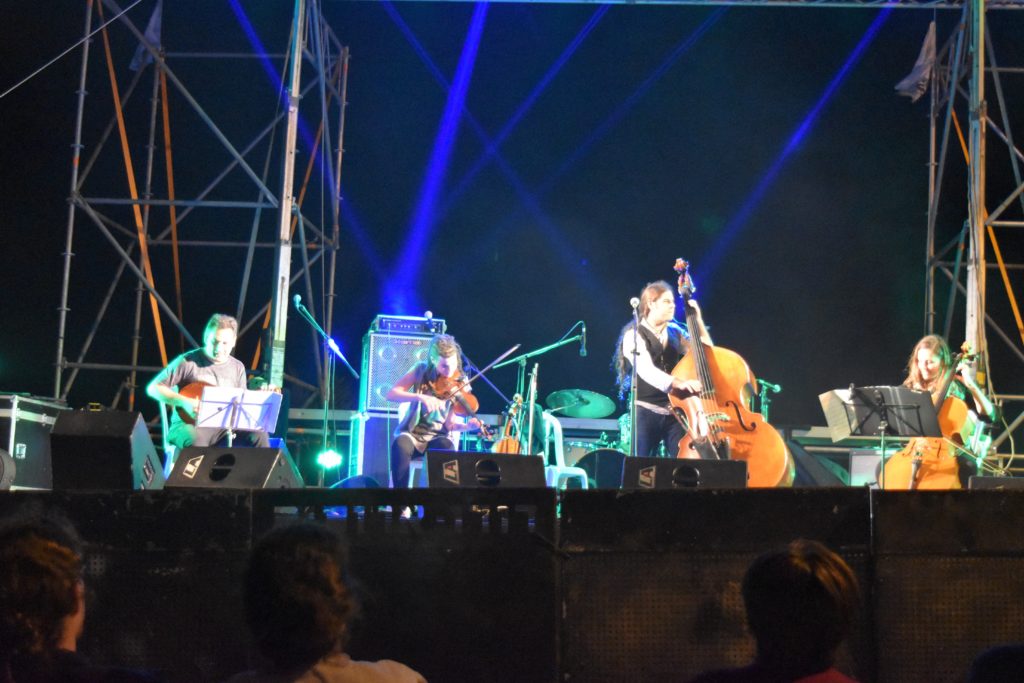 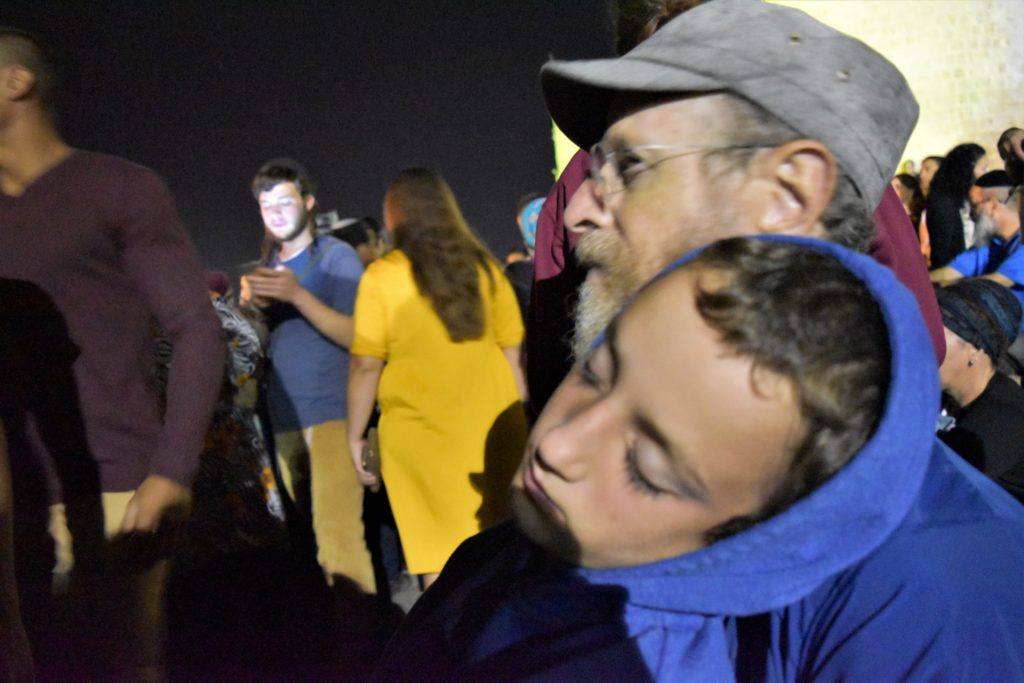