Continuing with our roof repair saga, we looked to get several bids. Our roof is flat, typical of many Israeli homes, and not simple to get to – it requires a long ladder from a precarious spot. I have to admit I was reluctant to climb up, even though I’m comfortable with ladders and heights from years of working on the Eruv in Sharon. So I let one roofer go up by himself, and he came down and described the condition of the roof as dire, full of cracks and needing to be totally stripped and redone, and the estimate he gave was steep. The next guy also went up by himself, and also described the condition as poor, and said he’d get back with an estimate. The third roofer, the one referenced in last week’s post, stated that he only took care of tiled roofs, but he recommended another man, who he said was an expert. This next fellow came over, took a look, and then insisted that I come up and join him. So, I paid no attention to the developing winds and got to see our roof for myself. Aside from some debris, some minor irregularities and a couple of small cracks that accounted for the moisture we had been seeing, it looked really good. The rubber coating is high quality, well-installed and in good shape, with plenty of life left. To have stripped it would have been a very costly mistake. This roofer, a real straight-shooter and a delightful character, gave a very reasonable estimate. He said his policy in business, which he learned from his father, is to do what his client needs, not what he himself wants to pad his pocket. He’s doing the job.

HaShem’s command to Avraham and Sarah at the very beginning of the parashah “Lekh lekha – get yourself going… to the Land that I will show you,” seems to come out of the blue. At this point we know very little about them, or why they were chosen by God for His special attention. As the parashah unfolds, their moral and spiritual character is revealed as they navigate the challenges of living in what was then, as now, the most dangerous neighborhood in the world.

When five kings of the land of Canaan revolt against four more powerful kings from the east, Avraham stays out of it. But when the five kings are beaten, including the king of Sedom, and as a consequence Avraham’s nephew Lot, a resident of Sedom, is captured, Avraham springs into action. With a small band he chases off the four powerful kings, rescues Lot and restores to the king of Sedom his people and property. When the king of Sedom approaches Avraham to express thanks, he offers “give me the people, but take the property for yourself.” Avraham responds:

I raise my hand to HaShem, Supreme God, owner of heaven and earth, lest I take a thread or shoelace from anything that is yours, that you not say ‘I made Avram rich.’ Except just what the young men ate, and the portion due the men who went with me, Aner, Eshkol and Mamre, they should take their portion (Gen. 14:22-24).

According to the halakhah stated in the Mishnah Baba Kama, the king of Sedom was correct – in this situation, Avraham was entitled to the property he saved from capture by a marauding army:

One who saves [property] from a river or a ravaging troop or robbers, if the owners despaired [of regaining the property] these things are his.

So why does Avraham reject the king’s offer? The king is admitting he had had no hope of regaining what was lost, and Avraham’s victory was unforeseen. The plain sense of the text indicates Avraham did not want to be seen as a beneficiary of the king or beholden to the king. But Rabbi Yaakov Leiner in Beit Yaakov derives a more generally-applicable principle from Avraham’s example:

The issue here is that whenever a person performs an action that requires clarification, the advice given for his benefit is to remove all his self-interest, that there be no personal connection to this action (sec. 35).

Rabbi Leiner goes on to explain that while saving Lot may have been regarded as a natural responsibility of kinship, even so, he had to kill others to accomplish this, and the calculus in such a case is not simple. So it was important to Avraham to distance himself from all other benefit or profit, even something to which he might have been halakhically entitled, so that his action remain purely for the sake of Heaven, to do God’s will. Yet while Avraham takes the stringent supererogatory path for himself, he does not expect this of his comrades-in-arms, and insists that they receive the compensation due them.

It is for the thoughtfulness Avraham and Sarah display in this and all their dealings, their efforts to act with truth, justice and honesty in complex detail in every situation, that they earn HaShem’s providential care, and serve as models for us, their descendants. This approach to life takes inner stability, self-control, broad awareness and refined sensitivity, to assess every situation in range and depth – especially situations with moral complexity – and act accordingly. This is why Avraham and Sarah were sent to the most dangerous neighborhood in the world, the laboratory for refining ethical sensibility through Torah. And for each of us, in all our dealings and interpersonal relationships, we have the opportunity to put Torah principles into action. The business world in particular is a battleground of the Torah spirit.

When a roofer is scrupulously honest, puts himself aside and tries to do what is best for his client, he proves himself a worthy son of Avraham and Sarah. We are grateful to meet such individuals. This is the legacy that we should be leaving. 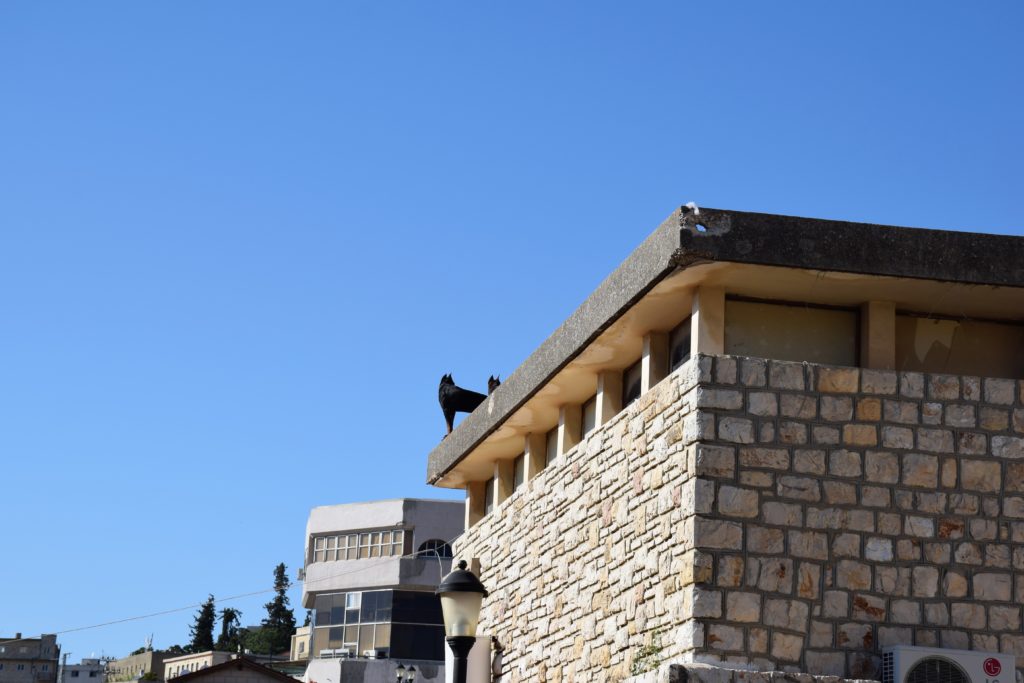 Famous residents of the Artist Quarter of Tzfat 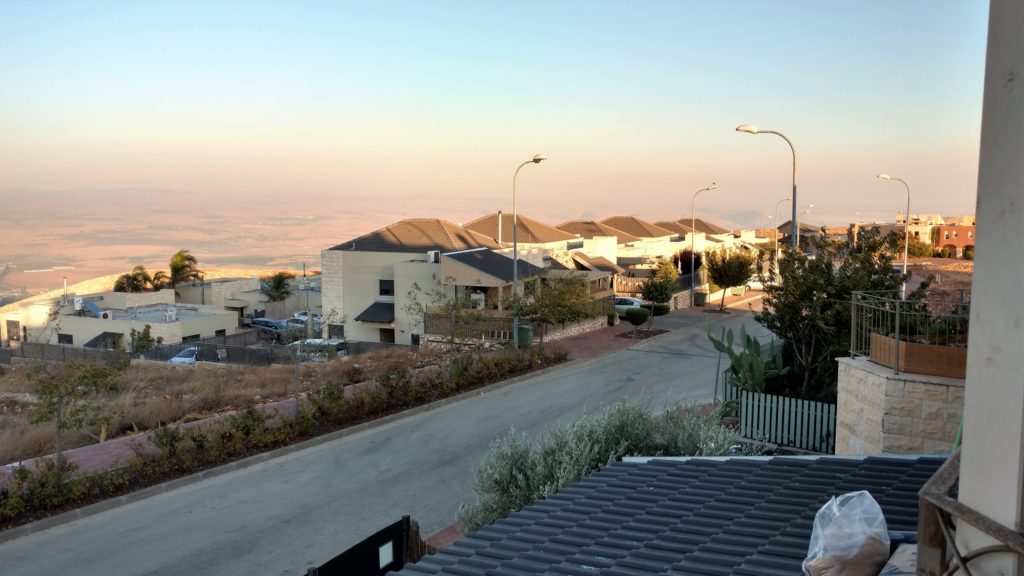 The view from our house, looking towards the Kinneret, including some of the roofing material still to be put in place on our roof