With the blessing of the first rains of the season, we discovered a leak in our roof and called a few local roofers to come take a look and give an estimate. We live in a newer corner of Tzfat not so familiar to residents from the older neighborhoods, and one of the guys got a bit lost on his way over. He called for directions, and when I asked him to describe where he was so I could guide him, he said “I’m not sure, but I see a house with black roof tiles and another with dark gray tiles.” I said “I guess I don’t usually identify houses by the color of their roof tiles. Can you give me another landmark?”  I appreciated his powers of observation when it came to roof tiles – that’s his profession. But it wasn’t a helpful way to communicate. He stayed in the four cubits of his world to describe his location, assuming I shared his experience. His parochialism might seem charming, but really, how effectively do we reach beyond ourselves to share and understand and empathize with the different experience of others?

This issue has been raised poignantly and painfully in the current outrage over revelations of long-term sexual harassment and abuse of aspiring actresses by a powerful Hollywood producer. A twitter hashtag campaign sparked by actress Alyssa Milano, who wrote “If you’ve been sexually harassed or assaulted write ‘me too’ as a reply to this tweet,” has gone viral and led to further revelations in the entertainment industry and beyond, with the hope that this level of publicity will finally catalyze change. The scope of the response has been enormous, yet this only represents women in the U.S. and some other Western countries. The mistreatment of women across the Middle East, Asia, Africa, and South America is even more culturally entrenched and horrific.

The campaign has also provoked some backlash by some antediluvian men. Yet even well-meaning men who have expressed sincere heartache over the mistreatment of women on this planet, all women, and sincere support for this effort to change male behavior, are being thoughtfully challenged – by women. Do men really get it? Can men honestly understand and empathize with the daily experience of women? Do men realize the constant anxiety women suffer and the level of vigilance women find necessary to protect themselves from men throughout their day, every day? What will it take to effect real change in male attitude and behavior? Are we able to reach beyond ourselves to understand and to change?

The rabbinic tradition is ambivalent about the character of Noach. The Torah describes Noach as “a righteous man, wholesome in his generations (Gen 6:9).” In the Gemara Sanhedrin Rabbi Yohanan and Rabbi Shimon ben Lakish argue over the implication of the qualifier “in his generations”:

Who has ever seen a father of mercy like Avraham? Come and see, by Noach it is written ‘And God said to Noach ‘the end of all flesh has come before Me… make yourself an Ark of gopher wood.’ But [Noach] was silent and said nothing to Him, and did not seek mercy. But Avraham, at the moment that the Holy One, blessed be He, said to him ‘the cry of Sedom and Amora is great and their sin is exceedingly heavy… (Gen. 18:20)’ immediately it is written ‘and Avraham approached and said ‘will You destroy the righteous with the wicked?’

According to the Zohar, Noach did not reach beyond himself to extend compassion and help to others, he just followed instructions, built his box, and saved his family along with representatives of the animal species he was commanded to save. Even the midrashic commentary brought by Rashi that suggests Noach answered questions of those curious about why he was building an ark, with the intent to awaken repentance in the questioner, indicates that was as far as he went. He did not reach out proactively to help save others.  By contrast, Avraham and Sarah see beyond themselves, practicing radical hospitality and compassion, teaching the ethics of God and proactively helping those in need.

This quality is even encoded in Sarah’s name. In the Gemara Megillah it teaches:

The seven prophetic women, who are they? Sarah, Miriam, Devorah, Channah, Avigail, Chuldah and Esther. Sarah, as is written ‘the father of Milkah and the father of Yiscah (Gen. 11:29).’ Rabbi Yitzchak says ‘Yiscah is Sarah. Why was her name called Yiscah? Because she gazed with holy spirit, as it says ‘all that Sarah says to you, listen to her voice (Gen.21:12).’

Rabbi Yitzhak engages in a classic rabbinic interpretive move based on the hyper-intentionality of the Torah, identifying an apparently extraneous biblical reference with a known biblical personality. The name Yiscah, appearing at the end of this week’s parashah with the introduction of Sarah, would seem to be unnecessary information, so it is taken as a descriptor for Sarah, meaning “person of visionary gaze.” This quality is supported by reference to God’s own affirmation of her visionary awareness, and the way Sarah and Avraham engage actively and thoughtfully with the people around them.

The whole project of the revelation of Torah can be seen as the divine program to inculcate this quality in the Jewish people and in humanity: to learn to see and feel sensitively for others beyond ourselves, to reach out to others. “’You shall love your neighbor as yourself (Lev. 19:18)’ – this is the great rule of Torah,” says Rabbi Akiva (Yerushalmi Nedarim 9:4). Yet in many ways the world seems to be slipping backwards into narrow self-absorption and tribalism. Maybe the current outrage over the mistreatment of women on the planet Earth can be the wake-up call for humanity for the thorough transformation we desperately need.

We have a long way to go, baby. 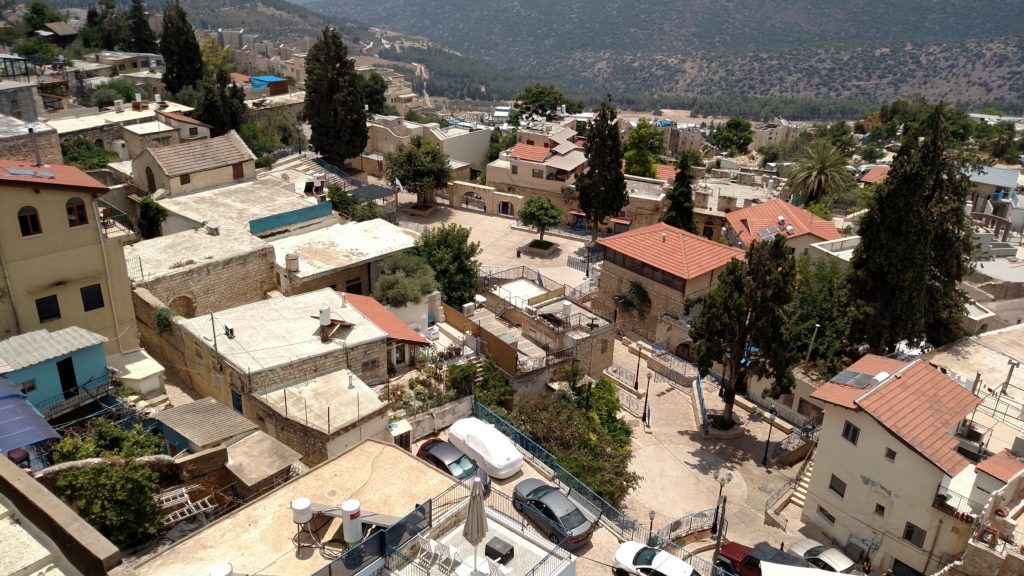 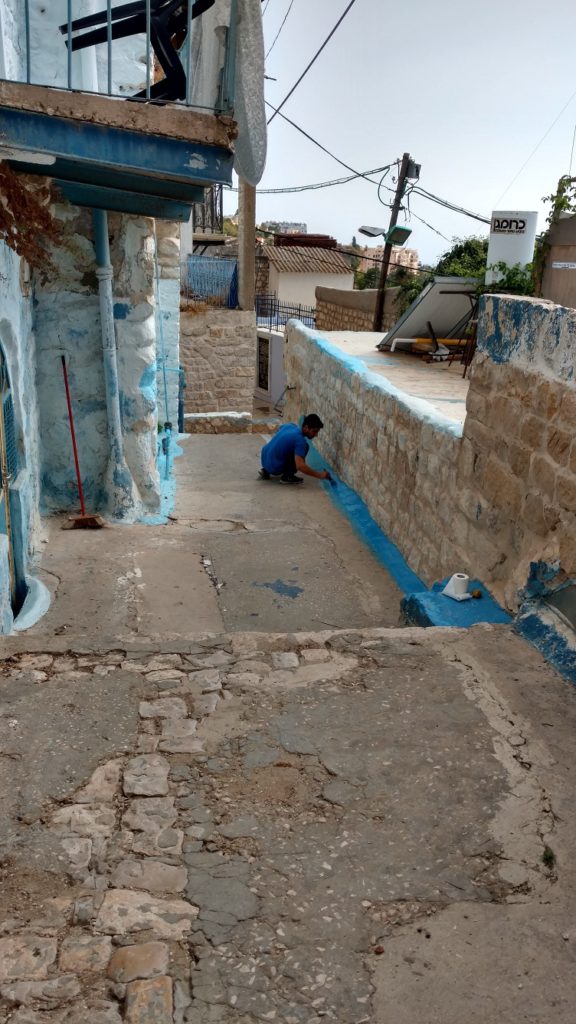 So that’s how things get blue in Tzfat