This is the season in which the lupines flower in Israel, so this week we took the opportunity to visit Givat haTurmosim, Hill of the Lupines in the Elah Valley, on a beautiful spring-like day – in February! Mysteriously, this particular hill has a concentration of these gorgeous, deep blue-purple flowers with a dab of white or magenta at their centers, along with cyclamen and poppies with their wildly-saturated reds, and numerous species of yellow, orange and white flowers scattered among them. The riot of colors, set against the many hues and textures of bright green leaves and grasses, and the fragrances wafting in the gentle breezes, made our hearts sing.

It’s a tradition for some Israelis to make kind of a pilgrimage to Givat haTurmosim at this season and we joined couples, families and a group guided by a botanist, climbing the hill and marveling at the flowers as if they are precious gemstones. In truth, there’s a connection between flowers and gems – they speak the deep language of color.

This week’s parashah features the instructions for making the garments of the Kohanim who serve in the Mishkan, including the colorful garments of the Kohen Gadol, the High Priest. The mysterious centerpiece of the High Priest’s garment is the Hoshen Mishpat – the Breastplate of Judgment, inlaid with twelve different precious gems, all sparkling with their unique colors, in which the names of the twelve tribes are inscribed, along with the names of the Patriarchs.

Rabbenu Bahya ben Asher, thirteenth century kabbalist and Torah commentator from the school of the great Rabbi Moshe ben Nachman, explains that the Hoshen Mishpat served as a kind of oracle providing guidance to the leaders of Am Yisrael. He works hard to identify each of the gemstones, comparing their names in the parashah with the vernacular terms for them. It’s remarkable that there remain disputes over the proper names for these gems in Hebrew — even though in Galut, in exile, we remained familiar with gemstones — portable wealth. In our neighborhood all the streets are named for these twelve stones of the Hoshen Mishpat, yet it’s not clear to Israelis what they actually refer to. The name of our own street, Yahalom, means diamond in modern Hebrew, while Rabbenu Bahya calls it a pearl. 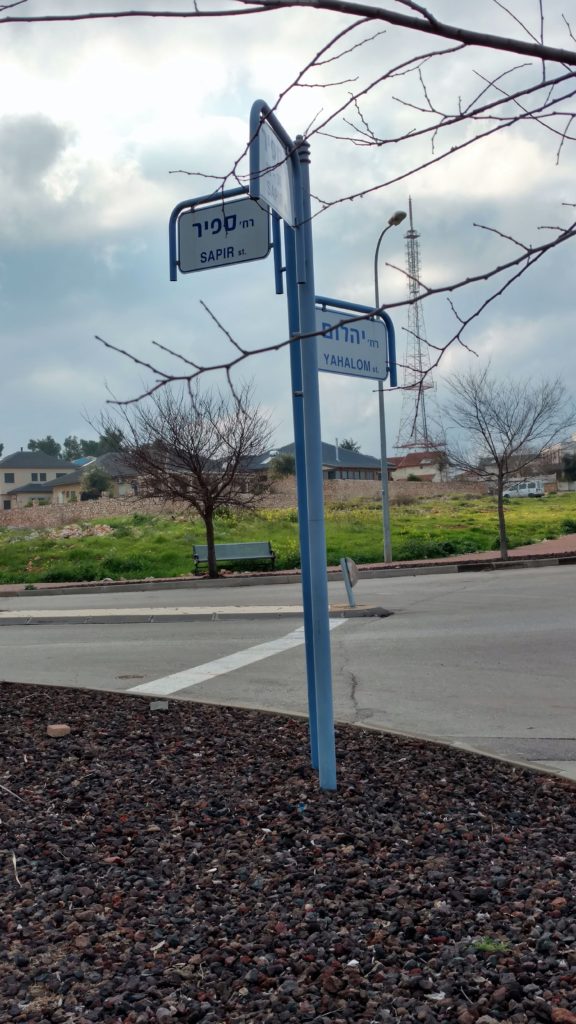 When it comes to identifying biblical flowers, there’s a bit more consensus, perhaps a sign of our deepening familiarity with our own Land. Rabbenu Bahya notes that the colors of the gemstones are associated with certain emotional and moral qualities, connected in turn with the Sefirot, the dimensions of divine revelation.

In the inner fold of the Hoshen Mishpat was placed the Urim veTumim, Lights and Perfections, divine names that provided inspiration to the Kohen Gadol. The Urim veTumim operated in two ways: as Lights they illuminated the various colored gemstones of the Hoshen and their letters in certain patterns, and as Perfections they inspired the Kohen Gadol to interpret these patterns, combining the letters into words that provided answers the questions posed by the leaders (Torah Commentary to Ex. 28:30). Maimonides describes the procedure of consulting this living oracle:

The Kohen stands facing the Holy Ark and the person asking the question stands behind him, facing the Kohen’s back. The questioner asks [for instance] “shall I go up or not go up.” He does not ask in a loud voice, nor does he just ruminate in his heart, rather in a soft voice like someone praying, heard only by himself. Immediately, Holy Spirit enclothes the Kohen and he gazes at the Hoshen and sees with prophetic vision “go up” or “do not go up” in letters that project from the Hoshen before him. And the Kohen answers him “go up” or “do not go up.” (Mishneh Torah, Klei haMikdash 10:11)

Rabbenu Bahya notes that everything about the Hoshen Mishpat is designed to elevate the consciousness of the Kohen Gadol to an inspired, intuitive level, a level of holy spirit just below prophesy. The colored gems, the letters, the divine Names enable the Kohen to hear the prayed question of the leader seeking advice and open his mind and heart to receive a divine response.

Color also plays a semiotic role in Megillat Esther – signaling the meaning of events. In describing the opulent feast at the beginning of the story, the Megillah makes a point of listing the colors of the structures, furniture and decorations of the royal palace – the blues and purples and reds and whites and golds and silvers (Esther 1:6). Then it repeats many of these colors in the description of the royal garments worn by Mordechai when he goes forth to the rejoicing of the people of Shushan, to convey the emotional impact of his ultimate victory (8:15). The Zohar says that these are the colors of the garments of the heavenly world and the Garden of Eden, and Mordechai received holy spirit from that heavenly world at that time (3:169b). This is the true, exalted state of enlightened mind that we try to achieve on Purim, the eternal holy day of higher awareness (Bavli Megillah 7b, Yerushalmi Megillah 1:5).

Rabbi Moshe Cordovero observes that while our consciousness emanates from the world of the Sefirot, there are those who are aware of their higher level mind, and those who are not yet aware. Those who are unaware use their minds only in discursive mode, analyzing the words of Torah, its laws and judgments and interpretations, following the tracks of verbal patterns of plain sense in the world of separation. Those who are aware of their own higher levels of mind also use their consciousness more intuitively, empathically and unitively, sensing the deeper connections of all people and all things with the divine (Pardes Rimonim 1:5).

Walking Givat haTurmosim  with other Israelis, the colors and fragrances singing in our hearts, we really felt as if we got a little taste of a heavenly world here in the Land of Israel – and what a heavenly place this world could be if we human beings, all human beings, could share expansive minds and open hearts together. 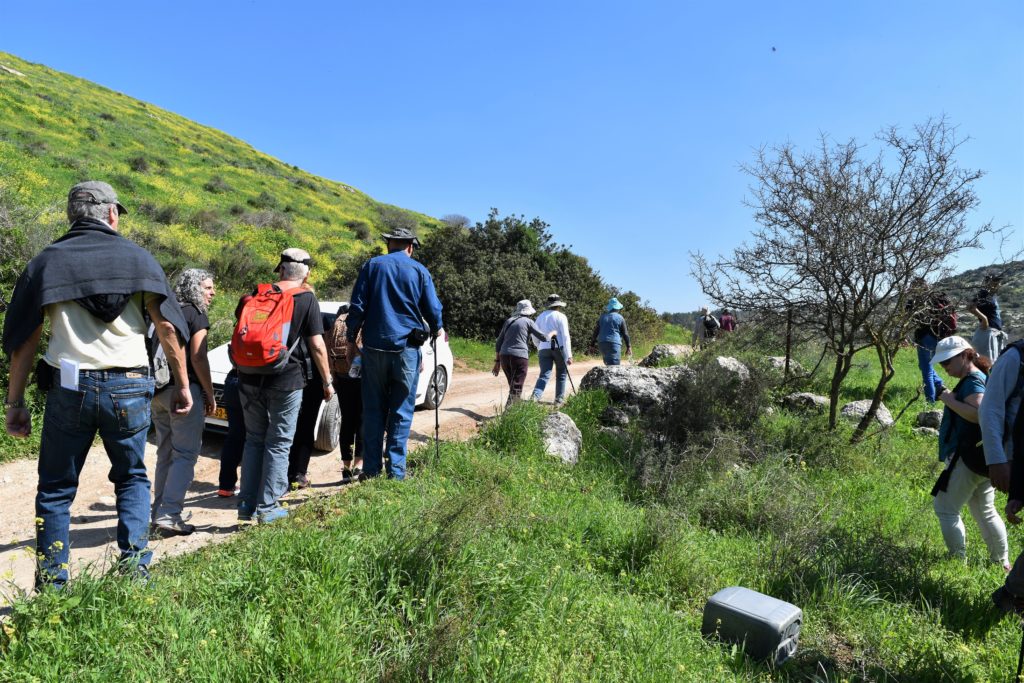 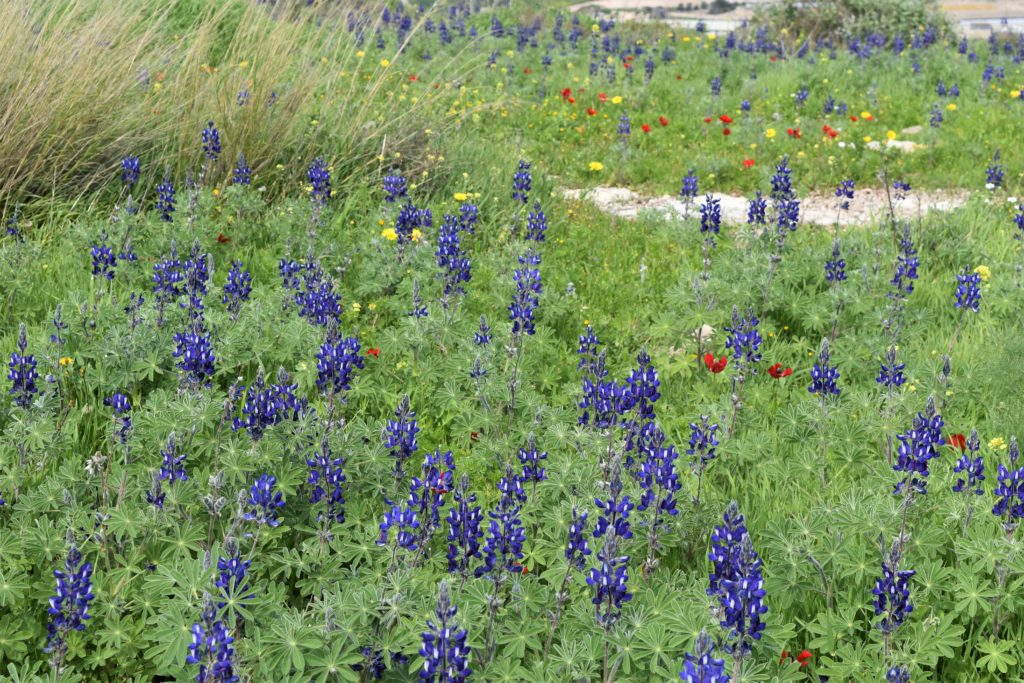 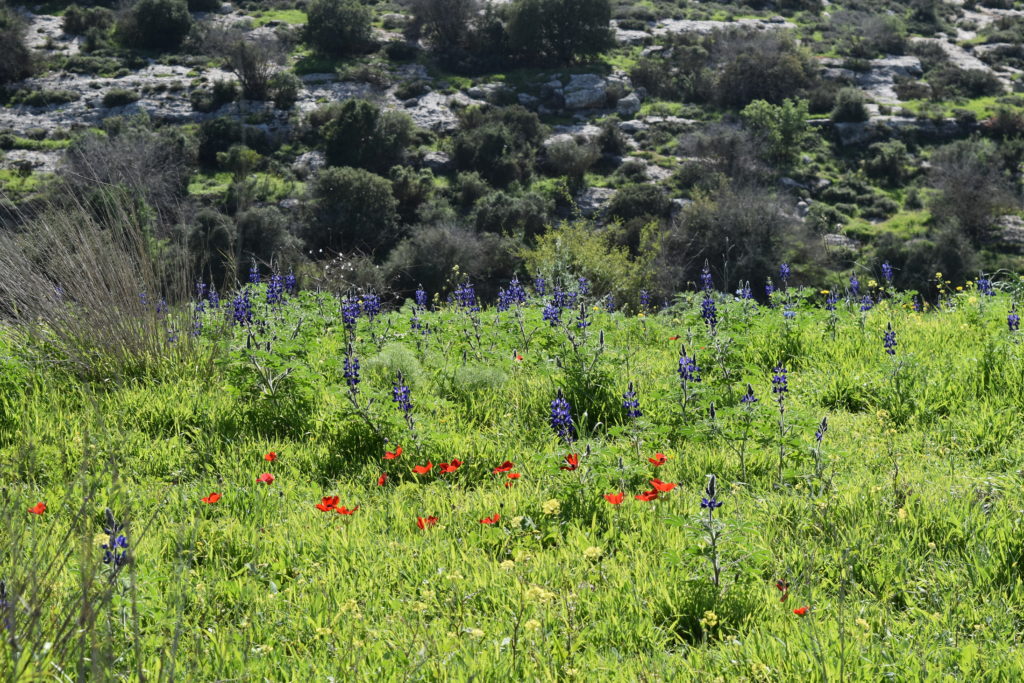