We Jews value knowledge and our approach to Torah study is often oriented towards gaining knowledge and competence in mitzvot and halakhot, maybe even towards deeper analysis of their meaning, maybe even towards gaining wisdom about human relationships and the world and God. This is all important in helping us advance as human beings. But every once in a while a higher level of Torah learning shines through. It happened this week in a shiur when one of the participants got very excited about a passage in the Gemara Hagigah we are studying and said “this blows my mind.” I’m supposed to be teaching the shiur, but when she said that I did a double-take on the passage and realized she’s right. We’re often so enmeshed in the discursive details of a text or of life that we miss the real point: this is mind-blowing.

Rebbe Zusya of Anipoli was a member of the original circle of students that gathered around the Baal Shem Tov and Rebbe Dov Baer, the Maggid of Mezritch, the first great generation of Hassidic leaders. But Rebbe Zusya did not know the Torah of the Maggid as well as the other distinguished members of the circle, and Rebbe Yisrael of Ryzhyn, grandson of the Maggid, explained why:

When my grandfather the Maggid would begin to say Torah on a verse, which usually begins “And God said,” or “And God spoke,” Rebbe Zusya would immediately feel the illumination of Torah and get more and more excited and start jumping and shouting and creating an uproar in the house. Among the students of my grandfather were some big men, Rebbe Levi Yitzhak of Berditchev and Rebbe Nachum of Chernobyl and  some others, and they would push Rebbe Zusya out of the room. Rebbe Zusya would stand in the outer chamber and actually climb the walls and shout “And God said!” “And God spoke!” When my grandfather finished the devar Torah, Rebbe Zusya’s mind would settle and he would quiet down and they would bring him back into the room. And he would know the illumination of the Torah of my grandfather, but the Torah itself he would not know. But the truth is, if a Tzaddik speaks in truth and the listener receives in truth, even one word equals a whole world (Be’er haHasidut: HaMaggid ve-Talmidav, 147).

Yes, that God says, that God speaks – the most common phrases of Torah – that God! actual God! actually speaks! and that we might hear – this is truly amazing. In fact everything in Torah, which reflects on everything in life and the worlds around us and beyond us, is amazing – if we open our minds and hearts to realize this is a wild and crazy dimension of reality we inhabit, and that we are really here, infinitely and absolutely here, as a total gift. It’s mind-blowing.

A story came across this week on this week’s Monday Morning Memo that was told by the late Canadian illusionist Doug Henning about a show he performed in 1971. He was 400 miles from the North pole, on a tour to entertain troops of the Canadian army stationed there:

At one point on the tour they asked if I would like to do a show for a group of Inuits… I set up my show in a little building, and the Inuits came in to watch. They sat on the floor in their parkas, and I did what I thought was some pretty good stuff. They just sat there, didn’t smile, didn’t say a word and, at the end, nobody applauded. But they were completely focused on me, like I was some sort of phenomenon. Only one of them spoke English, so I asked him, “Did you like the show?”

I explained that I was trying to entertain people.

He said, “Entertainment is good, but why are you doing magic? The whole world is magical…” We sat down on the floor and he told me “It’s magic that the snow falls, all those little crystals are completely different… that’s magic.”

I said “but what about when I made the rabbit and doves appear.”

“Why do you do those things?” He said. “It’s magic when the walrus appears each spring, he comes from nowhere… that’s magic.”

Now I was gasping, trying to explain magic to him. I thought of my “Zombie,” which I thought was my best thing. I said, “I made that beautiful silver ball float in the air… That’s magic.”

“But there’s a ball of fire floating in the sky every day. It keeps us warm, gives us light… that’s magic.”

“Then the Inuits started talking among themselves. The man came to me with a big smile on his face, and said, “Now we know why you’re doing that. It’s because your people have forgotten the magic. You’re doing it to remind them of magic. Well done!””

“I cried right then… I said, ‘Thank you for teaching me about the magic. I didn’t know.’ That was really the first time I knew what wonder was. It was the most memorable thing that has ever happened to me. I never forgot that, inside. That’s why I became a magician.

The Ramban sides with the Inuits – he reminds us that not only are there occasional obvious miracles in our history and sometimes even in our lives, but that the entire world around us is hidden miracles through and through, everywhere you turn (Torah Commentary, Gen. 46:15 et al.). In Tzfat we don’t have walruses returning in the spring, but we do have almond trees that are now in full bloom, with their pink and their white petals, and they are also a marvel.

This is the inner meaning of the Mishkan itself – the great construction project that engaged Am Yisrael in the first year of their desert journey, and that accompanied them into the Land of Israel, the account of which begins in this week’s parashah and will engage us for months. In the ancient world the Mishkan must have been shocking. It’s styled like a temple, but in its most sacred inner place, the Holy of Holies, in the space framed by the arching wings of the golden Keruvim over the Ark, where pagans would have placed their man-made representation of divinity, their idol, in that space of the Mishkan there’s – nothing! And from that nothing God Himself really speaks (Ex. 25:22). And there are miraculous phenomena associated with the Mishkan: that it carries its carriers (Sotah 35a); that the golden Keruvim, the pair of angels whose wings overarch and frame the empty center, are responsive to the moral condition of Am Yisrael (Baba Batra 99a); that the gem-imbedded breastplate of the Kohen Gadol reveals God’s will through the mysterious Urim ve-Tumim hidden in it (Ex. 28:15-29), and more.

The Torah reveals the ultimate purpose of the Mishkan:

They shall make Me a holy place and I will dwell in their midst.

Rabbi Yaakov Leiner comments that “the whole world is filled with the glory of God and there is no place without God’s efflux and He does wonders of salvation every day, at every moment, in every place” — so what need is there for a Mishkan? He answers that yes, the whole world is filled with God’s glory, but we usually miss it – not because it’s too subtle but because it’s so powerfully, overwhelmingly obvious that it’s too much for our minds to grasp. Like on a sunny day, the one place you can’t look steadily is at the sun. So the Mishkan, as the Midrash Tadsheh tells us, is a colorful, sparkling miniature model of the world. It helps focus our minds, a contemplative aid to open our hearts and awaken us to the wonders of existence, to the intimate Presence of God. We start with the Mishkan and expand outwards, realizing that the divine glory we perceive there is really everywhere and beyond (Beit Yaakov, Terumah, sec. 39). As Rebbe Menachem Mendel of Kotsk notes, when we build the Mishkan, the Torah says, not that God will dwell in the Mishkan, but that God will dwell in our midst.

We don’t have the Mishkan or Mikdash today – yet. We pray for the time when we get a new Mikdash, confident that however it gets rebuilt, it will be wondrous, as the prophet Zekhariah says:

And I shall be for it a wall of fire round about, and for glory I will be within it.

In the meantime, and for all time, we have Torah, itself a wonder, which we can learn together, opening and awakening our hearts and minds to the wonders of God’s world. 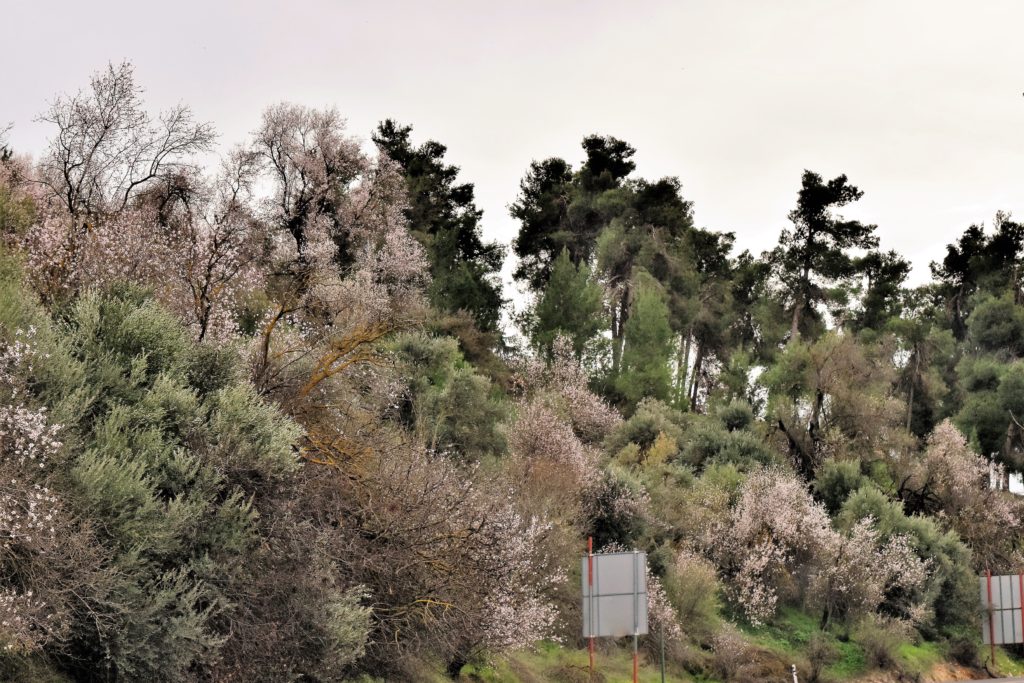 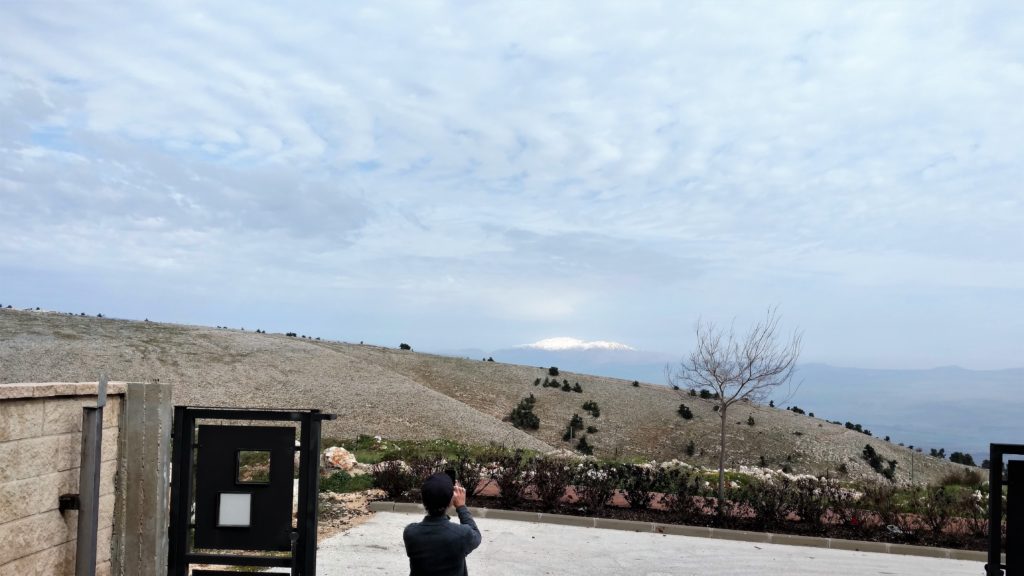 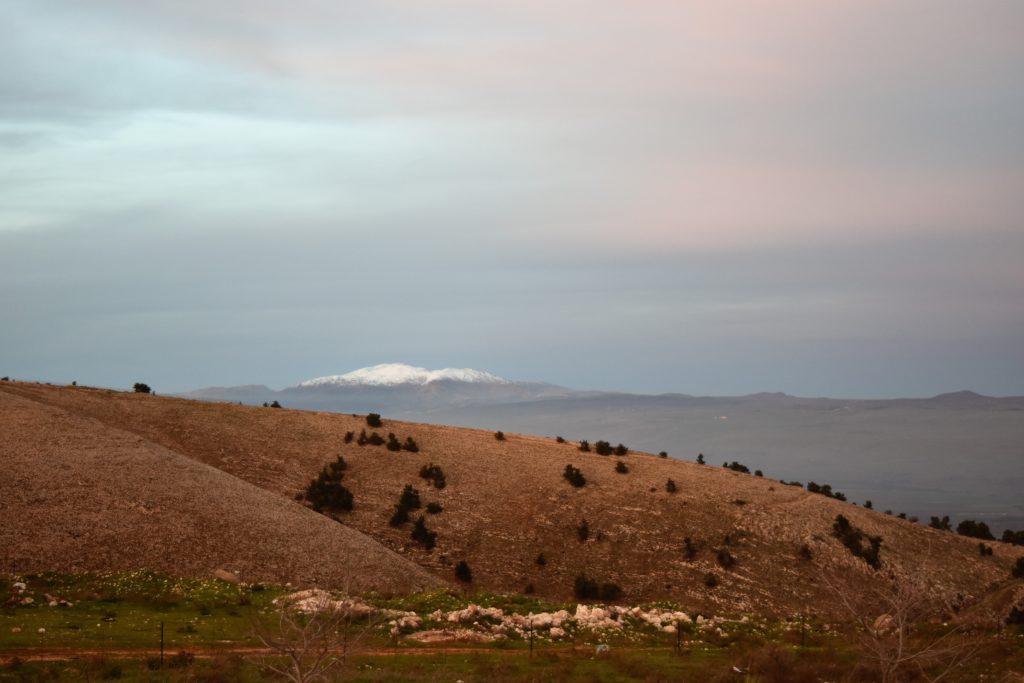