Our next-door neighbor was sitting Shivah this week for the passing of her sister, and people in the neighborhood who know the family were coming by for condolence calls and to help make the minyan there. One of the visitors, though, who happens to be a friend of ours, came from the other side of Tzfat, even though he didn’t know the mourner. He explained he was speaking with a Druze acquaintance who told him that when a Druze is in mourning, Druzim from all over Israel come to visit because they feel they are all one family. Then he heard there is a woman sitting Shivah in Tzfat and said to himself – “I don’t know her, she’s on the other side of town, but she is family, I have to make a Shivah visit.” And they discovered that they did share some personal connections as well.

The Druze community is tight-knit. There are just under 140,000 Druzim in Israel. Though it’s originally an offshoot of Islam, they don’t define themselves as Muslims, and their religion is esoteric and mystical. They practice a kind of political adaptability in the volatile Middle East, giving allegiance to whatever country they live in, while maintaining ties of kinship that transcend national boundaries. Many Druze serve honorably, heroically and in leadership positions in the Israel Defense Forces and their contributions and dedication are deeply appreciated. It’s a closed religious community with no opportunity for conversion, and they are all interrelated by marriage in some way, so their sense of being one family is tangible.

We Jews are also family, including those who convert and become genuine children of Avraham and Sarah. Our sense of being one family is both tangible and conceptual and a central principle in Torah. This is the essential lesson of this week’s double parashah. The metzora is a person suffering from a skin ailment that has a psycho-spiritual as well as somatic dimension. The rabbinic tradition understands the disease as a consequence of speaking ill of others, and applies this to explaining why the metzora, as part of his healing process, is required to sit alone in quarantine:

This quarantine is a measure-for-measure punishment. But’s it’s not merely punitive, it’s therapeutic, a kind of “time out” to hold up a mirror and prompt self-awareness of his actions and their consequences. While the metzora sits alone, the Torah requires him to cry out “impure, impure” to those who pass by (Lev. 13:45). This is not intended to shame him further, rather, according to the Gemara Moed Katan:

“Impure, impure he should call out” – he needs to make his suffering known to the public, and the public will seek mercy upon him.

The ordeal of the metzora is intended to convey the importance of the solidarity of the Jewish community into which he sowed dissension, and to help rehabilitate and repatriate him back into the community by realizing the care and love people have for him as they pray for his healing.

Rabbi Yitzhak Luria is reported by Rabbi Hayyim Vital to have instituted the minhag of affirming love and solidarity with all Israelites before tefillat Sharachit. In the Pri Etz Hayyim, the kabbalistic commentary on the halakhot of Orach Hayyim of the Tur, dealing with prayer, Shabbat and the Yomim Tovim, Rabbi Hayyim Vital says:

When a person sits in the Synagogue, before beginning any prayers at all of the prayers of the morning service, he should accept upon himself the mitzvah of “you shall love your neighbor as yourself,” and intend to love every Israelite person like his own soul, for by virtue of this his prayer will ascend comprised of all Israel, and it will be able to ascend and be fruitful and effective (Pri Etz Hayyim, sec. 5:1 Olam haAsiyah).

Rabbi Yitzhak Luria interprets the mitzvah to “love your neighbor as yourself “ hyperliterally – that we really can share consciousness together, a radical intersubjectivity in which our minds can interpenetrate empathically and even telepathically. We can love our neighbor as our self because our selves really are connected. The actualization of this connection, known in kabbalistic terminology as ibbur neshamah, can occur between deeply related people such as parents and children, and dedicated teachers and students (Sha’ar haGilgulim, intro, sec. 3; sec. 10). A form of shared consciousness occurs when we gather in tefillah as well.

And this phenomenon is not limited to those living together in this world. Kabbalistic tradition and experience confirms that a sharing of consciousness can occur even between those in this world and those who have passed to the next world (Sha’ar haYichudim, ch. 4). On Yom HaShoah this Thursday, sirens sounded at 10:00 am and all Israel came to a standstill. Everyone stood for a minute, wherever they were, honoring the memory of the Six Million men, women and children who were murdered in the Shoah. A friend of Livnot U’Lehibanot shared a website he created, called “Illuminate the Past,” in which you can light a virtual light for a single individual who perished in the Shoah. You receive their name from the archives of Yad VaShem, you light a virtual yahrzeit candle for them, and you are encouraged give thought and prayer to their remembrance throughout the day. I have to admit that when I heard about this I was at first a bit skeptical. And yet clicking on the link, receiving the name of Laszlo Sebok, a young Jew born in 1925, Budapest, Hungary, date of death unknown, I found myself deeply moved and deeply connected to him. I am his remembrance, a confirmation that Laszlo Sebok lived in this world and continues to live in the next. To love your neighbor as yourself is not limited to this world, it embraces all Jews, past, present and future. We are family.

And, despite the way things are going in the world these days, there may come a time that all human beings, Jews, Druze, Muslims, Christians, Hindus, Buddhists, Sikhs, all religions and nations, recognize that, in truth, we are all family together. It should come speedily, in our days. 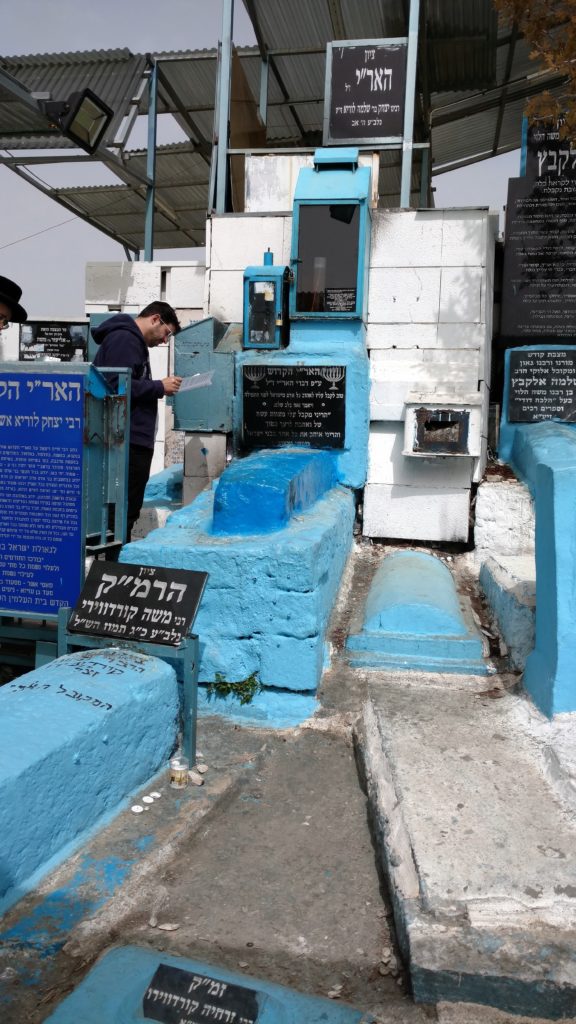 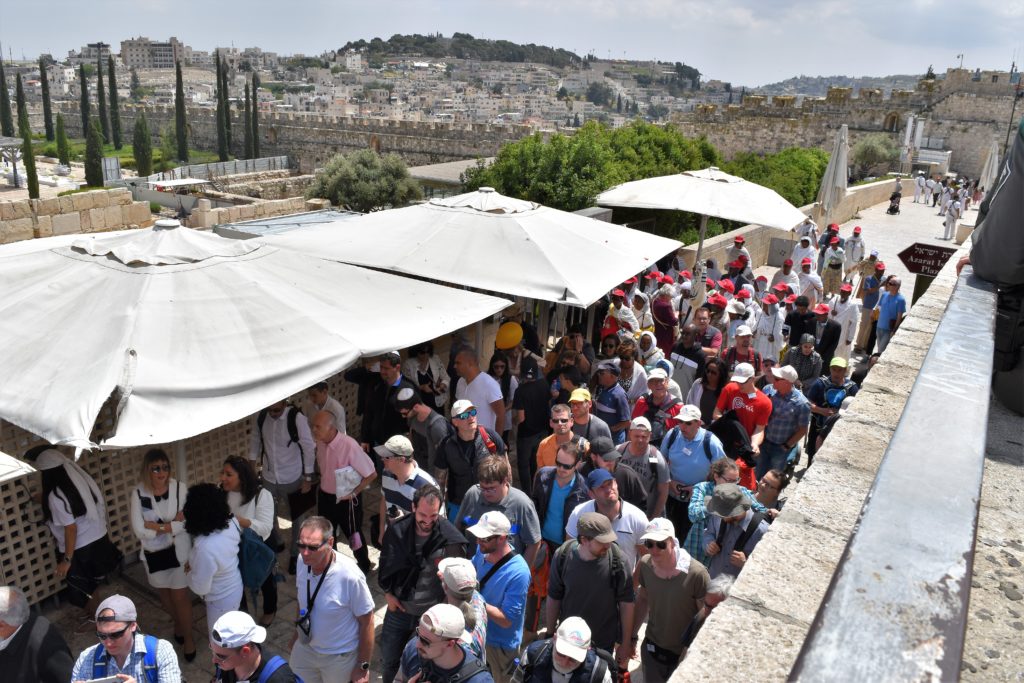 Approaching the Kotel together