There’s a special feeling to Yom HaAtzmaut this year, celebrating seventy years since the founding of the State of Israel. In Pirkei Avot it says “seventy years signifies the venerability of old age (5:27),” though in truth, Israel at seventy is just in its infancy compared with the multi-millennial history of our people. But we understand the extra hoopla for this milestone, especially because the revived State of Israel has accomplished so much in these brief seventy years. The media here over the last week is full of accounts of the contributions of Israel and Israelis in fields of science, medicine, agriculture, technology and the arts that have enriched humanity. All this is true and inspiring. But today on Yom HaAtzmaut I also witnessed the greatness of Israel in a little different way.

I was working at home putting together educational materials on this warm and sunny afternoon, all windows open. Music was coming from homes around the neighborhood, the shouts of children playing, the de rigueur fragrance of barbecue wafting on the air. A peaceful, cheerful scene. All of a sudden there was a squeal of tires and a loud crash nearby. I ran out of the house and saw all our neighbors running out of every house in the area to the site of the crash. The men who got there first pulled a young teen out of the wreckage – he was the driver and the only one in the car. He was not physically injured, and no one else was hurt – barukh HaShem, since children were off from school and playing in the street. But he was dazed and totally distraught, flailing around. Several men gathered around him and, after making sure he was physically unhurt, just hugged him, and kept hugging him and stroking his face and reassuring him until he calmed down. His parents were called and they came quickly. The police and medical emergency teams were called and they came quickly and worked with gentleness and efficiency. It turns out the kid, who did not yet have a license, had taken his parents’ car without their knowledge and went for a joyride – independence day. He was going too fast through the streets, lost control of the car on a turn and crashed into a stone wall. The car looked pretty much totaled. It wasn’t lost on the crowd of neighbors that this kid was culpable, that he had endangered their children, and that he and his parents were going to have to take serious responsibility for what happened. But they kept that talk among themselves. To the teen and his parents they gave only help and compassion until they were safely on their way.

Speak to the entire congregation of the Children of Israel and say to them: be holy, for I, HaShem your God, am holy.

Rashi, quoting the midrash Torat Kohanim, notes that the call to speak to the “entire congregation” is unusual, indicating:

This teaches that this Torah portion was read at Hakhel, since most of the substantive aspects of Torah are contained in it.

Hakhel was the gathering of the entire nation of Israel every seven years, on the Sukkot festival after a Shmittah year. Everyone met at the Temple in Jerusalem to hear selections from the Torah, kind of the “greatest hits” of Torah, read aloud by the king. Parashat Kedoshim, containing so many essential mitzvot, halakhot and ethical principles, was one of the selections read in this vast national gathering. It includes mitzvot of strengthening relationships, such as not standing by when your neighbor is injured (19:16), offering criticism when necessary but only at a time it can be accepted (19:17), not bearing a grudge, and loving your neighbor as yourself (19:18). Rabbi Moshe Schreiber, the Hatam Sofer, comments:

Not a holiness of separation or ascetic abstinence does the Torah seek, but rather “Kedoshim – Be Holy, was read at Hakhel” – being holy is when you are in the midst of the congregation and mixed in and connected with all people.

The Rabbi Yehudah Aryeh Leib Alter of Gur, the Sefat Emet adds: “through the unity of the totality of Israel we merit holiness.”

You can find this Torah ideal of holiness through compassionate community in Israel today, and it was here today in the sincere, mature, heartfelt way a whole neighborhood rushed to help and comfort someone in need. They did not stand idly by, they held criticism until the right time, they held no grudge. They love their neighbors. This is also part of the greatness of Israel at seventy, along with all the other progressive accomplishments: that we have cultivated a humane, caring, life-affirming society in which people can depend on each other for support. This is not a small thing. Along with the all celebrations, Israelis are quite aware that we live in a dangerous and violent region with some bad actors who don’t share these values. But we also know that most people, of this region and all over the planet, long for a society, for a human civilization that is peaceful and secure and mutually supportive, in which everyone cares for each other. This is part of the mission of Am Yisrael, maybe the essence of our mission, to be a “kingdom of priests and a holy nation (Ex. 19:6)” serving and helping all nations and all humanity to attain this true holiness, together. 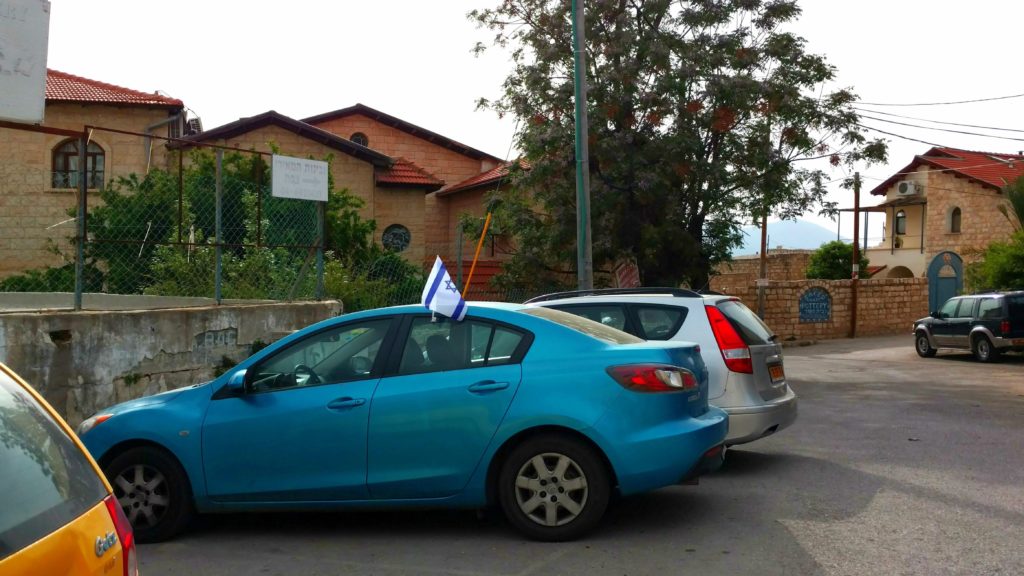