Weighed down by severe depression and anxiety, the young German poet Rainer Maria Rilke was invited by patron Princess Marie von Thurn und Taxis to seek refuge at the Duino Castle overlooking the Adriatic Sea. It was there, pacing along the cliffs above the crashing sea, that Rilke heard a voice call out to him, “Who, if I cried out, would hear me among the hierarchies of angels?” In a fleeting moment of inspiration, the Duino Elegies, one of the most influential pieces of 20th century poetry, was born. Though it took Rilke over ten agonizing years to finish the Elegies, the final lines were finished in a furious few days. In his letters, Rilke wrote, “it was a boundless storm, a hurricane of the spirit, and whatever inside me is like thread and webbing, framework, it all cracked and bent. No thought of food.”

Ecstatic experiences of transcendent creativity stand behind the greatest expressions of art humanity has produced. The otherworldly notes flowing from “somewhere else” through the jazz musician, the effortless brushstrokes and pearls of paint transforming into an extension of the painter’s soul, the gentle but dramatic lift in the step of the dancer possessed, and the pen of the poet, planting seeds of life, not just words. For the faithful, these moments are a fulfilment of the verse (Shir Hashirim 2:9):

Behold, He is standing behind our wall, looking from the windows, peering from the lattices.

Moments of divinely inspired creativity is where the vision of Hashem pierces through the wall that normally separates us from Him and we can feel His gaze guiding us towards greatness.

The entirety of our tradition is built on these transcendent experiences. At its highest form it is expressed through prophecy, but God’s word is revealed in the hearts and minds of humanity through other forms as well, including ­Ruach HaKodesh, pure revelation without the weight of a prophecy, and on a lower level, creative expression. One of my favourite examples of this sort of revelation is embedded within our parsha’s first line:

Rav Mordechai Yosef Leiner of Ishbitz, in his masterpiece Mei Hashiloach, wonders why Moshe would include this narrative in the Torah. It is after all detailing Moshe’s defeat. After hitting the rock and not speaking to it, Moshe is punished with not being allowed to enter the Promised Land. Broken-hearted, Moshe appeals to Hashem over and over—five-hundred fifteen times according to the Ba’al Haturim—that he be forgiven and let into the land.

Why are we shown this interaction? What is its value? The Ishbitzer teaches us that we shouldn’t think for a moment that Moshe’s prayer is not answered. Yes, Moshe does not enter the land physically as he would have wished, but he does enter the land and more importantly the hearts of the Jewish People as our eternal teacher. ­Moshe Rabbeinu. Here we are, in the 21st century, still learning his words every day and every night.

Then the Ishbitzer does something I find amazing. He writes:

And so too this is implied by the usage of the word “Va’etchanan—And I entreated” which is in the reflexive grammatical construct, which means to say that he was made to be filled with supplication and his prayer flowed through his mouth, and this is a proof that Hashem sent him an awakening to pray, and therefore with certainty this prayer did not return unanswered.

The Ishbitzer explains that Moshe was walking along the cliffs of the Jordan Valley and he spontaneously found himself filled with deep heartfelt prayer. But it was not Moshe’s prayer, he was channelling Hashem’s prayer. Hashem did this to teach the Jewish People a valuable lesson. Even when your back is against the wall and it seems as if there’s no possible way your prayer will be answered, one should never hold themselves back from praying. When we pray with passion and determination, we may not get the answer we had expected, but Hashem will answer us, if we listen deeply enough. 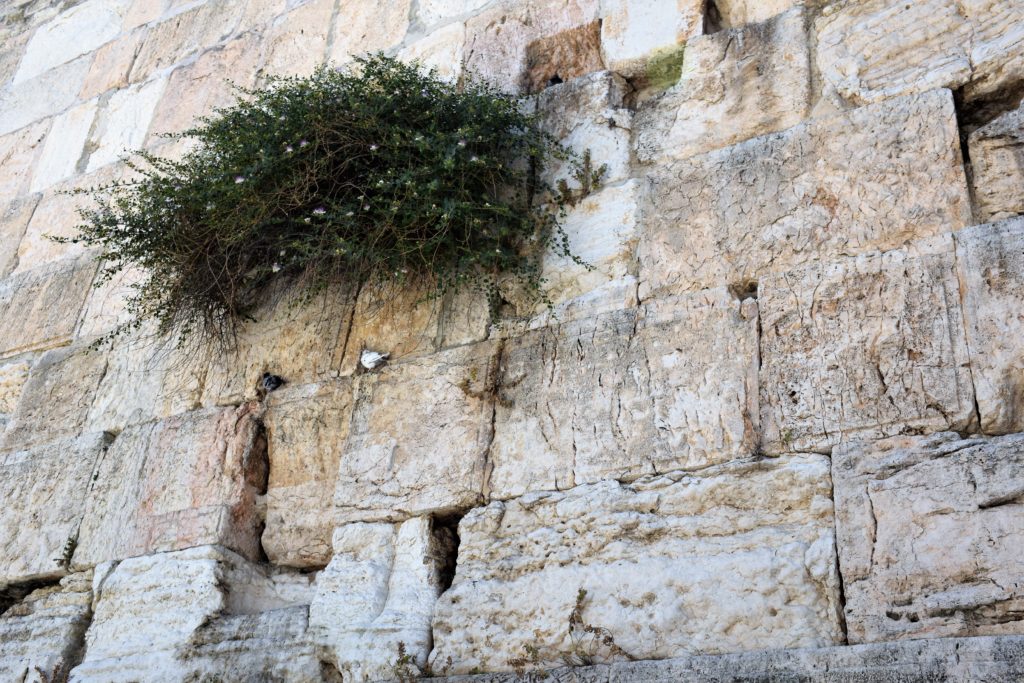 One thought on “Beyond Our Wall”