In Tzfat the figure of Rabbi Yitzhak Luria, the Ari z”l, looms large. And rightly so. He electrified the local kabbalistic community in the few years he lived here, from 1570 to 1572, with his profound creativity and extraordinary psychic powers and transformed our understanding of Torah ever after. His grave in the cemetery of Tzfat is a major pilgrimage site, especially on his Yahrzeit, the fifth of Av, last week. Rabbi Shimon bar Yohai, uncompromisingly dedicated Tanna of the second century, who learned Torah every moment he could, also walked these mountains and valleys and is buried in Meron, the next town over. Called by the acronym of his name, Rashb”i, his spirit is also strong in Tzfat.

But following in slow Tzfat traffic behind a cab from “Moniot Ari z”l – the Ari z”l Taxi Company” – while passing by the “Pizza Rashbi” shop, I kind of wondered what these great scholars think of their names being used in these ways. Yet maybe they are amused, even delighted. The Ari z”l was all about helping people travel back and forth between earth and heaven, not a bad patron sage for a cab company. And Rabbi Shimon bar Yochai, who learned day and night in a cave with his son for thirteen years, surviving on carob fruit and water while hiding from the Romans, probably would have appreciated a pizza delivery now and then, just as the Kollel guys who try to follow his example do today.

Giving the names of Torah scholars to mundane businesses may even be a fulfillment of the principle stated in Proverbs:

In all your ways know Him, and He will straighten your paths.

Rabbi Yisrael Ba’al Shem Tov took this as the guiding principle of Hassidut, as he explains in his ethical will:

In all your ways know Him – this is a great rule. “Know Him” is language of connection… in all your actions, even in corporeal things that a person does, it should be for service of the Most High alone, and not for another intent, even a little of a little, it should not be for one’s own self but only for the sake of Heaven.

Rabbi Dov Baer of Mezritch expounds on this:

This is the meaning of “in all your ways know Him,” that everything a person does, if it is for the sake of Heaven, is considered a Mitzvah, for they are preparations for service of HaShem.

This principle is also at the heart of the argument in the Gemara between Rabbi Shimon bar Yochai and Rabbi Yishmael, who both lived in the area between Tzfat and Meron, over whether one should learn Torah exclusively and rely on others to provide sustenance, or also engage in earning a living.

The Rabbis taught: “’And you shall gather your grain (Dt. 11:14),’ what is is being taught by the text? Since it says ‘this book of the Torah shall not depart from your mouth (Joshua 1:8),’ one might think these words should be taken literally? It teaches ‘you shall gather your grain’ – conduct yourself in these matters according to the normal way of the world,” says Rabbi Yishmael.

Abaye said “many did according to Rabbi Yishmael and achieved success; like Rabbi Shimon bar Yochai and did not achieve success.” Rava said to the Rabbis: “I beg of you, in the season of Nisan and the season of Tishrei do not appear before me, so that you not be troubled about your sustenance for the whole year.”

Rabbi Yishmael notes that the Torah promises us that if we keep the commandments the rain will fall in its due season and we will be able to gather our harvests successfully. If we will be blessed to receive rain, it might seem that it goes without saying that we will do our part to work to gather our harvests. But it is necessary to state this explicitly in view of another verse. Joshua is instructed that he should always be thinking and speaking about the laws and wisdom of the Torah. If taken literally and applied to all Israelites, it implies that we should be studying Torah at all times. How can we study constantly and yet engage in work? Rabbi Yishmael concludes that the fact that the Torah itself states that there are times we should engage in agricultural work teaches us that the command to Joshua to study constantly should not be understood literally. Rather, we should combine study with necessary periods of work in a healthy manner that is the normal “way of the world.”

Rabbi Shimon bar Yochai takes literally the command to Joshua to study Torah constantly, and sees the two verses as presenting two different, conflicting approaches to how we should live our lives. He notes that if we choose to work, there is no end to the responsibilities of work, and study of Torah will suffer. Ideally, then, we should study all the time. If we commit to this uncompromising approach, Rabbi Shimon offers scriptural support for a promise that we will be blessed with the generous assistance of others and released from having to earn a living ourselves. If we choose instead to work and study, not only will we have to work hard and not be able to learn Torah adequately, but our social, economic and political condition will suffer and we will end up doing the work of others through political subjugation.

Abaye, commenting almost 200 years later, observes that many people who followed the moderate approach of Rabbi Yishmael, combining work and study, were successful in both, whereas those who followed the extreme approach of Rabbi Shimon bar Yochai, study without work, were not successful. Rava, in the same time period, made it a policy to encourage students to work and not attend his Yeshivah during the planting season of Nisan and harvest season of Tishrei, to earn a sufficient living to support their studies the rest of the year.

The relationship between Torah study and work is still a controversial issue today, especially in Israel.

It may be that Rabbi Shimon bar Yochai’s uncompromising commitment to continuous Torah study is a correct approach, but suitable only for elite scholars such as himself, who can also serve as master teachers. His proof text, after all, is a command given to Joshua, a great Torah leader. The problem today is that many who follow the Kollel approach are not elite scholars and not capable of or interested in teaching. The high-level teaching Kollels, however, whose members are energetically engaged in teaching in the communities that support them, may be the true fulfillment of Rabbi Shimon’s vision.

It may also be that the combination of work and study that Rabbi Yishmael recommends has other benefits in addition to providing a living to support one’s studies. Work in the world and the active engagement with other people that it entails can itself teach us lessons in Torah ethics and spirituality. The culture of work is the field of action in which we actualize the principles of Torah, and many of the commandments and laws and ethical values that comprise the core of Torah are intended to be applied in the workplace. The building that we do in the world builds us and our moral and spiritual character as well, as expressed in the words of the early twentieth century Zionist work song “We have come to the Land to build and to be built in it.”

This itself is the deeper meaning of the Torah concept of “devekut – adherence” – a continual consciousness of God in everything we do, as Moshe Rabbenu says in this week’s Torah portion:

You who adhere to HaShem your God are all alive this day.

So yes, taxis and pizzas and everything we do can be a vehicle for connection with HaShem and deep nourishment of the spirit. 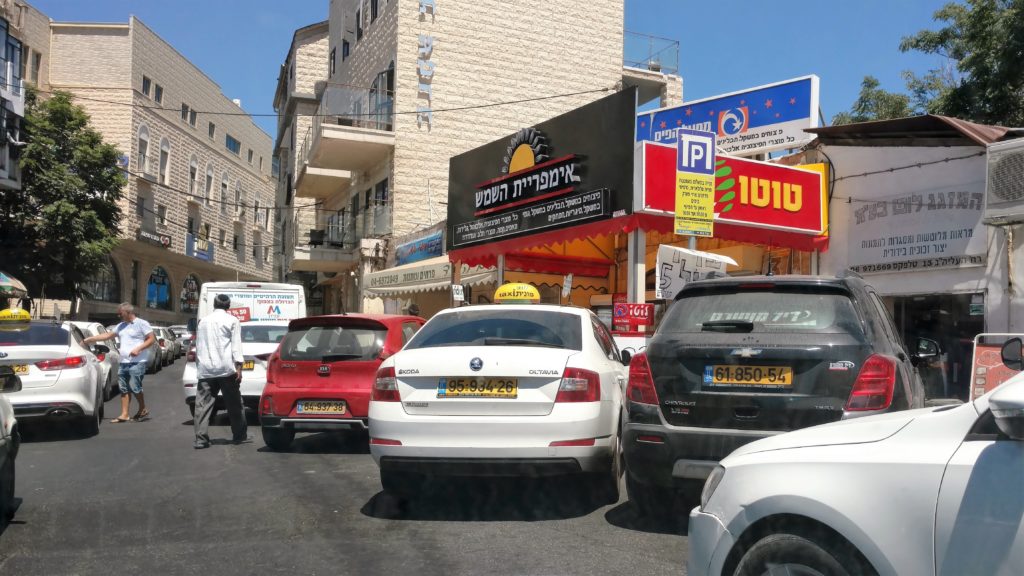 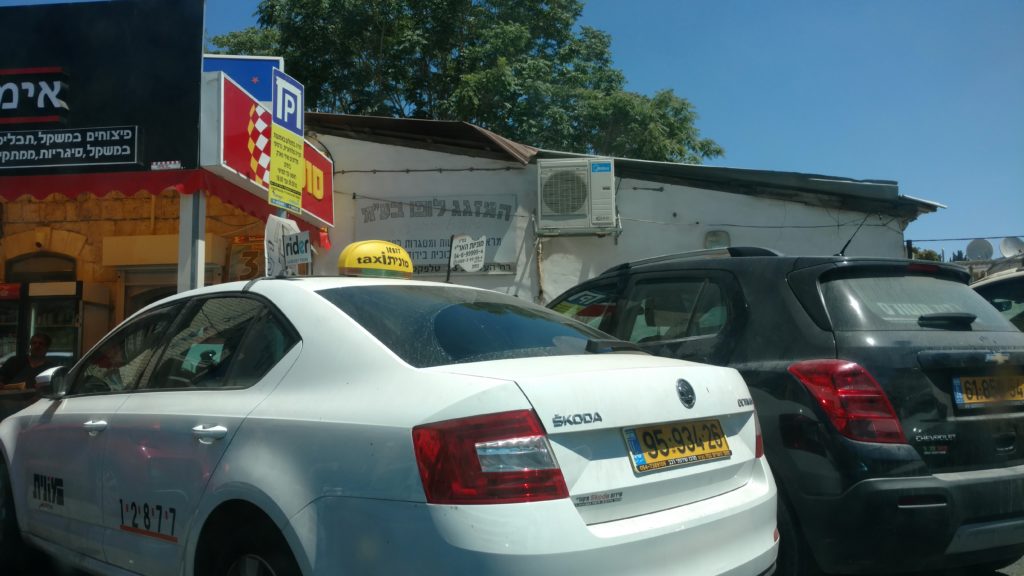 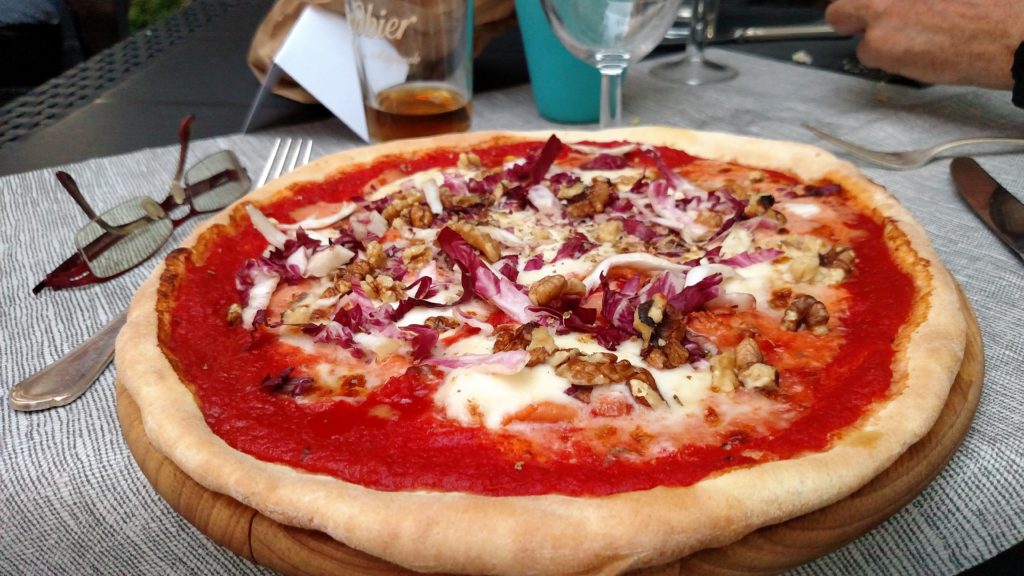