We moved to a new home this week. It’s still in Tzfat, but a different corner of town. Actually, a different mountain, called Har Kena’an, in a suburb of Tzfat.

It was a wild experience living in the Artists’ Quarter this last year. We had wonderful neighbors, met fascinating people and had extraordinary experiences in the old section of Tzfat. We call it our Year of Living Wackily. But when it comes to actually settling down, we’re more country than city folk, and we found a lovely home in a quiet area with views of the Hula Valley and Har Hermon. It’s a more contemplative location and a great place for learning and meditating, be-ezrat HaShem.

Uprooting from neighbors and a neighborhood you have come to love pulls deep feelings from the heart. We said goodbye to elderly neighbors who became good friends. We said goodbye to members of a minyan that welcomed us warmly. Many other friends we will continue to see regularly during the week, but our new home is a bit far from the Old City of Tzfat, down one mountain and up the other, a bit much for a Shabbat walk.

We Jews are a restless people and used to uprooting and moving. For us, the very process of traveling is an opportunity for revelation and awareness, as Moshe reminds Bnei Yisrael in this week’s parshah.

Remember the whole way that HaShem your God brought you these forty years in the wilderness, in order to afflict you and test you to know what is in your heart – will you observe His Mitzvot or not?

Feeling unsettled we are used to. Settling down is something else. Even though we spent thirty-six years in one wonderful community in the States, it always felt temporary underneath. Settling in the Land of Israel, though, is just different. The pull of the Land on your soul runs deep. There is a sense of inner rest, even in this frenetic society. The existential feel of belonging in a Land suffuses the very cells of your body.

Our new home has a bit of land, including olive, lemon, orange and fig trees. Watering these trees for the first time was very moving. And especially this week, the week of Parashat Ekev:

For HaShem your God brings you to a good Land, a Land of streams of water, springs and depths emerging from valleys and mountains. A Land of wheat and barley and grape and fig and pomegranate, a Land of olive oil and date honey. A Land in which you will eat bread not in dearth, you will lack nothing, a Land whose stone are iron and from whose mountains you will quarry copper. And you will eat, and be satisfied and bless HaShem your God on the good Land that He has given you.

Maimonides does not list settling in the Land of Israel as a Mitzvah, neither in Sefer ha-Mitzvot or the Mishneh Torah. Rabbi Yitzhak de Leon Ibn Tzur in his commentary Megillat Esther suggests that Maimonides regarded the Torah commands to conquer and settle the Land to refer to the historical period of the first conquest from the time of Moshe and Yehoshua through its completion under King David. Once Bnei Yisrael were exiled, he holds that the Mitzvah is nullified. But Nachmanides, in his critique of Sefer ha-Mitzvot, lists it as a standing Mitzvah in effect at all times, one of the 613. He himself merited to make Aliyah towards the end of his life, and founded a significant Yeshivah in Acco and a Beit HaKnesset in Jerusalem.

Halakhic issues are not decided according to subjective experience, rather according to tradition and rigorous hermeneutics. But I have to say – to be here sure feels like fulfillment of a Mitzvah. It’s certainly fulfillment of a dream – not just own our, but generations of our ancestors gathering close and sharing this feeling with us and through us. To eat and be satisfied is to absorb the Land within yourself. At the same time, you feel yourself being absorbed by the Land. It’s a visceral gratefulness to HaShem we feel, in every fiber our being. 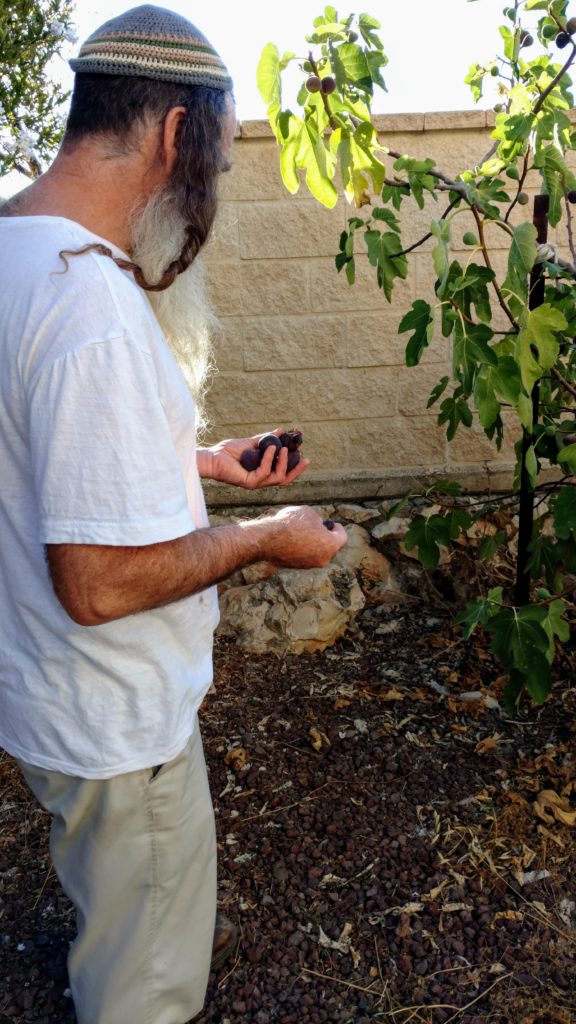 Our friend taking terumot and ma’aserot before eating some of our figs! 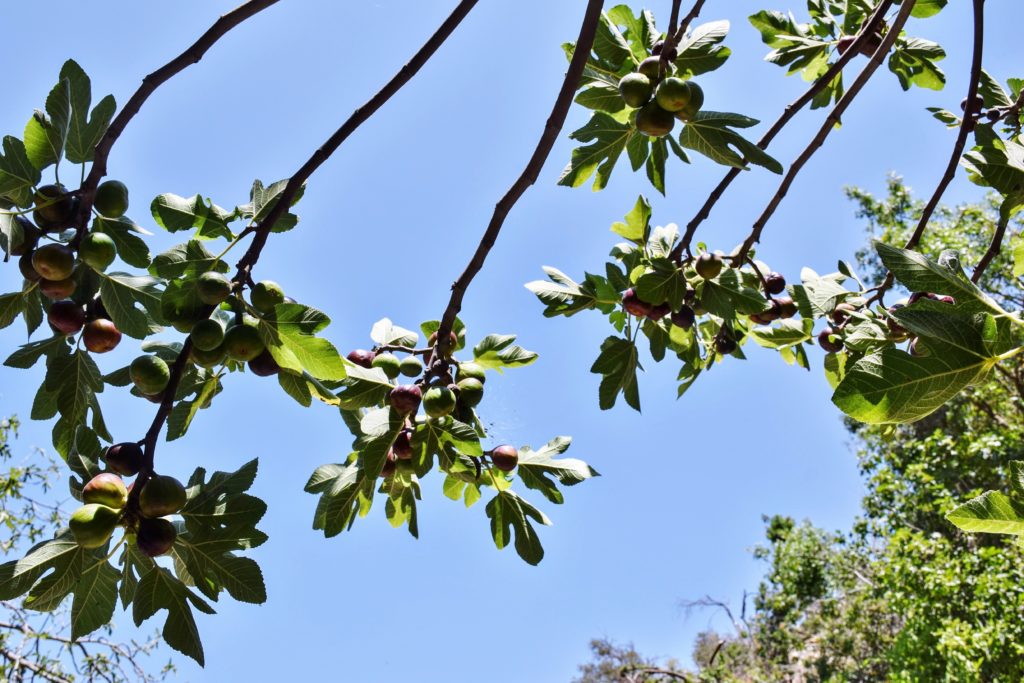