Rav Yehudah says: “A person who wants to be righteous should uphold the laws against causing harm (Baba Kama 30a).”

In the Talmud these laws are gathered into the Order of Nezikin – tractates expounding the laws against causing damages. These tractates are some of the most scholarly of the Gemara, analyzing in precise detail the multitude of ways a person or their property might cause harm to others or their property, how to avoid it, and how to compensate if harm is done. It is this Order of the Talmud that has formed the core curriculum of all traditional yeshivot from the Talmudic period to our day. Every worthy yeshivah student should be well-versed in these halakhot. You can guess where I’m going with this.

This area of halakhah lays out a profound vision of human responsibility. One of the central principles, stated in the Mishnah Baba Kama, is:

A human being is always forewarned [to avoid harming others], whether unintentionally or intentionally, whether awake or asleep.

The Gemara Baba Kama says specifically that harm that must be avoided includes not only direct injury a person might do if their body makes forceful contact with the body of another person, but harm that comes to others by items a person sets in motion, including, says the Gemara, droplets of mucus discharged from the mouth or nose (Baba Kama 3b).

Maimonides, in his magisterial code of Torah law Mishneh Torah,  in the section “Laws of Murder and Protection of Life,” notes that rabbinic law emphasizes our responsibility to be exceedingly careful to avoid harming others as well as ourselves:

Maimonides, Laws of Murder and Protection of Life, 11:5

The Sages prohibited many things because they endanger life, and anyone who transgresses them saying “I will endanger myself, and what do others have to do with me,” or “I don’t care about this,” receives lashes due to rebellion.

Among the list of such dangers is careless behavior that contracts and spreads disease. We don’t give lashes anymore, but HaShem has other ways to drive home the lesson that there are consequences to irresponsible behavior.

Yeshivah-centered communities who study these halakhot properly should be in the forefront in our struggle against the current pandemic, setting positive examples and helping us all, with self-discipline and resourcefulness, to protect each other and guard each other’s lives and health — and there are some such virtuous communities. If there are yeshivah-centered communities that are actively spreading disease, ignoring and rejecting the reasonable health guidelines of wearing masks and maintaining distance, if there are some among them who are rioting, burning property, throwing rocks at police trying to help them, creating mayhem and endangering others and themselves, whatever their rabbis think they are teaching, whatever they think they are learning, it is not Torah. If rabbinic leaders of such communities would say wearing a mask is a mitzvah just as wearing tzitzit is a mitzvah, which it is, coming under the halakhic categories of guarding one’s own health and preventing harm to the lives and health of others, you can be sure everyone would be wearing one. These are people who are used to wearing layer upon layer of heavy clothing and hats all year long – why not a little mask? — it could even be black.

At the end of our parashah, when Moshe establishes the covenant of Torah with Am Yisrael, the people respond unanimously: “all that HaShem says –  we shall do and we shall hear (Ex .24:7 — twenty-four:seven),” in the sense of we shall do and we shall understand. In the Gemara Shabbat 88a, Rabbi Eleazar says “when Israel said “we shall do” before saying “we shall hear,” a heavenly echo came forth and said “who revealed to My children this secret that the ministering angels use? As it says “bless HaShem, His angels, powerfully strong, who do His Word, to hear the voice of His Word – first doing and then listening.” In the Torah vision of human responsibility, properly fulfilled and upheld, we each become like a guardian angel of the world, doing HaShem’s Word, caring for each other, protecting each other, helping each other. These laws of personal and communal responsibility are the glory of Torah, laying out an ethical vision of human care and compassion and solidarity that our suffering world needs so desperately right now in the midst of the pandemic. HaShem promises us that by upholding the laws of Torah we will be a “kingdom of priests and a holy nation  (Ex. 19:6),” and promises us that we will be a “light of the nations (Is. 42:6; 49:6).” May we all work together to live up to these promises. 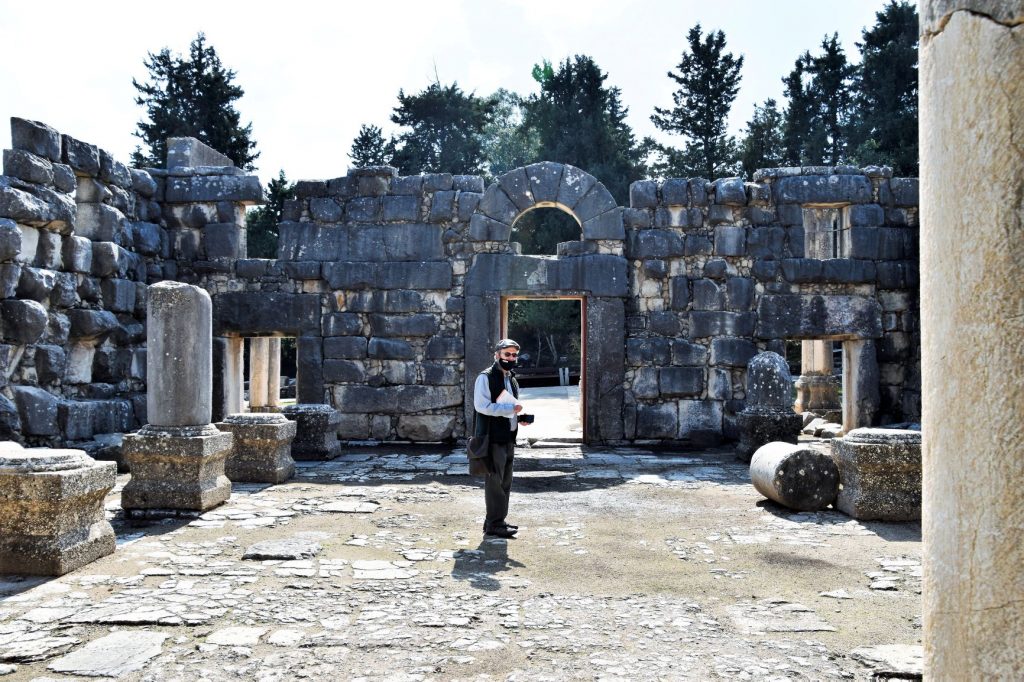 One thought on “We, the Guardian Angels”