During this month of Elul we try to work on ourselves and our relationships with God and with each other in preparation for Rosh HaShanah. According to Rabbi David Abudarham (Abudarham, Tefillat Rosh HaShanah, ch. 1) the key theme of the month is expressed in the verse in Song of Songs:

The connection of this verse to this month is derived formally by an interpretive method called “first letters”: the first letters of these four words spell “ELUL.” But this is also the essential thematic meaning of this month: a repair of our intimate relations with God and with each other, to recognize and reaffirm our solidarity and unity.

In the world right now relationships are urgently in need of repair. The social fabric and social contract is ripping all around. Terrible violence against women, terrible violence against racial, ethnic and religious groups, violent protests against violence, continuing irresponsible behavior on the part of self-centered people, religious and secular, exposing others to the debilitating and life-threatening pandemic – and these offenses are occurring in the more stable societies. In many places around the world there’s just outright horrific war.

On Rosh HaShanah all people of the world pass before Him like sheep, as it says “He created their hearts as one, He understands all the consequences of their actions (Ps. 33:15).”

Some theorists of what’s called “panpsychism” look to identify consciousness as a universal quality pervading all of reality,  in individual entities such as atomic particles and on up the scale of magnitude. What is described as action as a distance on the subatomic level is the primary evidence for consciousness: photons and electrons have been shown to react instantly to other photons and electrons at a distance, what Einstein called “spooky action.” Their theoretical starting point is that consciousness must be an aspect of every individual entity. But rather than beginning with individual particles, it could be that the continuum is not just a spatial connection between individuals, but a whole in which wholeness is “instantaneous” at all distances, in which individuals participate. It could be that consciousness is inherently, a priori, collective. Theories of resonance as a feature of consciousness would come closer to this notion – that consciousness is rooted in the already-connectedness of all substances and entities of the universe, which facilitates “instantaneous” adaptive responses of all elements of the whole, resonance, not limited to the speed of photons. Instantaneity is a way of expressing already-connectedness. All consciousness is a form of instant communication, what’s called mutual information response. This would be a feature, perhaps, of the unitive space-time continuum, and even beyond it. The Zohar (1:15) and current astrophysics agree that the universe is an expansion from a single point. And not that it is expanding in space: the space continuum is itself expanding. If so, the original singularity may remain a feature of the universe even in its expansion and complex articulation into individuals, and collective consciousness remains the connective underlying substrate that binds all together.

There is urgency to this Elul. In this time of mounting threats all around, in this month of repair, we each and all need to realize that I am for you and you are for me in heartfelt care for each other. We are literally all in this together. And as we gather together in solidarity and mutual care, to realize that we are for God and God is for us: may He grant us all a New Year of blessing for peace, health and unity. 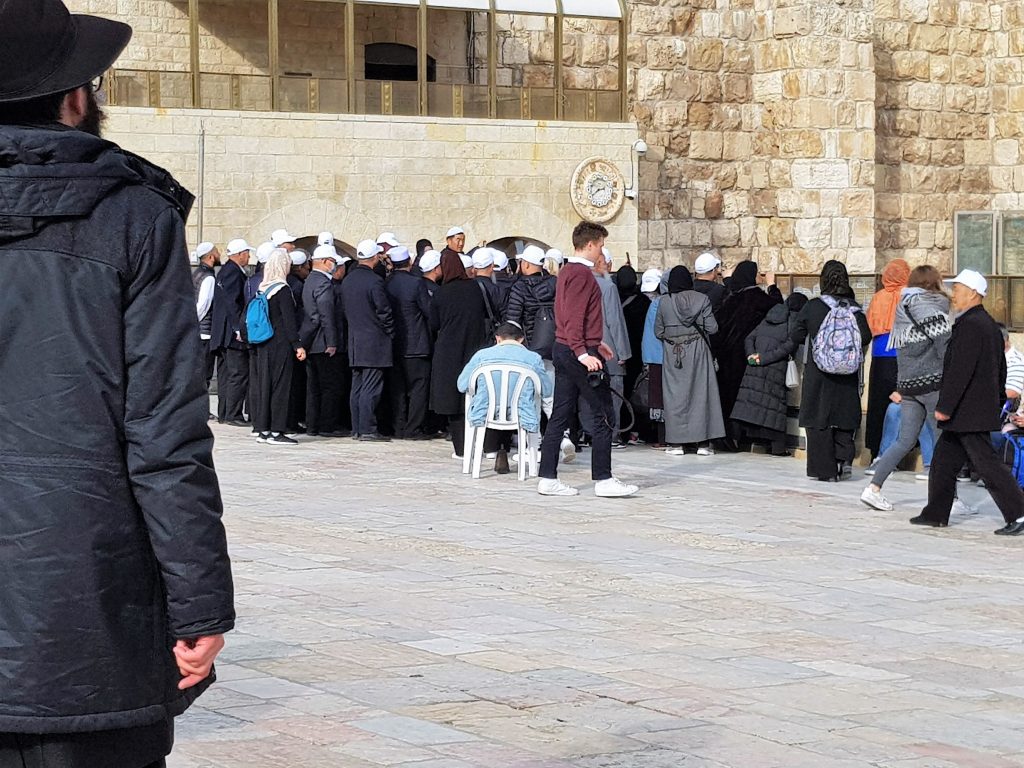