Our travels in the States have included excursions with children and grandchildren to some of the iconic mountains, valleys and forests for which America is renowned. Well, maybe I shouldn’t call them iconic – one of the main themes of this week’s parashah is the prohibition of idolatry, warning us against the practices of the Canaanites who would place idols on

the high mountains and on the hills and under every fresh tree:

Rabbi Shimshon Rafael Hirsch explains the connection between the majesty of nature and idolatrous worship:

High mountains are the physical “matriarchs” of the life of the world. They draw and increase atmospheric moisture and direct it to the lowlands that need irrigation. Similarly they draw electricity from the clouds. Perhaps there is a close relationship between “הרר” ו”הרה“, mountains and pregnancy… mountains are called   הרים because they conceive and give birth to life of the earth. Hills bring down the heights for the needs of mankind and conduct irrigation – with hills begin the land of mankind… A fresh tree is a tree that is green all year, granting beauty that persists continually. In these places the power of nature is revealed in its abundant might, and therefore idolatrous worship chose them for the purpose of serving their deities.

But in fact, as Rabbi Yosi bar Yehudah explains in the Gemara Avodah Zarah (45b), mountains and hills and naturally-growing trees cannot, in themselves, be tainted by idolatry. Idolatry is the illusory attempt to reduce God to human level, human grasp and human utility – mankind as the measure of all things. Only what is under the control of the hand of man can become idolatrous, such as statues erected in such natural locations – and it is such statues and related objects that the Torah commands us to destroy. But mountains and hills and natural trees transcend human control. In fact, they can help lift the human spirit to the truly transcendent.

In Massachusetts we visited Walden Pond, a modest lake in a modest forest, made famous by Henry David Thoreau. We walked around the lake on a beautiful summer day, and visited the site of the tidy little cabin he built to experience the seasons of the woods for two years, two months and two days. Today I have to admit that I find Walden, and Thoreau, overly self-absorbed, but back in high school his book opened my mind and heart, especially his call to get out into nature to get in touch with life itself:

I went to the woods because I wished to live deliberately, to front only the essential facts of life, and see if I could not learn what it had to teach, and not, when I came to die, discover that I had not lived. 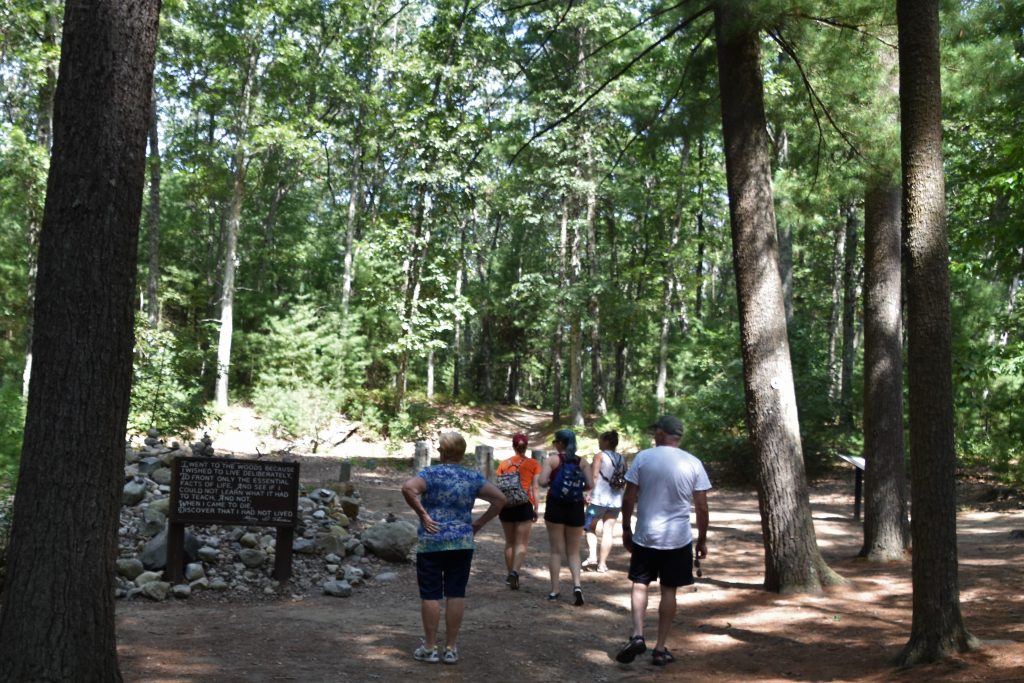 In California we visited the far more dramatic Yosemite National Park, where the scale and power of the natural world is breathtaking. From the top of Glacier Point we looked out over the High Sierras, with majestic mountains and still-pristine wilderness, deep valleys, waterfalls, rivers and forests as far as you can see. At the southern end of the park we marveled at the mighty Sequoias, the most massive and ancient living creatures in the world, some well over two thousand years old. They can reach over 300 feet high, and though the more slender Redwoods can grow a bit taller, the combined girth and height of the Sequoias is just astounding. There is just one Sequoia you are permitted to touch – and this ancient living being crackles with deep flowing energy.

The Yosemite wilderness inspired naturalist John Muir to persuade President Teddy Roosevelt to declare it and over 200 other wilderness areas to be protected national parks, preserving these precious regions for their own sake and to be appreciated by future generations. Muir expresses the bracing impact of our human encounter with nature: “as long as I live, I’ll hear waterfalls and birds and wind sing. I’ll interpret the rocks, learn the language of flood, storm and the avalanche. I’ll acquaint myself with the glaciers and wild gardens and get as near the heart of the world as I can.” And as we traveled around Yosemite we found the people we met also deeply moved in their own ways. Everyone was cheerful and helpful and considerate – sharing a sense of wonder.

And of course here and there we heard Hebrew and connected with fellow Israelis. One couple we met at Glacier Point was on their honeymoon. As we chatted and gazed out together at the wild expanse and immense mountains like Half Dome and El Capitan, both husband and wife remarked that as impressive as the view is, what touches their heart is the Land of Israel. We understood and agreed. They did not mean this in a parochial way. Half Dome and El Capitan are awesome mountains. Mount Hermon, our one mountain over seven thousand feet, is beloved. The Yosemite wilderness inspires awe. The Golan and Galil, the Shomron, the Judean mountains, the Negev inspire love. The natural world that is on mighty display in Yosemite expands the mind and brings us “as close to the heart of the world” as we can get. We appreciate this blessing deeply. The Land of Israel expands our hearts, elevates us and brings us closer to the very source of blessing. This Land is not your land, this Land is not my land, this Land’s not made for you and me. Mankind is not the measure. It’s God’s Land, a loving gift and a privilege that elevates us to our higher and most expansive selves. 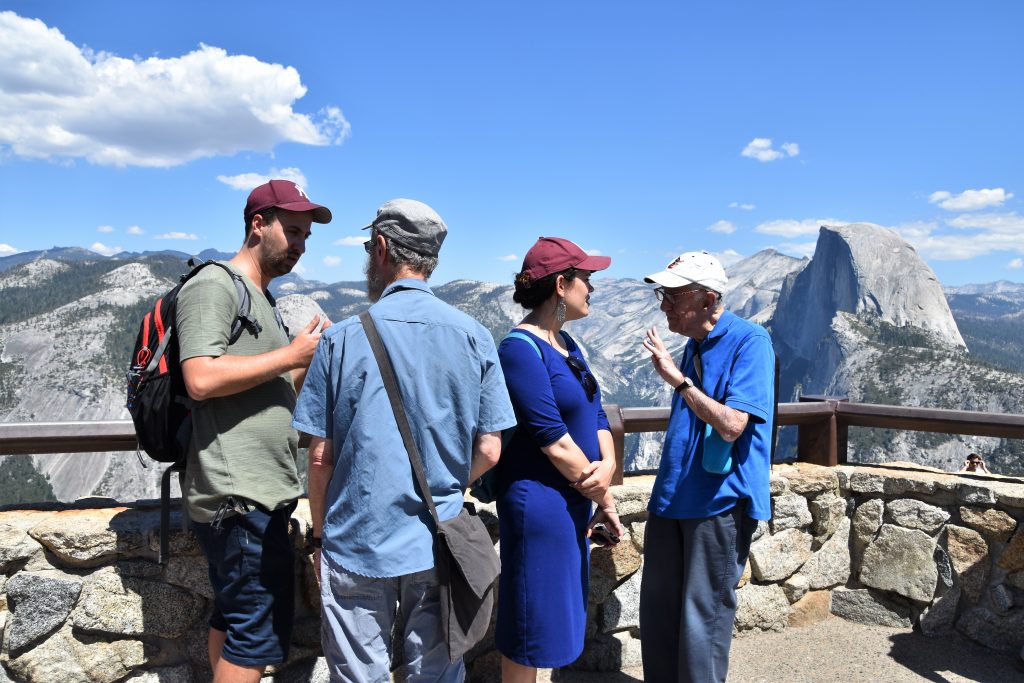 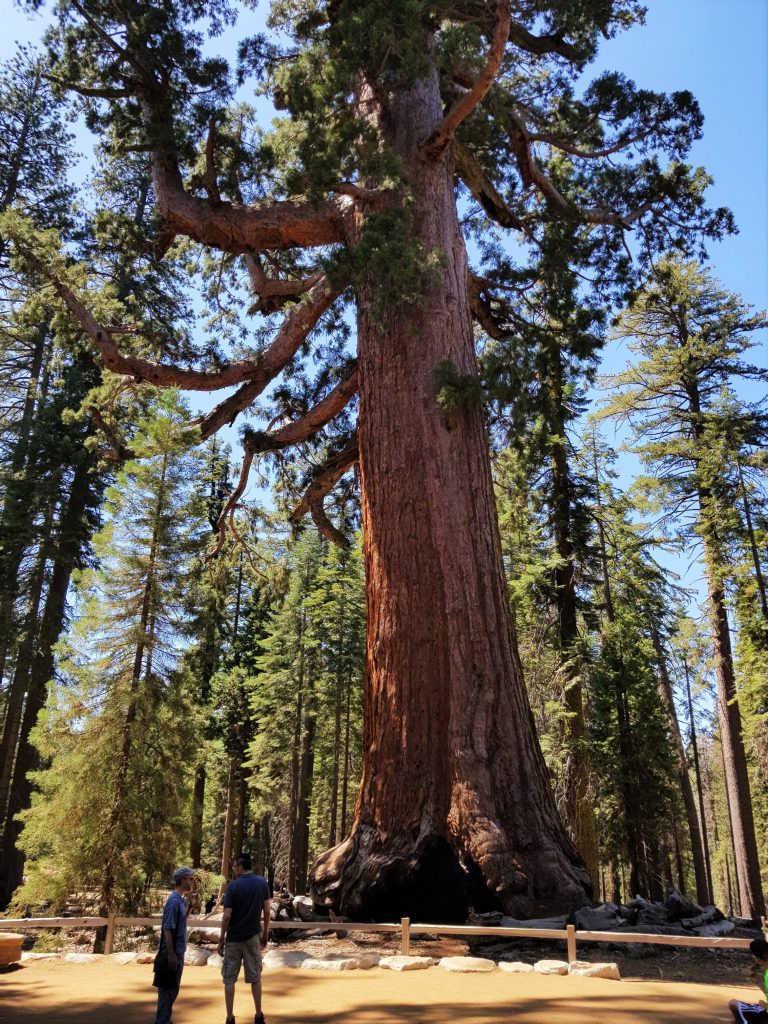 One thought on “The Heart of the World”