To register, please fill out this Google form.

We are in the midst of a war of words as well as a war of weapons and murderous riots. The missiles from Gaza, the violence from Palestinians in the territories and the violence from some groups of Israeli Muslims are fueled by religious and political narratives. Among Muslims, Israelis are depicted as colonial usurpers whose state is an insult to the Dar al-Islam, the region conquered by the Muslim armies of Arabia in the seventh and eighth centuries, and a threat to the power and veracity of Islam that, according to a late tradition, is supposed to guarantee sole Muslim control of this region in perpetuity. Palestinians also try to link their political and military cause with the religious value of defending a Muslim holy place, ignoring or denying the millennial Israelite history of that place. When Muslims try to enlist Western support for their cause they frame the narrative as the dispossession of an indigenous people, conveniently ignoring the Muslim conquest that came after two millennia of Israelite presence in the Land of Israel. Western Europeans, Eastern Europeans, Americans also have their religious and political narratives for the Israel-Palestinian conflict. And Israelis ourselves have our own Zionist, secular and anti-Zionist narratives.

Scholars engaged in the study of conflict resolution note the central role of framing narratives in shaping and reinforcing national, ethnic and religious identity, and inciting and maintaining enmity among opposing groups. Effective reconciliation requires coming to terms with these competing narratives, especially difficult because they are so deeply rooted in group identity. Any hope for peace among us all will have to address the words as well as the weapons.

But there can be a certain malleability in narratives. For instance, if you come home at the end of a day and your significant other asks “how was your day, dear?” you will construct a story that leaves out most of the complex, nuanced and inconclusive moments and highlights a few events that you string together in a linear sequence to express the overall tone and meaning of your day. The selectivity of a narrative is its strength and its weakness. By streamlining details it gives a clear vision of meaning, but it’s not fully accurate or true. Yet recognizing the selectivity of our story-telling also allows us to shape the story in different ways to highlight different meanings. This applies on communal and national levels as well.

We can find an example of the flexibility of narrative in our parashah. The last half of the parashah recounts the dedication of the altar of the Mishkan by the presentation of gifts by the princes of the twelve tribes, each tribal prince assigned one day, day after day, for twelve days. The gifts of each prince –  a silver dish, a silver bowl, each filled with meal offerings, a golden spoon with incense, and one bull, two oxen, six rams, five he-goats, one kid goat, and six lambs –  are identical and the Torah, which is usually very economical, could have provided a quick summary of the ceremony. Yet the Torah repeats the full description of all the gifts of each tribal prince in detail, twelve times.

Midrash Rabbah on this passage is quite creative: for each tribe it gives a different allegorical meaning for each of the gifts and their quantities based on the tradition of each tribe of its past history and the key events that will happen to it, up to the days of the Mashiach. The gifts are identical, but the midrashic narratives that coalesce around those gifts are all different. The Ramban suggests that each tribe came up with those precise offerings independently, based on their intention to symbolically represent the details and values of their unique history and tradition – yet all the offerings ended up being identical. The same facts represented entirely different allegories. He learns from this that though each tribe had a different narrative, it all led, by different paths, to a commonality and equality of gifts and a unity of hearts in the shared project of generous giving.

Narrative flexibility is also found the Talmudic tradition. In the Torah the arch-enemy of Israel is the tribe of Amalek, first to attack the Israelites on their journey out of Egypt, and harassing Israel throughout biblical history. The genocidal threat to Israel during the Persian exile, recounted in the Book of Esther, was fomented by the king’s advisor Haman, called ha-Agagi – a descendant of Amalek. There is a line of midrashic and rabbinic thought that designates implacable enemies of Israel as descendants of Amalek and reinforces our unwavering opposition to them. Yet our Talmudic tradition also includes a remarkable statement with regard to Haman and other historical archenemies of the Jewish people. In the Gemara Sanhedrin (96b) it says:

Nevuzradan was the Babylonian general responsible for the destruction of the First Temple. Sisera was a field commander for a hostile Canaanite king. Sennacheriv was the hostile king of Assyria and Babylonia. The point of this passage is that even our worst enemies or their descendants can change for the good and should never be written off as hopelessly evil. It’s not just that some good can come from enemies, but that they can become contributing members of Israel in the preeminent rabbinic centers of Jerusalem and Bnei Berak. Rabbi Ovadiah Yosef commented in a responsum addressing this dictum: “even from the descendants of the wicked Amalek, may his name and memory be erased, may come holy offspring (Yabia Omer, 8, HM 10).”

So when it comes to dealing with implacable enemies, as we are today, the historical precedents of our tradition provide some flexibility in how we can choose to relate to them, if we have the will to use them. Most mature religious traditions preserve a range of values, if you know where to look and have the will to look. For instance, the Gemara Baba Batra (16b) brings a tradition that Yishmael, progenitor of the Arab nations, reconciled with Yitzhak during Avraham’s lifetime, based on a verse, Gen. 25:9, that indicates that Yishmael gave precedence and honor to his younger brother. On the Muslim side, while a relatively late Islamic tradition defends the principle of the inviolable Dar al-Islam, the Koran itself, in one of its most famous passages, called “the Night Journey,” affirms and endorses the peaceful return of the Children of Israel to the Land of Israel: “And thereafter We said to the Children of Israel: ‘Dwell securely in the Promised Land.’ And when the last warning will come to pass, We will gather you together in a mingled crowd (Koran, Sura 17:104).” Religious historical narratives have some wiggle room, if you have the will to wiggle.

We are dealing right now with enemies with cruelly ruthless leaders and hot-headed followers who use indiscriminate violence to try to get their way. Most disheartening is that they have infected and incited groups of Israeli citizens with their violent behavior. Rioting and murderous mayhem by some Israeli Muslims and counter-rioting by Jewish extremists has undermined decades of work on coexistence and cooperation. At this point, real reconciliation seems far off. But if cooler heads and warmer, more generous hearts can prevail, and we have the will to recognize shared values, it could be, with God’s help, that we can find authentic precedent and encouragement from within our traditions to work together and thrive together in this Land we love. 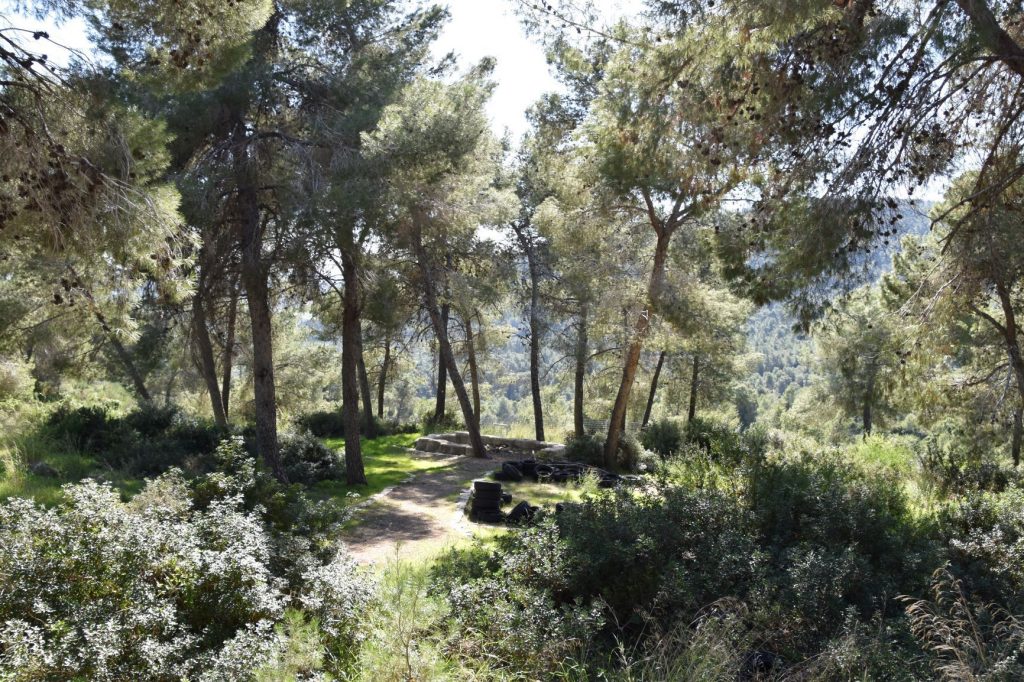