To register, please fill out this Google form.

This week’s parashah contains one of the most spiritually generous moments in Torah.

Moshe Rabbenu asks for assistance in leading the rambunctious nation. HaShem suggests he gather seventy elders to the Mishkan, where He will grant Moshe a prophetic experience that will be transmitted telepathically from Moshe to the elders, giving them an indirect, momentary taste of prophecy, to elevate their minds and help them become effective leaders. But two of the elders, Eldad and Medad, humbly decline the invitation and remain in the camp. Yet they, too, receive prophetic experience. According to Rabbi Shimon bar Yochai in the Gemara Sanhedrin (17a), theirs was a direct experience from HaShem, and further, they retained their prophetic awareness permanently and prophesied on their own in the camp.

Yehoshua, Moshe’s apprentice, is alarmed that these two outliers are prophesying on their own, and appeals to Moshe to silence them. Moshe responds:

And Moshe said to him: “are you jealous on my account? Would that it were that HaShem grant the whole nation to be prophets, that HaShem place His Spirit upon them.”

The attitude of the Talmudic tradition to Eldad and Medad is likewise positive – they earned their own personal prophetic relationship with HaShem through their righteous humility and wisdom, so their prophecy was of a higher order than the momentary glimpse afforded to the other elders. The fond wish of parents is that their children be even happier and wiser and more accomplished than they are. That’s nachas – and this was Moshe’s feeling for Eldad and Medad and all of the Children of Israel.

It’s a generous sentiment, but this incident also raises questions about the relationship between spiritual creativity and communal authority, between freedom and conformity. Yehoshua is concerned about the threat of political anarchy. The prophetic moment of the other elders was channeled through Moshe, so it seemed safely managed, while the enduring prophecies of Eldad and Medad were outside of Moshe’s control. What happens to the unified system of Torah, which has legal as well as spiritual dimensions, if others exercise the gift of prophecy freely and independently? But what happens to the truth of Torah if it is controlled and restricted by political authority?

The struggle between individual creative freedom and conformity plays out in many social and political contexts. Some political movements start out as the effort of disenfranchised groups to free themselves from the controlling power of entrenched groups, yet end up just imposing other forms of conformity and groupthink, replacing one form of oppression with another. Totalitarian communism replacing czarist monarchy is one of the more obvious examples. But there are more subtle contemporary examples. The gender relativity movement may have started out to provide tolerant space in society for those individuals whose biological drives did not fall neatly into the socially prevailing male and female roles, but it has transformed into a strident, intolerant movement demanding conformity to its values, castigating those who don’t play along. A highly justified and long overdue movement to combat vicious racism in America has morphed into a movement that entrenches and inflames other forms of racism and discrimination. Movements that began by trying to empower those whose religious or ethnic identities were disenfranchised in Western societies have been hijacked by partisan political groups that impose their own narrow values and narratives and enforce a vicious groupthink used to oppress and attack other religious and ethnic groups. The Palestinian co-opting of leftist ideology on college campuses, in the media and in political parties in order to bully Jews and supporters of Israel, and the willing complicity of many leftist collaborators, is such an example. Ethical movements that may have started out championing respect for the individual and the disenfranchised, but get seduced by power and devolve into mere political groups losing sight of higher ethical principles, are vulnerable to this kind of subversion.

This dynamic occurs in some Torah communities as well. Some groups enforce a strict groupthink that limits freedom of thought and access to knowledge in the attempt to maintain a uniform practice of halakhah, in the belief that this honors the integrity of Torah. The Rambam explains that when it comes to halakhic matters that regulate social relations, the acceptance of legal consensus is necessary, and prophets are not permitted to amend any aspect of halakhah (Guide of the Perplexed, 2:40; Yesodei HaTorah 9:1). But in matters of spiritual investigation and spiritual expression he, himself, endorsed and modelled courageous creative freedom of thought (Guide of the Perplexed, 3:15, and throughout). Enforced extreme conformity to non-halakhic opinion is merely about political power and social acceptance. It obscures the truth of Torah, distorts Torah values, stifles spiritual, moral and intellectual growth and diminishes life.

When Rebbe Mordechai Lekhovitz, z”l, passed away, his son Rebbe Noach assumed leadership of their hassidic group. But the hassidim noticed that in matters of custom Rebbe Noach conducted himself differently than his revered father in a number of ways, and they challenged him on it. Rebbe Noach responded: “I do just as my father did. He did not imitate, and I do not imitate.”

Rebbe Kalonymus Kalmish Epstein in his Torah commentary Maor vaShemesh says that even though kabbalah is often considered a secret doctrine reserved for a rabbinic elite, “ סוד ד’ ליראיו – the secret of HaShem is for those who fear Him,” in truth, kabbalah is not a secret of God. It’s a fairly rational system, adequately described in numerous books, and if you apply yourself you can learn the system. It’s no secret. So he asks:

But what is a secret that is impossible to reveal to any other person? It is “the secret of HaShem  (Ps. 25:14),” that is, the essence of God’s divinity, that He was, is and will be and that He is the root and source of all the worlds. This is impossible to reveal to any person, and each person thinks for himself to try to comprehend divinity according to his intellect and the thoughts of his heart. The more a person purifies himself and exerts himself with many exertions to comprehend, he will comprehend with his purified mind more and more. And what his mind grasps of His divinity, blessed be He, is impossible to reveal to any other person, that is, what is in the depths of his heart and mind. Though it’s possible to speak to others and convey to their hearts the existence of His divinity and reverence for Him, blessed be His Name, nonetheless, all the hidden depths of one’s heart are impossible to reveal, as is known to all who have entered the realm of divine service in truth. Therefore it is called a secret…

Yehoshua’s concern about social and political anarchy in halakhah was legitimate. But Moshe recognized that HaShem Himself granted prophecy to Eldad and Medad – a deeply personal, intimate spiritual experience between God and each of them. He reminds Yehoshua that Torah is not just a social, legal, political system demanding conformity to a narrow, rigid ideology. It is God’s truth, God Who is Infinite, God Who empowers every one of His children to learn to flourish as a creative, spiritually aware human being. That’s nachas. 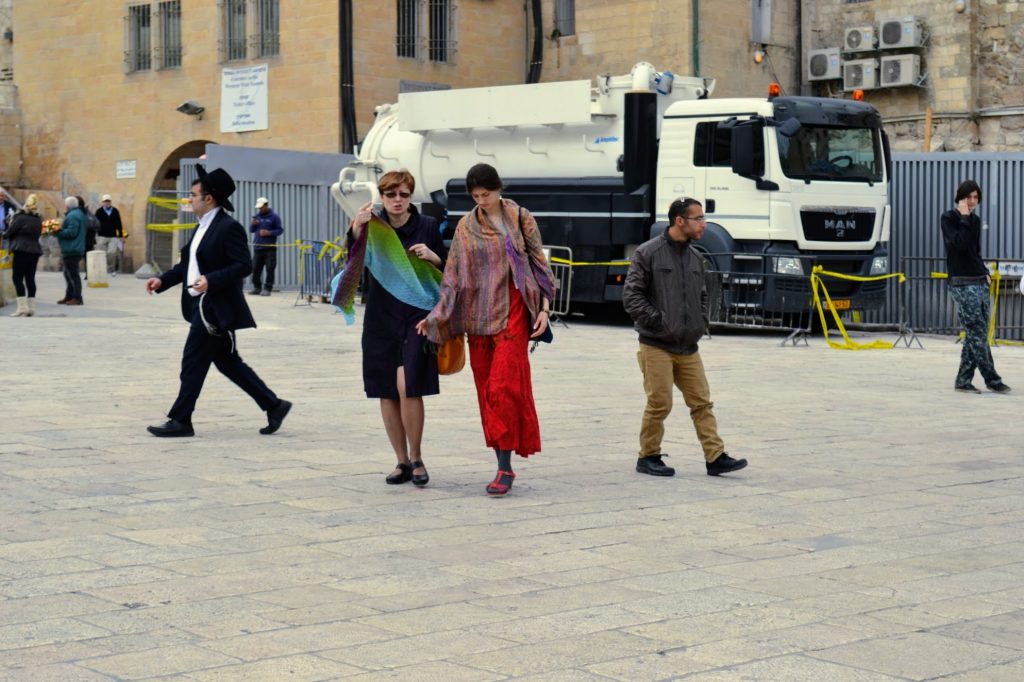