I’m grateful to have permission to relate the following story in accurate but sufficiently vague terms to protect confidentiality.

A friend was hospitalized recently for several days of observation for a heart condition that thankfully turned out to be not life-threatening. The hospital room he was placed in was a double, and the patient in the other bed was suffering from an acute form of the same condition. In fact, not long after our friend arrived, his roommate had a cardiac arrest, triggering a Code Blue, and was resuscitated by alert and skilled medical staff. When things settled down, our friend got talking with the other patient, who confided that he was constantly anxious because could sense when a cardiac episode was coming on, which sent his anxiety through the roof, which aggravated his heart condition even further and brought on the episode even more quickly and surely. Because of this, the man felt trapped in a deadly circle that was inexorably closing in on him.  Our friend then asked if the man would like to learn a technique that might help him relax if he felt an episode coming on. No guarantees, but at least this technique might calm him enough and slow things down so he could take necessary steps to help himself, such as pressing the emergency button if he needed to.  The other man was game, and so our friend, over the course of the several days both were hospitalized together, taught his roommate a basic meditation technique he had learned, Hashkatah, Quieting, the meditation practice of Rabbi Kalonymus Kalmish Shapira, the Piaseczno Rebbe, to quiet his thoughts and calm his emotions. They practiced together over and over. A sense of calm began to come over the man, and he said he felt more alive and well than he had in a long time. He was a devoutly religious Christian, so our friend suggested that a calm emotional and mental state would enable him to feel and trust God’s care for him – and the man acknowledged that he could now really feel that. At the end of our friend’s stay, the other man’s cardiologists came in to the room to see their patient and said “we don’t know what’s going on, but your heart rate has become rock solid stable. You can be discharged.” The man said to our friend that this was the first time in a long time that he didn’t feel like a piece of meat in the hands of others, but rather felt empowered to contribute to his own health. And he suggested that our friend, whose own condition turned out to be mild, requiring no treatment, was perhaps brought to the hospital to offer this help. Our friend acknowledged he was wondering the very same thing.

This week’s parashah presents three righteous people: Noach at the beginning, Avraham and Sarah at the end. Noach is introduced with a verse that can be interpreted in two different ways:

These are the generations of Noach: Noach, a righteous man, was whole in his generations, Noach walked with God.

In the Gemara Sanhedrin, there is a dispute over how to read the qualifier “in his generations:”

Noach walked with God, meaning to say that all his righteousness was only from him to God, in his house, behind his walls, and he did not go out to save his people, to teach them to know God as Avraham did. Therefore, someone who gives merit to the other, like Avraham, saves the other by his own merit, like the incident “and God remembered Avraham and sent Lot forth from the midst of the catastrophe.” But Noach, who walked with God only between himself and his Creator, only saved himself.

As Rabbi Alsheikh indicates, Noach was given one hundred and twenty years to build the Ark, yet there is no evidence he ever tried to defend his contemporaries to God, or tried to nullify the decree, or help educate his contemporaries and improve their moral standing. He didn’t reach out to help others. His righteousness was just private personal piety, with no power to save others. By contrast, Avraham and Sarah were all about reaching out to others around them, all others, alert to their needs and offering moral instruction and spiritual guidance or praying to HaShem on their behalf. Their righteousness continued, and continues, to bear fruit.

Rabbi Yaakov Leiner of Iszbicz, in his Beit Yaakov, says: “in every situation, at all times, a person needs to look towards HaShem and ask what His Will is in this moment (Bereshit, Vayechi, 229).” His point is that at all times we need to assess the situation in which we find ourselves, look around, see with our soul and feel with our heart, to find out who it is we are here to help and how we can help them. This is a contemplative practice itself, not for relaxation but for alert wakefulness at all times. And this is exactly what our friend did in the hospital. Rather than circling emotional wagons in self-absorption, as people often do when their health is threatened, our friend reached out to another struggling, suffering, frightened human being, sharing a life-saving lesson and helping to restore his well-being, his sense of self-worth and his sense of connection with God. That’s good human work! This is the way of Avraham and Sarah and their descendants, the true quality of righteousness that Torah and our Jewish tradition encourage us to pursue, and that continues to bestow blessing endlessly. 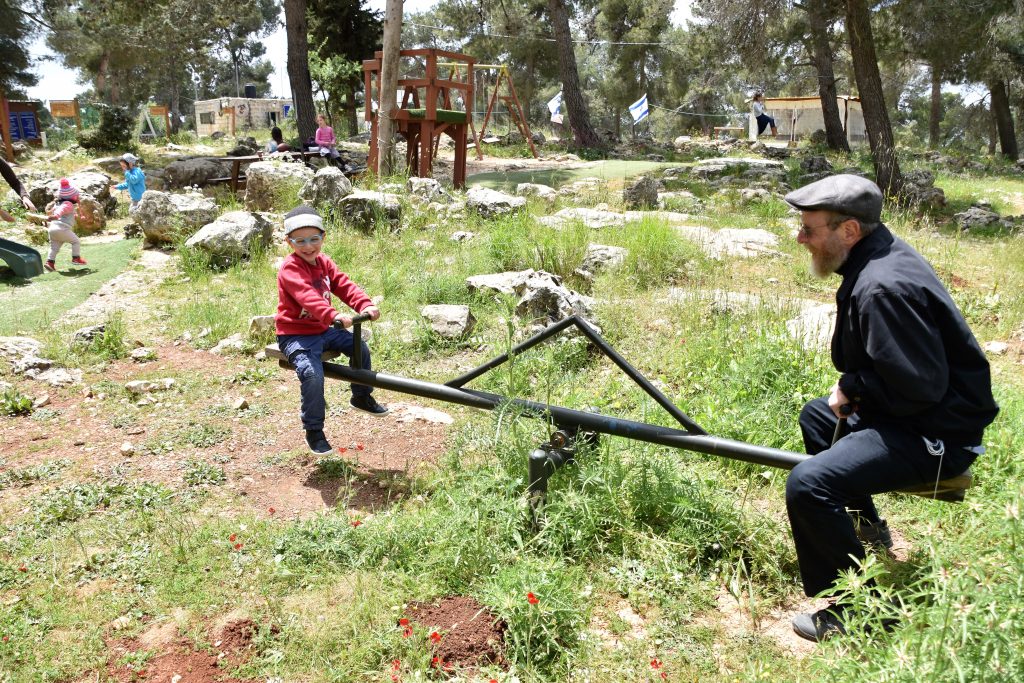 One thought on “Hear to Heart”