I joined some friends this past week to celebrate the combined Yom Tov of Shemini Atzeret and Simchat Torah at the Beit HaKnesset HaTzaddik HaLavan – the Synagogue of the White Tzaddik, also known as Rabbi Yosi Bana’ah. It’s one of the three oldest synagogues in Tzfat, used by the great Torah community of the sixteenth century and on to this day. When the rabbis of Tzfat made their attempt to renew full, official semikhah (rabbinic ordination, that had lapsed since the fourth century C.E.) in 1538, the ceremony to grant the first renewed semikhah to Rabbi Yaakov Berav took place here. It’s relatively spacious yet intimate, with a colorful, folksy charm, but it’s hidden away, so you won’t find it on any of the standard tours of Tzfat. Its membership is small and deeply committed, and very warm and welcoming.

For the last four hundred years the Shababo family have been the caretakers and leaders of the synagogue. They have resisted enticements to put the synagogue under municipal control and get state funding, preferring to maintain independence and a low profile. This long, continuous family history also means that they have preserved customs that go back sixteen generations as well. On Simchat Torah, as we danced enthusiastically with ancient sifrei Torah around the high central bimah, the songs they sang I have not heard anywhere else. They have words and haunting melody lines and wild rhythms with a raw power that sweeps you up – you sense Sephardic, North African and Middle Eastern folk elements from a time before musicians of the Baroque period structured and tamed Western music. Leading the dancing were three generations of Shababos – the elder Rav Yosef, his twenty-to-thirty-something sons and his young grandsons. It was heartwarming to watch the way Rav Yosef sang and then passed the singing to his sons, and his sons to their sons. Each generation honored the traditional songs, but also gave them their own flavor, a combination of tradition and innovative improvisation.

This weaving of ancient structure with new interpretation also reflects how we approach Torah. It’s noteworthy that we do not complete the year-long weekly public reading of the Torah on a Shabbat. We wait for Simchat Torah, which is Shemini Atzeret in Israel and its own day in the diaspora, and after completing the last parashah of the Torah, we immediately start reading the Torah again from the beginning, with the first chapter of Bereshit. We don’t want to finish the Torah, we connect right back to the beginning and start the cycle again – but each time recognizing that we’re not just repeating but continually discovering new insights and revelations in the eternal and eternally fruitful text.

This is how we experience time in general: we recognize that the recurring cycles of days, seasons and years is a relatively stable structure, yet we experience it differently from day to day throughout our lives. In some strands of Kabbalah this notion of cyclical change is also applied to larger units of time and Creation. The mysterious Sefer HaTemunah, appearing in the late thirteenth century, presents a cosmic time scheme of aeons based on a structure of Shemittot: seven cycles of creation, each presided over and conditioned by one of the seven lower Sefirot, each encompassing a whole world of seven thousand years from beginning to end, to be followed by the next world in sequence. The book references a parallel idea found in Bereshit Rabbah and other midrashim:

Rabbi Simon said “it does not say ‘let there be evening,’ but ‘and it was evening…’ From this [it can be concluded] that there was an order of time prior to [Creation].” Rabbi Abahu said “this teaches that He created worlds and destroyed them, until He created this one, saying “this pleases Me, those did not please Me.”  Rabbi Pinchas said “the Rabbi Abahu’s reason is that it says ‘and God saw all that He did and behold, it was very good (Gen. 1:31),’ – this pleases Me, those did not please Me.”

Rabbi Simon notes that from the first day of Creation on, the concluding refrain of each day is “and it was evening and it was morning.” Since time is invoked without mention of its creation, this implies that, at least before the present Creation, there was already a temporal order. Rabbi Abahu infers, implicitly, that if there was a prior temporal order, then there must have been prior worlds. Yet we only see our world – so the prior worlds must have been created then destroyed. Rabbi Pinchas adds that the divine assessment “very good,” implies a comparison to others that were not.

Sefer HaTemunah builds on this notion of worlds created other than our present world, but gives it a kabbalistic context. Each of the Sefirot conditions a world according to its principle. The Sefirah of Hesed, Love, produced a world of love through and through – it thrived and then came to an end. It was followed by the world of the Sefirah of Din, Judgment, a hard, harsh world. It’s in this cycle that Sefer HaTemunah locates the midrash of worlds created and destroyed – the original world of Judgment was too rigid, and needed to go through a refining and tempering process until it was mild and flexible enough to survive. And it is this world that Sefer haTemunah identifies as our present world (ch. 3, p. 31). This world, too, will come to an end, to be followed by worlds guided by the succeeding Sefirot.

In the midrash and in Sefer haTemunah, the cycles of time are not just an eternal return of the same, as the Greeks pictured time, but a continually changing, and ultimately progressive process, integrating all experiences and heading towards a cumulative and ultimate perfection. This is the most characteristic Jewish view of time – as a tikkun, a process of cosmic repair that is always on the move towards increasing wholeness.

Even when it seems like the structure is repetitive, like reading and re-reading the parshiyot of the Torah, there is constant change and increasing clarity. Rabbi Hayyim Vital, great student of Rabbi Yitzhak Luria, explains this with reference to another seemingly repetitive recitation: the fixed liturgy of the daily prayers, that we repeat verbatim over and over again. In Pri Etz Hayyim he says:

Rabbi Hayyim Vital’s point is that even though the words of the fixed liturgy are the same and repeat from service to service, day after day, the consciousness with which we approach, express and understand these words is different all the time, from moment to moment. The whole process of prayer is for progressive clarification and tikkun, and every moment of unfolding reality, from the beginning of the world to the end, presents a singular opportunity for unique awareness. Within the relatively stable structure is constant progressive change due to our endlessly vibrant consciousness.

As we embrace the New Year, beginning the Torah again with the account of the beginning, may we all continue to open our consciousness to the wonders around us, to embrace the continual changes in us and around us, learn new songs, discover new meanings in Torah and in life, in touch with the endless, inexhaustible divine creativity that guides us above. 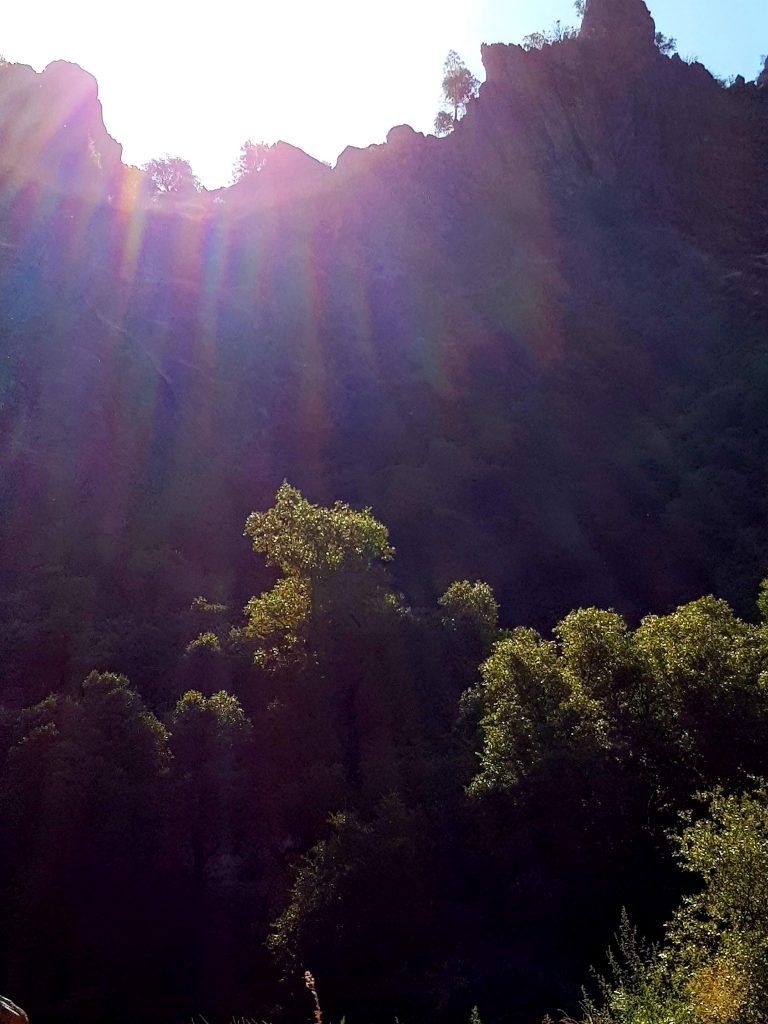 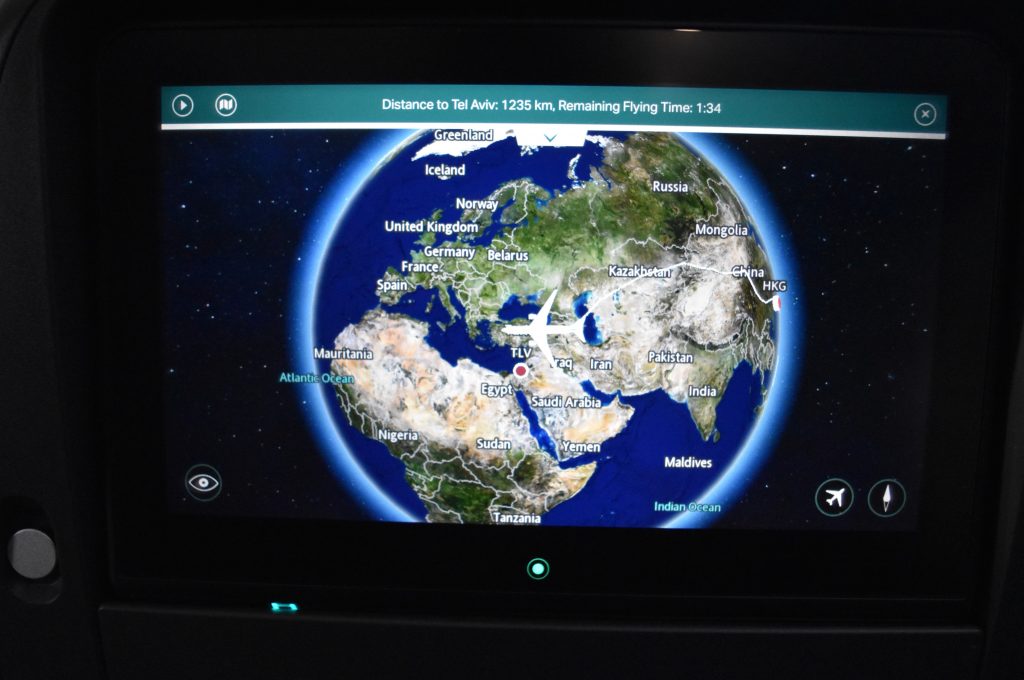 One thought on “Eternal Return of the New”