This week’s parashah features the spiritual apotheosis of Avraham Avinu. He reached this level after navigating ten essential trials in his life, as it says in the Mishnah Avot:

Most commentators consider the Akedah to have been the tenth trial, but according to Rabbenu Yonah Gerondi the last was the burial of Sarah Imeinu:

The tenth trial was the burial of Sarah. For [God said to Avraham] “arise and walk the Land, its length and breadth, for to you I will give it.” Yet when his wife died he could not find a place to bury her until he bought it, yet he did not question. “To make known how cherished is Avraham Avinu,” God tested him to reveal to people that he revered God and was perfect in all qualities.

Rabbenu Yona’s reading is supported by the parshah. It’s right after the conclusion of the burial of Sarah Imeinu that the Torah says:

Avraham was elderly, he had come into days, and HaShem blessed Avraham in All.

It is at this point that Avraham achieved supreme wholeness, to be blessed “in All.”

The Ramban, on the basis of an aggadic commentary on this verse in the Gemara Baba Batra 16b, says that the blessing “in All” is not just that Avraham received the abundance of all benefits people value in life. Rather, reading the Aggadah according to his kabbalistic hyper-literal approach, the Ramban maintains that to be blessed “in All” means that Avraham became fully attuned to the principle that guides the All. When the verse says “he had come into days,” this means he entered the realm of the Sefirot, which are also called the “days” of Creation, and he achieved a state of consciousness that enabled him to work in unison with the Sefirah Malkhut, the Shekhinah, the divine Presence that guides the totality of reality. An indication of his attunement is that when he sends his servant on the mission to find a wife for Yitzhak, despite the fact that the mission involved dealing with some deceitful people and much could have gone wrong, everything falls into place smoothly.

According to Rabbi Eleazar and Rav Yehudah citing Rav in the Gemara Hagigah, the extraordinary state of consciousness that Avraham attains is the one originally intended for all human beings:

Rabbi Eleazar and Rav Yehudah in the name of Rav interpret the verse playfully, but their point is seriously profound. When they say that Adam haRishon extended from the earth to the heavens, or from one end of heaven to the other, they’re not saying that Adam was physically very tall vertically or horizontally. We have to know how to read aggadic statements, as the Rambam tells us and shows us throughout the Guide of the Perplexed, and as Tosafot hints in his commentary on this passage. Their point is that the original human being embraced the totality of reality with a consciousness and sense of responsibility that encompassed All. When Adam sinned by his self-centered desire for the fruit of the Tree of the Knowledge of Good and Bad, he became diminished, thinking of himself as only located in his little body. But the original divine intention, that human beings encompass the totality of existence, remains a human potential – and Avraham Avinu regains it, “blessed in All.”

Rabbi Eleazar, Rav and Rav Yehudah give us insight into this state of consciousness, and, as it happens, so does Emily Dickenson in one of her pithy poems:

The Brain—is wider than the Sky—

For—put them side by side—

The one the other will contain

The Brain is deeper than the sea—

The one the other will absorb—

The Brain is just the weight of God—

And they will differ—if they do—

As Syllable from Sound—

Emily uses “Brain” as a metonym for Mind, in line with William Carlos Williams’ poetic rule “no ideas but in things” – to make metaphors concrete. And not only is the All in our mind cognitively, it is also in our mind ethically – each of us is fully responsible for the totality of reality. We are here as the caretakers of the world we encompass in consciousness. This is the fullness of human being that each of us was created to be, that we may have lost sense of in allowing ourselves to feel diminished by habits of mind and behavior, but that each of us can attain, as did Avraham Avinu, peace be upon. And in attaining this expansive consciousness, Avraham is beloved of God, showing us all the way to regain the fullness of human awareness and human responsibility for which He created us. 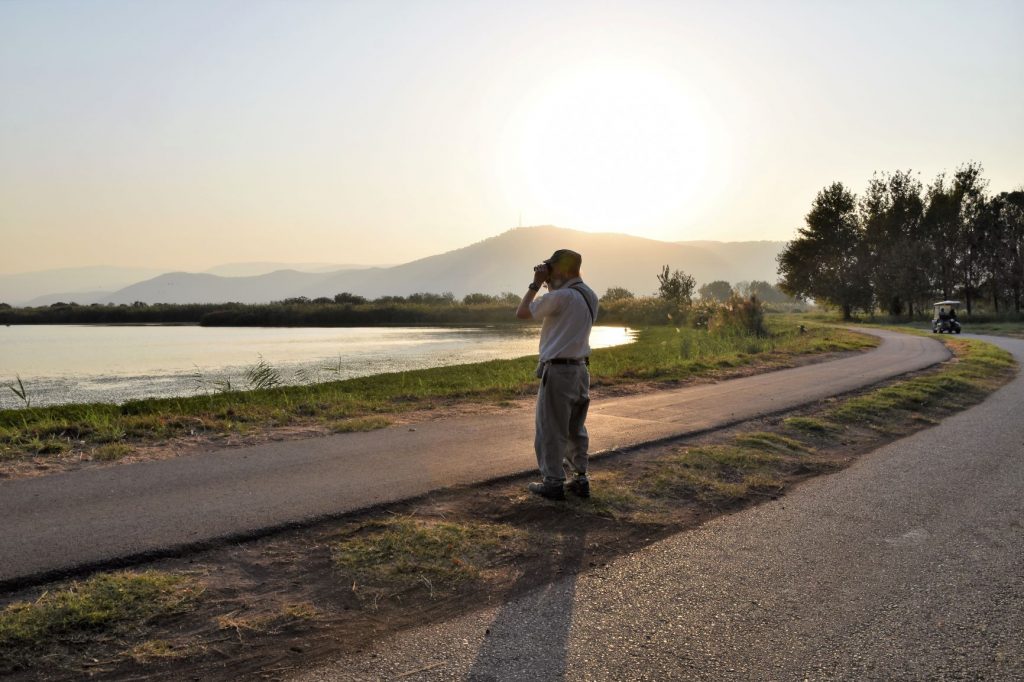