The Mishnah says “When the month of Av enters, decrease joyfulness (Ta’anit 4:6)” This year it won’t be much of a stretch to get in the mood – but will we get the point?

The Nine Days from Rosh Hodesh Av through the Ninth of Av are a period of national mourning for the destruction of the Temples and our national exile, the effects of which are still very much with us, all around us, even in the Land of Israel. The decrease in joy is expressed halakhically in a set of restrictions on pleasurable activities, similar to individual mourning practices. In “Laws of Mourning,” Maimonides explains that these practices are not merely a ritualized sadness, they’re intended help us focus on self-awareness and self-improvement:

Whoever does not mourn as the sages command is cruel. A person should be fearful and worried and examine his actions and return in repentance… to prepare himself and return and awaken from his sleep. Behold [Jeremiah] says “You have stricken them, but they have not felt the pain (Jer. 5:3)” – implying that it is necessary to awaken and feel the pain.

Painful symptoms of the body are not to be ignored — they are an important signal that something is wrong and we better diagnose the problem and treat it. So, too, the prophet Jeremiah, quoted by Maimonides, is saying that painful events are not to be ignored — they are a signal that we’re doing something wrong and we better feel it and figure it out and fix it. The Torah approach to catastrophe is not to blame others for bad fortune, but to take responsibility ourselves, to examine how our own actions and attitudes are causing or perpetuating our trouble and work to fix the problem.

We’re still not getting a handle on the pandemic, on top of many other ongoing military and political crises around the world.  Here in Israel it feels like we are adrift in the midst of a storm. The political leadership is chaotic and the population is confused and even rancorous. Where do we begin to steady the ship of State?

These are the words that Moshe spoke to all Israel on the other side of the Jordan, in the desert, on the plains, opposite the Reeds, between Paran and between Tofel and Lavan and Hatzerot and Di-Zahav.

The midrashim and commentators note that these are all place names, as if to give the precise location of Moshe’s final speech to Israel, but the names don’t make sense as geographic coordinates. So Rashi explains on the basis of numerous midrashim that the place names have another common denominator:

Since these are words of criticism and he lists here all the places that they caused anger before God, therefore he hid the matter and mentioned them by allusion, to protect the honor of Israel.

So there’s a geographical reference here, but it’s hidden in shorthand or code. But the fact that it’s hidden in a series of locations that don’t seem at first to make sense is itself a powerful allusion that we can appreciate from a verse a little later in the parashah. Moshe describes the moment that Israel is commanded to leave Mount Sinai and begin their journey to the Land of Israel. As the nation sets out, Moshe complains that he doesn’t feel capable of leading the people by himself:

How can I bear alone your troubles and burdens and arguments?

When this verse is chanted during the public Torah reading in the Ashkenazi tradition, it is chanted, not with the typical Torah cantillation, but with the mournful melody used to chant Megillat Eikhah, Lamentations, that mourns the destruction of the First Temple and Babylonian exile. This is based on the shared word that begins this verse and begins the Megillah: איכה,

How does the city sit alone, that was full of people, she has become like a widow, she that was great among the nations, a princess among the provinces, has become a vassal.

In both verses “How?” is a question asked in anguish. The Tikkunei Zohar, echoing the Midrash Eikhah Rabbati (Intro. Sec 4), makes a further, devastating connection.

At the time [of the destruction of the Temple] the Holy One, blessed be He, departed from His Presence, and She remained a daughter alone, as it says “How does she sit alone.” And the secret of the matter is “and the Lord God called to the man and said to him “where are you —איכה (Gen., 3:9) ” – where is the divine Presence?

God’s question to Adam after the sin of eating of the fruit of the tree of knowledge,  איכה , “where are you?” is spelled the same as Moshe’s and Jeremiah’s anguished cries איכה, “how has this happened?” The point of the Tikkunei Zohar is that God’s question to Adam reveals the root of the two later anguished questions. As the Vilna Gaon notes, when God asks Adam “where are you?” He’s not asking for Adam’s geographical location, which he knows very well. He’s asking “where are you at?” —  where is your consciousness such that you have distanced yourself from Me and My Presence? The Tikkunei Zohar goes on to note that the alienation of Adam and Chavah from God and from each other injected distance and alienation in every dimension of reality, even between the letters of the divine Name, between God and the awareness of the Presence of God. That distancing and alienation is at the root of the succession of crises faced by the Israelites in their journey through the wilderness, it’s their “troubles and burdens and arguments.” That distancing and alienation is at the root of the destruction of the Temples and exiles of our people – we destroyed ourselves with our internal strife and contentiousness that made us vulnerable to our enemies. The Gemara Gittin (55b ff.) presents an extended account of the destruction of the Second Temple and Second Commonwealth. A central theme that weaves through all the tragic events is that while Israel was faced with great danger on all sides, the Israelites were oblivious, short-sighted, self-absorbed, wrapped up in petty bickering and myopic concern for pious minutiae while their nation was collapsing around them. They treated each other dismissively, the vicious cancel culture of that era. They were in an emergency, but they acted as if it was business as usual with their petty “troubles and burdens and arguments.”

And this is the question we need to ask ourselves seriously today, enmeshed as we are in dangerous, complicated crises:  where are we at?

These are the words that Moshe spoke to all Israel on the other side of the Jordan, in the desert, on the plains, opposite the Reeds, between Paran and between Tofel and Lavan and Hatzerot and Di-Zahav.

The Book of Devarim is a book of constructive criticism. Moshe begins with a hint: a series of place names that describe not a physical geography but a moral and spiritual geography, all the places in which we alienated ourselves from each other and from God. Moshe is asking “where are we at now?” But he also gives us a hint on how to find ourselves:

These are the words that Moshe spoke to all Israel…

The Vilna Gaon comments: “The essential thing that he asked of them was asked ‘to all Israel,’ – that unity should prevail among them, to be one nation, the totality of Israel.” With that unity they would be able to face every challenge and prevail. We are in a compound crisis today, threatened by a vicious virus from within and vicious enemies from without. We’re a rambunctious people, granted — it can sometimes be a strength. But it’s time to put the petty bickering aside for now and deal with these emergencies with maturity, with vision and with unity, and with HaShem’s help, to face every challenge and prevail. 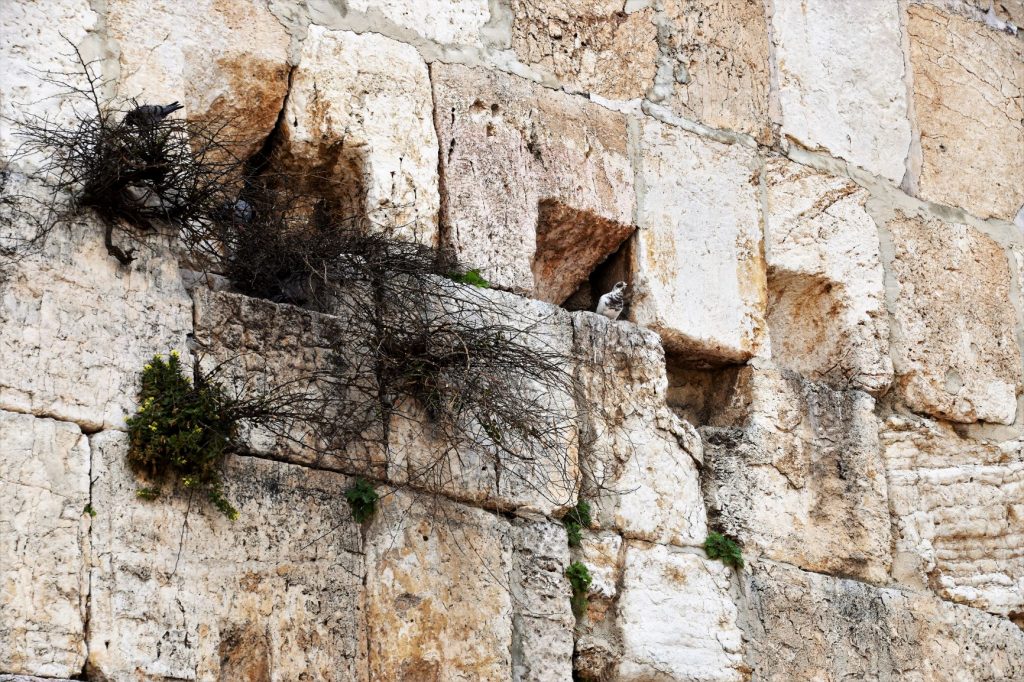