This blog post celebrates the significant birthday of our dear cousin Linda, dynamic family leader, who, among her many talents and skills, models one of the most important lessons of Torah, a lesson revealed in the pivotal moment of this week’s parashah.

As the nation of Israel enters the wilderness of Tzin, in the southern Negev, they can’t find a source of water and grow desperate and rebellious. HaShem instructs Moshe and Aharon:

Take the staff and gather the congregation, you and Aharon your brother, and you both shall speak to the rock in front of their eyes and it will give forth its water, and you shall bring forth for them water from the rock, and you will give drink to the congregation and their animals… And Moshe raised his hand and struck the rock with his staff twice, and abundant water came forth, and the congregation and their animals drank. But HaShem said to Moshe and to Aharon “because you did not have faith in Me to sanctify Me in the eyes of the Children of Israel, therefore you shall not bring this congregation to the Land that I have given to them.

It’s a mysterious passage. HaShem tells Moshe and Aharon, together, to bring forth water from a rock by speaking to it. Why are both of them commanded to speak? Instead of speaking, Moshe strikes the rock, and, in contrast to a previous episode in which he brought water from a rock by striking it once, here he has to strike it twice – a sign that something is wrong. Though a miracle occurs and water does come from the struck rock, HaShem punishes Moshe and Aharon for hitting the rock instead of speaking to it. For what seems like a relatively minor deviation the punishment is severe: neither Moshe nor Aharon get to fulfill their fondest dream, the goal of their entire mission, to bring the nation of Israel into the Land of Israel. What was so important about speaking together with that rock?

One could say further regarding the matter of the Waters of Rebellion, that at the time of the Giving of the Torah, Israel was elevated and they saw the sounds, they saw that which is heard… And behold, HaShem had wanted that by speaking to the rock, that the Children of Israel should see the divine Word, coming from the throat of Moshe – for the divine Presence dwelled within him – and see how it affected the rock, that they would see that which is heard, and there would be for them a strengthening of the faith similar to that glorious convocation. HaShem wanted this to occur before establishing the covenant on the plains of Moav… And this would teach a moral lesson to Israel, that the rock is affected by the divine Speech. But [Moshe and Aharon] defied HaShem’s Spirit, and the divine Speech did not act in [the Israelites], that they would submit to His service, blessed be He, and do “according to everything that comes from the Mouth of God.” … This was a sin according to the high level of Moshe, but not for anyone else.

God had intended that the Children of Israel learn a key lesson as they were gathered on the plains of Moav, about to enter the Land of Israel on the divine mission to cultivate a holy community. He had intended for them to attain the level of consciousness they had at the revelation of the Ten Commandments at Sinai, where it says “they saw the sounds (Ex. 20:15)” of the Voice of HaShem speaking the Commandments. Now they would experience a similar, elevating synesthesia in which they could see the real spiritual power of Moshe and Aharon’s speech that could bring forth water from a rock. It was a lesson that would have transformed the entire existence of the nation of Israel in the Land of Israel.

The lesson went beyond getting a reliable supply of water from rocks, essential as that is to life in the arid chaparral climate. The Israelites were about to encounter fierce nations and tribes, hard-headed and stone-hearted, rigid in their predatory ways. Had Israel learned the lesson HaShem intended Moshe and Aharon to teach, they would have been able to enter the Land with wisdom and insight, modelling a life in tune with God, with all existence and all beings, that would have impressed and attracted even their erstwhile enemies, winning them over peacefully with inspired and inspiring communication. When Moshe hit the rock with a stick instead of speaking to it, the Israelites lost this essential lesson that requires spiritual awareness and self-discipline, and were doomed to have to conquer the Land, not with words but with sticks, with crude force, with war, a pattern that plagues us to this day. For this reason, Moshe and Aharon could no longer bring Israel into the Land of Israel. This was not some magic power of an archetypal precedent. It’s that the Children of Israel did not learn the wise and compassionate skill of heart-to-heart communication with all beings, from rocks to rock-headed people. And we have yet to learn it — not only for dealing with implacable enemies, but even among our own people.

This week the broad coalition headed by Prime Minister Naftali Bennett and Alternate Prime Minister and Foreign Minister Yair Lapid was confirmed as the new government of Israel. One of the glories of a true democracy is the peaceful and respectful transfer of power. Unfortunately, many of the Knesset members whose parties were going into opposition, including some who profess to be pious religious Jews, behaved with disgraceful immaturity, heckling and trying to shout down the incoming coalition during the confirmation. It was the culmination of despicable behavior, lack of decency, lack of wisdom they have shown throughout the process of forming a government. They used words, but as sticks.

By contrast, to their credit, Bennett and Lapid and their coalition demonstrated wisdom, dignity and forbearance. HaShem’s command to speak to the rock was addressed to both Moshe and Aharon – why both of them? This was not just about barking an order to a rock, this was about engaging in a conversation. It was to teach a further lesson: that we need all our voices – to speak and to listen to each other. Be-ezrat HaShem, this broad coalition of diverse voices, working hard to work together, will be able to speak and listen to each other, even to the hearts and minds of those rock-hearted, rock-headed representatives and their poorly-served constituents, and to all the friends and foes of Israel.

This skill, to speak to rocks and not lash out in impatience and frustration, applies to all difficult challenges in our lives that seem insurmountable, hard as a rock. And this is one of the great skills of our beloved cousin Linda, who has guided me to a deeper understanding of this lesson. She has faced many tough situations in her life, and she steps up, she understands people and engages others with compassion and insight, she shoulders mature and enduring responsibility. She finds and shares the beauty along the way, finding solace and sustenance from our Torah heritage. Through it all she has found her own voice, her own strengths and talents, developed her skills and has become a true leader. This is the real meaning of גבורה, true inner power, as our sages say in Pirkei Avot.  We are in awe of her and her achievements. Happy Birthday, Linda! May you enjoy one hundred and twenty years of continuing accomplishment, teaching us all how to speak and how to listen, heart to heart, to bring forth pure water from the rocky roads of life. 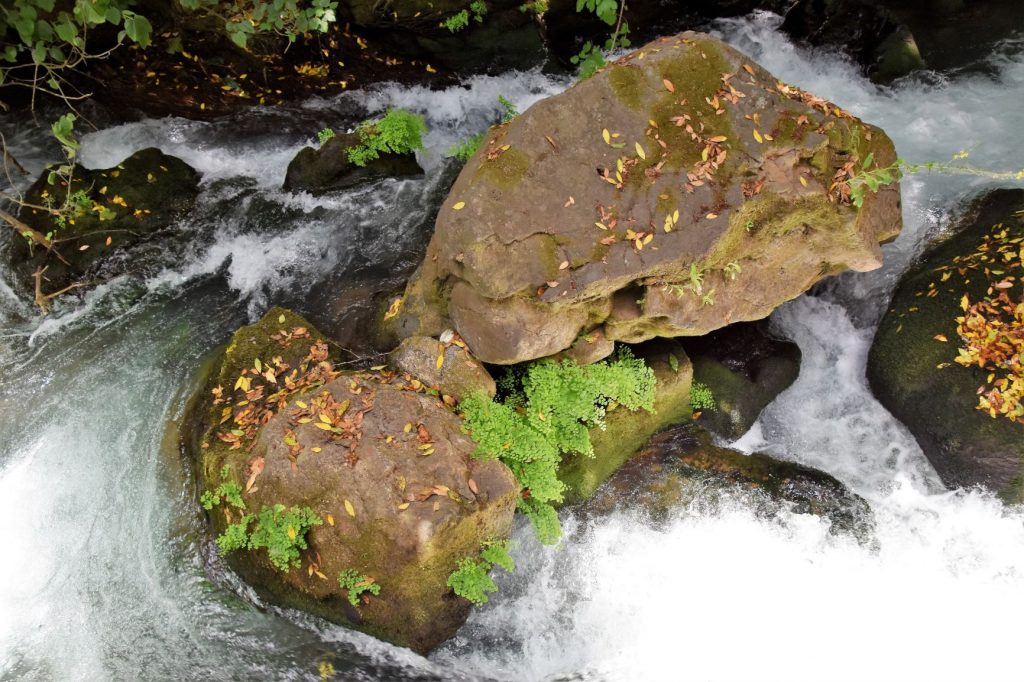 2 thoughts on “Water from the Rock”