We were in the Old City of Tzfat for Shavuot, and after the all-night Tikkun, teaching shiurim and learning Torah with friends, we went to the Beit HaKnesset Abuhav for the sunrise minyan. After a night of constant Torah learning, the tefillah, led by the Chief Rabbi of Tzfat, Rabbi Shmuel Eliyahu, Shlit”a, was especially enthusiastic.

This synagogue was founded by Jews expelled from Spain in 1492 and named after their esteemed Rabbi and teacher Rabbi Yitzhak Abuhav of Castile, who had passed away in Portugal not long after the expulsion. It’s home to a Sefer Torah written by Rabbi Yitzhak Abuhav himself. The scroll parchment is a deep ochre color with a smooth, shining surface. The writing is strong, clear and elegant. This Sefer Torah has real presence, a depth and solidity and authority. Shavuot is one of three occasions in the year on which it taken from the Aron Kodesh with special reverence and used for the Torah reading.

A friend of ours read the Torah portion for the congregation, and it was spellbinding. He has a great voice and a precise and lilting diction, but it was more than that. The reading for Shavuot is the revelation of the Torah at Mount Sinai, including HaShem speaking the Ten Commandments in the midst of thunder and lightning. A thunderstorm occurs along a front created when a high pressure system comes in contact with a low pressure system, and that’s fair description of the revelation at Sinai: high pressure Heaven connects to low pressure earth. Our friend sang out the reading, putting his whole soul into it, fully expressing and inhabiting every word with feeling and meaning. It really felt like we were standing at Mount Sinai, with thunder and lightning, receiving the Torah ourselves.

A few days later we ran into him in town and thanked him. I mentioned how vivid the experience of his reading was for me, and he said that he, too, had a vivid vision of what he was reading at that moment, like he was standing at Sinai. I was reminded of what is said about Rabbi Yisrael Ba’al Shem Tov, that “when he learned Torah with his holy students fire would surround them and ministering angels would gather and they would hear the thunder and see the lightning and hear ‘I am HaShem your God…’ from HaShem Himself (Heikhal HaBerakhah, Vaetchanan, 28a).” The Ba’al Shem Tov also promised that “if Israelites merit to sanctify and purify themselves with God’s Torah and Mitzvot, they will always hear the voice of HaShem speaking, just like at the convocation at Mount Sinai (Keter Torah, parashat Yitro).

This is also reflected in this week’s Torah portion. Moshe Rabbenu asks for help leading the nation, and HaShem tells him to gather seventy elders of Israel and stand with them at the Tent of Meeting, where He will grant them an experience of prophecy by extending to them the prophetic vision of Moshe himself:

And I will descend and speak with you there, and retain from the spirit that is upon you and place it upon them, and they will carry the burden of the nation with you and you will not carry it alone.

Ramban makes a point of emphasizing that the elders did not receive a prophetic vision from HaShem directly. Rather, HaShem spoke only with Moshe, and the elders received transmission from Moshe’s mind. Ramban notes that while in medieval Hebrew the term אצילות comes to mean “emanation” in Hebrew translations of Arabic Neoplatonic texts and in Kabbalah, in biblical Hebrew it means to reserve or retain something close by:

HaShem speaks with Moshe and from what is retained by the spirit of Moshe [the elders] know the prophecy. This is the meaning of “they prophesied but did not add,” that they did not continue to prophesy by themselves, rather, from the prophesy that HaShem spoke to Moshe, from that alone they prophesied (Ramban, Torah Commentary, Num. 11:17).

So in this case HaShem is not causing divine revelation to emanate to the elders, but rather facilitating the elders’ reception, in their minds, of the prophetic message received by Moshe. That they “prophesied but did not add” is understood to mean, not that this was a one-time event, as some suggest, but rather that whenever Moshe received a prophetic message they received from Moshe the message, and only that message, adding nothing of their own, but they could understand it fully and help teach it and implement it among the people.

The point is subtle. Ramban, a kabbalist himself, is fully aware of the central kabbalistic principle of emanation – the way consciousness is understood to flow from God to the human mind, and the way all of reality is understood to issue from God the Infinite, Ein Sof.  But he distinguishes this phenomenon as slightly different – it’s based on the more limited but still mysterious way in which mental content is shared among human beings. We recognize consciousness in each other and other sentient beings. And we are able to share ideas, concepts, visions with each other. We have come to focus on words as a central method for communicating mental content. But our minds pick up far more information from each other. There’s tone and cadence of speech and body language. There’s empathy. And even words themselves are often shared as abbreviated codes for complex experiences, far beyond the words themselves, which we recognize or assume we have had in common through just the hint of a few choice words. So there seems to be something almost telepathic going on in communication between people, certainly between loved ones and close friends and even between human beings and other species, especially pets that are close to us.

Good teachers know this either intuitively or explicitly. Real and effective teachers, as opposed to mere lecturers, tune into their students. They form in their minds vivid thought-forms, whether visual, auditory or verbal, and communicate off those thought-forms on the students’ wavelengths such that the students can receive, not just words or a collection of separate ideas, but the core forms themselves.

So the experience of the elders, receiving prophetic content from the mind of Moshe Rabbenu, may not have been full-blown prophesy, but it is still a marvel. It enabled them to effectively communicate what Moshe received in his mind to the minds of the people and assist in guiding the nation. And something similar can still happen today. We experienced it there in the Abuhav Synagogue on Shavuot during the Torah reading, sharing in the vivid experience of receiving the revelation of Torah together. And the Ba’al Shem Tov assures us that we can continue to experience this wherever and whenever true teaching of Torah is happening. 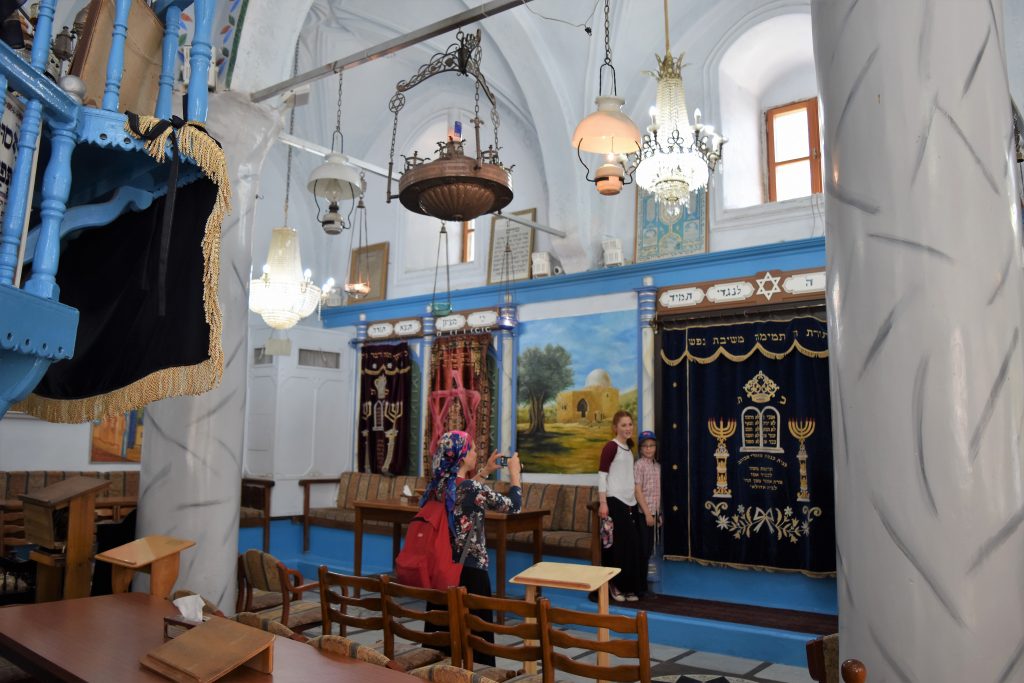 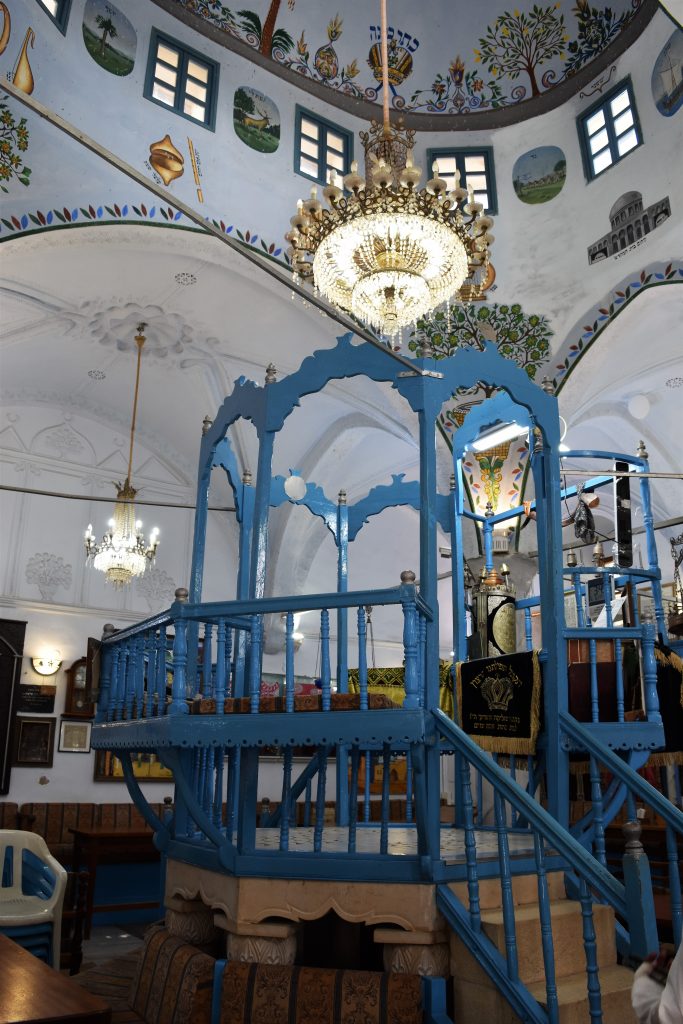 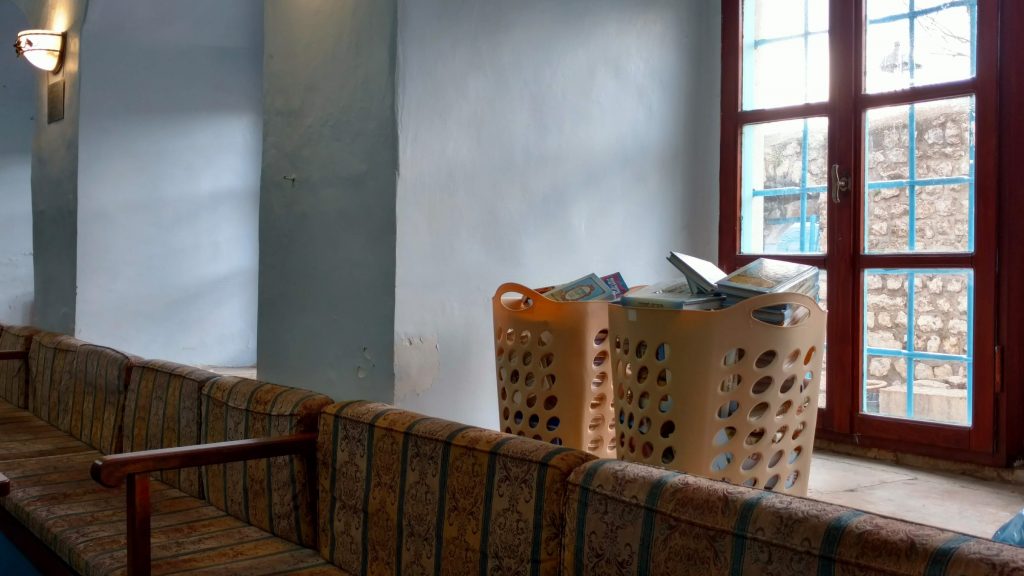