Over the last few months we’ve been holding all our Tal Orot meditation sessions online due to the continuing restrictions of social distancing. While born of necessity, it’s also turned out to be a great opportunity to connect with friends virtually around the planet, and the sharing of insights has been wonderful. There’s been a bit of a learning curve, to be sure. Not all methods of meditation can be effectively conveyed and shared online due to the limits of the technology, so we’ve had to figure out what works. The fact that we’re not physically present to each other also presents a challenge to the teaching and learning relationship in general.

An effective teacher is constantly attentive to participants’ reactions as signs of how they are processing the material. Indicators come not just from students’ questions and answers, but from non-verbal cues as well.  Continual monitoring of facial expressions and body language is important, and video conferencing can convey some of this. But there’s also an empathic dimension to the relationship, even a telepathic one. To teach is not just to convey information, it’s to share vision. This is particularly important in learning situations that have a spiritual dimension, such as meditation.

Rabbi David Ibn Abi Zimra, the great jurist and chief Rabbi of Cairo in the sixteenth century, who was also a kabbalist and teacher of Rabbi Yitzhak Luria, z”l, says in a responsum (3:472) that the essence of the teacher-student learning process is a mutual sharing of consciousness. In the kabbalistic literature it’s called “ibbur” – soul-to-soul infusion. Good teaching happens not just through words spoken and heard, but by ideas and meaning and vision conveyed directly, mind to mind. I admit I was skeptical whether this level of connection is possible in video conferencing, but I’ve come to be reassured.

Consciousness is not limited by space, and we are not isolated from each other in our own little bubbles of separate awareness. Rav Avraham Yitzhak haKohen Kook notes in Orot haKodesh that consciousness is collective, we share it with all beings, and especially intensely among human beings (2:297). In our tendency to focus on ourselves we may forget this, but every once in a while in moments of synchronicity we get intimations of it, and Rav Kook says that those with developed souls recognize this continually.

According to Torah tradition the connectedness of consciousness extends even further. When Am Yisrael received Torah from God at Sinai we were not receiving extraneous information from an alien source. In the Talmud, in Midrash and in Kabbalah the Torah, God’s Word, is understood to be the source and structure of all of reality and it is also the source of our souls, that is, of the full structure of consciousness of each of us. The revelation of Torah is the revelation of the source of all that we are. To really appreciate this can transform our sense of what it means to learn Torah, and our experience of learning Torah.

In Israel this Shabbat we will be reading parashat Naso (in the Diaspora it will be the second day of Shavuot). The last verse of the parashah records the ultimate completion of the Mishkan, the Tent of Meeting that becomes the place of continuing revelation from God, a moveable Mount Sinai, as Israel travels through the wilderness and settles in the Land of Israel:

And when Moshe came into the Tent of Meeting to speak with Him, he would hear the Voice speaking to him from above the cover that was on the Ark of the Testimony, from between the two Keruvim and He would speak to him.

Rashi notes that the verb form of the word “speaking – מִדַּבֵּר” is unusual (middaber):

It is like [the reflexive form of] speak. It is respectful of the Supernal to say it thus – He speaks to Himself, and Moshe listens in from himself.

Rashi’s sensitive reading, reflected also in Targum Onkelos, adds further mystery to the process of revelation. When God, Infinite and Eternal, speaks – God is speaking to Himself. Moshe listens in. But does that mean God is not really speaking to Moshe, or to us? Rashi explains this as an aspect of royal etiquette. But this may also reveal something even deeper. Maimonides in Yesodei haTorah, his summary of essential philosophical principles of Torah at the beginning of the Mishneh Torah, includes a profound conception of God’s ownmost activity:

Since [God] know Himself and recognizes His own greatness and radiance and true reality, He knows all, and nothing is hidden from Him. The Holy One, blessed be He, recognizes His true reality and knows it as it is. He does not know with a knowledge that is other than Himself, like we know. For we and our knowledge are not one. But the Creator, blessed be He, and His knowledge and life are one from every aspect and in every manner of oneness… So it turns out that we should say that He is the Knower and He is the Known and He is the process of Knowing, all one. And there is no power in the mouth to say this, nor in the ear to hear it, nor in the human heart to recognize this clearly…

This formula, that God is the Knower, Known and Knowing, is a paraphrase based on Aristotle (Metaphysics, Book 12). Maimonides explains this in context of the absolute oneness of God. And in knowing Himself God knows all and everything. It is in this sense that God speaks to Himself, so to speak – etiquette, yes, but as the profound reality of His absolute oneness. So when Moshe listens in, it’s not from outside the circle. Listening in to God speaking to God means Moshe, along with all beings, is in the Mind of God, and God is speaking to him as well. This matches how Rabbi Hayyim of Volozhin, great kabbalist and founder of the Lithuanian yeshivah movement in the eighteenth century, explains what it means to learn Torah. It is to actually experience that we are in the Mind of God (Nefesh haHayyim 4:10-11), and Torah is spoken to each of us as well. When God says (Ex. 20:2)

I am HaShem your God   Who took you out of the land of Egypt, from the house of slaves,

the first of the Ten Commandments, it’s said in the singular. God is speaking eternally to each and every one of us, really. When we open our minds and hearts fully, we can hear this. And this awareness can transform our prayer as well. When we speak to God in prayer, we can really speak to God. Really.

Shavuot is the celebration of our intimate connection with God and with each other. He speaks to Himself eternally, infinitely, and to each one of us and all of us, most intimately and directly. In this way we are all connected to each other, online or off, immediately and directly, wherever we are. 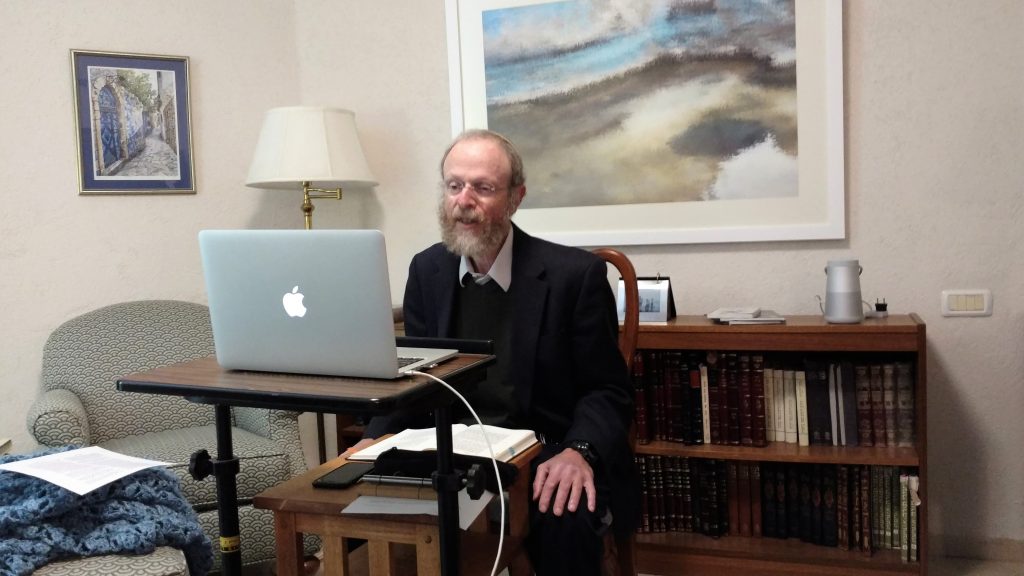 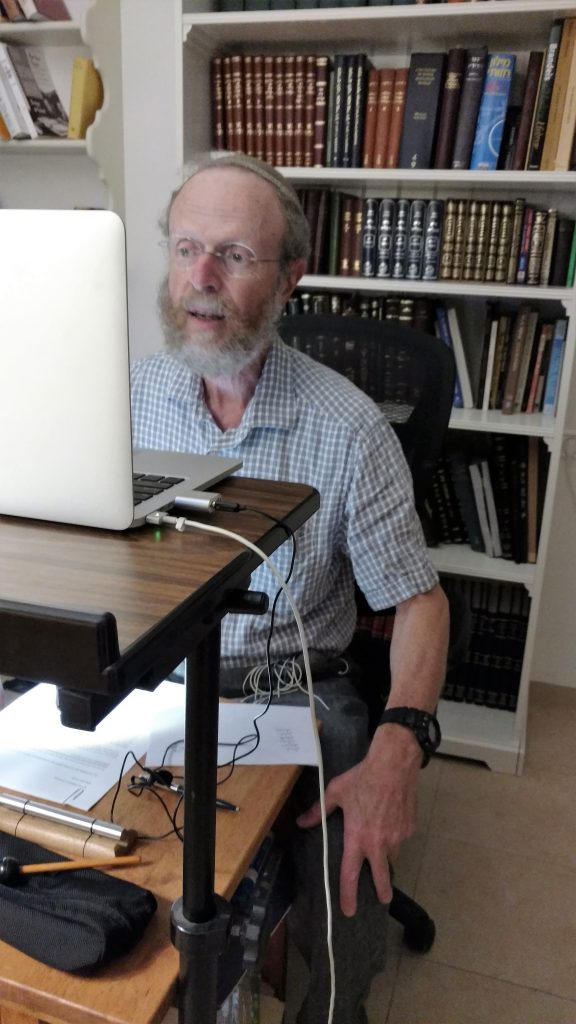