Traveling in the Golan this week with good friends, we visited Gamla. Two millennia ago it was a thriving community, but it was besieged and destroyed by the Romans in 67 C.E., most of its citizens slaughtered. The tragic history of Gamla echoed in the tragic events of this past week, a week in which we also commemorate Yom HaShoah. The attack on members of the Chabad Shul in Poway, California, in which Lori Gilbert-Kaye, of blessed memory, was murdered and several congregants including a child wounded, follows the murderous attacks on members of the Tree of Life Synagogue in Pittsburgh, on members of the Al Noor mosque in New Zealand, on members of the St. Anthony, St. Sebastian and Zion churches in Sri Lanka, and on and on. Hatred and violence against the religious other is escalating all over the world. The “never again” slogan we used to quote for Yom HaShoah rings more and more hollow these days. But here we were, visiting the ruins of Gamla on a warm sunny day, with gorgeous flowers in bloom all over the deep green hills – the beauty of God’s world all around us. What will it take for humanity to wake up?

Rabbi Goldstein, heroic leader of the Chabad of Poway, described Lori Gilbert-Kaye, her memory a blessing, as “a person of unconditional love.”  Lori’s husband, Dr. Howard Kaye, issued a call to the murderer and to all those driven by hatred to “come back to the real world, which is the world of Lori, which is peace and love on Earth.” They’re right. The real world is a world of love, of unconditional love.

This week’s parashah in Israel is Kedoshim – we’re a week ahead of the Diaspora. The parashah is packed with mitzvot urging compassion and justice in our interpersonal relationships, all summarized in the climatic mitzvah calling us to “love your neighbor as yourself (Lev. 19:18).” But in Shir haShirim we are warned three times “do not stir up and do not awaken love until it desires.” It’s hard to force an emotion, especially love that is sincere. An emotion such as love is a response and not something you can fake. So how can love be commanded, and not just love, but loving the other as yourself?

The Gemara Yerushalmi Nedarim brings a friendly argument between Rabbi Akiva and Ben Azzai that may offer an approach:

“You shall love your neighbor as yourself.” Rabbi Akiva says “this is a great rule of Torah.” Ben Azzai says “this is the book of the generations of mankind (Gen. 5:1)” is a rule greater than that.

The commentary Korban HaEidah explains that Rabbi Akiva considers the mitzvah to love your neighbor as yourself to be the great rule because it is the basis of all the ethical mitzvot of human relations in the Torah. The commentary Pnei Moshe explains that Ben Azzai considers the verse from Genesis, “This is the book of the generations of mankind” to be an even greater rule because, first, it is not limited to friends and neighbors but embraces all human beings, for we are all descendants of Adam and Eve. And second, that verse continues: “…on the day that God created human being in the image of God He created him.” This is not really an argument. Ben Azzai is providing the basis for our ability to respond to the other person with love: the recognition that we are one human family, and every one of us is in the very image of God.

Maimonides takes this a step further in his Guide of the Perplexed, where he says “this entire reality, that HaShem, blessed be He, has brought it forth, is love (3:53).”  It’s an extraordinary insight. He’s not saying that God created the world and then loves it. He’s saying all of reality is God’s love. This means that each of us, as well as the whole world and everything in it, each of us is God’s love. It’s not that HaShem created you and now loves you. You are God’s love. We can’t lose it, we are it. The Zohar in Parashat Va-etchanan echoes this awareness, saying that

According to the Zohar, even the letters of the Name of God and the process of revelation they express, the very inner structure of reality, are bound together with love. Once we appreciate this directly and feel it, something beautiful and truthful begins to stir within us.

Dr. Howard Kaye, mourning and eulogizing his beloved wife Lori, of blessed memory, is right. The real world is a world of love, unconditional love, through and through. If we human beings would just wake up and appreciate this reality, this pure gift, this world could be a world of peace and love. It’s what the Torah is all about. Standing with good friends at the tragic site of Gamla, in this tragic week, yet in the midst of God’s gorgeous flowers and rolling green hills, we pray, and we can almost believe, that such fixing is possible. 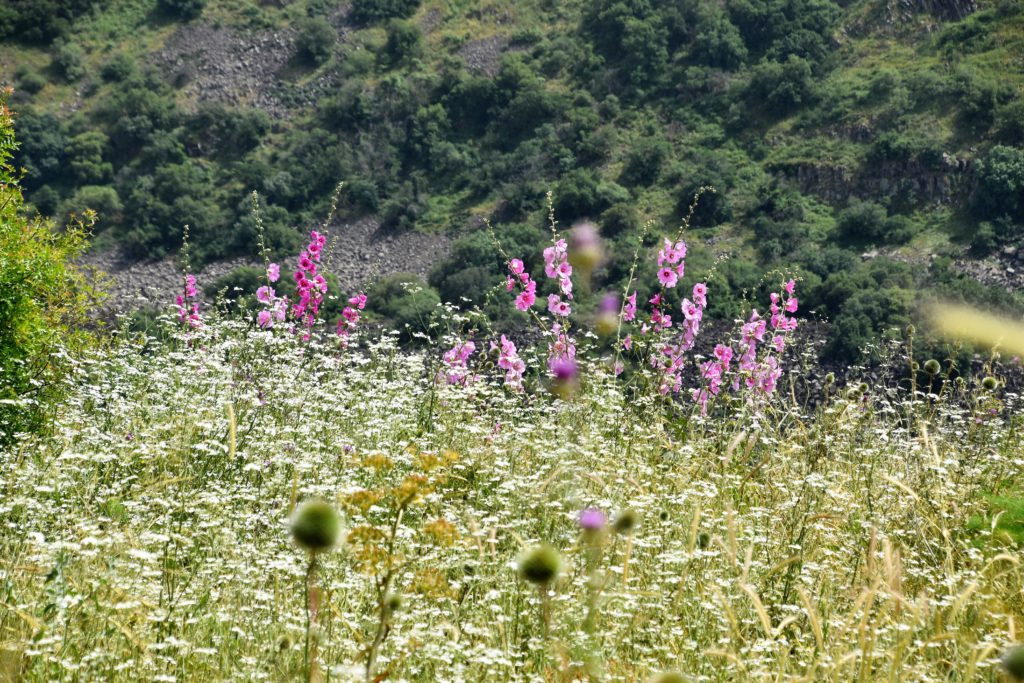 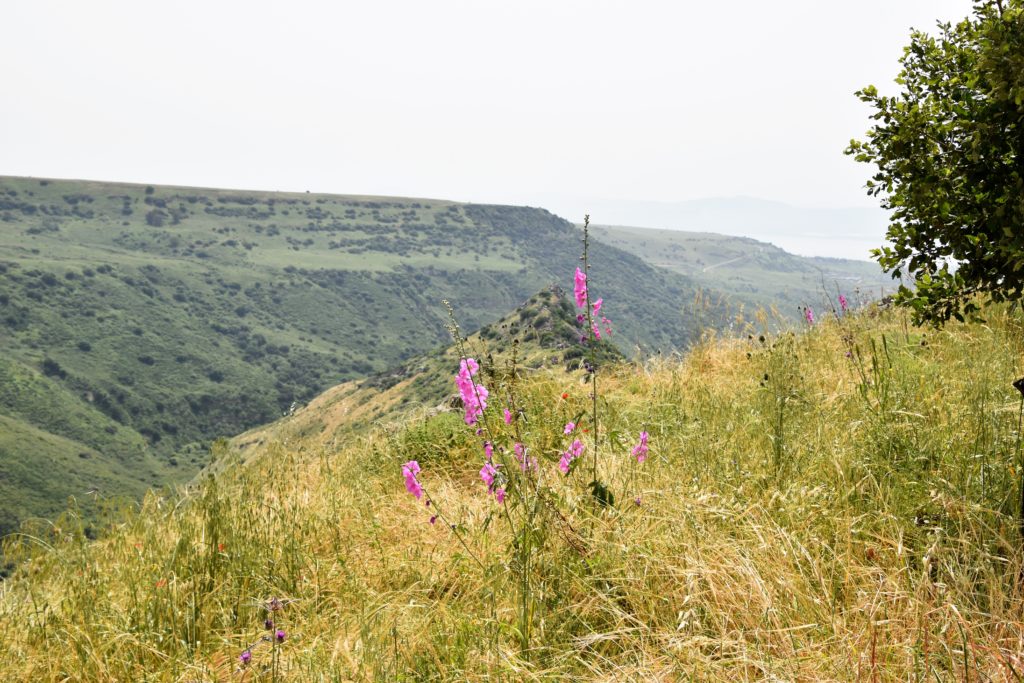 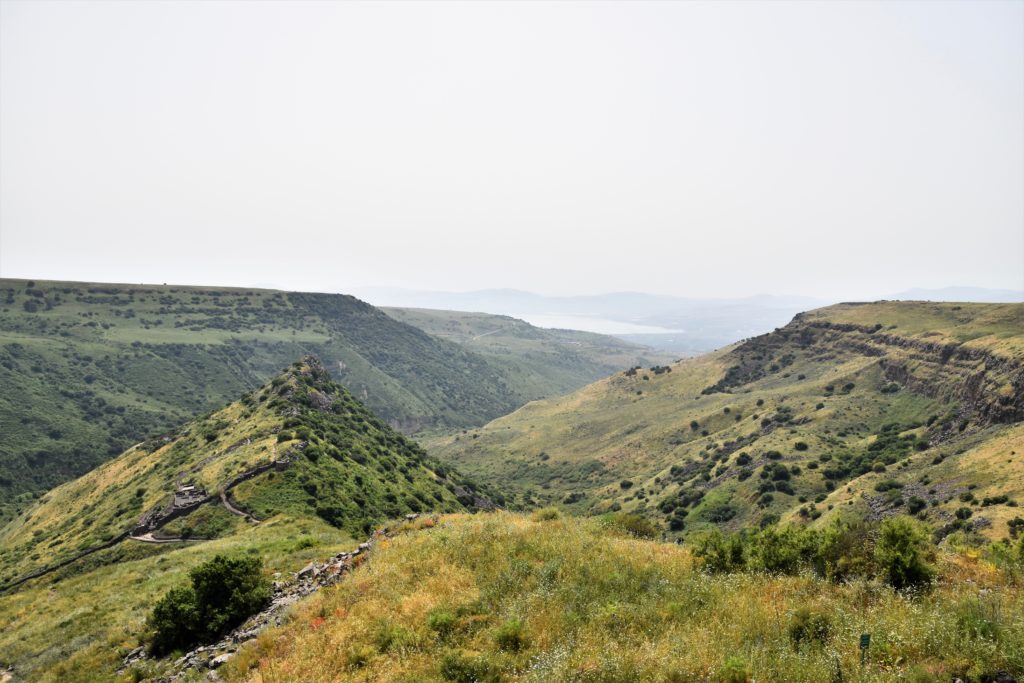