This week included the yahrzeit of Rabbi Yitzchak Luria, the Ari z”l, on the 5th of Menachem Av. It’s an important occasion, especially here in Tzfat, where he revealed and taught his profound approach to kabbalistic theory and practice to an extraordinary kabbalistic community and where he is buried. On his yahrzeit thousands come to pay their respects from all over Israel and the holy cemetery of Tzfat is really jumping. This year, though, we gathered a group to visit the Ari z”l on the day after his yahrzeit, when things quiet down a bit. The idea was to visit his gravesite the way he taught us to visit the gravesite of a Tzaddik – to commune contemplatively and telepathically with the ongoing consciousness of the Tzaddik, not for any self-directed advantage but purely for the honor of Heaven, to learn the mysteries of Torah with the assistance of their advanced vision, to learn to deepen our connection with HaShem (see R. Hayyim Vital, Sha’ar haYichudim, chapters 4, 5.) Just as the Tzaddikim taught Torah in their life in this world, so they continue to teach from realms beyond and with higher awareness, and so we can continue to learn from them if we know how to connect with them personally. It was a good experience — the smaller groups of people gathered around the Ari z”l’s grave were gentle and considerate of each other, and afforded each other the quiet space to connect.

Rabbi Yitzhak Luria’s kabbalistic theory is profound, and his practical abilities for psycho-spiritual therapy were remarkable. He also contributed to the development of halakhah, combining classic methods of halakhic decision-making with direct mystical insight into the deeper meanings of the mitzvot and their ramified halakhic practices and customs. Many of these legal decisions deal with esoteric minutiae relevant mostly to advanced pietists. But some are more general and meant for everyone, such as his recommendation, found in Pri Etz Hayyim (5:1), that:

When you sit in the synagogue, before you begin at all to pray the morning prayer, you should accept upon yourself the mitzvah “and you should love your neighbor as yourself (Lev 19:18).” You should focus your intent to love every person of Israel like your own soul, for by virtue of this a person’s prayer will ascend, combined with all Israel and it can ascend and be fruitful and felicitous.

This directive to feel our connection with each other, with every person of Israel, before we pray, gives us a profound sense of unity through the recognition of our shared consciousness and shared responsibility for Torah and Mitzvot, to work together to repair this broken world.

This principle of unity in shared responsibility may be reflected in a bit of a halakhic anomaly that gets resolved this week: the weekly Torah readings of Israel and the Diaspora finally get back in step. Why did it take so long?

Ever since the end of Pesach this year the Torah reading in the Diaspora has been one week behind Israel. In Israel the Shabbat following the seventh day of Pesach was a regular Shabbat that continued with the regular order of weekly Torah reading, while in the Diaspora that Shabbat was the Eighth Day of Pesach with a special festival reading, so the Torah reading in the Diaspora has been one week behind Israel. But last Shabbat, we in Israel read a single Torah portion and those in the Diaspora read a double portion and we are all synchronized once again. But there’s a lingering question. There are several official double portions in the Torah, defined as portions that have clear thematic continuity, that are doubled up in regular years and read singly in a leap-year, which is a month longer than a regular year. So there were several earlier opportunities for the Diaspora to catch up by reading one of those earlier double portions. Why this year did they wait until Matot-Masei to double-up? The pattern, when Israel and the Diaspora get out of phase at Pesach,  is that in a leap-year, as was the case this year, the Diaspora waits until the last possible double portion to catch up, while in non-leap-years it’s done earlier. But even in a non-leap-year the Diaspora does not catch up at the first opportunity, but waits until the portions Behar-Behukotai to do it, pretty late in the cycle. Why this delay in unifying Israel and the Diaspora?

The basic guiding principles for determining which portions are doubled and when are discussed in Shulchan Arukh, O.H. 428:4. There it says that “Tisha B’Av should occur before the portion Vaetchanan.” The Bi’ur Halakhah explains that the real issue is that the Shabbat before Tisha B’Av, called Shabbat Hazon, should feature the reading of parashat Devarim, which is a portion that contains constructive criticism of Israel, particularly concerning the sin of the spies, on account of which the Israelites were doomed to wander the wilderness for forty years — the first tragedy to occur on the ninth of Av.  The idea is that on Tisha B’Av we face into and accept our collective responsibility for the calamities of our history, especially the destruction of the Temple, that also occurred on Tisha B’Av because of groundless hatred and the conflict of Jews among each other. This internal strife weakened us and made us vulnerable to enemies. It is a core principle of Torah that we do not blame others for our failures – we accept responsibility and by doing so empower ourselves and each other to fix our mistakes. So parashat Devarim, that contains Moshe’s constructive criticism of Israel, should always come before Tisha B’Av.

But parashat Devarim also emphasizes the unity of Israel, in its opening verse:

Rabbi Eliyahu ben Shlomo Zalman, the Vilna Gaon, notes that the phrase “to all Israel” that appears in this verse is unique. Most of the Torah statements of Moshe Rabbenu were addressed to Israel as a whole, but this is the only time that this is stated explicitly. According to the Vilna Gaon, Moshe at this moment was encouraging all Israel to cultivate a sense of oneness, to be one nation, the totality of Israel.

This is an essential lesson as Israel was about to enter and take responsibility for the Land of Israel.  And it’s an essential lesson for Tisha B’Av, commemorating our loss of control of the Land of Israel. Especially in these days, when anti-Israel and anti-Jewish animus, incited largely by the Palestinians in collusion with the Western left and its perverse politics of resentment, is reaching alarming levels around the world, we need to learn to stop bickering among ourselves in Israel and between the Jewish communities in Israel and the U.S. It was such bickering that weakened us as Rome was threatening, and today it’s Iran and its proxies ganging up against us. To counter and repair the corrosive effects of internal conflict and groundless hatred, we need, urgently, to recognize our kinship and unity and rededicate ourselves to loving our neighbor as ourselves, as the Vilna Gaon and the Ari z”l encourage. In this way, Tisha B’Av, a commemoration of destruction, becomes the impetus for deep repair, as the prophet Zekhariah promises: 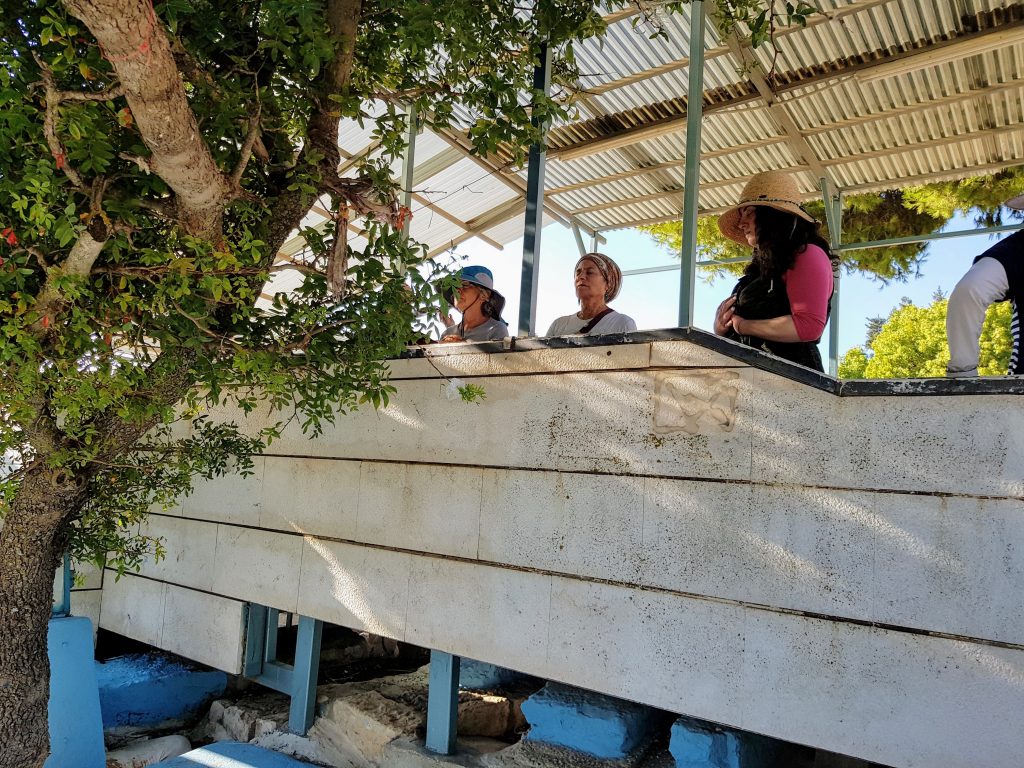 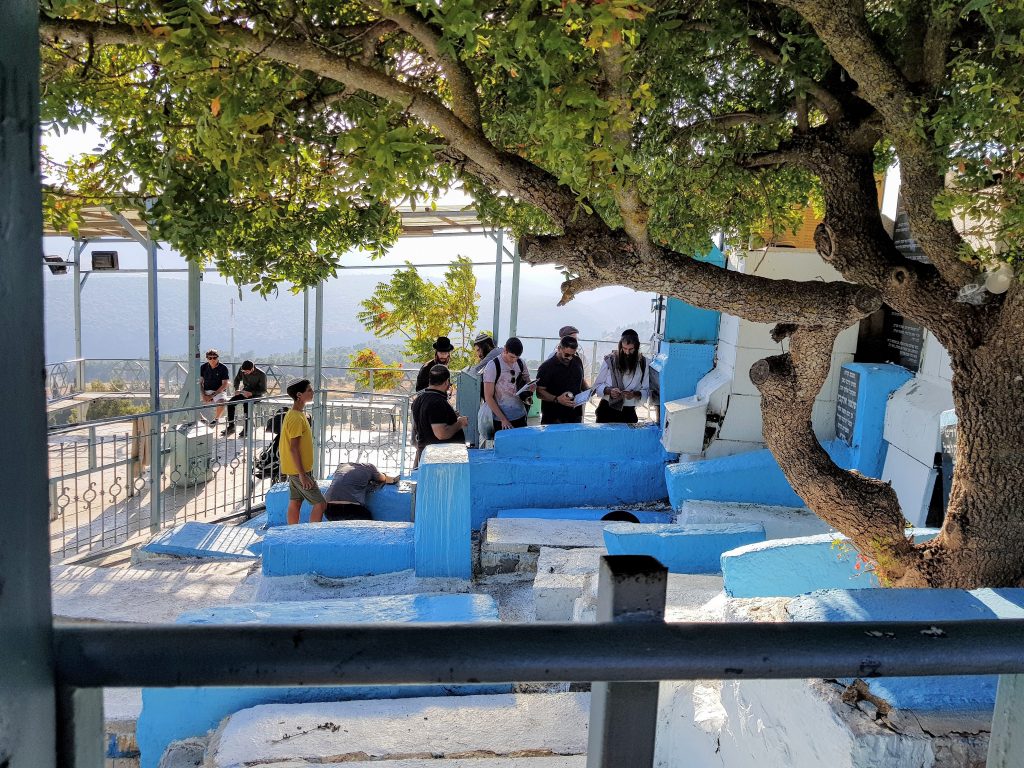 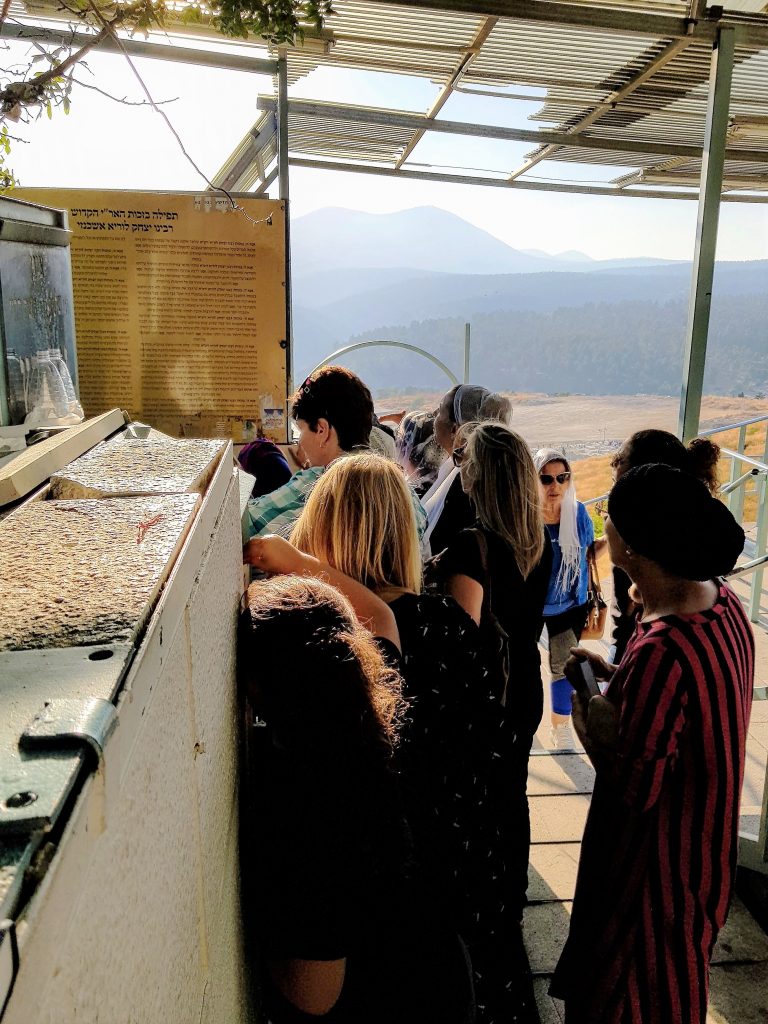 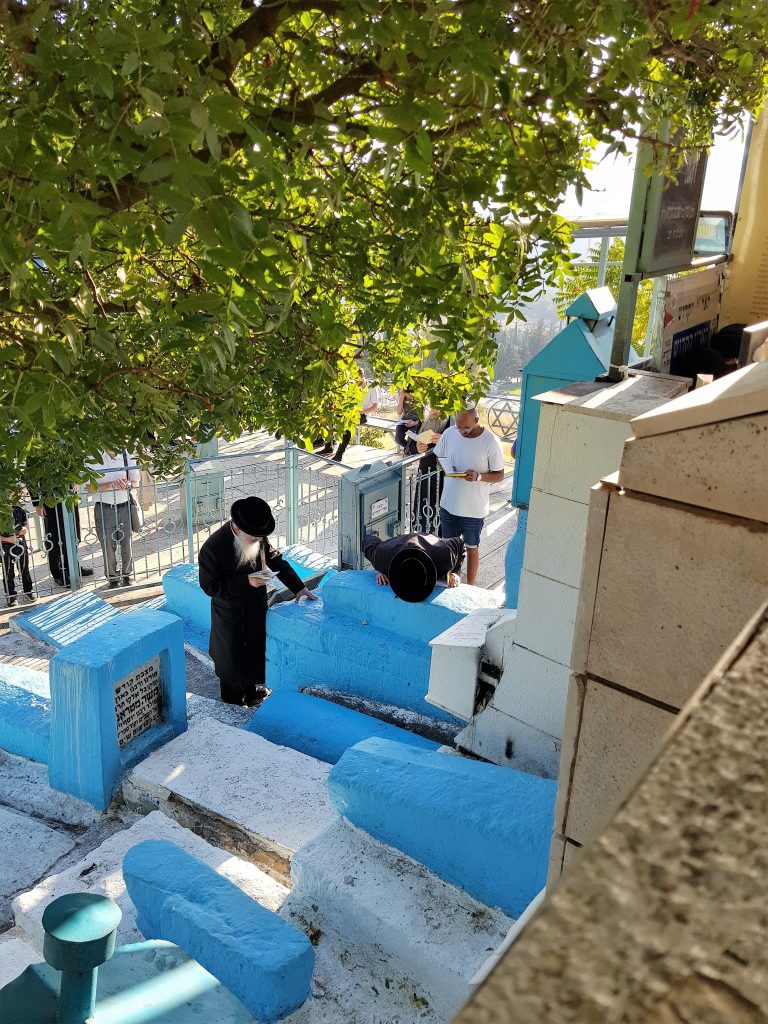