We’re spending the ten days of repentance and Yom Kippur in Melbourne, and enjoying getting to know the Jewish community. The members of our son’s congregation, Blake Street Hebrew Congregation, are sincere and thoughtful, helpful and hospitable, and we’ve found the people of Melbourne relaxed and friendly in general. We were riding the tram back from a visit to the National Gallery of Victoria and struck up a conversation with a woman next to us who told us a bit of her story and lamented that she had not learned her grandparents’ stories deeply enough. They were from Germany and survived the Shoah, coming to Australia after the war. Now she’s concerned about transmitting the family stories to her own children. At stake is their awareness of their true, full identity. We agreed that this is especially challenging for the next generation of children with all the distractions they face. And I realized that this conversation was not just casual – it connected to this week’s parashah that speaks of the process of transmitting Torah, our stories, wisdom and values, to the next generation (Dt. 31:12-13). And for the woman and for us our conversation related to the Teshuvah process we are engaged in during these ten days, culminating in Yom Kippur. Teshuvah about fully coming to terms with who we really are.

Maybe we can get some insight from a deeper understanding of the process of Teshuvah at its most focused and intense: on Yom Kippur. According to the Rambam, the essential mitzvah action of Teshuvah is the Viduy, our honest confession of our mistakes and transgressions of the past year, and, according to the Gemara Yuma, of past years as well. Each of our tefillot on Yom Kippur includes sections devoted to confession. The liturgy of the Machzor provides confessional formulae in acrostic form covering a miscellany of mistakes of action, word and thought. But just reciting these lists doesn’t fulfill the mitzvah – they are only intended as suggested categories which we can use to prompt ourselves to go deeper into our own, personal, honest introspection. During these confessional litanies each of us has an opportunity to step off the tefillah tram for a while and take some real time to introspect.

The essential model for confession comes from the confessions of the Kohen Gadol during the Yom Kippur service in the Holy Temple. In the time of the Tabernacle and Holy Temple, the service of Yom Kippur dramatically enacted the process of Teshuvah. The service reached in two directions: inner-directed devotional actions that purified the Holy Temple itself and its sacred symbolic furniture to its innermost sacred space, the Holy of Holies; and an outer-directed devotional service that symbolically sent the sins of Israel out into the wilderness on the back of the scapegoat. The starting point for both the inner and outer processes was the set of three Viduyim, or confessions made by the Kohen Gadol at the doorway to the Holy Temple building itself. One confession is for himself and his family made over a bull that is sacrificed in the Temple, a second is for the greater community of Kohanim made over the goat that is also sacrificed in the Temple, and the third is for all of Am Yisrael made over the scapegoat that is not sacrificed inside the Temple, but rather sent out into the wilderness.

In one of his penetrating analyses of the Temple service of Yom Kippur discussed in the Gemara Yuma, Rav Soloveitchik ztz”l notes that though the scapegoat is ultimately sent out of the Temple precincts, out into the wilderness, there is a point in the process at which it, too, is considered an inner sacred sacrifice, equal in holiness to the other two sacrifices: up to and during the confession of the sins of Israel by the Kohen Gadol. In fact, the three confessions at the door of the Temple are all moments of highest holiness, in which the Kohen Gadol stands directly in the presence of God (Shiurei haGaon Rav Yosef Dov, Kunteres Avodat Yom haKippurim, 140). Though there are many moments of high sanctity in the Yom Kippur service, these three confessions – which don’t take place in the Holy of Holies but at the doorstep of the Temple building, between the inner and the outer –  are the spiritual climax of the day. It is during these confessions that the Kohen Gadol pronounces the explicit Name of God and all Israel shares in the revelation, bowing down and exclaiming “blessed be the name of the glory of His kingdom forever and ever.”

It’s significant that the Kohen Gadol makes three confessions: for himself and his immediate family, for his larger family of Kohanim, and for his whole nation. He locates himself, his family and his community before HaShem within the totality of the Jewish people.

For us as well, the moments of deep personal confession during tefillah offer opportunities for a profound spiritual experience. We don’t pronounce the Name of God in our confessions, but a true confession is a moment of realizing we are standing in the presence of God. And though the focus is on our shortcomings, we are really revealing ourselves to God in our total being – as individuals, as members of a family, as members of a community, as members of a nation. We come to appreciate the impact of our failings when we measure them against the moral standards and spiritual ideals of Torah, and against our personal goals and our sense of our personal, communal and national destiny. Our ideals direct our drive to improve. So our full confession is revealing ourselves and the full story of who we are to God. As Maimonides says in Hilkhot Teshuvah, after acknowledging and regretting our mistakes and resolving not to repeat them, we invoke HaShem Himself:

And he shall set as witness upon himself He Who knows hidden things – that he will never ever return to this sin.

Our complete Teshuvah process brings us directly into God’s Presence: we call God, Who knows all hidden things, who knows us and knows our story to its deepest hidden recesses, to witness that we are completely sincere in committing to changing our ways, and trying to live up to our promise. As the prophet Hoshea says in the haftarah for Shabbat Shuvah: “Return, Israel, unto HaShem your God (Hos. 14:2).” In the Gemara Yuma (86a) Rabbi Levi expounds this verse: “Great is Teshuvah for it reaches unto the Throne of Glory.”

This is why a moment of Teshuvah in this world can be greater than even the spiritual contentment of the World to Come. In a true moment of Teshuvah, no matter where we are, we invoke HaShem directly and come into awareness that we stand directly in God’s Presence. We reveal ourselves to God and He testifies and encourages us to live up to our destiny. This is the real work of Teshuvah, and sometimes even a casual conversation with a stranger on a tram can point us in the right direction. 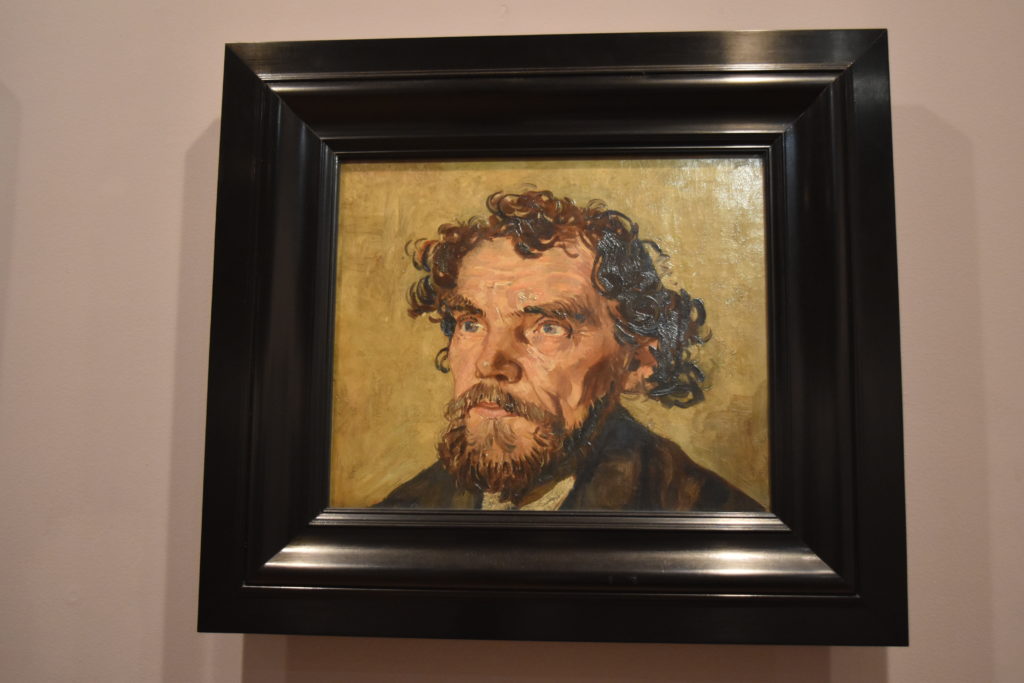 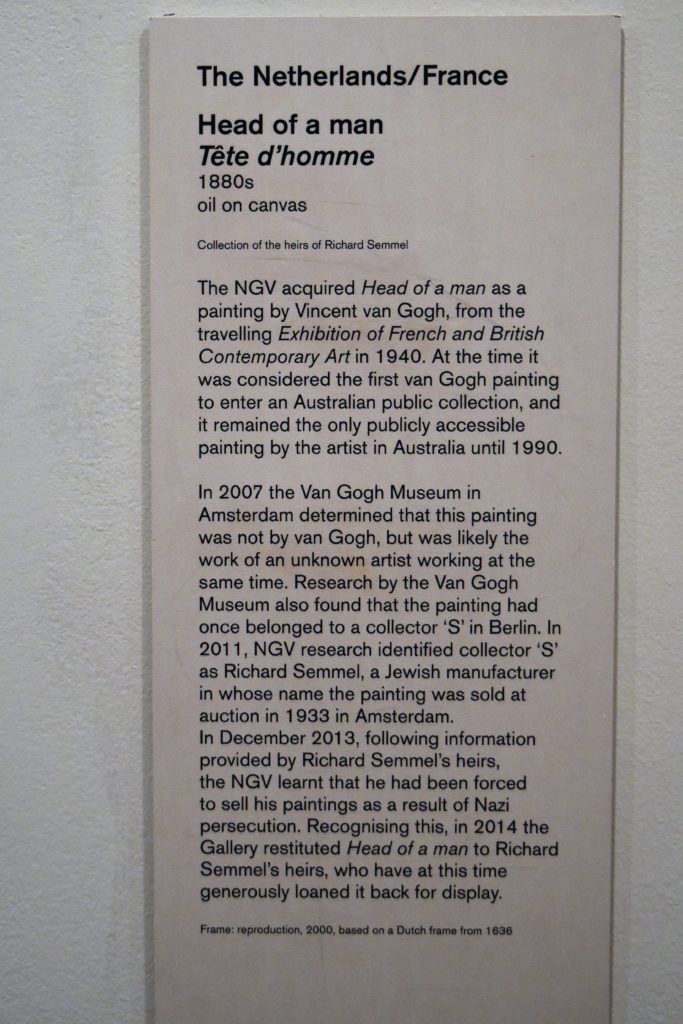