Israeli civil bureaucracy is a bit notorious for its complexity and rigidity. It’s saddled with lingering influences from Ottoman and British occupation and the Russian and Eastern European backgrounds of some of the early Jewish groups who returned in the Aliyah movements of the nineteenth and twentieth centuries and set up the departments of state. But then, every once in a while, you get a moment of mercy, as we did this week.

My wife had been trying to file online all the documents necessary to get permission for a family member to enter the country for a family Simcha, a challenge right now during the resurging pandemic, and we were hitting wall after Kafkaesque wall, week after week. Finally, time was growing short, so we decided to go personally to the local Ministry of Interior office here in Tzfat. When we entered the office, the usually bustling place was quiet; just a security officer and an intake person at the door, a clerk yawning at her station, and some guys in a back room. The security officer was giving my wife a hard time getting in, telling her we should handle all this online, but she persisted and the guard asked her name. When she said her name aloud, one of the guys in the back room called out her name in surprise and came out to meet us. Just at that very moment he had been looking over the documents she had submitted online days earlier. He was warm and welcoming, ushered her into his office, resolved all issues and approved everything in a few minutes. Chasdei HaShem!

We tend to interpret these special moments of synchronicity as reassurance that there’s a guiding Hand in our lives. Rabbenu Azriel of Gerona notes that most of the miracles of biblical tradition are miracles of timing: the plagues in Egypt were extremes of nature but timed to just when Moshe called for them; the splitting of the Sea occurred just when Israel desperately needed an escape route; a flock of quails arrives just when the Israelites complain about food, and many other examples. The impeccable timing implies that Israel is in the direct, personal care of God.

You are children of HaShem your God, do not cut or shave yourselves between your eyes in mourning for the dead. For you are a holy people to HaShem your God, and you HaShem chose to be for Him a special possession, out of all the nations on the face of the earth (Dt. 14:1,2).

The halakhic context is that we should not mutilate ourselves the way some religious groups of the Middle East did, and still do, in their mourning rituals, because we are a precious people, body and soul. We are in God’s direct providential care, we are all children of God, so to speak. But this designation as God’s family is much misunderstood by Jews and non-Jews alike. Some non-Jews resent this notion of Israel as a chosen people, though, frankly, the scripture and tradition of every religious community make the claim that they are special to their deity. Some Jews take this in a self-congratulatory, triumphal way – even though just little earlier Moshe had said, with brutal honesty:

Not because you are greater in number than all other nations did HaShem desire you and choose you, for you are the least of all nations (Dt. 7:7)

So we should not put on any airs. What, then, is the meaning and basis for being a special, holy people, children of God, getting God’s special providential attention? What is the meaning of the merit of Avraham, Yitzchak and Yaakov?

In the Gemara Baba Kama (2b) a distinction is made between the vulnerability of an animal to injury from another animal, and the vulnerability of a human being to being injured by an animal. The rabbis note that in the Torah, when an ox is severely injured by another ox, the ox is said to be “pushed,” whereas when a human is injured by an ox the term used is “gored,” a more precisely focused attack. The rabbis conclude that a human being “who has a mazal,” can usually only be harmed by a more focused attack, while animals, which do not have a mazal, can be injured more easily. Rashi explains “mazal” in this instance not as luck, nor as planetary influence, nor as a guardian angel (cf. Shabbat 53b), but rather, that a human being “has knowledge to guard his body.” The sensitive vigilance of human consciousness affords some degree of protective care.

Maimonides takes this point further, and in a detailed discussion of the nature of divine Providence in his Guide of the Perplexed he sums up the theory:

When any human individual has obtained, because of the disposition of his substance and his training, a greater portion of this efflux [of divine Intellect] than others, providence will of necessity watch more carefully over him than over others – if providence is, as I have stated, consequent upon the intellect. Accordingly, divine providence does not apply in an equal manner to all the individuals of the human species, rather, greater providence is accorded to those with greater human perfection relative to each other. Consequently, it is necessarily so that His providential care for prophets is exceedingly powerful, according to their level in prophecy, and that His providential care for righteous and good people is proportionate to their righteousness and integrity. For it is the measure of this efflux of the divine Intellect that places prophecy in the mouths of prophets and grants integrity to the actions of good people and perfects the wisdom of the righteous in what they know. As for the ignorant and the disobedient, their state is degraded in proportion to their lack of this divine efflux… This is one of the fundamental principles of Torah, upon which it is built, that is, that divine providence cares for each and every person in the manner proper to them (3:18).

The foundation of Maimonides’ theory of divine providence is the principle that human consciousness receives a continual efflux from divine Intellect itself. Later in the Guide he states:

The [divine Intellect] is the connection between us and HaShem, blessed be He. Just as we apprehend Him by means of that light which He has caused to flow upon us, as it says “in Your light we see light (Ps. 36:10),” so, too, by that very light itself He gazes upon us, and because of it He is always with us, gazing and seeing (3:52).

Everyone human being is being gifted this efflux from God at every moment, but not every human being takes advantage of this gift in the same way. According to whether we receive and cultivate it through virtuous action, disciplined thinking and training in wisdom, or ignore or reject it through bad moral and mental habits, so, in proportion, are we connected to or estranged from God’s providential attention and care.

Notice that Maimonides does not restrict this intimate connection between God’s Consciousness and our consciousness only to Israel, nor does he restrict God’s providential care only to Israel. All human beings have this connection. This is consonant with Maimonides’ understanding of God’s providential care in his Mishneh Torah, Laws of Shmittah and Yovel, 13:13, based on the opinion of Rabbi Meir in the Gemara Baba Kama 38a. At the end of his discussion of God’s provisions for the tribe of Levi, that leads a spiritual life dedicated to divine service on behalf of Israel and the spiritual and ethical education of Israel, he states:

Not just the tribe of Levi alone, but each and every person of all people of the world whose spirit prompts him and he understands from his own mind to distinguish himself and stand before HaShem, to minister to Him and serve Him, to know HaShem and walk with integrity the way God made him, and who casts from off his neck the yoke of the many calculations that people seek – behold, such a person is sanctified holy of holies, and HaShem will be his portion and inheritance for ever and ever, and he shall merit in this world that which is sufficient for him, just as do the Kohanim and Levi’im. As King David, peace be upon him, says “HaShem is my portion and my cup, You support my lot (Ps. 16:5).

God’s providential care is offered to every human being, and good people everywhere can strengthen their connection with God through cultivating virtue and wisdom. Emmanuel Levinas suggests that if the Torah focuses on the special relationship God has with Israel, as descendants of Avraham, Yitzchak and Yaakov, it’s only insofar as Israelites have, not the entitlement, but the responsibility to comport ourselves as essential, authentic human beings who care for the needs of other human beings in the manner of Avraham, Yitzchak and Yaakov:

This is a family to which every human being can belong. Every human being who devotes him and herself to virtue and wisdom, to caring for others, can realize his and her potential to be embraced as child of God. As such, every human being can earn God’s continual providential care. And we can all realize that God is caring for us, not just at special moments of synchronicity, in which realize gratefully that we are cared for in a marvelous way, but really on all our paths, at every moment of our lives, together. 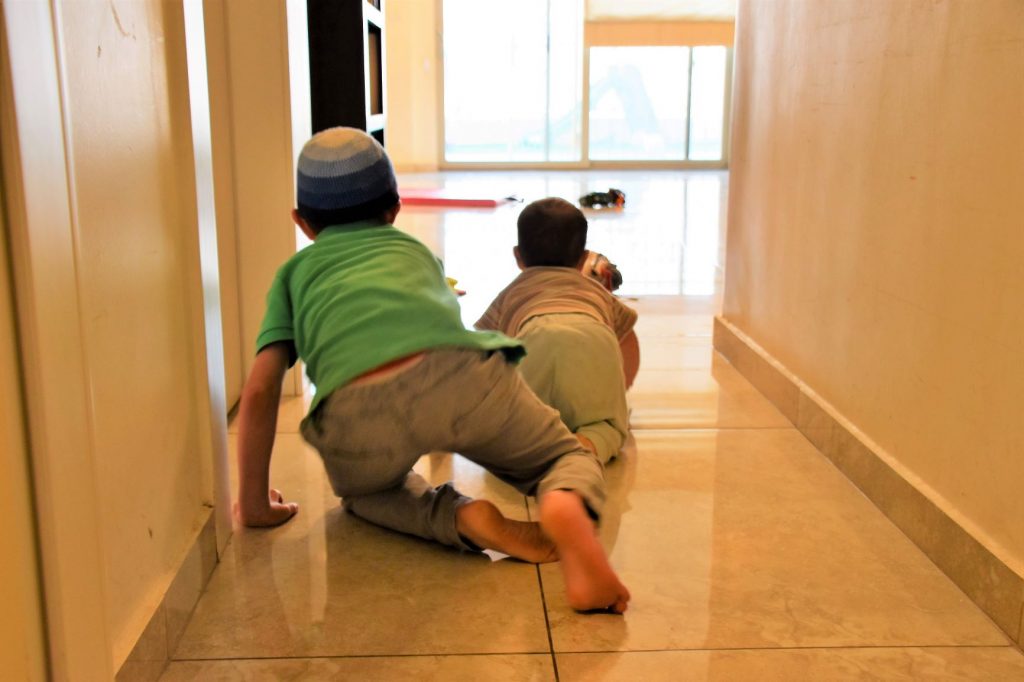