In the continuing saga of fixing our roof, we had to have some work done on a leaky balcony, which included hauling away some debris. The man who did the hauling, who was highly recommended, comes from the nearby Arab village of Akhbarah, which is mentioned in the Gemara as the site of the important Batei Midrash of Rabbi Yannai and later of Rabbi Yosi bar Avin in the Talmudic period. He’s a sweet older man, driving his tractor and wooden cart through Tzfat patiently at 8 kilometers an hour from place to place. We chatted while he waited for the cart to fill, and when he was about to leave he brought us some pecans he had with him from his tree at home. I ate some while sitting down to write this post – fresh and sweet. There are moments when you get a glimpse of the simple, friendly good-heartedness that should be possible among all people in this struggling part of the world.

This week’s parashah features the initial struggles of Yaakov Avinu with his dangerous twin brother Esav, born moments before him. First, Yaakov takes advantage of Esav in a weak moment to buy from him the firstborn birthright. Later, with his mother Rivka’s urging and help, he engages in a deception to receive a blessing for success that his father Yitzhak announced he intended to give to Esav. But according to Rabbi David Kimchi the most essential blessing for Yaakov is the one he receives from his father at the very end of the parashah: “birkat Avraham – the blessing of Avraham,” to continue the lineage, the inheritance and the great spiritual destiny of Avraham and Sarah. It was meant for Yaakov all along, and Yitzhak always intended to give it to him, because he knew Yaakov was worthy of it (Gen. 27:4). So why did Yaakov need to struggle so hard and engage in apparent deceptive tactics for the birthright and the previous blessing?

The Gemara Moed Katan relates that R Shimon bar Yochai was once visited by two rabbinic scholars and was impressed with their learning. When they took leave of him, he encouraged his young son Eleazar to run after them and ask them for a blessing, since they are “people of substance.” So Eleazar runs and catches up with them:

In the Gemara Pesachim (50a) it relates that Yosef, the son of Rabbi Yehoshua, once fell ill and fainted and had a near-death experience. His father asked him “what did you see?” He said “I saw an upside-down world. Those who were above here were below there, and those who are below here were above there.” His father said to him: “my son, you saw a clear world.” The point is that it’s this world that is upside-down. It’s as true today as it was then. We live in a world where violent groups like Hamas and Hezballah and ISIS and violent nations like Iran and Syria, that cruelly bully and abuse their own people and terrorize others, are coddled and appeased, where moral relativism has left people unable to recognize the difference between good and evil, where lies and propaganda propagated by unprincipled media poison people’s minds. A recent article in Tablet by Richard Landes on the way the Western media collaborates with Palestinians in staging and creating fake news to make it seem like Israel is a brutal aggressor and Palestinians the innocent victims makes chilling reading. As much as ever we need to learn how to see through lies and discern truth in an upside-down world.

This was what Yaakov Avinu had to deal with. Rashi brings the midrash Tanchuma that Esav deceived his father Yitzhak, pretending he was morally upright and careful in mitzvah practice (Gen. 25:28), whereas in fact he was a cruel and violent bully. When it seems like such deception will earn Esav a powerful blessing which can be misused for even more oppression, Yaakov engages in what seems like reprehensible deception himself, but it’s deception to turn an upside-down situation right-side up. Yaakov had to struggle to bring forth the true and honest blessing in this world.

So, too, Rabbi Shimon bar Yochai’s son Eleazar, who will become the great Rabbi Eleazar, known in the Talmud for his moral discernment, learns to recognize positive blessings hidden in what seemed like negative terms.

Maybe this skill can be taken further. In Tehillim 92, which we read on Shabbat, it says:

A crude person does not know and a fool does not understand this. When the wicked flourish like grass and all the workers of iniquity sprout, it’s to destroy them forever.

Does this mean that the current period in which terrible violence and falsehood are flourishing in the world is a kind of catharsis, as the Psalm suggests, that the worst elements of Western and Middle Eastern culture are being brought out into the open, to be recognized for what they are and ultimately rejected by honest people of good heart? It’s hard to see a blessing in all this perversity. The First World War was supposed to be “the war to end all wars.” The Shoah was supposed to teach humanity “never again.” The Psalm is encouraging us to learn to read reality deeply and with nuance.

We were taking a visiting family on a tour of Tzfat yesterday and popped in to the venerable, colorful Beit Knesset Abuhav, one of the oldest synagogues in town, founded by the exiles from Spain in 1492. Rabbi Shmuel Eliyahu, the warm and dynamic Chief Rabbi of Tzfat, who has occasionally dealt with controversial issues and taken controversial positions, happened to be giving a talk to a visiting group of high school students from a public school. We came in at a point in which he said to them: whatever the world looks like, however difficult and complicated things might seem in your life, remember to see through it all that HaShem loves you and His blessings are all around you.

And a simple gift from a good-hearted Arab neighbor is a reminder there are good people everywhere who help us all turn the world right-side up together, and there’s a blessing in that. 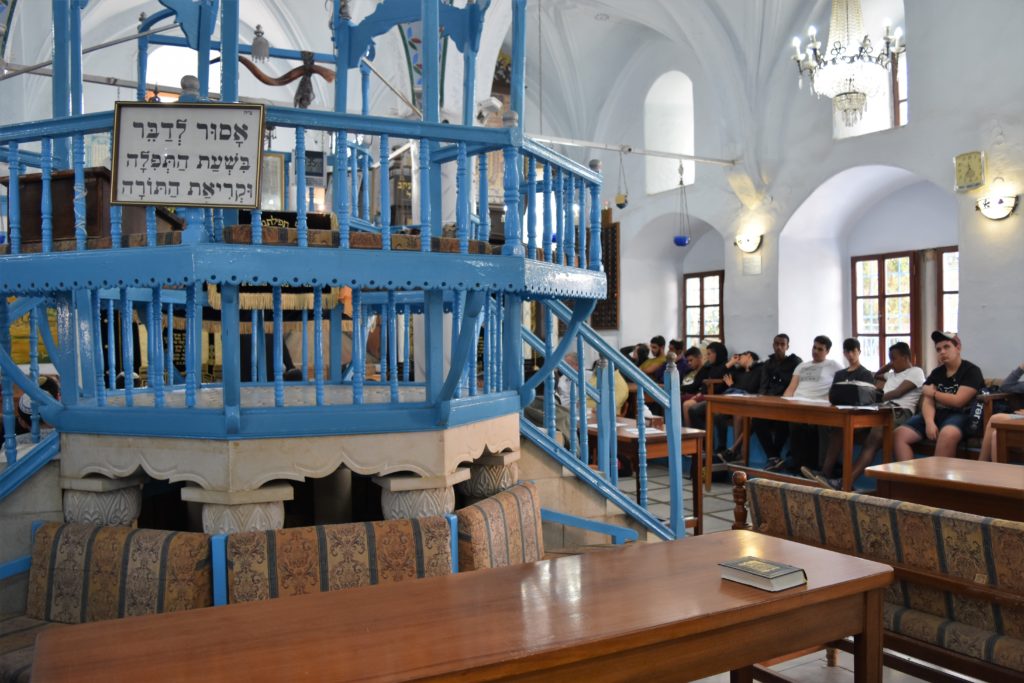 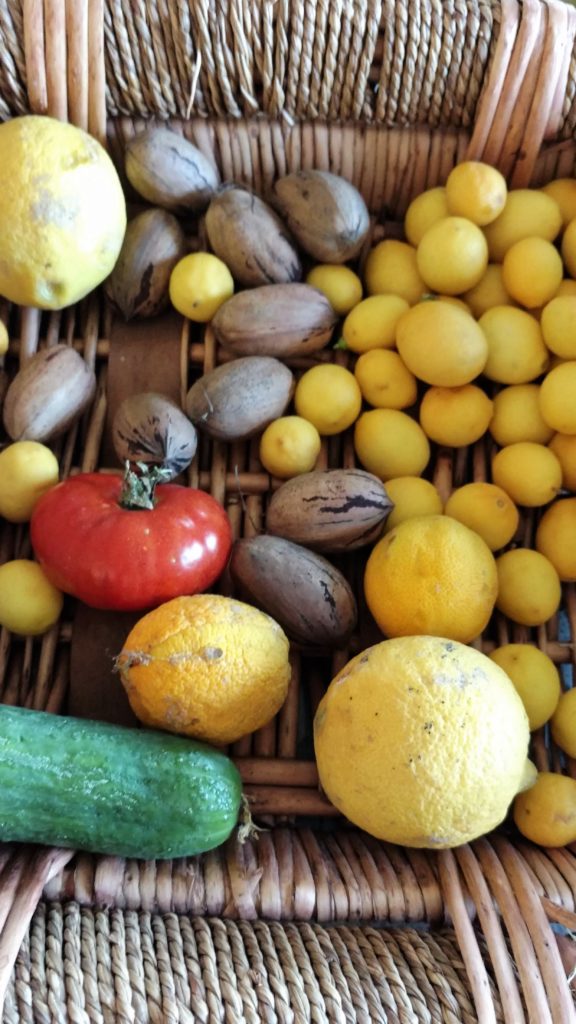 3 thoughts on “This Side Up”